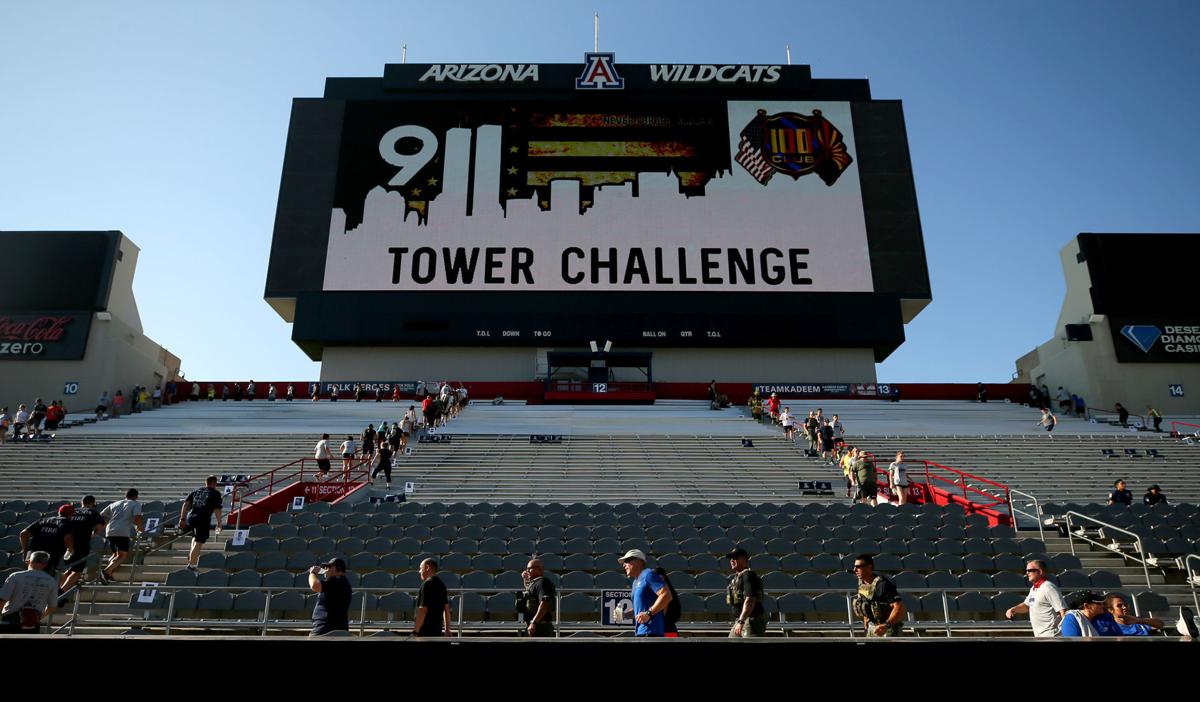 Participants in the 9/11 Tower Challenge climb 2,071 steps — the same number as in the World Trade Center’s twin towers. 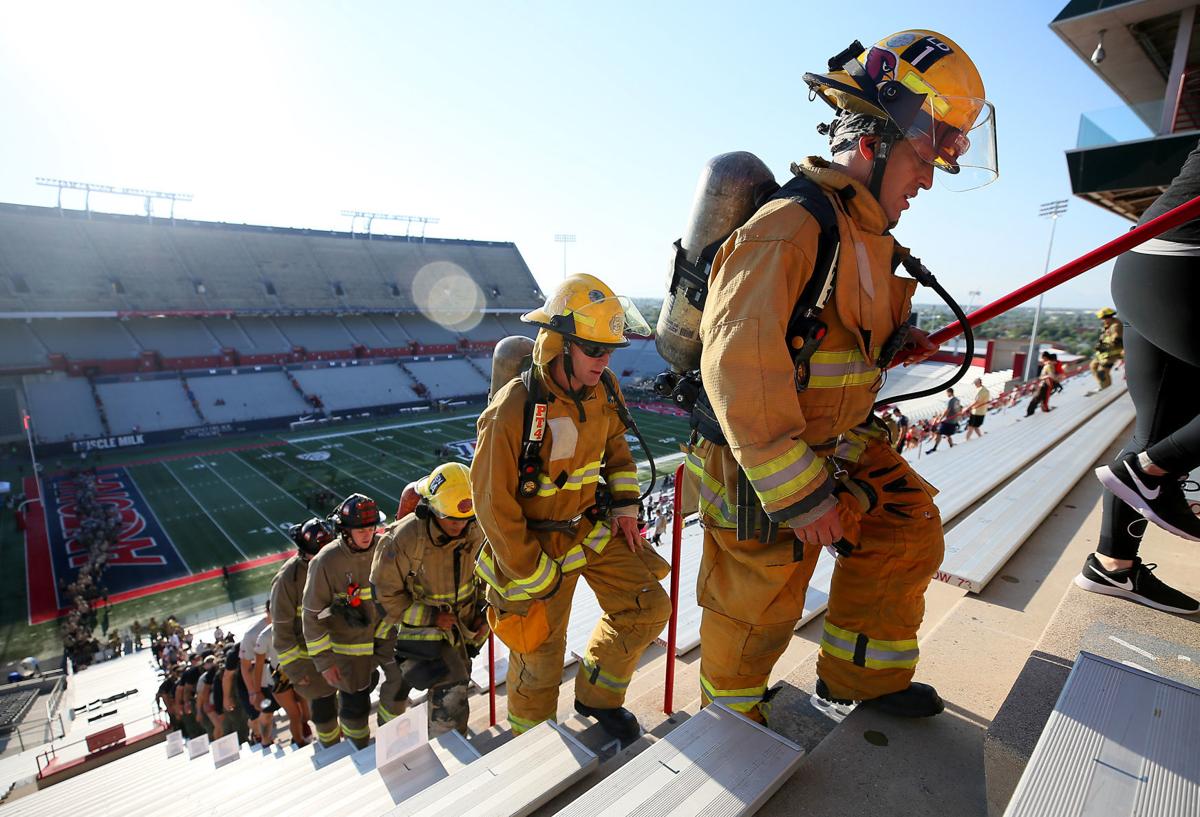 Firefighters from the Tucson Fire Department took part in last year’s Tower Challenge. The event is open to the public.

At the World Trade Center, 2,763 died after the two planes slammed into the twin towers. That figure includes 343 firefighters and paramedics, 23 New York City police officers and 37 Port Authority police officers who were struggling to complete an evacuation of the buildings and save the office workers trapped on higher floors.

At the Pentagon, 189 people were killed, including 64 on American Airlines Flight 77, the airliner that struck the building. On Flight 93, 44 people died when the plane crash-landed in Pennsylvania.

For those of us who can remember, the memories of where we were while watching the events unfold are everlasting. This day forever changed our lives. These events are being held to honor those we lost, survived and their families.

Never Forgotten Tower Challenge: Keynote Dinner — Site 17 Event Center, 840 E. 17th St. James Gagliano, CNN law enforcement analyst, would have been at ground zero on Sept. 11 but for a dental appointment. He arrived as the first tower fell. He led a team of investigators gathering remains and evidence at the site for several months after the attacks. 5:30 p.m. registration; 6 p.m. dinner. Sept. 10. $35. 911TowerChallengeFoundation.org.

9/11 Tower Challenge — University of Arizona Football Stadium, 1 National Championship Drive. Remembering those who made the ultimate sacrifice. The World Trade Center’s Twin Towers each consisted of 110 floors and 2,071 steps, and each year thousands of people across Arizona walk, climb and run the stairs to remember. First responders (fire/police/military) and family members can take part. Check website or call for full details. Open to the public. Register online at 911TowerChallengeFoundation.org 6:30 a.m. Sept. 11. 329-2462.

What can you recycle in Tucson and what should you just throw away?

See if you know some of these recycling rules. We'll be adding to the list over time. The answers, regardless of whether you are correct, will…

After 10 years and 2 days the original Tucson Tamale Company restaurant is closing, hoping to return again.

Participants in the 9/11 Tower Challenge climb 2,071 steps — the same number as in the World Trade Center’s twin towers.

Firefighters from the Tucson Fire Department took part in last year’s Tower Challenge. The event is open to the public.