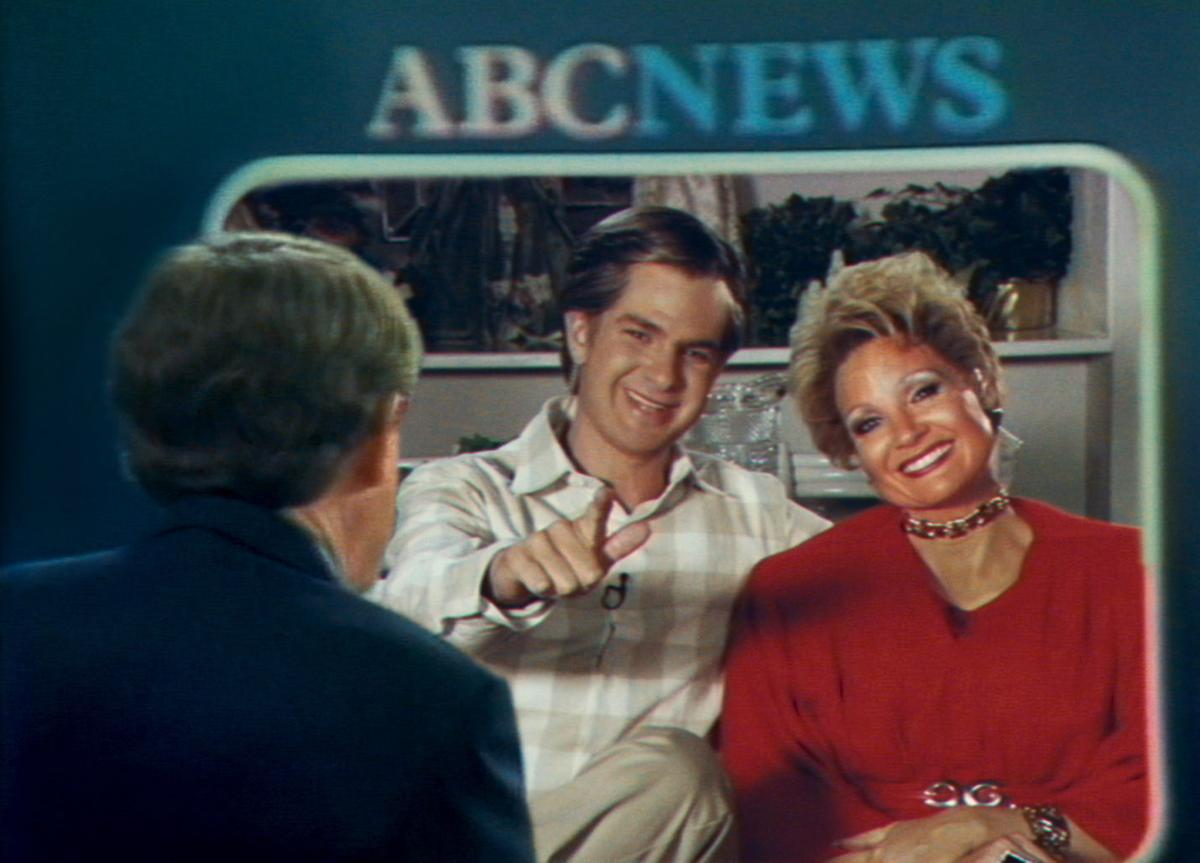 Andrew Garfield as Jim Bakker and Jessica Chastain as Tammy Faye Bakker talk with a reporter in "The Eyes of Tammy Faye." 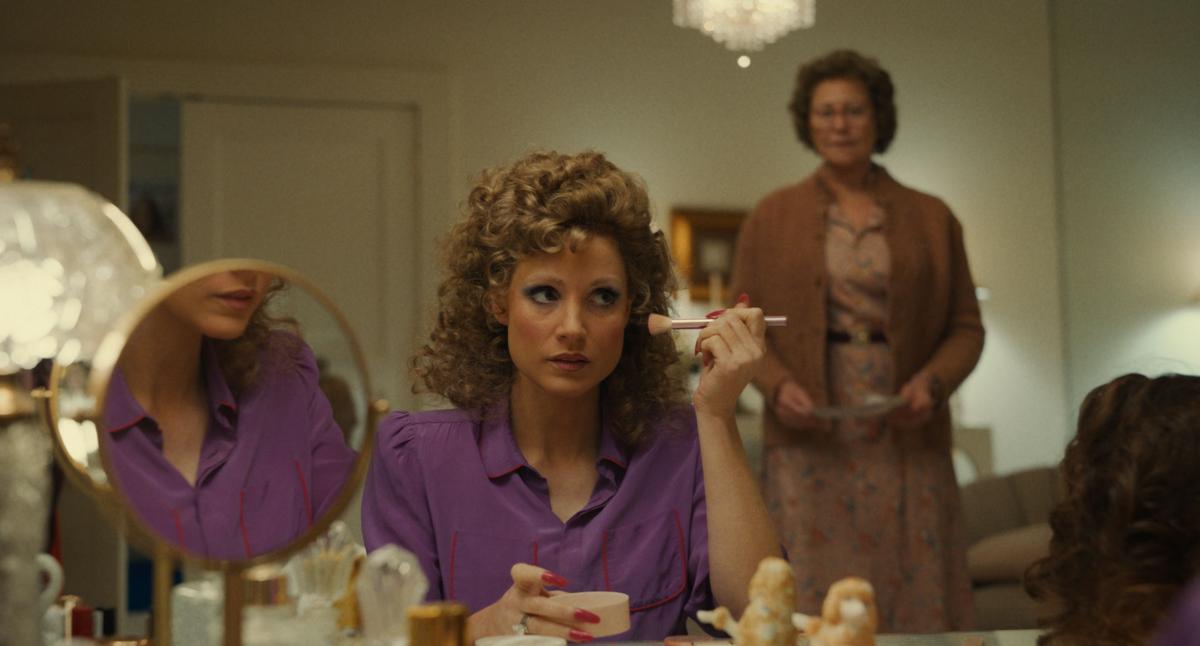 Tammy Faye (Jessica Chastain) puts on her makeup while mom (Cherry Jones) tries to talk to her in "The Eyes of Tammy Faye." 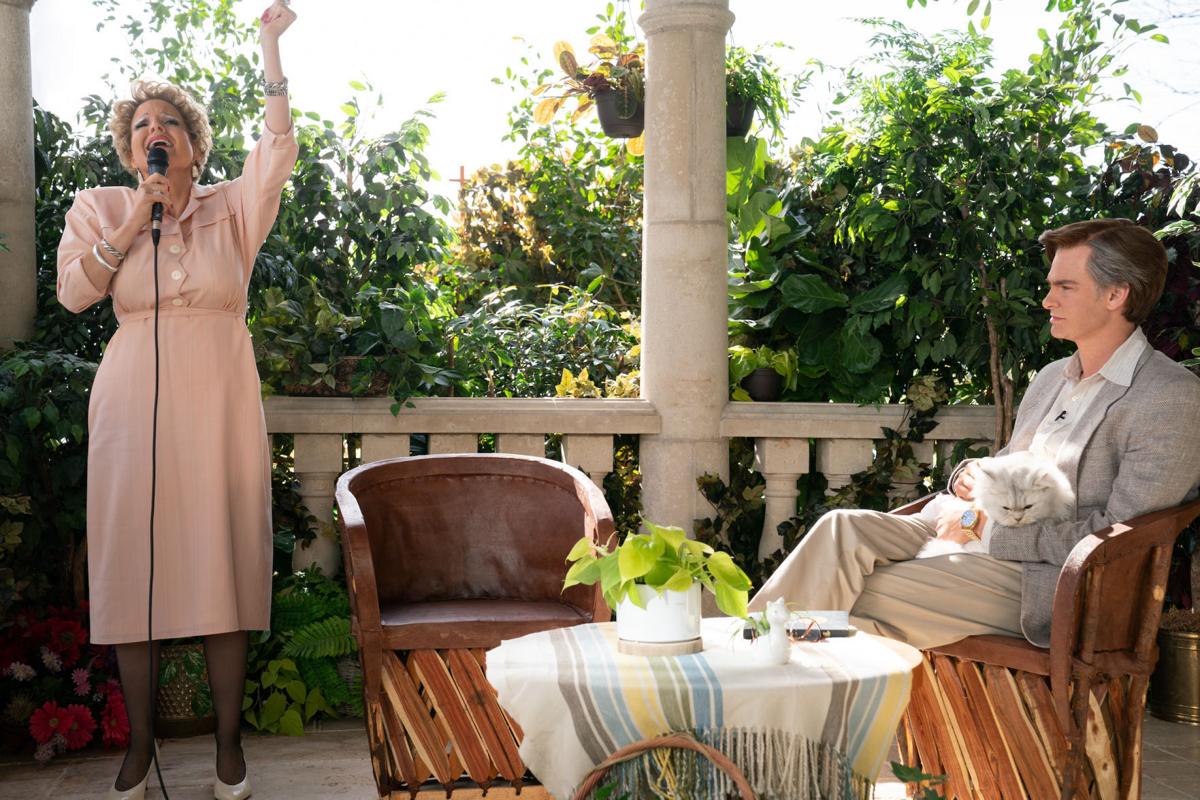 Tammy Faye (Jessica Chastain) sings with an audience of one -- husband Jim (Andrew Garfield) in "The Eyes of Tammy Faye."

There’s a great musical – maybe an opera – lurking in the story of evangelists Tammy Faye and Jim Bakker.

Highly theatrical and colorful, the two brought a secular audience into the charismatic tent and shocked with their headline-grabbing antics.

But what were the real Jim and Tammy like? In “The Eyes of Tammy Faye,” director Michael Showalter tries to explain but gets caught up in the glitz that detracted followers.

Instead of detailing a portion of the headlines, he tries to cover it all and comes away with a film that’s not as telling as it could be.

Certainly, moments pop – particularly when Tammy Faye (Jessica Chastain) is challenging the televangelism old guard. Unwilling to condemn homosexuality, she interviews an AIDS patient and wins a new audience. Eager to be more than just a singer, she talks to medical experts about penile pumps. She’s a wild card who is as much a liability as she is a strength. If Jim (Andrew Garfield) didn’t have his own issues, he might have been able to temper the tempest. Instead, he just made things worse.

Reporters revealed the truth and, promptly, the Bakkers lashed out about the “vicious attacks” pitched their way. “Eyes,” however, sees through the diversion and leans into the lies. There’s plenty of damning evidence to bury the couple. But they push on.

Had this gone the way of “I, Tonya,” “Eyes” might have been a more entertaining film. But it is a very redeeming one for Tammy. Because Chastain approaches her with respect, she’s not just a woman with garish make-up and a penchant for Diet Coke. She’s a caring individual who believes there is such a thing as the prosperity gospel.

Garfield gets all the details right as Jim. His voice is eerily like the real Bakker’s. And when he has outbursts and breakdowns, it’s like we’re in the same room.

The film’s set and costume designers get all the details right, too. The PTL Club looks exactly like it did in the 1980s. And, although Tammy was a little less high fashion than this suggests, they do manage to capture her look without lampooning it.

If anything, “The Eyes of Tammy Faye” humanizes the woman. Chastain gets details – like her Minnesota accent – just right but doesn’t goose them for attention. Instead, she uncovers the woman’s heart and shows how she coped with a spiraling lifestyle.

Showalter uses many of Tammy Faye’s original songs throughout the film. The performances make those broad stroke moments when all was falling apart seem entirely plausible.

When she grabs a microphone and sings the “Battle Hymn of the Republic” it’s moving, not shocking.

Cherry Jones does a fine job as Tammy’s mom. She’s a grounded woman who tries to fire a warning shot but she, too, gets caught up in the trappings of success.

If you happened to watch the PTL Club with any regularity, you know this film doesn’t hit all of the most outrageous moments. But it does suggest plenty.

Thanks to Chastain’s fine work, you’ll see Tammy Faye in a different light. You’ll still marvel at the makeup but you’ll also be able to see beneath it.

WATCH NOW: Movies in a Minute - "House of Gucci"

WATCH NOW: Movies in a Minute - "House of Gucci"

This Thanksgiving weekend is offering a box office feast with two genres that have been lacking on the menu so far this year: family movies and non-franchise films aimed at adults.

Post-turkey day plans? This Tucson spot is kicking off the holiday season

Christmas concerts and an iconic Christmas movie are rolling in to Tucson to get you into the holiday spirit.

The pandemic forced Arizona Opera to pivot when it couldn't perform the world premiere of its commissioned opera in 2020.

Here's a list of films set to premiere this holiday season through Jan. 28.

Andrew Garfield as Jim Bakker and Jessica Chastain as Tammy Faye Bakker talk with a reporter in "The Eyes of Tammy Faye."

Tammy Faye (Jessica Chastain) puts on her makeup while mom (Cherry Jones) tries to talk to her in "The Eyes of Tammy Faye."

Tammy Faye (Jessica Chastain) sings with an audience of one -- husband Jim (Andrew Garfield) in "The Eyes of Tammy Faye."