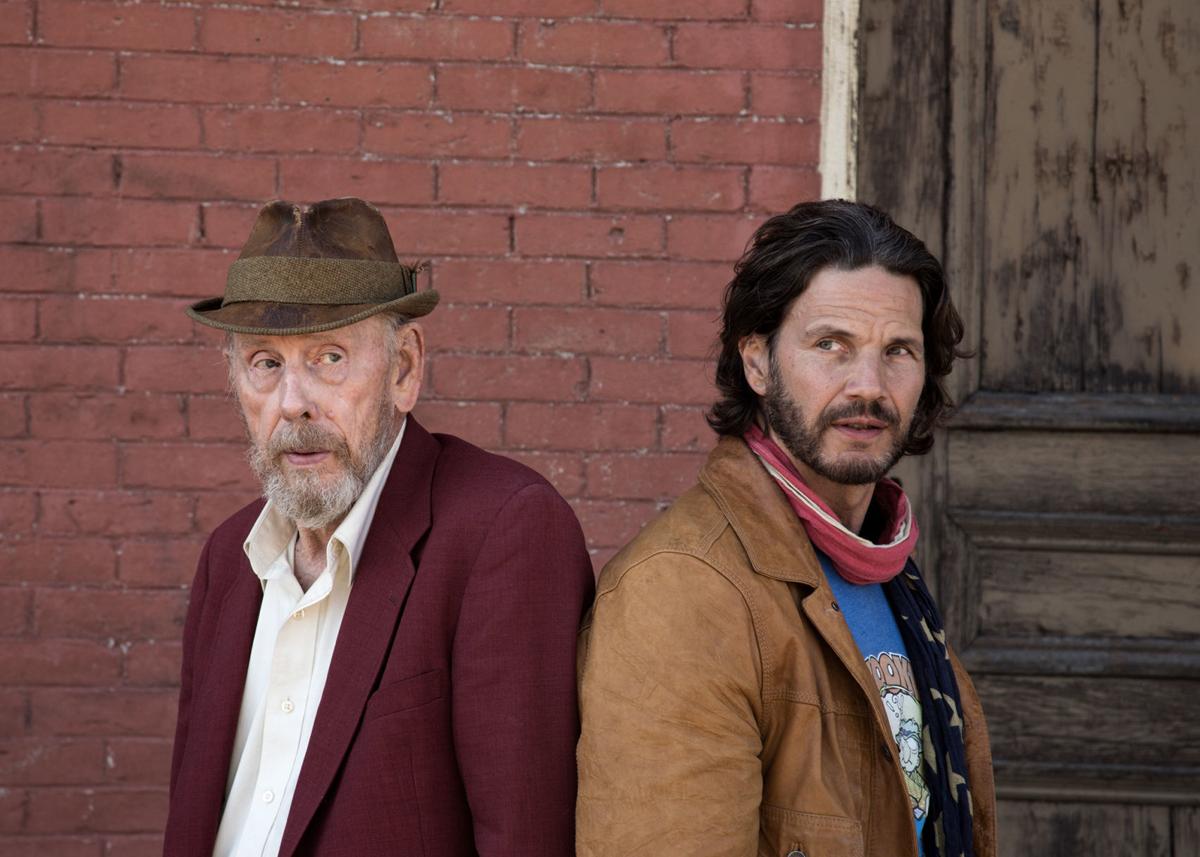 The late Rance Howard, left, and Michael Worth in “Apple Seed.” 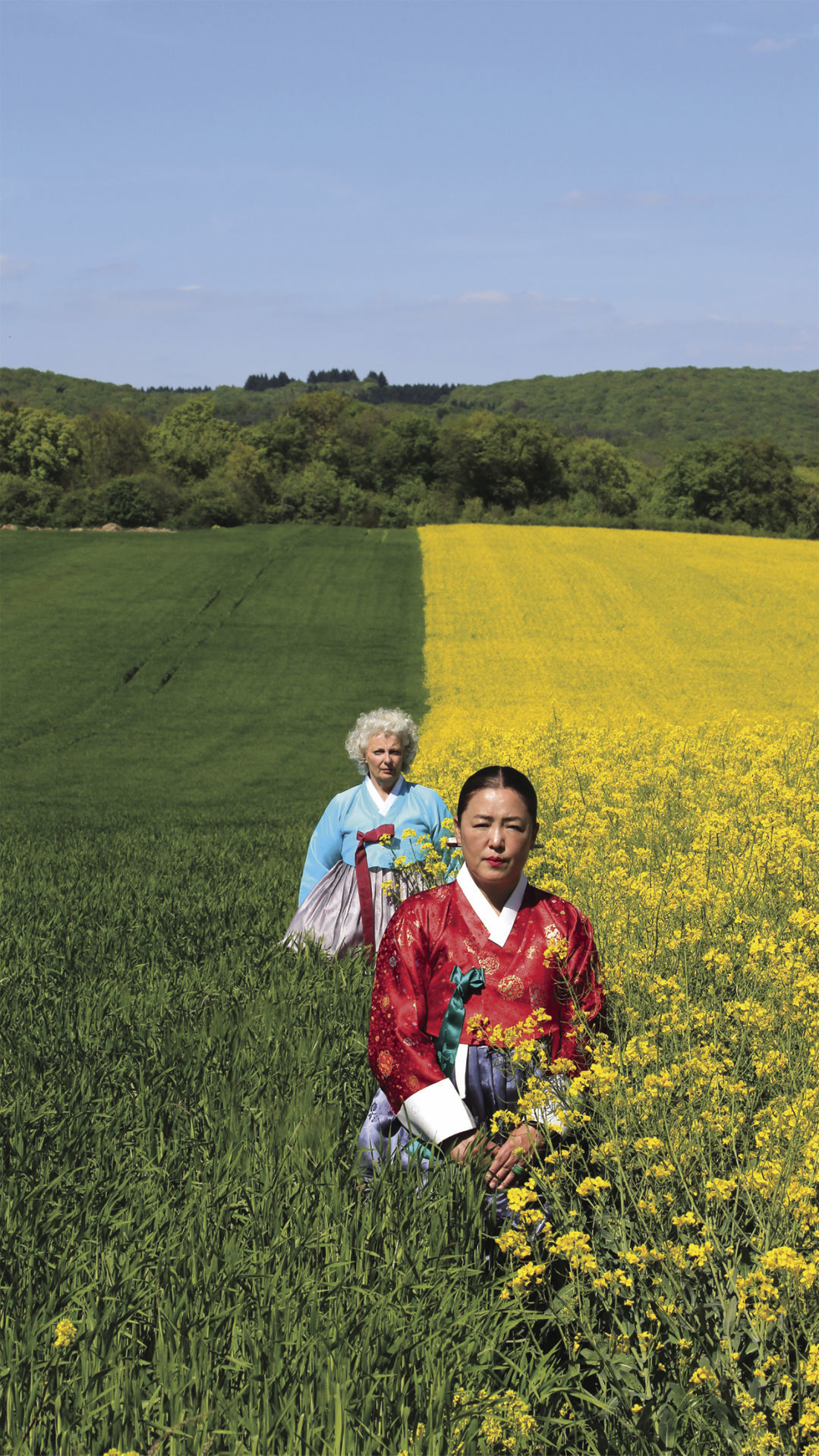 Films from around the world will be represented in the 2019 Arizona International Film Festival.

The 101 movies that will be screened come from 22 countries, including Albania, China, Iraq, Australia and Switzerland.

“It’s incredible,” says Mia Schnaible, who handles marketing for the fest, now in its 28th year. “Overall, in the festival’s history, over 100 countries have been represented.”

The theme of this year’s event, which runs through April 21, is “Words Matter, Indie Film Matters,” she said. All but one film will be at the Screening Room, 127 E. Congress.

The offerings are eclectic, from documentaries to dramas to animation to comedies.

There will be filmmakers at many of the screenings.

Among the movies you can see is the world premiere of “Apple Seed,” about a man driving cross country to rob his hometown bank (6 p.m. April 14). The late Rance Howard plays an ex-con hitchhiker who gets picked up by the would-be-bank robber, played by Michael Worth, who directed the film and shot it in Arizona. After the film, Cory Chisel and Alana Sweetwater will perform the original music from the movie at Hotel Congress.

Kai Carlson-Wee returns to the festival with his short film, “Cry of the Loon,” an elegy to his grandfather (7 p.m. April 11). Carlson-Wee, a published poet, will read some of his poetry.

The Loft will host the screening of the documentary “The Meaning of Vanlife” directed by Jim Lounsbury (2:30 p.m. April 21). It takes a look into the lives of people and communities who travel the roads and live out of their vans.

And Tucson native Carr Cavender returns to his old stomping grounds with “To Hell and Gone” which he stars in and produced (7 p.m. April 13). Filmed in Arizona, it’s about deadly criminals and other miscreants who converge on a woman’s ranch.

Where: All movies will be at The Screening Room, 127 E. Congress St., with the exception of "The Meaning of Vanlife," which will play at The Loft Cinema, 3233 E. Speedway.

Here's what's in store for the festival's first weekend:

7 p.m.: "Wheels," about a DJ who deals with his family's struggles in the streets of Brooklyn. Directed by Paul Starkman.

"Cry of the Loon," poet/filmaker Kai Carlson-Wee's short homage to his grandfather.

6 p.m.: Short films from around the world

7:30 p.m. "Collisions," a 12-year-old's life is turned upside down when she comes home to discover her mother has been taken away by immigration police. Directed by Richard Levien.

12:30 p.m.: "Blenio, Utah," a documentary about a butcher from Switzerland who hopes to win the Bonneville Salt Flats of Utah's annual break-speed-records competition. Directed by Patrick Botticchio and Alberto Bernad.

"Desert Prayer," a short about a young woman trying to save her mother's bookstore in Joshua Tree. Directed by Courtney Hope Thérond.

4:30 p.m.: "Shaman Road," about two women who have grown up with visions from deities. Directed by Choi Sang-jin.

"Breakaway," the short is about people who deal with mental challenges on a daily basis. Directed by Wang Yao and Zenan Que.

7 p.m.: "To Hell and Gone," directed by Kyle Moore, takes us to an Arizona ranch where a load of bad guys converge on an unsuspecting woman.

"Contrato," a short about a couple, contract snipers on the U.S./Mexico border, who is targeted by a smuggler. Director by Hiro Koda.

11 a.m.: "Into The Arctic: Awakening," a documentary on artist Cory Trépanier who returns to the Arctic to prepare for a touring exhibition of his work. Directed by Trépanier.

6 p.m.: "Apple Seed," an ex-con hitchhiker and a man travel across the country, where the man plans to rob his hometown bank. Directed by Michael Worth.

More than 25 organizations dedicated to finding homes for homeless pets will be at the fifth annual Adopt Love Adopt Local event.

The film set highlights the barriers of interaction between binational and bicultural families.

Arizona Opera closes season with beauty and mayhem of Mozart

"Marriage of Figaro" finale of regular season, but company throws in bonus Mozart.

More than 25,000 people are expected for the three-day event.

Two hours of songs by Patsy Cline. What’s not to love?

Family Astronomy Festival will bring out your inner space nerd

The free event will feature daytime and night viewings.

Tucson: Get your Easter brunch on before embarking on that egg hunt

A sculpture exhibition featuring more than 100 works by local and regional artists is being held this month, benefiting the SculptureTucson or…

The immigration story in 'Fiddler' continues to resonate

Broadway in Tucson has brought the road show of the musical to Centennial Hall and it’s clear that though it is now 55, “Fiddler” never gets old.

Be forewarned: You are likely to relive all the insecurities, confusion and angst that marked the hormone-heavy teen years at Arizona Repertor…

Age and art the subject of Invisible Theatre comedy

The late Rance Howard, left, and Michael Worth in “Apple Seed.”