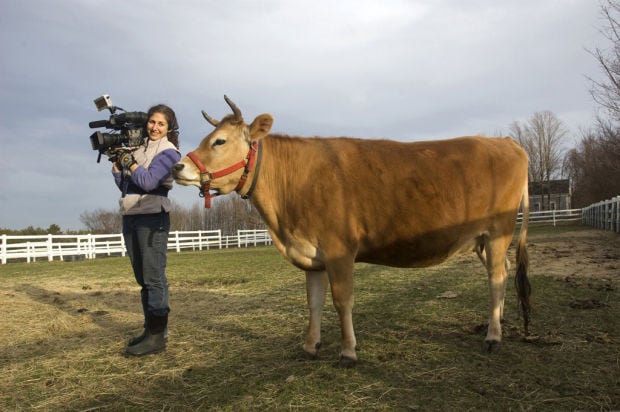 Jenny Stein and James LaVeck's "Peaceable Kingdom: The Journey Home" tells the stories of people who once raised animals for profit, then had a change of heart inspired by those animals. 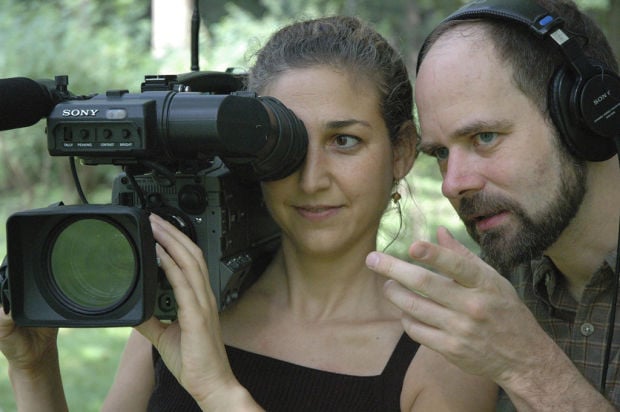 A move toward healthy and sustainable dining has gained momentum in this country since James LaVeck and Jenny Stein started filming "Peaceable Kingdom: The Journey Home."

While the movement has helped improve the living conditions of some farm animals, much is focused on benefiting human diets.

LaVeck and Stein's documentary breaks ground by portraying farm animals with as much humanity and emotional intimacy as their human counterparts, and showing the moral struggles of the people who have raised them.

"When people see the animals on farms in terms of their intelligence and their ability to form relationships, they start to see that they're not that different from the types of animals they do know," says LaVeck, who with Stein will attend a free screening of their film at the Loft Cinema Tuesday evening.

"(The animals) really get them thinking, 'Well, what does that mean about our relationship … and our obligation to them?'"

The documentary has been a labor of love reaching back to the early 2000s.

LaVeck and Stein completed the first version of "Peaceable Kingdom" in 2004, then set out to find the deeper story.

They spent five years working on another edit that includes only eight minutes of footage from the original film.

"Peaceable Kingdom: The Journey Home" made its festival premiere in 2009 (accolades include "Best Feature Documentary" at the Moondance Film Festival and the Grand Jury Prize at the Canada International Film Festival).

The growing "food revolution" of sorts also acted as a timely entry point for the film to reach diverse audiences.

The Loft screening will be the film's Tucson premiere, which is sponsored by Healthy You Network, Inc. and Consuming for Change. Both organizations aim to promote environmentally conscious lifestyle choices, and selected "Peaceable Kingdom" as the third film in a monthly series that celebrates Tucson's burgeoning vegetarian community, says Consuming for Change founder Ben Braman.

"Films like this pave the way to show the animal side of things, which can be another motivating factor for people to consider a plant-based diet," Braman says. "Most people feel compassion towards the animals they have in their lives, so I think it's a good reminder to think of the other animals out there as well."

Despite the film's strong moral undertones, LaVeck and Stein strove to avoid preaching or patronizing. Instead, they want "Peaceable Kingdom" to encourage open-minded reflection rather than guilt and judgement.

"One of the things that makes this overwhelmingly a positive experience is that people see that they've been missing out on this whole world of animals that they didn't know existed," Stein says. "Giving people the opportunity to see animals in a context in which they are actually fulfilling whatever potential they have shows the other dimensions of those animals."

Stein and LaVeck last visited Tucson about 15 years ago, but even then were impressed by how inherently "green" the desert city appeared in everything from its landscaping to its business offerings. Returning to discuss a film that so closely deals with a respect for living things other than oneself seemed appropriate.

The filmmakers also found it fitting that the nonprofit Loft has started offering a weekly farmers market.

To create a sincere relationship with audience members, LaVeck and Stein watch the film in its entirety every time it is screened, and hand out comment cards afterwards so they can best address the questions and concerns at hand.

When those cards are passed back, "Thank you" tends to be the most recurring comment, which Stein says is one of the most gratifying aspects of making the film.

While the film won't prompt every audience member to make a major lifestyle change, a heightened sense of respect for other living beings is the next best thing.

"We see over and over, different cities, different age groups … this engagement and this positive, life-affirming attitude that a lot of people have," says LaVeck. "… It's really special to have the chance to share something that people value, and that really never changes at every screening we go to."

• What: "Peaceable Kingdom: The Journey Home" screening with an introduction and post-show Q&A by filmmakers James LaVeck and Jenny Stein.

Kate Newton is a University of Arizona journalism student who is an apprentice at the Star. Contact her at starapprentice@azstarnet.com

The old Victorian home featured in the film is on sale in Astoria, Oregon, and potential buyers are considering making it more accessible to the public.

100 best American movies of all time

Here are the top 100 American movies of all time, according to IMDb and Metacritic ratings.

There is still a steady — albeit shrinking — audience of diehards who are happily paying to receive DVDs in the iconic red-and-white envelopes.

The Disney documentary "Mija" is the next film planned for Cinema Tucsón, which brings contemporary Mexican cinema to the Fox Tucson Theatre.

DVD REVIEW: Billy Eichner's 'Bros' is almost as tame as a Hallmark film

Now that the Hallmark Channel has extended its holiday offerings to include gay relationships, it’s not a real stretch for Billy Eichner to attempt something on the big screen.

Before it was released in the summer, “Don’t Worry Darling” held such promise.

These are the top 100 movie musicals of all time

Whether it's an adapted Broadway show, an animated feature, or a campy parody, movie musicals hold a special place in the hearts of fans. But which ones are the best?

Jenny Stein and James LaVeck's "Peaceable Kingdom: The Journey Home" tells the stories of people who once raised animals for profit, then had a change of heart inspired by those animals.