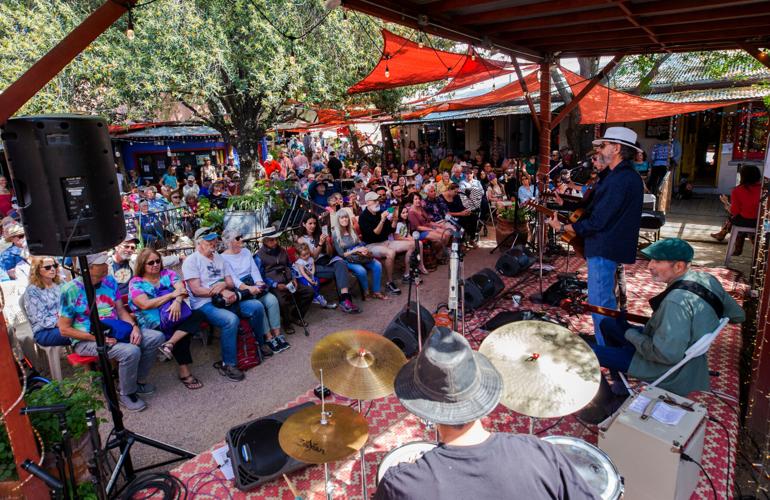 Folk and bluegrass fans pack in at the La Cocina stage for the Bright and Childers Band during the 34th Annual Tucson Folk Festival in 2019. 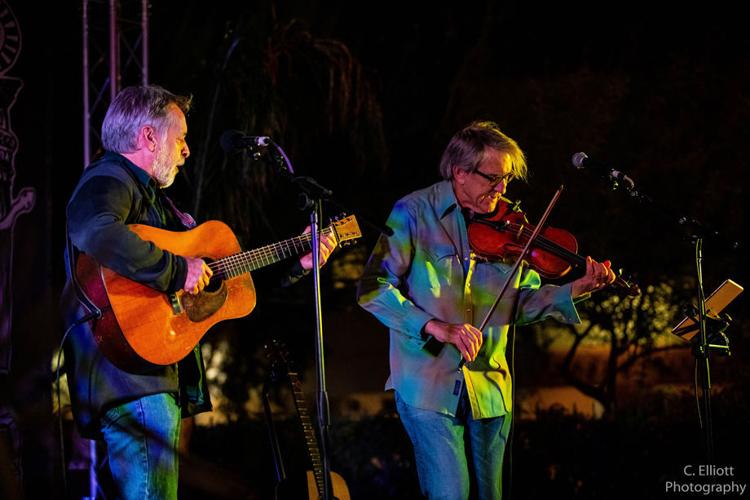 Peter McLaughlin, left, and Chris Brashear are on the lineup for the 2022 Tucson Folk Festival this weekend.

Tucson folk music fans have been dreaming of this weekend since the pandemic shut everything down in March 2020.

For the first time since spring 2019, the Tucson Folk Festival is back to its pre-pandemic self.

Here’s a look at the festival — which runs Friday, April 1, through Sunday, April 3 — by the numbers:

$0 admission — yes that means free — for the events Saturday and Sunday; it’s $10 for the songwriter showcase at Hotel Congress, 311 E. Congress St., on Friday, April 1. Donations are welcome through tucsonfolkfest.org.

Last year, the festival went hybrid, with a handful of socially distanced in-person concerts at the MSA Annex and a drive-in stage at Park Place mall, and livestreamed events.

“We were the first music festival that I was aware of to come back post-COVID,” said Matt Rolland, who oversees the festival as president of the Tucson Kitchen Musicians Association. “This year we’re excited to be back downtown, returning to this familiar location. It will definitely have a familiar feel.”

“We’re excited. I think it’s going to be a big year for the festival,” Rolland said. “We’ve just got an amazing variety that really represents” the genre.

National acts from all over the country including Curley Taylor from Louisiana, New York City singer-songwriter Brett Altman and California singer-songwriter Simon Lunche are sprinkled in with a heavy dose of Tucson acts of all shades of acoustic music:

Pop-leaning Americana singer-songwriter Sophia Rankin & The Sound, who got her start after winning the 2017 Tucson Desert Song Festival and 2018 Stefan George songwriting competitions.

Americana/folk duo Riso — Matt Rolland and his wife and Run Boy Run bandmate Rebekah Rolland — is releasing its debut album soon and will likely give Folk Festival audiences a preview.

Most of the local and regional artists will play 45-minute sets while the headliners will play an hour or longer.

The festival also gives newcomers a chance to perform on the Wildflower Stage for young artists, which is always a big attraction for the festival. The stage is on the grassy hill just west of the Joel Valdez Library in Jacomé Plaza.

For the complete schedule of shows and artist lineup, visit tucsonfolkfest.org.

Tucson unplugged: Where to find acoustic music in the Old Pueblo

The Tucson Folk Festival attracts tens of thousands of fans to downtown over its three-day run, this year set for April 1-3.

The semi-professional Helios Ensemble chorus is performing works from British composers while the volunteer Arizona Symphonic Winds is dancing into spring with its concert. Both are on Sunday, April 3. Across town, Dove of Peace Lutheran Church hosts concert to benefit Ukrainians.

For Star subscribers: After decades on University Boulevard, Gentle Ben's is expanding its presence in the area in a big way with new ventures.

Tucson Music Hall to be renamed for Linda Ronstadt

For Star subscribers: The iconic singer and Tucson native will be the namesake of the downtown venue that is home to Tucson Symphony Orchestra and Arizona Opera.

"The Lion King," Mozart's "Magic Flute" and a collab between Orkesta Mendoza and Tucson Symphony Orchestra are on the schedule for local arts organizations.

"Friends" will tell tall tales and embarrassing anecdotes about two prominent Tucsonans for a couple of good causes.

Folk and bluegrass fans pack in at the La Cocina stage for the Bright and Childers Band during the 34th Annual Tucson Folk Festival in 2019. 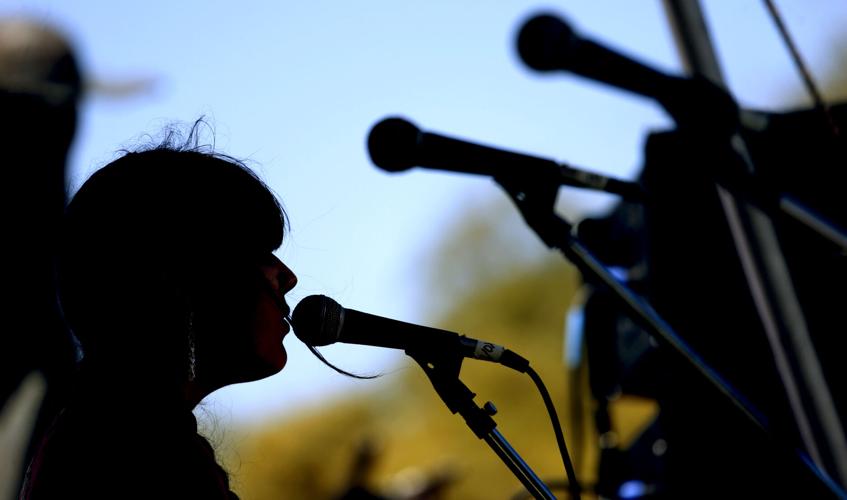 A singer performs on the Plaza Stage in El Presidio Park during the annual Tucson Folk Festival, held downtown. 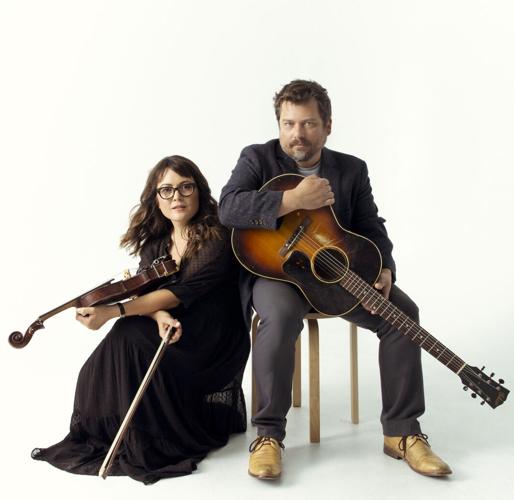 Sean and Sara Watkins of Nickel Creek fame are among the 17 festival headliners this weekend.

Peter McLaughlin, left, and Chris Brashear are on the lineup for the 2022 Tucson Folk Festival this weekend. 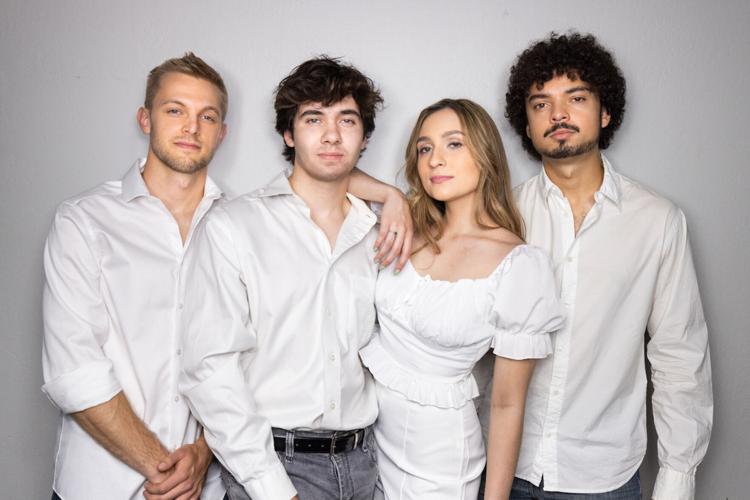