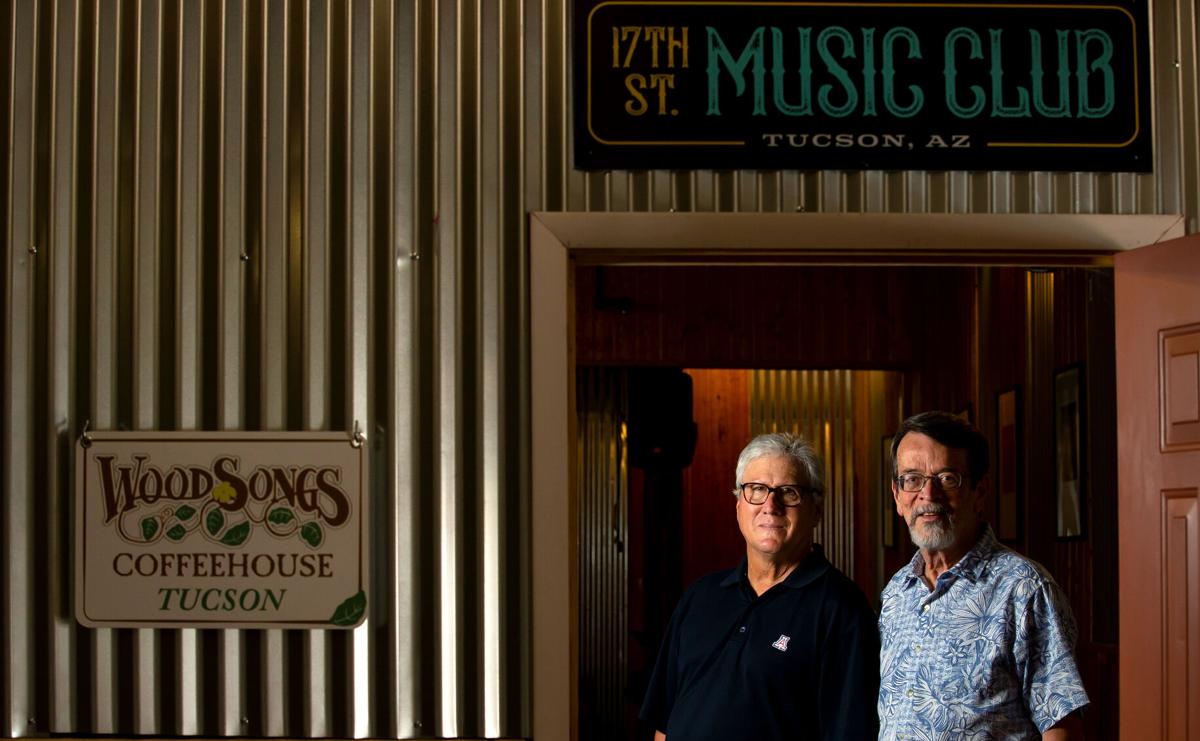 Just before the COVID-19 pandemic shut everything down, Tom Kusian was launching his pet project 17th Street Music Club in a small slice of the cavernous warehouse that had been home for 20 years to the 17th Street Market.

Kusian, whose family's Cox Produce Co. owns the 72,000-square-foot warehouse at 830 E. 17th St., had everything in place to fully launch the club in late 2019. He had signed up 100 people at $25 apiece for lifetime memberships and was looking to schedule workshops and small acoustic club events when the pandemic struck.

For months the project was on hold and Kusian, who as president and CEO of Cox Produce closed the 17th Street Market in 2013, turned his attention partly to reopening the market as a small multivendor indoor farmers market — something that was allowed under the state and county's essential services mandates. But the farmers market was short-lived.

The small space, big enough for about 50 people sitting around small tables, is "really conducive to acoustic performances," said Kusian, a lifelong musician who had incorporated music into the mission of his family's 17th Street Market for years.

At one time, the market's music store boasted the biggest selection of locally produced CDs and part of the warehouse was devoted to a recording studio. Kusian has since subleased the studio to outside operators, although the music club does have a recording studio component that allows them to record live performances.

Last winter and into early spring, the club tiptoed to life with a few open house events and workshops. But by late March, with the COVID numbers not improving, Kusian stepped on the brakes again.

He had planned to fully reopen the club this month, but he pushed that back to Sept. 14. A few events are being held before the grand opening, but they are by invitation only, he said.

WoodSongs Coffeehouse will kick things off with a performance by its house band Hamilton Beech and Friends.

WoodSongs is a coffeehouse in name only. The acoustic music program, an outpost of the national WoodSongs Coffee House project that promotes community music series, provides an opportunity for local musicians to gather with other musicians and small audiences for intimate unplugged shows, Bowers said.

"If you as a performer have to have an electric piano, God bless you but we aren’t going to let you plug in," Bowers said. "When you are in a room that is all solid walls and solid floors and 50 people, you don’t need amplification.”

Bowers, who heads the Hamilton Beech folk quartet, was one of the first people to approach Kusian about setting up in the 17th Street Music Club. WoodSongs' mission fit Kusian's — to create a community space for musicians and music.

"I really enjoy interacting with other musicians and we certainly had a lot of fun when we had the in-store performances," Kusian recalled. "In the past we’ve had contests and we had a kids version of 'The Voice.' It was called the 17th Street Idol Contest and it was really popular. Hopefully we’ll get back into that.”

Bowers envisions WoodSongs Coffeehouse as a throwback to the 1960s New York and San Francisco coffeehouses, where musicians unplugged their instruments and performed for small audiences. It's a space where musicians won't be competing with background noise from diners or bar patrons, where the focus is entirely on what is happening on the stage, he said.

“I don’t want a gig on a restaurant. I’m absolutely opposed to being background music," said Bowers, who taught at several Tucson schools including Homer Davis School and Ascension Lutheran School. "If I’m going to do it I want people to pay attention.”

In addition to the music club, the warehouse is home to a handful of businesses including a massage therapist and luthier. It also is home to the cavernous 10,000-square-foot Site 17 Event Center, which has hosted events from quinceañeras to conferences.

Where: 803 E. 17th St., near the Union Pacific tracks just southeast of downtown

Et cetera: WoodSongs Coffehouse will host events every second and third Tuesday. Upcoming events after Sept. 14 are on Sept. 28, Oct. 12 and 26 and Nov. 16 and 30. Details at woodsongstucson.wixsite.com

Tucson on the map for comedians Jo Koy, Fluffy

Both comedians pencil us in for their return to live shows tours after being sidelined a year due to the COVID-19 pandemic.

After years of going solo, the award-winning alternative folk singer-songwriter has finally found her band. Introducing, Sophia Rankin & The Sound.

The Tucson band, known for entrancing its audiences with festive cumbia rhythms, will perform at the MSA Annex.

'The Standby Lear' gets at the heart of a marriage

John W. Lowell has crafted a piece that gets at the heart of what it means to love unselfishly and deeply.

A celebratory supper doesn’t have to mean an all-day cooking binge. Sometimes what makes the supper special is serving something slightly unexpected.

Jon Wolfe is playing his first Tucson show since 2018.