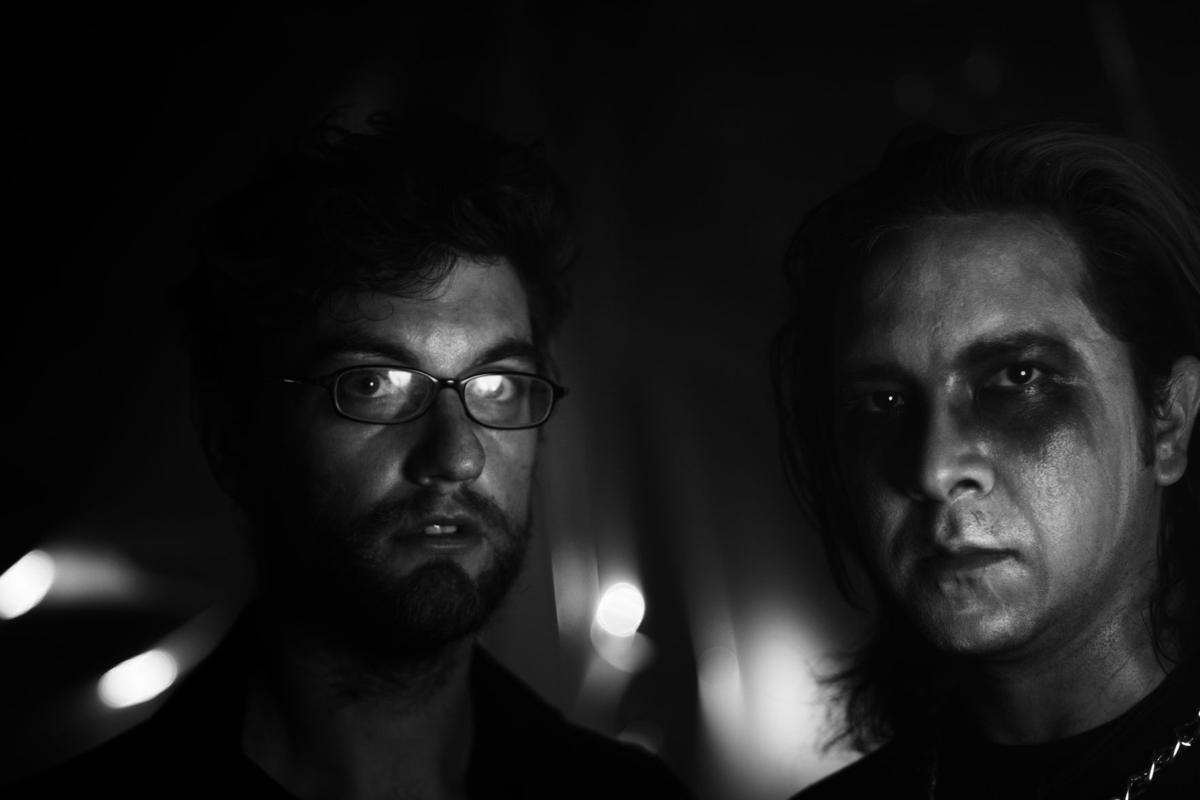 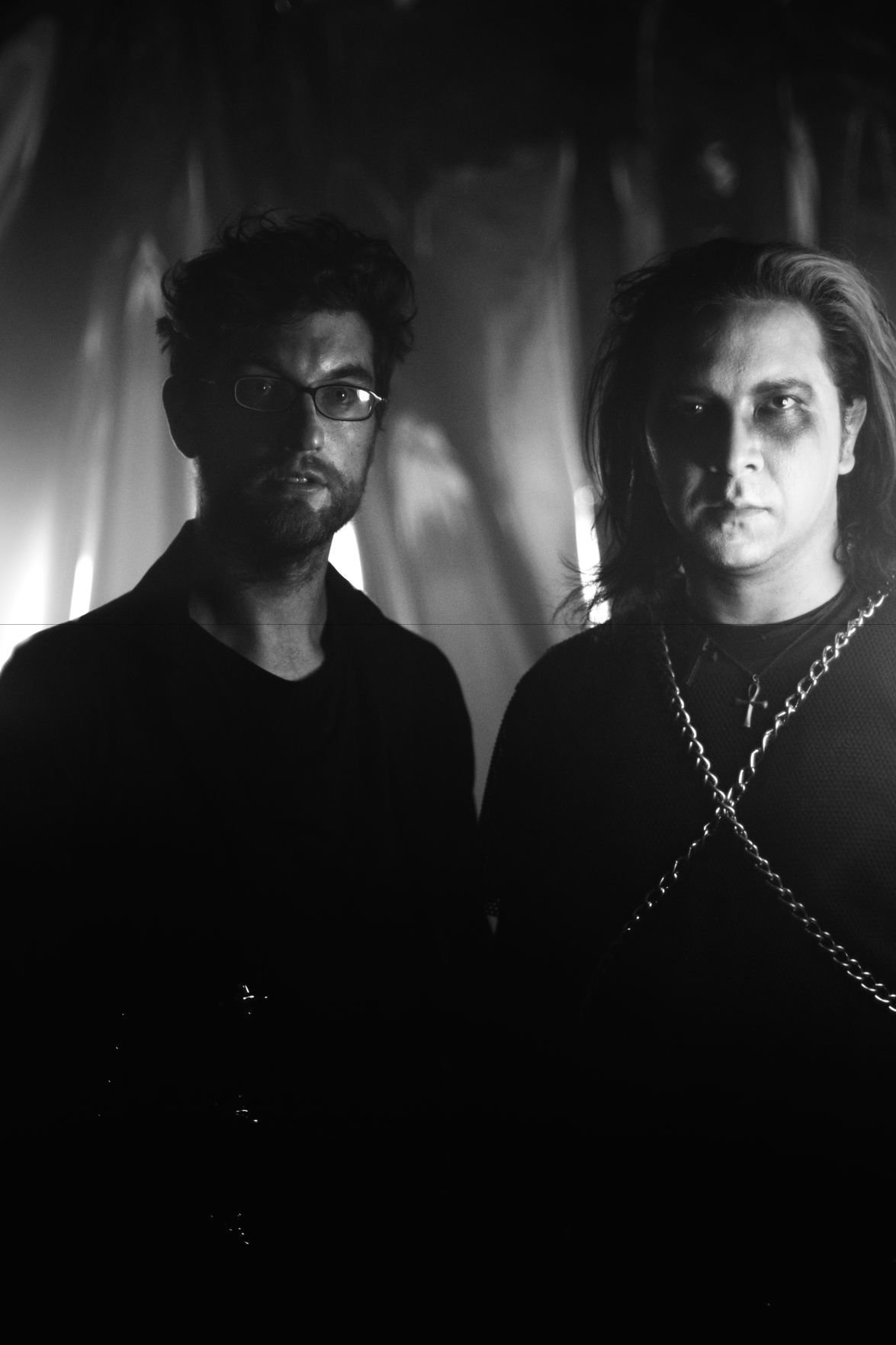 Ryan Alfred, left, and Gabriel Sullivan will perform their first live show Friday as Gnosis, an electronica-horror rock band. Over the past year or so, Gnosis has written at least 20 songs.

Ryan Alfred and Gabriel Sullivan were supposed to introduce their musical collaboration Gnosis in early April.

But then the pandemic happened and live concerts were shelved amid stay-at-home orders, and life kinda, sorta went on in a virtual-world kind of way.

Which, as it turned out, presented a unique opportunity for the pair.

“We are real excited about it,” Sullivan said. “This will be our first public live thing of any sort.”

On paper, the pairing seems odd: Alfred, the Berklee School of Music alumnus who makes sweet pop music with his wife, vocalist Katherine Byrnes, in Sweet Ghosts; and Sullivan, the harder-edged prog/cumbia rocker who sings co-lead vocals in the popular band XIXA.

But the pair, who’ve shared the stage in small ways over the past several years, found common musical ground in their love of electronica-driven industrial horror rock.

“This is the music we listened to as kids. We remember all these records by Pantera and other heavy metal bands and industrial bands,” Sullivan said, adding Canadian electro-industrial band Skinny Puppy, Trent Reznor and Nine Inch Nails and Marilyn Manson as driving influences.

“The first music that actually made me want to focus my life on music was Slayer and Pantera,” added Alfred. “That music spoke to me because it combined the sort of vague teenage angst of punk music and the technical aspect of ... people playing the (expletive) out of their instruments.”

Gnosis was born out of a collaboration between Alfred and Sullivan a few years ago when Sullivan brought Alfred in on his solo album project. Sullivan wanted to add synthesizers to his musical arsenal and Alfred was a pro; his emphasis at Berklee was synthesized music production.

Not long afterward, Alfred sent Sullivan a track he had written and asked for feedback.

“He just sent me this super violent industrial metal with some elements of horror mixed into it,” Sullivan recalled. “I was on tour in Europe and it got me super excited. We started going back and forth sending files from there.”

The collaboration took Alfred back to his teens, when he played in a couple of metal bands.

“It was extraordinarily fun,” said Alfred, whose college roommate was Ryan Green, one half of the Tucson folk duo Ryanhood.

Over the past year or so, Gnosis has written at least 20 songs and released a couple singles recorded at XIXA’s Dust & Stone Recording Studio. Sullivan said they likely will continue releasing singles rather than a complete album.

Alfred said he is secretly anticipating some of the fans of Sweet Ghosts will probably rub their eyes and wonder if they’ve stumbled into some alternate universe when they see him perform Friday night.

“It seems like it kind of consistently surprises people,” he said with a laugh. “To have that side of me come out, I don’t think you are alone in thinking that.”

Gabriel Sullivan and Ryan Alfred will introduce their new band Gnosis, with Ben Nisbet on guitar and Jack Sterbis on drums, during their first live performance at 6 p.m. Friday, May 22, with NoAudience. Tune in at tucne.ws/noaudience. Admission is free, but a virtual tip jar will be available to donate to the band as well as the NoAudience crew that's making the concert possible.

Ryan Alfred, left, and Gabriel Sullivan will perform their first live show Friday as Gnosis, an electronica-horror rock band. Over the past year or so, Gnosis has written at least 20 songs.