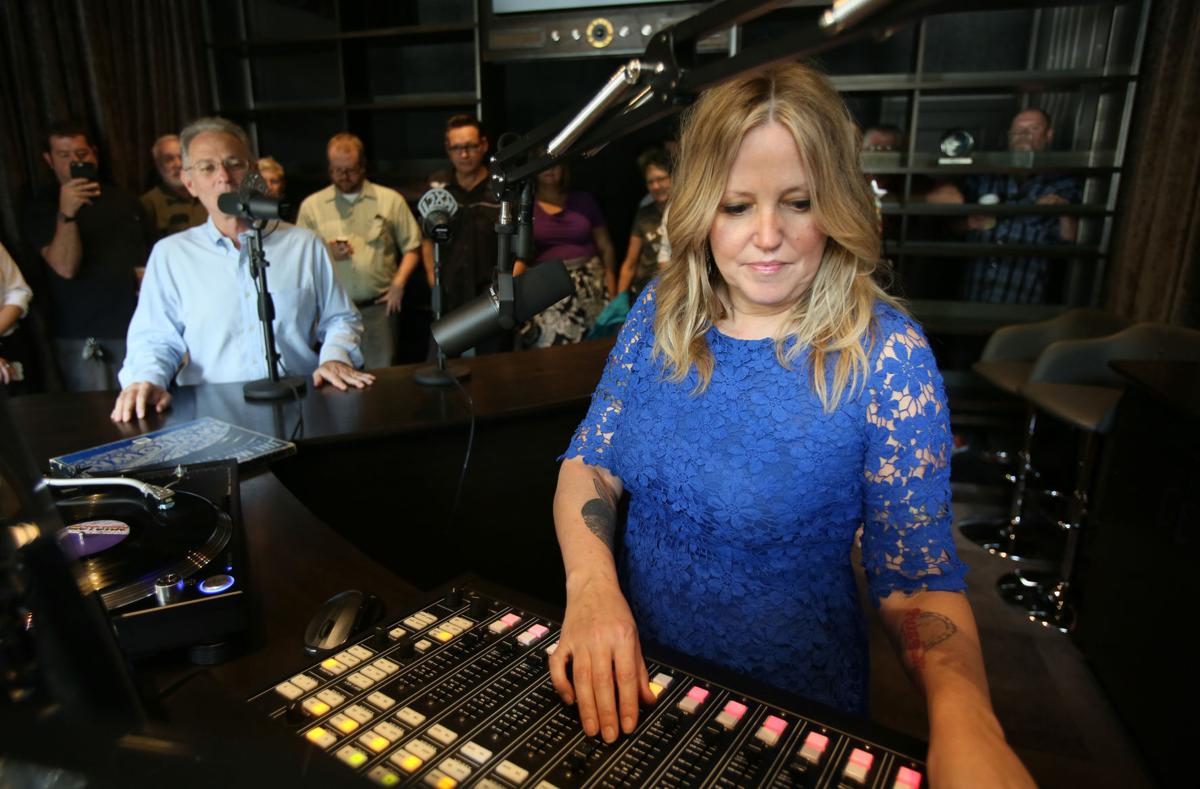 KXCI DJ Hannah Levin queues up “Dancing in the Streets” by Martha and the Vandellas, the pick of Tucson Mayor Jonathan Rothschild, left, in new KXCI studio in Hotel Congress. Levin will broadcast live from the satellite studio Wednesday through Friday afternoons. Listeners have been asked to donate new or used LPs or CDs. 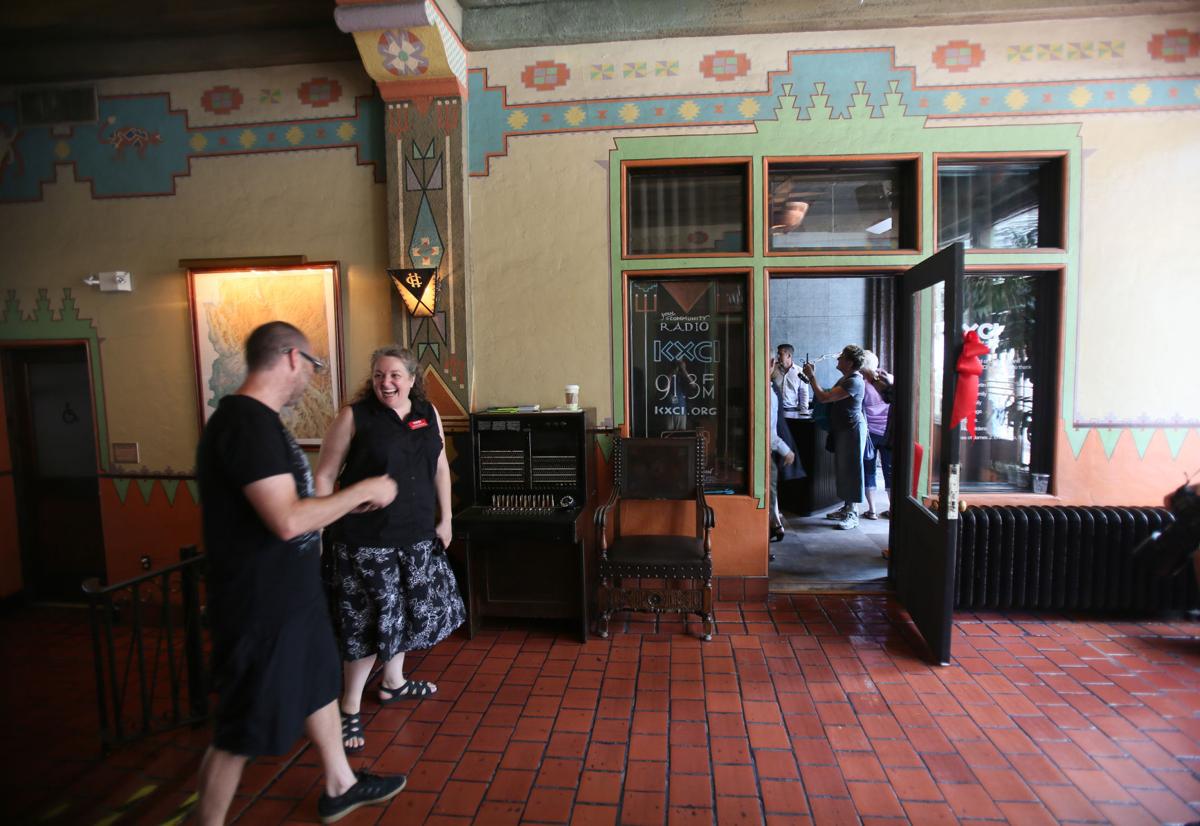 KXCI opened an auxiliary studio in Hotel Congress in downtown Tucson on Monday. The studio looks out onto East Congress Street, and music will be piped out onto the street.

After the ribbon had been cut and the pomp and circumstance played out in grand but not flashy fashion Monday morning, KXCI personality Hannah Levin cued up the record player and officially launched the community radio station’s downtown auxiliary studio from Hotel Congress.

Tucson Mayor Jonathan Rothschild picked the first song — Martha & the Vandellas’ “Dancing In the Streets” off “The Motown Story-The First 25 Years” record — and while it played, KXCI DJ/podcaster Bridgitte Thum bee-bopped around the room wearing a smile that dared you not to smile back.

After years of dreaming and wondering what if, KXCI is officially back downtown — at least part time — where it began life nearly 33 years ago.

The move, to a nook off the lobby that faces out onto East Congress Street and the heart of the entertainment district’s bustle, will introduce the community radio station to new listeners. It also will be perfectly situated so that folks like hometown musicians Howe Gelb, John Coinman, Brian Lopez, Sergio Mendoza and others along with national touring artists can pop in and talk about their music.

Rothschild said having KXCI downtown is a new chapter to the success story being written by new restaurants, bars and shops opening along the East Congress Street/North Fourth Avenue district since the streetcar started rolling three years ago.

Folks who may never have paid much mind to KXCI or even knew it existed will discover it as they stroll past Hotel Congress and glance into the towering front windows to see Levin behind the mic hosting “The Home Stretch” from 3 to 6 p.m. weekdays. The music she plays from a catalogue of records — many of them the station is hoping will come from the community when it officially opens over Labor Day weekend — will be piped onto the street. Rothschild called that a little bit of heaven.

“When downtown is happening at night, KXCI will be here … bringing music to our street — literally to our street,” said the mayor, a big music fan who can regularly be seen at concerts all over town. (He bestowed a key to the city on glam rockers KISS when the band played a 2016 show at the AVA at Casino del Sol, he recalled. It was the only band to his knowledge to get such an honor from the city.)

KXCI Executive Director Cathy Rivers spearheaded the downtown studio, and Hotel Congress Entertainment Director David Slutes said it was a no-brainer to bring it to the Congress.

“Having their cultural presence and ours put together seemed like a match made in heaven,” Slutes said Monday as the excitement from the studio opening calmed to a whisper and all the VIP guests, including the mayor, had left. “It enhances the downtown community.”

And having KXCI in the house has also given Slutes and Hotel Congress an excuse to rebrand and recreate the annual HoCo Fest over Labor Day weekend. This year’s event, Aug. 30 to Sept. 3, has grown to five days from the traditional three, and the musical lineup of local-heavy artists will be mixed in with national acts that Slutes said may be little-known to the Tucson audience but are up-and-coming on a national stage. The lineup includes the James Brown look-/sound-alike Lee Fields, a blues/R&B artist from North Carolina; the New Jersey hip-hop duo Ho99o9 (pronounced “horror”); Mexico-based electronica group Mexican Institute of Sound; and Los Angeles rockers Cherry Glazerr.

HoCo Fest tickets start at $15 a day, and five-day festival passes are available at ticketfly.com

KXCI will continue broadcasting from its Armory Park studios at 220 S. Fourth Ave. KXCI spokesman Kurt B. Reighley said the station, with its cast of volunteer DJs playing a variety of local and national music and talk, has not mapped out a broadcast schedule for the Congress studio. He said they will introduce shows a little at a time.

Meanwhile, non-profit and community organizations will be able to rent the studio to create podcasts and other audio content, he said.

What: KXCI open house and "Load the Library of Congress" party.

Et cetera: Here's your chance to tour KXCI's new Hotel Congress digs, which look out onto East Congress Street. If you peer in the windows now you'll see empty shelves. The community radio station is asking Tuconans to donate their favorite new or gently used vinyl record or CD to help fill the shelves.

Broadcasting live: No set daily broadcast schedule has been released, but from Aug. 30 to Sept 2, you can see Hannah Levin broadcast "The Home Stretch" live from Congress.

Hannah Levin works on her live afternoon drive-time show “The Home Stretch” from KXCI, which is at 91.3 on the FM dial.

Hannah Levin grabs some music from just a fraction of the station’s CD library for her afternoon drive time show The Home Stretch on KXCI, 91.…

Community radio station continues Armory Park broadcasts, but auxiliary studio opens it up to more in the community.

Coming up in Tucson: Nebraska singer-songwriter headlining show at Exo

KXCI DJ Hannah Levin queues up “Dancing in the Streets” by Martha and the Vandellas, the pick of Tucson Mayor Jonathan Rothschild, left, in new KXCI studio in Hotel Congress. Levin will broadcast live from the satellite studio Wednesday through Friday afternoons. Listeners have been asked to donate new or used LPs or CDs.

KXCI opened an auxiliary studio in Hotel Congress in downtown Tucson on Monday. The studio looks out onto East Congress Street, and music will be piped out onto the street. 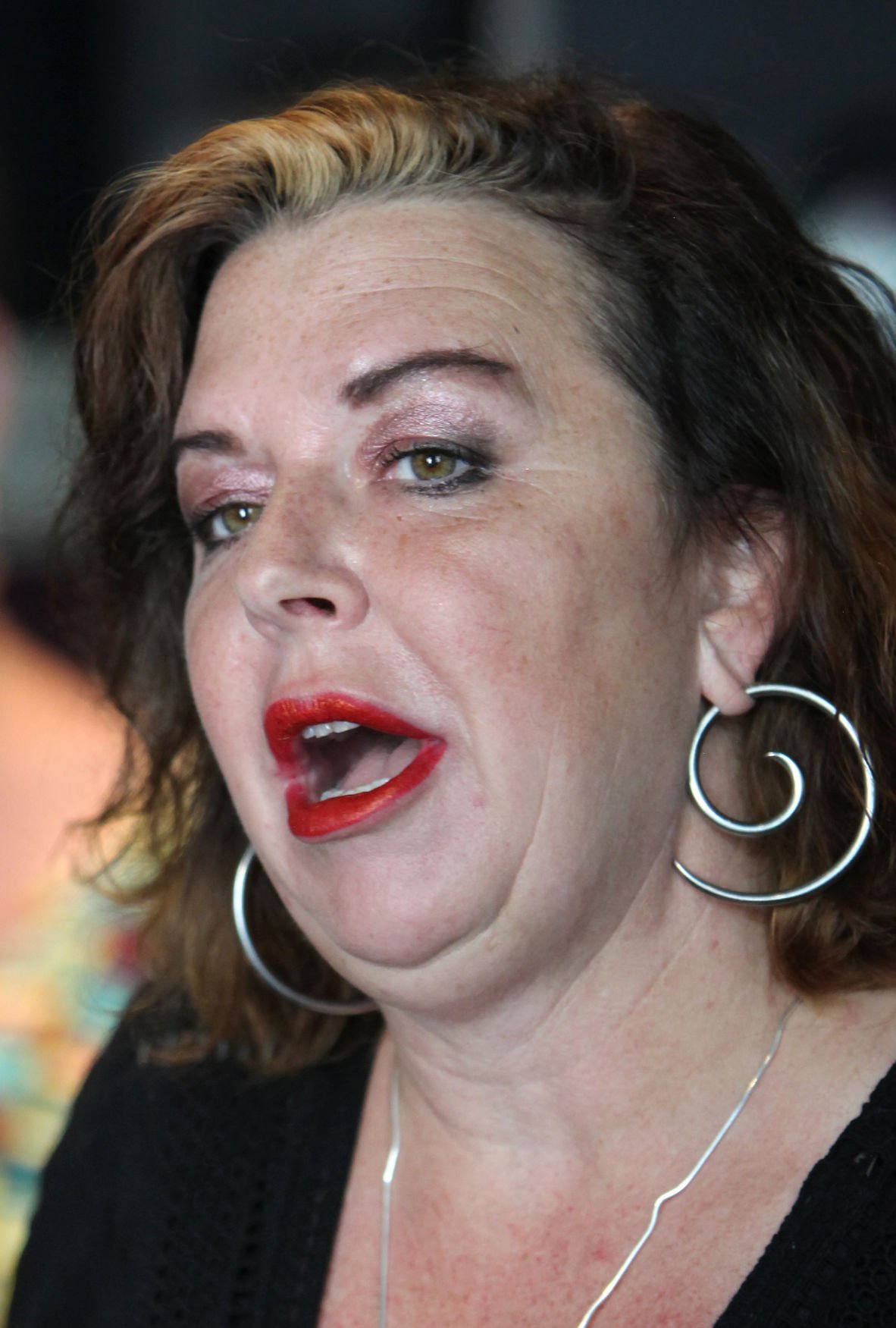