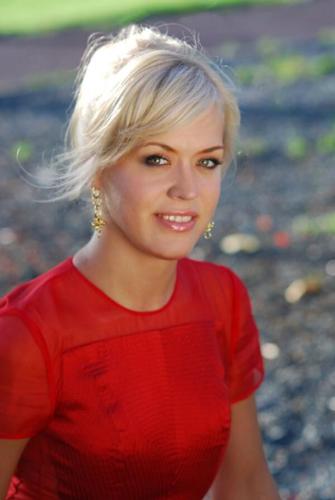 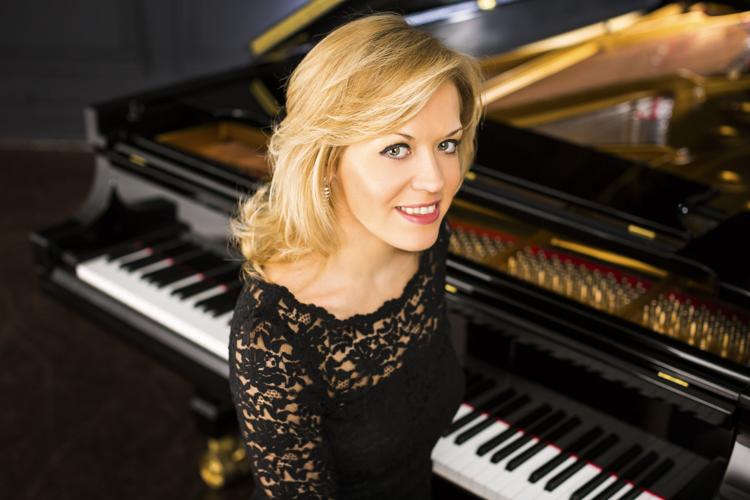 Russian pianist returns for a show with UA Presents.

Russian-born pianist Olga Kern became an American citizen last year, which could explain the program that she is performing in her recital tour that comes to Tucson on Thursday, Oct. 26.

Sandwiched between a trio of Rachmaninoff’s Etudes-Tableaux and works by fellow Russian composers Scriabin and Balakirev is American composer George Gershwin’s jazzy Three Preludes piano shorts and selections from his Seven Virtuoso Etudes, Earl Wild’s arrangements of seven of Gershwin’s most famous songs, including “I Got Rhythm” and “Embraceable You.”

Kern says the recital, which comes to Centennial Hall as part of the UA Presents season, is something of a thank-you card.

“I really wanted to honor both countries because America for me is my second home. I’ve lived in New York 12 years,” Kern said Tuesday from New York, where she raised her now 19-year-old son Vladislav and put him through Juiliard. He’s also a pianist and the pair have performed together, including Mozart’s Double Concerto.

Thursday’s recital brings to four the number of times Kern has performed in Tucson since winning the prestigious gold medal at the 2001 Van Cliburn International Piano Competition in Texas. She performed with the Tucson Symphony Orchestra in 2003 and joined the National Philharmonic of Russia at Centennial Hall four years later in a concert that will no doubt be included in Tucson’s historical footnotes. Kern played the behemoth Rachmaninoff Second Piano Concerto for a nearly sold-out audience just 24 hours before fellow Van Cliburn winner, Italian pianist Fabio Bidini, played the same piece with the Tucson Symphony Orchestra.

Kern, 42, can’t recall details of that concert, but ask her about her memories of Tucson from her past visits and she quickly gushes.

“I just love the nature. I remember that I went to the cactus forest,” she said, referring to Saguaro National Park. “I had the most incredible time. It was kind of evening and the sun was going down and to see the deep colors of the sun cast shadows on the cactus, I will never forget it.”

Yes, she added, she took some of those cacti back home to New York.

“Every time I go to Arizona, the nature fascinates me. For me nature is very important and just to experience the different, beautiful colors of the sun,” Kern said.

What: Pianist Olga Kern in concert

Where: Centennial Hall, 1020 E. University Blvd., on the University of Arizona campus.

Greta Van Fleet sells out The Rock, then the Rialto

Rising rockers had to move their debut Tucson show from tiny UA-area club to downtown's Rialto. Both apparently are too small.

Two years ago, the pair sold-out their first Tucson concert.

Art openings and receptions for Oct. 19-27

Russian pianist returns for a show with UA Presents.