The Cole Trains, a Safford country band from ‘nowhere,’ is blown away by recent success, has album-release concert planned
Share this
1 of 2 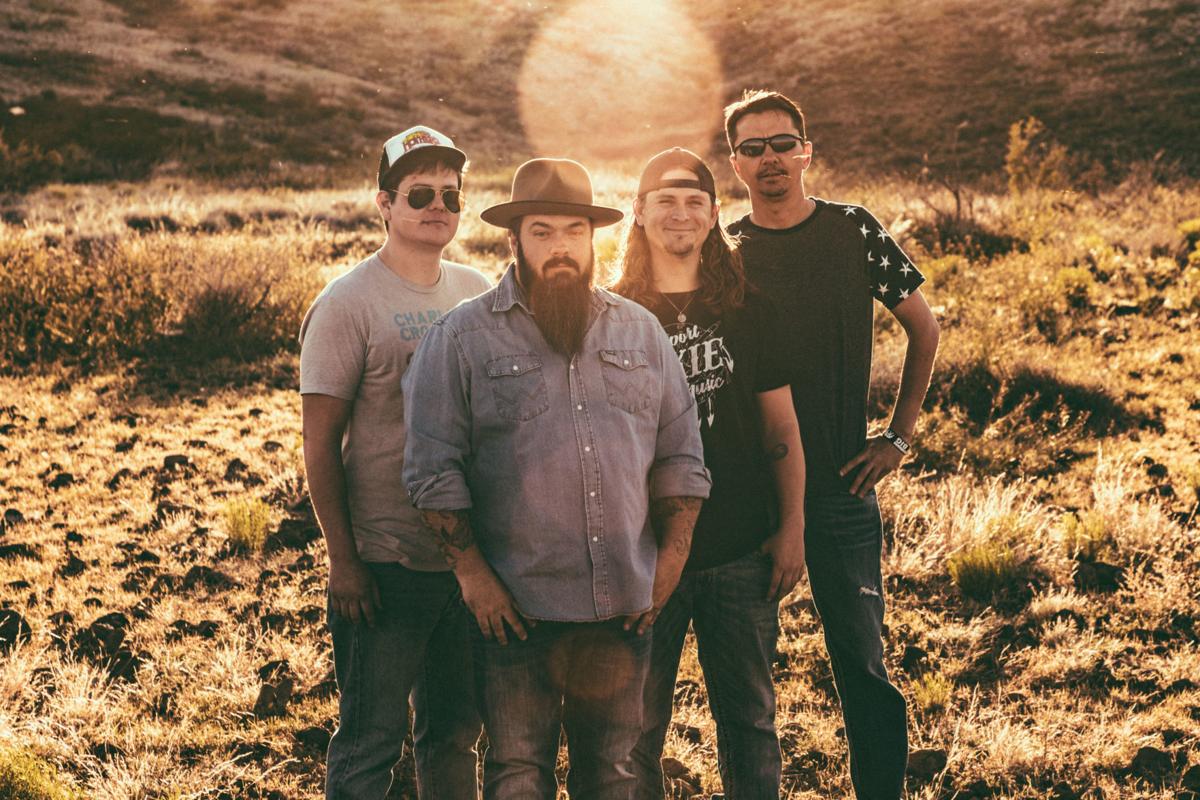 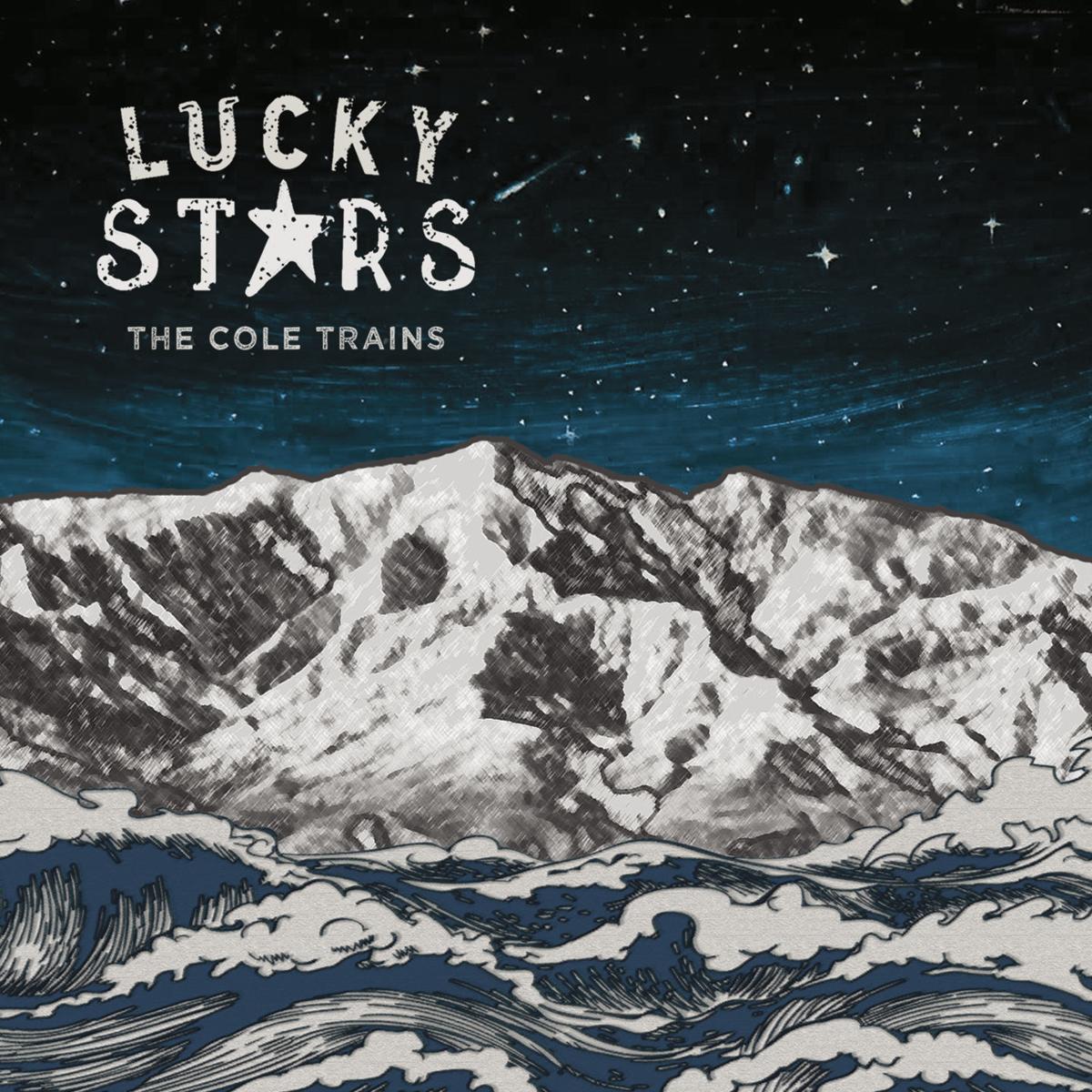 Shane Britt was mid-sentence in a conversation about his Safford country rock band, The Cole Trains, on Friday when he got a text from bandmate TJ Taylor.

Holy crap, he said, only he used a little stronger language.

The Cole Trains’ just-released debut album had made the iTunes charts; it was sitting at No. 52 — it later topped out at No. 12 — above albums by Luke Bryan and several others whose success The Cole Trains could only dream of emulating.

“I’m blown away that we’ve charted on iTunes at all,” said Britt, the band’s frontman. “We’re four dudes from the middle of freaking nowhere.”

A week before “Lucky Stars” dropped, the band from nowhere was standing on the biggest country stage in Arizona as the first of nearly two dozen artists performing at Country Thunder April 11-14 in Florence. Britt looked out into the festival grounds where about 1,000 people had gathered — the audience later swelled beyond 32,000 for that night’s headliner Brett Eldredge — and realized he was facing the largest crowd of his band’s eight-year run.

And as they tore into a 45-minute set of original songs, the audience inched closer to the stage, and Britt could see them starting to dig his band’s hard-driving country.

“We were a little curious and apprehensive to see the reaction,” Britt said. “The stage is big, and the field is what, 20 acres? There’s 1,000 people there. The average show for us is … 300. We were just blown away. … We’re just floored by all of it.”

Talk about a good week.

The Cole Trains are about to have another one: On Wednesday, May 1, the band will play a CD release concert on the Hotel Congress patio downtown, the only time their name has appeared on top of a Tucson marquee. They are co-headlining with their buddy, Tucson country singer Drew Cooper.

“They’ve put a lot of work in, and they put in a lot of time songwriting,” said Cooper, who has been friends with the band for five or six years. “Their songwriting says something.”

The band recorded “Lucky Stars” at Dave Grohl’s Studio 606 in Los Angeles with Cross Canadian Ragweed frontman Cody Canada; Cooper produced the project. It was The Cole Trains’ third recording but their first full-length album since Taylor and Britt started performing together in 2011.

The pair never set out to be a band or to seriously perform. Their first real performance happened on a lark when they went to a concert at Flagstaff’s Museum Club. They asked the club’s manager about the opening act — there was none, he told them — and found themselves volunteering to fill the slot.

Before long and after recruiting two other musicians to form a band, the pair was making regular trips from Safford to Flagstaff. When the Museum Club phased out its live music, Taylor and Britt took The Cole Trains to play in Scottsdale. They recorded an EP in 2013 so they would have something to sell to fans and followed up three years later with a live CD/DVD recorded at Scottsdale’s Rockbar club.

“We never started this to get famous or make a bunch of money,” said Britt, a 38-year-old father of two who builds custom homes in Safford with his dad. “We started it because we really believe in songwriting, and we wanted to put what we had to say out there for the world and hope that it connected to people and made them feel something.”

“Lucky Stars” was six years and a couple band iterations in the making. When they were ready to record last year, Taylor, Britt, drummer Tad Jacobson and bass player Patrick James spent a week in Grohl’s studio with Cooper, who had recorded in the studio, and Canada, who plays guitar on several of the record’s dozen tracks and sings on one.

The album borrows from Canada’s style of Texas red dirt country, influenced by a little Bruce Springsteen and Tom Petty. There’s soulful vocals on the ballad “Carolina” and a Southern rock edge on the driving opening track “Heroes.” “Reaping” and “Drive” are throwbacks to straight up garage rock, while “Listen to Your Heart” will remind you of ’70s country rock, and “Hurricane” is blessed with solid guitar-driven hooks.

The album gets all warm and fuzzy on the last track, “Lucky,” which was a late add to the record. Britt said once they got home, they decided they wanted to include the song, which they had written years ago but never performed after a Phoenix band recorded it. So they brought along their families — aunts, uncles, siblings, moms, dads and kids — rented a big house and recorded the song in one take in a big room of Grohl’s studio.

“Our parents were musicians long before we ever were,” Britt said.“My mom’s playing mandolin, TJ’s mom is playing piano, TJ is playing acoustic guitar, and his dad is playing slide. We’re all hooked up in that big room, and we cut that song live, one take.”

Wednesday’s Hotel Congress show is the first in a handful of shows through June. They head to Phoenix on May 5 for a Cinco de Mayo Festival concert and join Cooper and Paul Mastin for a show in Mesa on May 31 before heading to Rocky Point, Mexico, to do five shows at Scottsdale rocker Roger Clyne & the Peacemakers 20th annual Circus Mexicus festival June 6-9. Cooper is also on that bill, which includes a handful of Southern Arizona bands.

Call for artists for Tucson exhibit of works by vets

The Southern Arizona Watercolor Guild has put a call out for works for its upcoming “Veterans’ Art Show.”

Only one chance in '19 to see harmonizing Sister Solace

Country singer Cole Swindell wants to create a moment with you, Tucson

His emotional, heart-breaking ballad "You Should Be Here" might just be that moment.

The show is making a stop in Tucson.

Tucson's Helios Ensemble will join the Warburg Choir on Friday.

With the weather warming up, what better way to spend a Friday night than a free evening of jazz?

Temperatures are rising into the upper-80s and lower-90s across the region on Thursday.

Tucson! Get a small Eegee for only 25 cents at this new location today

Tucson's Famous Dave's could be model for chain nationwide

The barbecue restaurant is expected to reopen May 6 in midtown as a fast-casual counter service eatery.

Tucson family band turns every gig into a dance party

OnesAll has fast become one of Tucson's most popular dance bands.