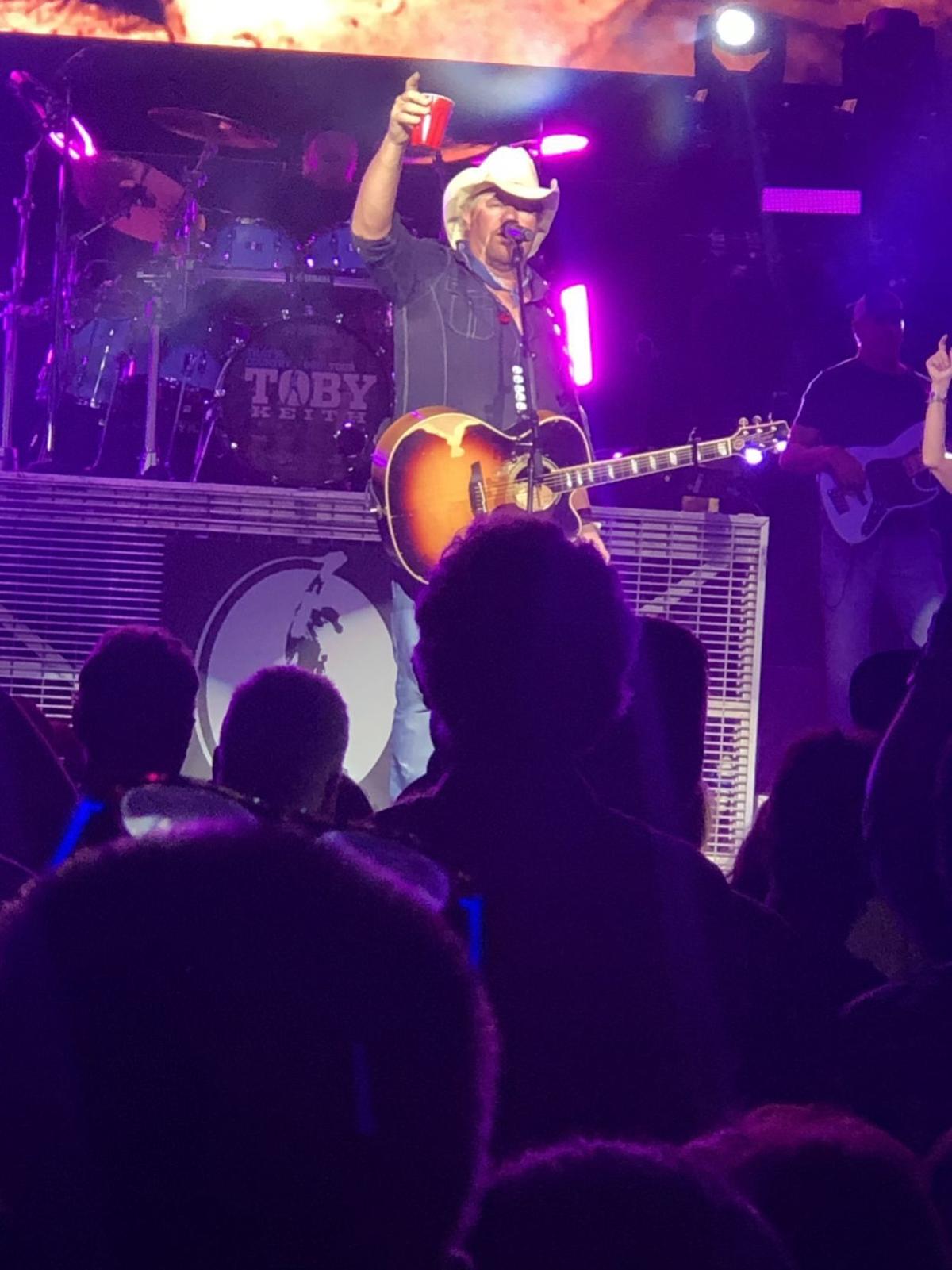 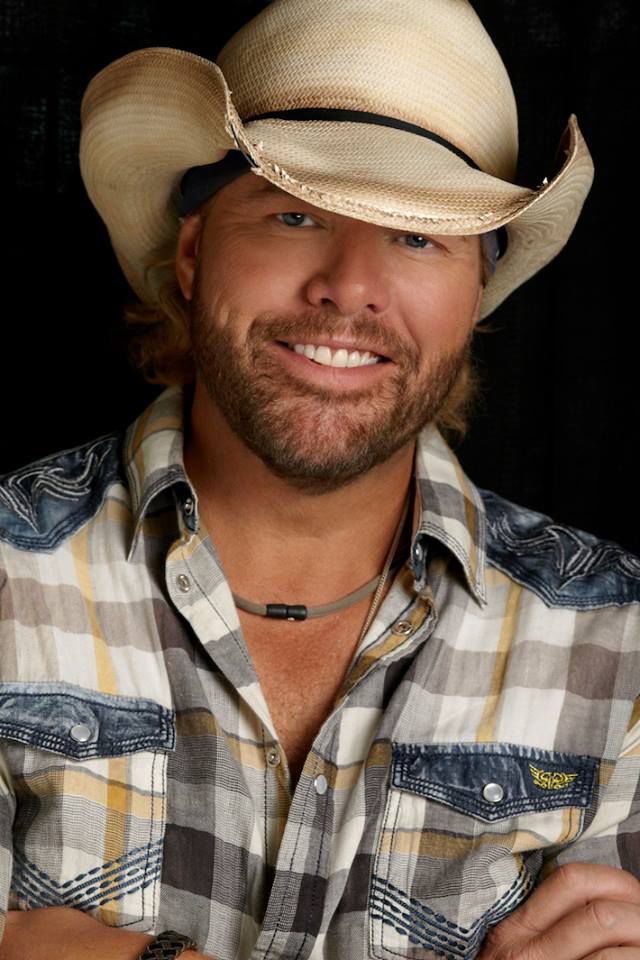 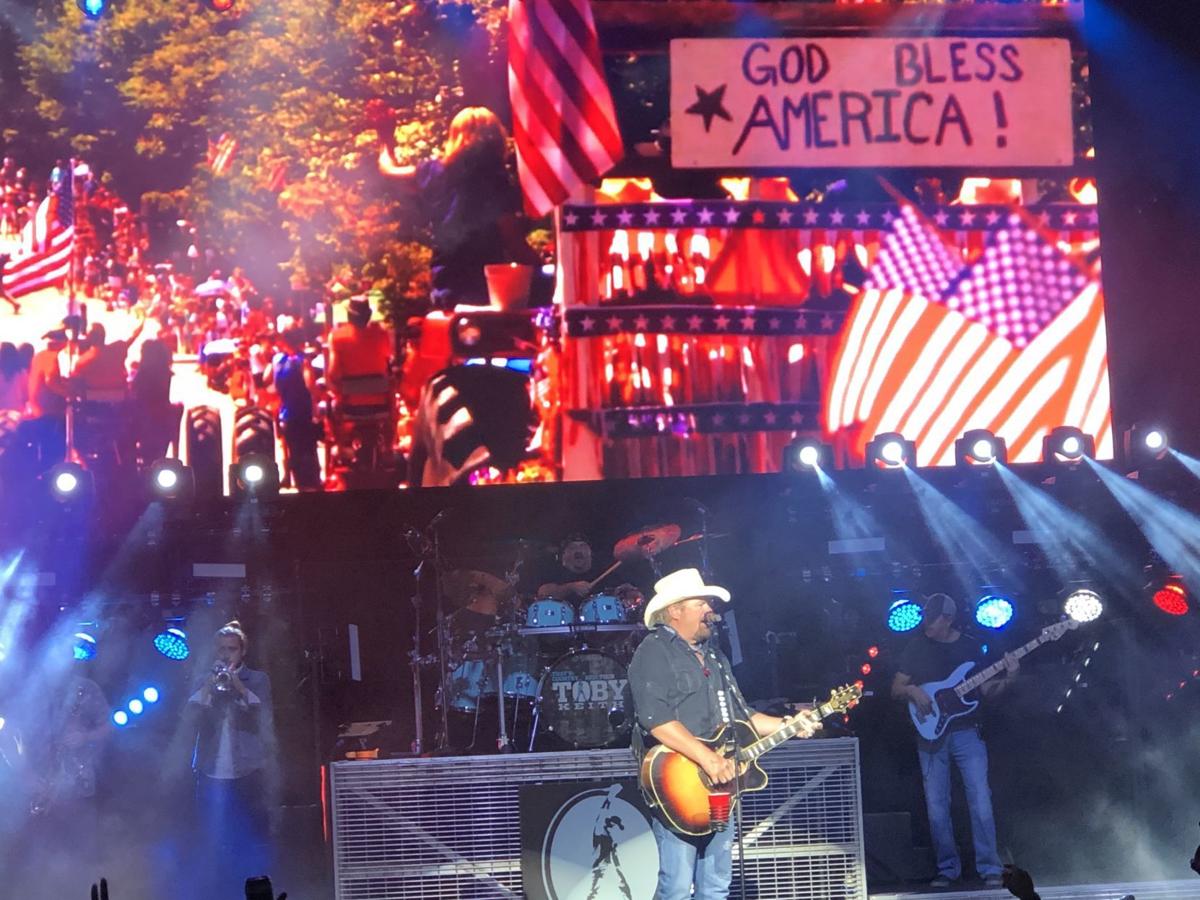 “We’re going to toast the Marines on their 244th birthday,” he proclaimed before drinking from the cup as the audience filling the AVA at Casino del Sol let out a prolonged cheer.

For a minute or so, the country superstar raised his cup and made several back-to-back toasts — to firefighters and first responders, police, veterans, active military — before taking a sip.

When Keith toasted the men and women serving today, the rumble of applause pulsed throughout the 5,000-capacity amphitheater and hung in the perfect night air.

Keith’s nods to the Americans in uniform continued throughout his nearly two-hour show, right up to the finale when he brought a handful of veterans on stage as he sang his tribute song “American Soldier.”

It was the perfect prelude to Veterans Day on Monday.

Keith, a fierce advocate for veterans and the military, pulled several of his pro-military/solider, patriotic tunes out on Sunday, including “American Ride” and “Made in America,” sprinkling them in with his neo-trad/rocking country hits from a three-decade career.

The 58-year-old Oklahoma native lamented why he “Shoulda Been A Cowboy” before reminding himself that he is “As Good As I Once Was” even if — wink-wink —it’s only once. We forgave him when he stumped himself on the lyrics for “God Love Her,” the song that mentions Tucson, and we nodded in agreement when he suggested that if the White House were in Texas and we had a few more cowboys, we’d get a straighter answer.

We drank along to “Beer for My Horses,” recalled our favorite dive joint when he sang “I Love This Bar” and nodded our heads when he asked “How Do You Like Me Now.”

When we weren’t pounding our chest in patriotic pride and thanking the vet standing next to us, we were picturing desert keggers and red Solo cups — “I fill you up / let’s have a party.”

Sunday’s audience cheered along, raising their own red cups to air-toast the singer, who performed as if it were a Friday night. And the audience partied with similar gusto, possibly because many knew they didn’t have to get up early Monday given the Veterans Day holiday.

Keith’s show was the finale of the AVA at Casino del Sol’s 2019 concert series and it was the last concert Keith will perform this year; we were the end of the line for his 2019 tour.

Country rapper Colt Ford opened the show with a similar patriotic, flag-flying ode to veterans. Ford, donning sunglass throughout his 30-minute set, hung a large American flag from his top of his mic stand.

The mic stand was a rifle.

The AVA at Casino del Sol is fleshing out its 2020 concert series lineup, which kicks off in April with ZZ Top.

From "Shoulda Been a Cowboy" to "That's Country Bro!" concert will play like a Toby Keith jukebox in your favorite honky tonk.

Rap, rock, country and pop: It's all music to Colt Ford

Colt Ford is a little bit rap, rock and hip-hop, but if you ask him, he’s 100 percent country.

Toby Keith’s I Love This Bar and Grill at the Tucson Mall closed Friday night﻿.

Biz tip of the week: Veterans Day and the business owner

Veterans Day always makes me think of heroes. When I meet a veteran, I instantly feel a sense of trust, appreciation and respect toward them. …