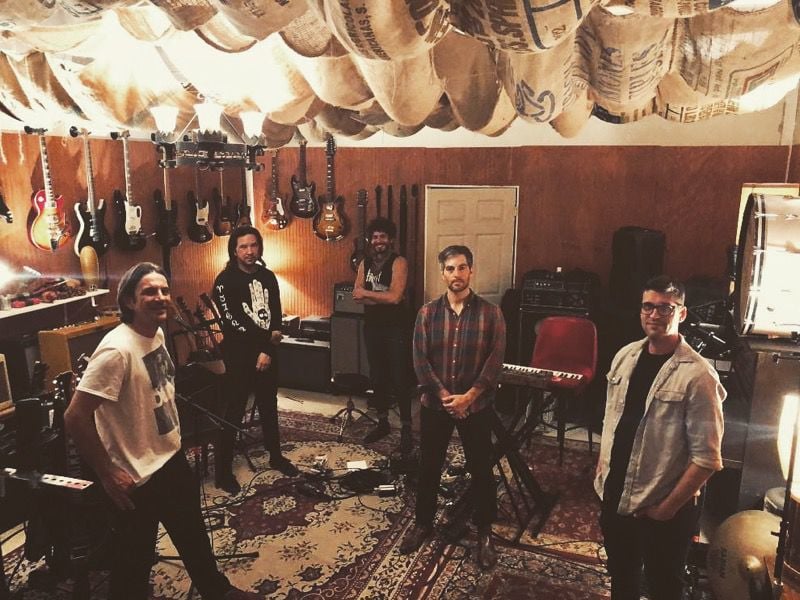 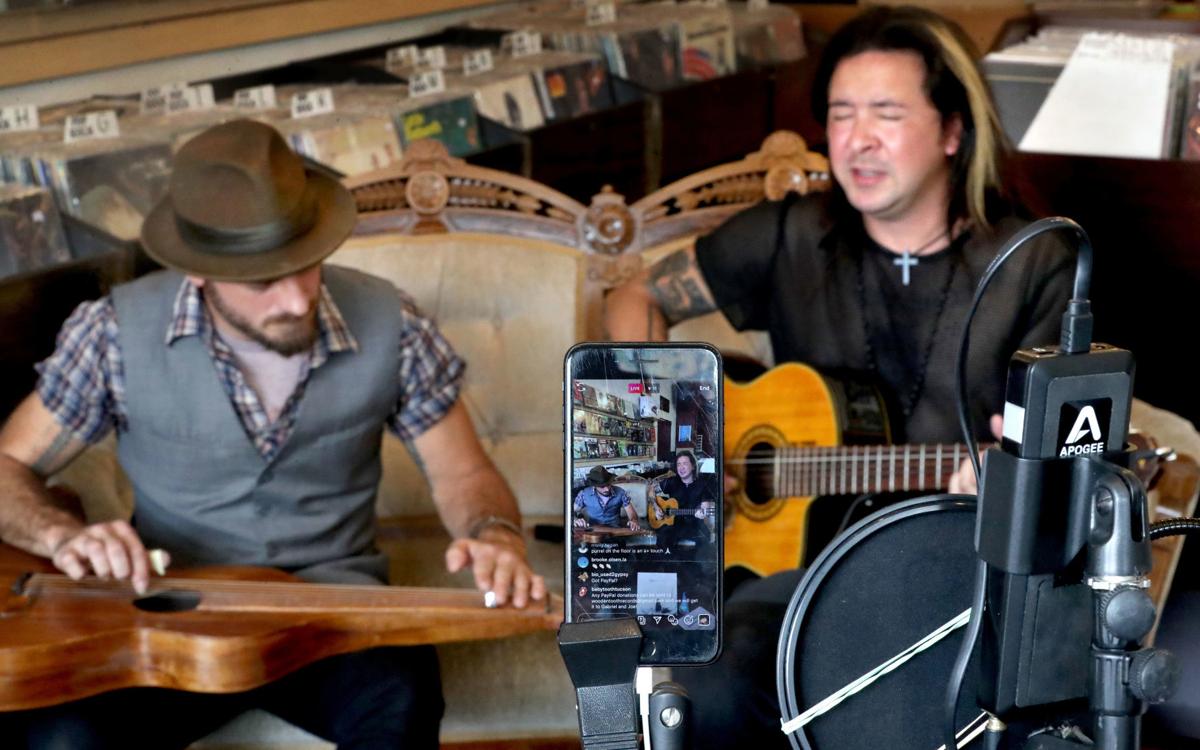 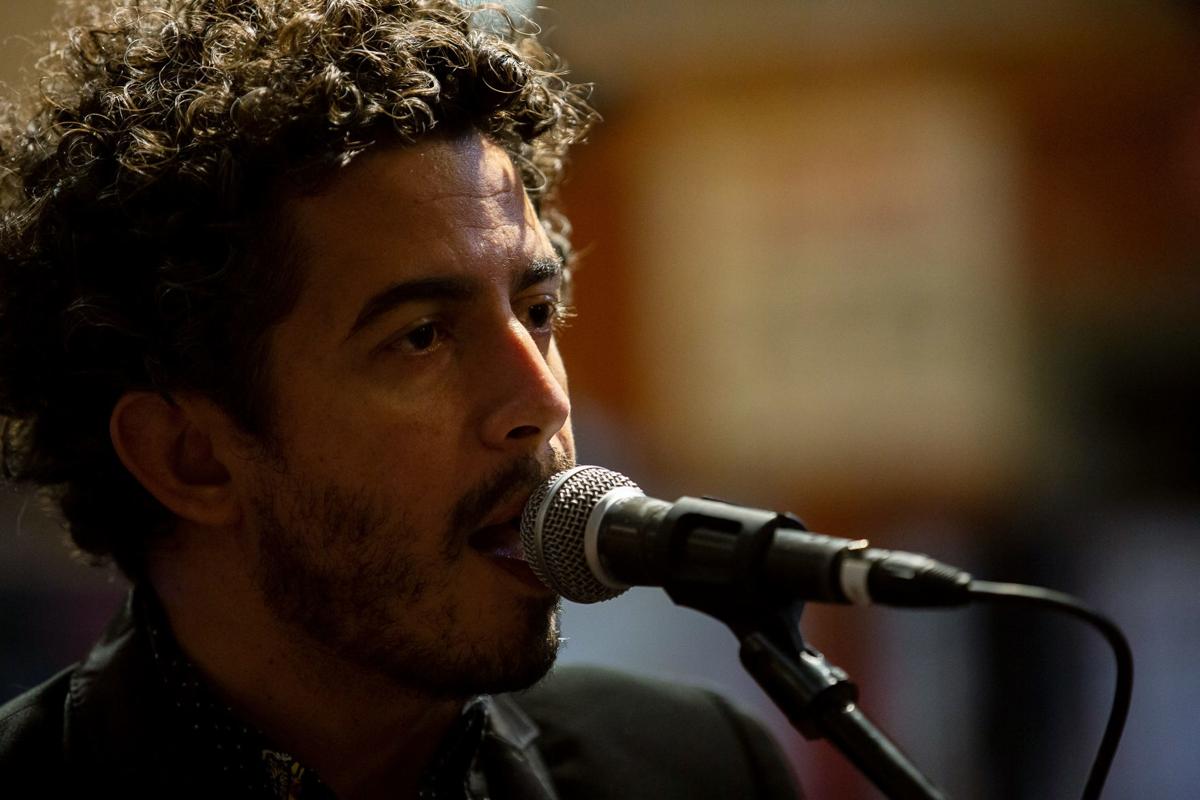 Tucson native Brian Lopez said he and his XIXA bandmate Gabriel Sullivan will likely perform more online concerts to get them through the coronavirus crisis.

The band live-streamed the events over Facebook and Instagram, drawing in fans from around the world in what was arguably Tucson’s biggest online concert since the coronavirus outbreak forced the closure of the state’s bars and restaurants.

And it all came together as most XIXA projects do, on the fly, with little more than intuition and passion to guide them.

Last Monday, the band blasted out a note on Facebook saying they were planning a pair of concerts. They invited their fans from around the world to submit song requests. Over the next 48 hours, they stripped the songs of their driving rock overtures right down to their acoustic bones.

The trio sat 6 to 8 feet apart in accordance with coronavirus social distancing protocols while their sound engineer Frank Bair worked the soundboard and Bryan Sanders operated the camera.

For an hour, they played acoustic versions of their songs for fans in Paris, Poland, Germany, Hungary, Peru and throughout the United States who made more than 250 comments throughout the performance. When they could, Lopez or Sullivan would respond to the comments, asking the viewers what they were drinking and from where they were watching.

“It was kind of a really cool multicultural experience and it’s because of the music,” Lopez said, attributing the band’s popularity to its extensive world touring. “For one second online we were able to get (fans from around the world) together for a show. It was super cool.”

“We kind of wanted to do it and play for people who were stuck at home,” he added. “It brought them a little bit of joy for that moment. That’s a nice feeling.”

XIXA did a second concert at 6 p.m. Wednesday and thousands more tuned in. All told, nearly 7,000 people viewed the concerts from Europe, South America, the United States and beyond.

Lopez said the band, which he and Sullivan formed back in 2013 when they called themselves Chicha Dust, recorded the concerts and will soon release “Quarantined at Dust & Stone” on Bandcamp.

During Wednesday’s two concerts, XIXA raised $348 through donations made to the band’s Venmo and PayPal accounts. They are giving the money to Bair and Sanders.

“It’s not just the musicians (the closures) are affecting. It’s all sorts of people in the industry,” Lopez said.

We put the call out to Tucson musicians to share their new music. Well, they did. Check out some of the new albums from Tucson artists in Caliente on Thursday, April 2.

With all the bars closed courtesy the coronavirus pandemic, Angel Perez is performing a mini concert for his neighbors — one of two live-streamed events he plans to play this week.

COVID-19 pandemic gave Unrehearsed Music Group the perfect excuse to circle back to a mix tape they had been working on for five years.

Tucson native Brian Lopez said he and his XIXA bandmate Gabriel Sullivan will likely perform more online concerts to get them through the coronavirus crisis.