Tucson loses its classical music patron saint, but her legacy lives on
Share this
1 of 3 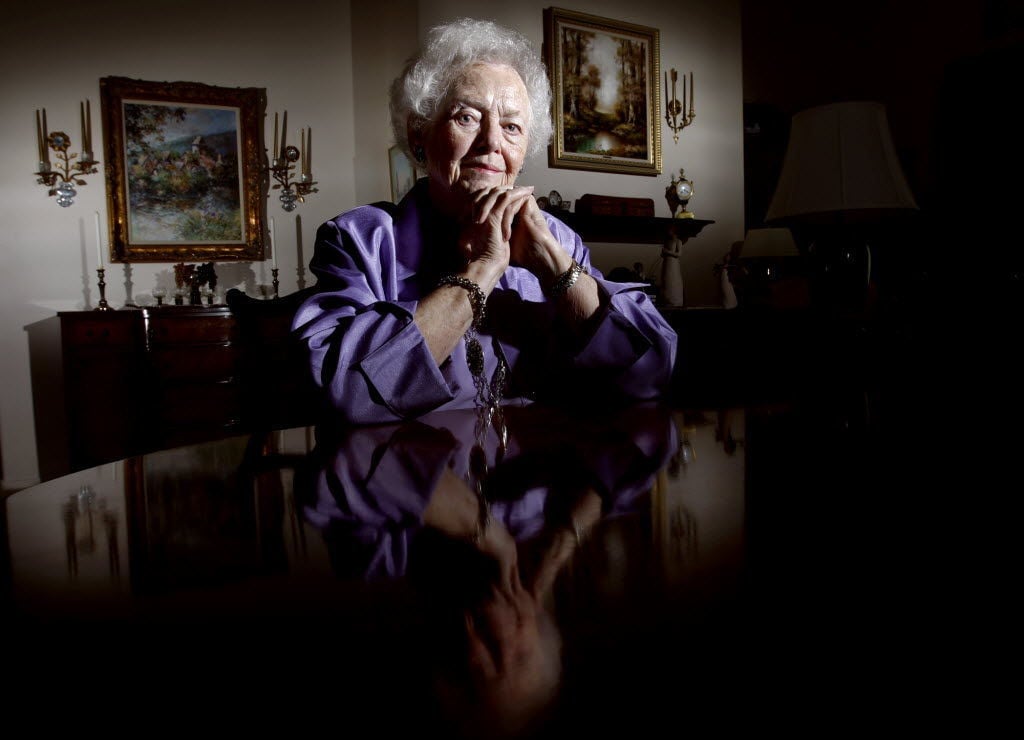 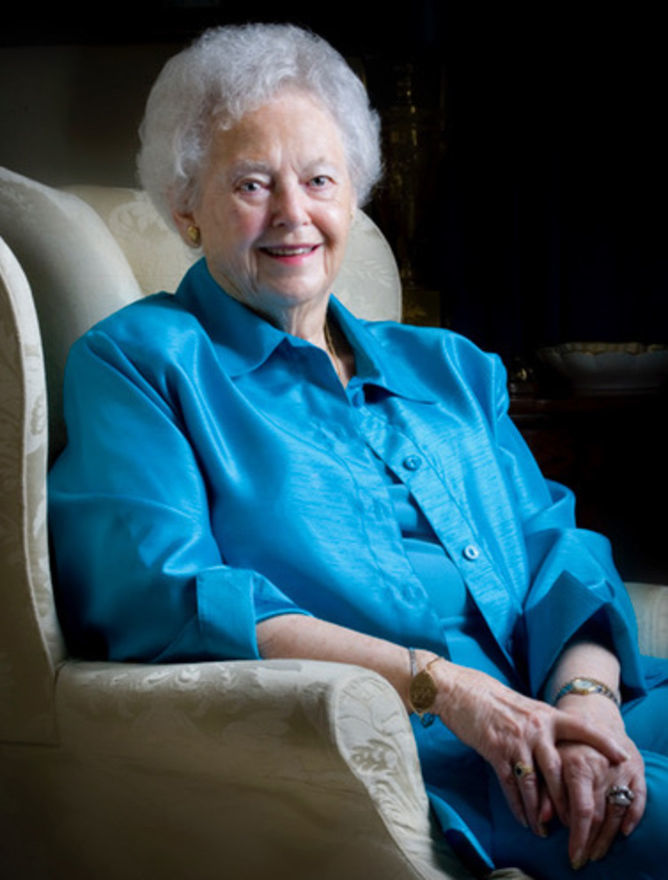 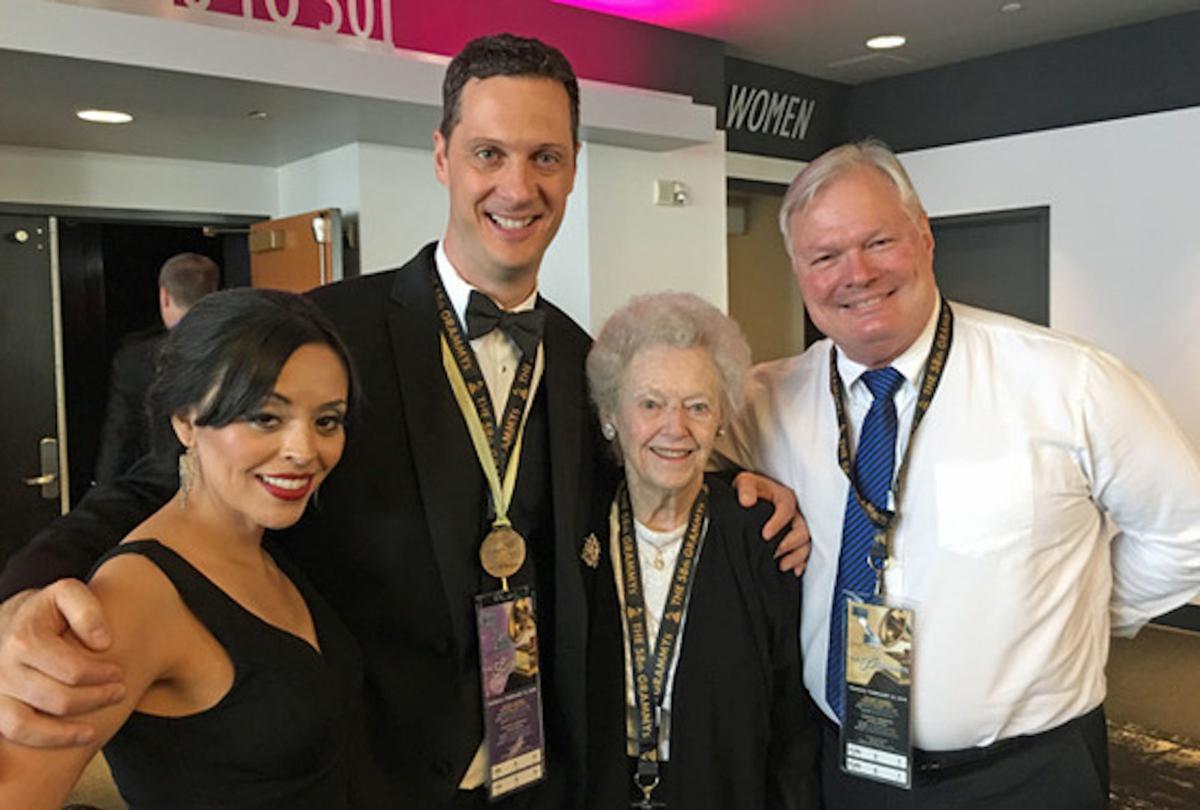 Dorothy Dyer Vanek once joked that whenever she got a lunch invite from a Tucson conductor it came with an ask.

But Eric Holtan, one of those conductors who regularly lunched with the longtime classical music patron, said sometimes lunch was just lunch.

The True Concord Voices & Orchestra music director would pick her up at her Splendido apartment and they would head to Vanek’s favorite Oro Valley restaurant Caffe Torino.

If it was breakfast, she would order the blueberry pancakes. For lunch, it had to be grilled cheese with bacon and tomato — an off-the-menu request that she made so often the restaurant dubbed it the “Dorothy Special.”

Over those meals, Holtan would sit back and listen as Vanek recounted her life, growing up in St. Louis, Missouri, falling in love with classical music in grade school and watching youth concerts put on by her hometown orchestra. She took that love with her in adulthood as she and her late husband Robert Vanek, an airlines executive, traveled and lived all over the world.

“She had a very interesting, well-traveled life and she had endless stories that she would tell,” Holtan recalled days after Vanek died on March 25. She was 93.

“I went on many lunches, breakfasts with her and I did a lot of listening. She had fun and interesting things to say,” added Holtan. “Not every lunch and breakfast was an ask.”

“I had a lot of fun getting to know her,” recalled George Hanson, whose relationship with Vanek goes back to the early days of his 20-year tenure as Tucson Symphony Orchestra’s music director and continued when he became coordinator of the Tucson Desert Song Festival in 2015. “She was full of life and she was full of pleasure as she watched her gifts transform organizations.”

But it was what she did beyond the regular annual checks that transformed these organizations, allowing them to take artistic chances that have paid impressive dividends.

Vanek picked up True Concord’s $50,000 tab to commission nationally known composer Stephen Paulus in 2011 to pen the 9/11 anniversary oratorio “Prayers and Remembrances.” She also underwrote $100,000 to send the group to New York City to perform the piece at Carnegie Hall and $75,000 to their Grammy-nominated CD, “Far In the Heavens — Choral Music Of Stephen Paulus.” The album didn’t win, but Paulus won a Grammy for best contemporary classical composition for “Prayers and Remembrances.”

She attended the Grammys ceremony with Holtan and when Paulus’s widow accepted the award on her husband’s behalf — Paulus died in 2014 — Vanek cried.

“That’s the only time I saw Dorothy cry,” Holtan recalled.

Vanek believed that “Far in the Heavens” was just the beginning of what True Concord was capable of, so when Holtan asked her in 2016 to be a part of the ensemble’s ambitious five-year recording and commissioning project, she kicked in $500,000 and her blessings. The Dorothy Dyer Vanek Fund for Excellence has produced two new compositions to date and one recording, last year’s “Christmas With True Concord: Carols in the American Voice.” The album reached No. 5 on Billboard’s traditional classical albums chart.

Next January, True Concord will perform the world premiere of another Vanek Fund commission by American composer Jocelyn Hagen to commemorate the centenary of women’s suffrage in America.

“I thought it would be a wonderful project that they could do,” Vanek said at the time. “They discovered that they can do it. When we did the Paulus event we brought things together, but they also found out that they were capable of doing that. They won the Grammy. It was quite a thrill to win.”

Vanek’s contributions to SASO changed the dynamic of the 40-year-old orchestra. In addition to sponsoring the orchestra’s season for the past 13 years, she also was the lead backer of tours to China and Brazil, and was a major sponsor of the orchestra’s performances the past four years with the San Luis Potosí Opera Festival in Mexico.

“If it wasn’t for her I don’t think we would be where we are today,” said SASO Music Director Linus Lerner, who estimated his volunteer orchestra received hundreds of thousands of dollars from Vanek over the years, including sponsoring the ensemble’s recording of “Celebration,” a CD of Tucson composers works. “It all started with Dorothy.”

TSO Music Director José Luis Gomez, in a message posted on the TSO’s website, recalled the first time he met Vanek and her second husband, Robert Carroll, when he started his tenure in 2016.

“Immediately I was captivated by their wonderful life stories. She was so warm-hearted and supportive from day one — and moreover, so passionate and loyal in supporting the arts in Tucson,” he said. “It is a great loss for this community and we all owe her generosity and love. She will be greatly missed.”

For years, Vanek sponsored the TSO’s classics series and never missed a concert, always taking a bow when TSO officials thanked her from the stage.

Until earlier this year, when her health took a turn, Vanek also was a regular presence at SASO concerts, sitting in the front row as Lerner conducted from the St. Andrew’s Presbyterian Church stage, and had her regular seat for True Concord concerts at Grace St. Paul’s near the University of Arizona.

She once said that her goal was to bring Tucson’s classical music community together and in 2018, she saw that happen when she donated $150,000 to the Tucson Desert Song Festival for its “Bernstein at 100” festival.

“These groups have really brought the people out, and I am very, very pleased,” Vanek told the Star at the time. “I had hoped for that when I started this all 14, 15 years ago. It was my thought that somebody had to step in and really, really sponsor” classical music in Tucson.

Your Tucson Symphony Orchestra’s brass quintet came together this past Saturday to record “Amazing Grace” in memory of Dorothy Dyer Vanek.

Looking for a new quarantine read? Check out one of these books by Southern Arizona authors

Make good use of your quarantine time with one of these audiobooks available through the Pima County Library.

Staying active and healthy is key to keeping sane while in quarantine, but keep your distance.

Music Director Eric Holtan is curating works that speak to our fears, joys and uncertainty as we get through the coronavirus pandemic.