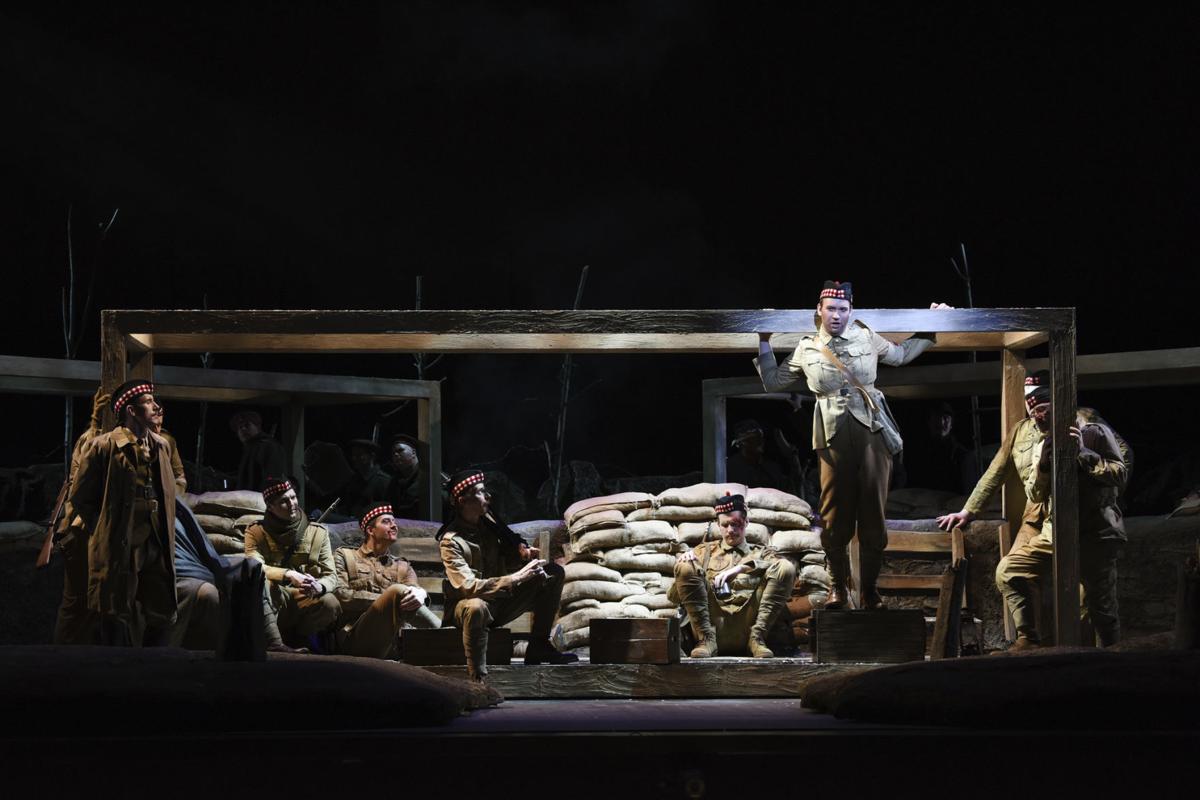 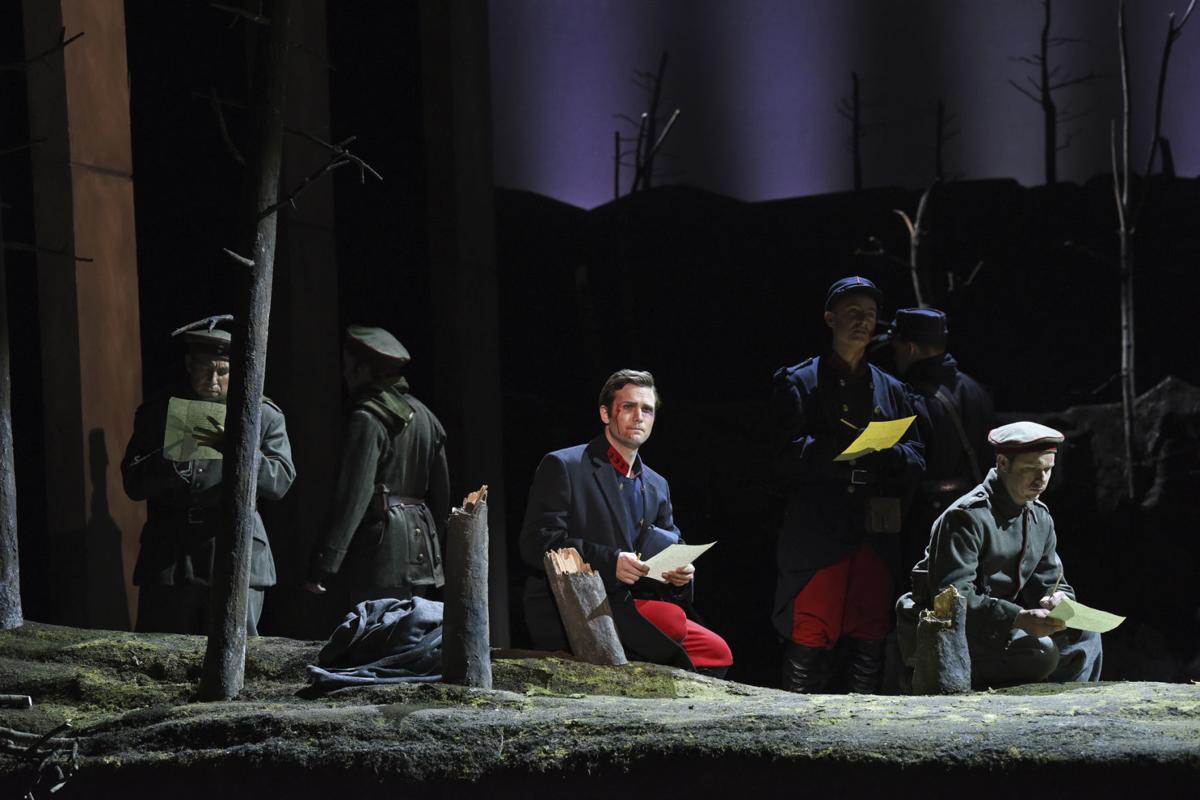 “Silent Night” tells the story of the truce between frontline soldiers months after World War I broke out.

As the applause died down at Tucson Music Hall Saturday night at the end of Arizona Opera's production of "Silent Night," the company's board chairman John Johnson turned around and said what was on many of our minds: Opera doesn't get any better than this.

Some might call it hyperbole, but in terms of contemporary opera, Johnson was right on. Kevin Puts' Pulitizer Prize-winning World War I era opera about soldiers putting down their arms on Christmas Eve and settling for a little peace amidst the carnage was arguably one of the best operas we've ever witnessed on an Arizona stage.

And it was the perfect distraction from all the divisiveness going on in the country today. Just imagine if we could all get together and mano-a-mano, without interference from the people charged with running the show, decide to call a truce and see one another for who we are and not the labels that have sadly come to define us.

That's the hope of "Silent Night," told through Puts' powerful score and a moving libretto by Mark Campbell. Peace is possible, if you give it a chance.

"Silent Night" takes place on Christmas Eve 1914 as Scottish, German and French troops in their bunkers on the frontlines of WWI are opening gifts from home and singing Christmas songs. As they hear one another celebrate, a German conscript (sung by tenor Andrew Bidlack) who would rather be enjoying his life as an opera singer, sings "Silent Night" in German and raises a miniature Christmas tree in the bunker. The Scots answer with bagpipes and once the commanders see their men getting along, they come out of the bunkers waving white flags. The French hear the commotion and come out to inspect. When their commander, Lt. Audebert (sung by baritone Joseph Lattanzi) sees the white flags, he pulls out one of his own and joins the truce.

The soldiers share bottles of liquor and bars of chocolate from home. They exchange stories of girlfriends and wives, children and mothers. They play football, celebrate Christmas Mass and stare at the dead piled up around them. When the sun comes out, they agree to extend the truce to give them time to peacefully bury their dead.

All of this was done without the consent of the top generals and you can guess that when they found out, they lost their minds and quickly set about restoring war to its proper role of killing the perceived enemy.

Arizona Opera's production was the third setting of the work, which was commissioned by Minnesota Opera and debuted there in 2011. The production included wheeled bunkers that they moved about the stage to give you a feel of a battleground. During the big fight scene early in Act I, black-and-white footage of actual fighting was projected onto a giant screen at the back of the stage.

The opera is sung in German, French and English — simultaneously — which might sound fairly impossible. But with the immensely talented cast Arizona assembled, it was easy to follow along and distinguish the languages from one another.

• Tenor Andrew Bidlack as the German opera singer-turned reluctant soldier hit the high end of his register with such sweet tones.

• Soprano Julie Adams as his opera-singer fiancé and the only female in the cast had a radiant strength to her voice especially when she delivered the battlefield prayer.

The orchestra, under the baton of Joseph Mechavich, was terrific. They brought out all the sobering colors of Puts award-winning score and took us to a battlefield with all its drama and tragedy. In the late Act II scene where the soldiers have returned to battle, Puts creates a sense of confusion and contradiction with dissonant chords that Mechavich effected with dramatic results.

“Silent Night” tells the story of the truce between frontline soldiers months after World War I broke out.