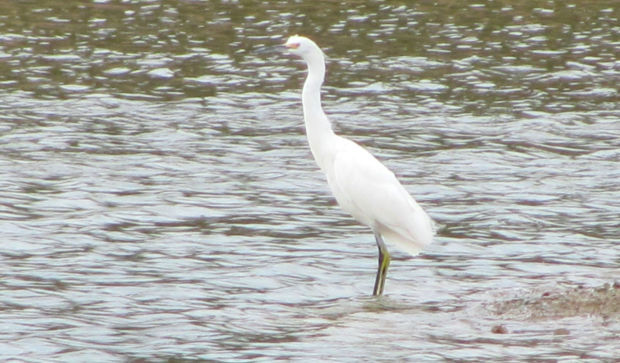 An egret at the Kino Environmental Restoration Project, one of the city’s top bird-watching sites. 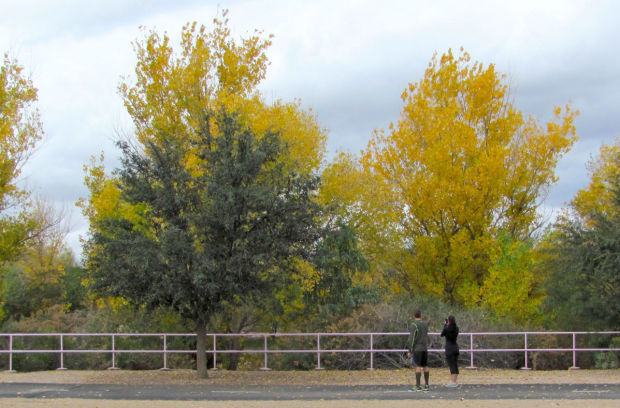 Cottonwood color brightens the shores of the pond at the Kino Environmental Restoration Project. 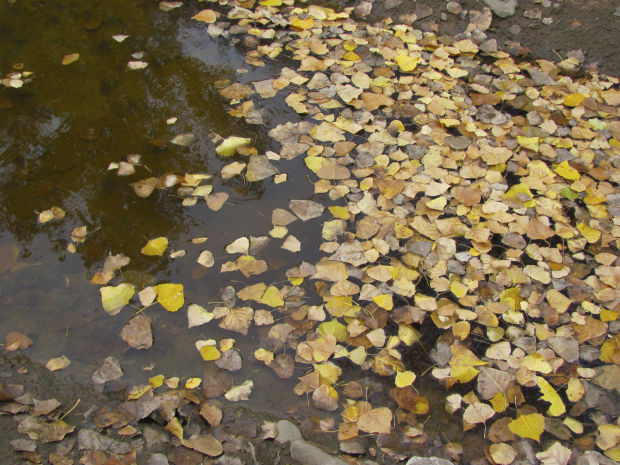 At midweek, colorful leaves floated on the Kino pond on Forgeus near Ajo Way.

It’s a splendid season for watching waterfowl at urban wetlands around Tucson and taking in some brilliant autumn color as well — never mind that it’s winter.

Ducks, egrets and other water-loving birds float and fly over ponds at the Kino Environmental Restoration Project on the south side, where cottonwood trees were still showing brilliant autumn hues this week.

Other good sites for spotting waterfowl include the Sweetwater Wetlands near Prince Road and Interstate 10.

“Snowy egrets are not uncommon this time of year at sites like the Kino Environmental Restoration Project and Sweetwater, along with others in their family like great egret, great blue heron and black-crowned night-heron,” said Kendall Kroesen, urban program manager with the Tucson Audubon Society.

In addition to waterfowl, he said, other birds often seen around urban wetlands include yellow-headed blackbirds, red-winged blackbirds, Brewer’s blackbirds and great-tailed grackles.

“Of course there are many more, but those are some of the numerous ones,” Kroesen said. “It’s a very nice time of year to be out birding.”

Even though most autumn color disappeared from mountains around Tucson by early November, cottonwoods continued to display leaves of yellow and gold at the Kino Restoration site as of Wednesday morning. It’s not certain how the leaves might fare in the cold snap that has hit the area since then.

Remnants of autumn color also lingered this week on some trees along rivers and washes around the Tucson metro area.

• The Kino Environmental Restoration Project is on Forgeus Avenue about a block north of Ajo Way.

You might spot the birds at lakes and ponds in parks around town.

Doug takes advantage of every good photo op he finds in nature.

An egret at the Kino Environmental Restoration Project, one of the city’s top bird-watching sites.

Cottonwood color brightens the shores of the pond at the Kino Environmental Restoration Project.

At midweek, colorful leaves floated on the Kino pond on Forgeus near Ajo Way.