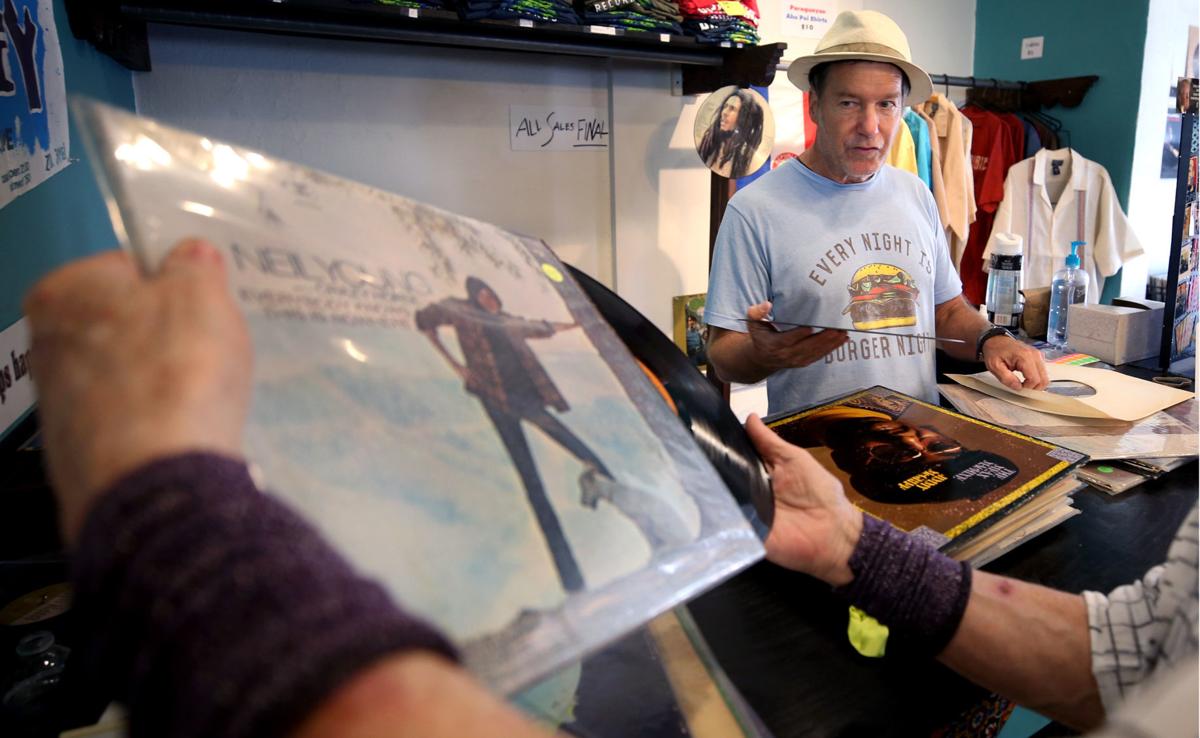 Hurricane Records owner Rich Hopkins talks about the pricing of a Neil Young album that was part of a collection purchased in Houston. “I buy a lot of my stuff from collectors in Texas.” 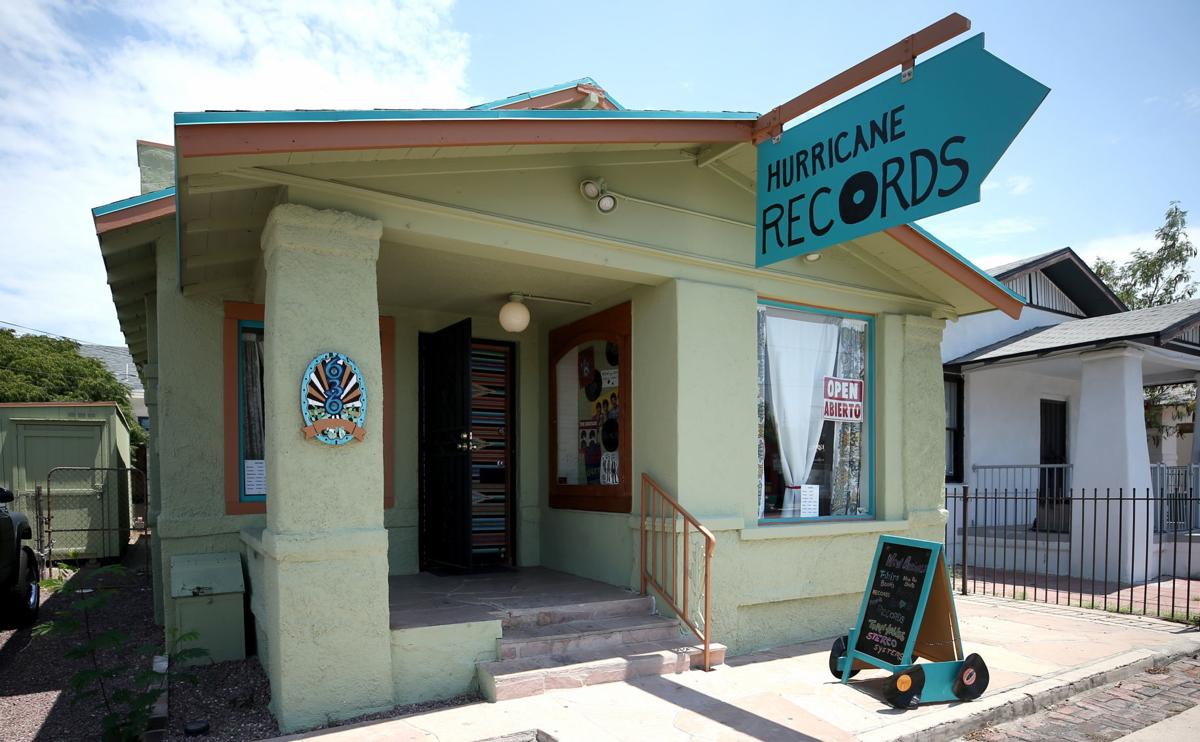 Tucson’s newest record shop, at 636 N. Fourth Ave., purchases big collections from around the country. The result is a broad selection that appeals to a wide range of customers. 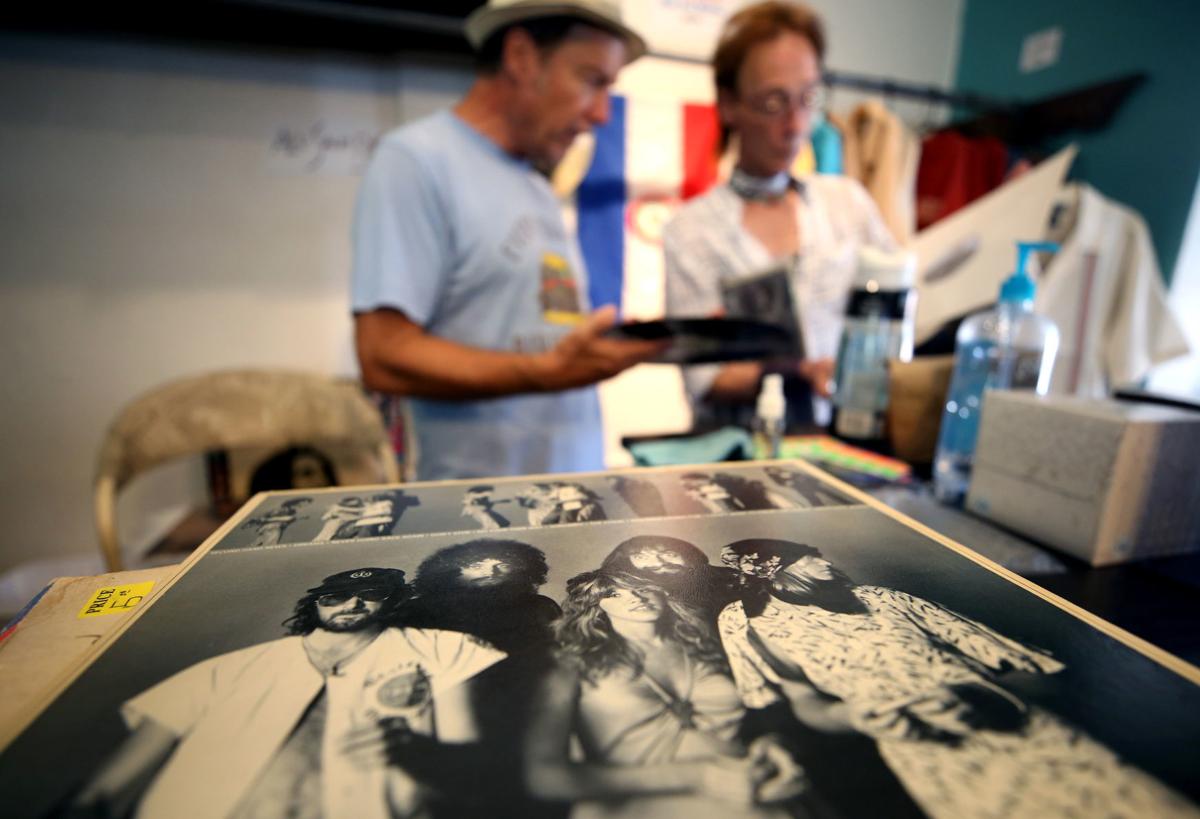 Rich Hopkins, left, and Stan Everhart discuss the condition of a Fleetwood Mac “Rumors” album from 1977. Hopkins says his Beatles and Rolling Stones collections are unrivaled.

A Supertramp album on the sales rack at Hurricane Records. There’s enough demand to support several vinyl businesses in Tucson at the moment, though one owner sees the market heading for oversaturation. 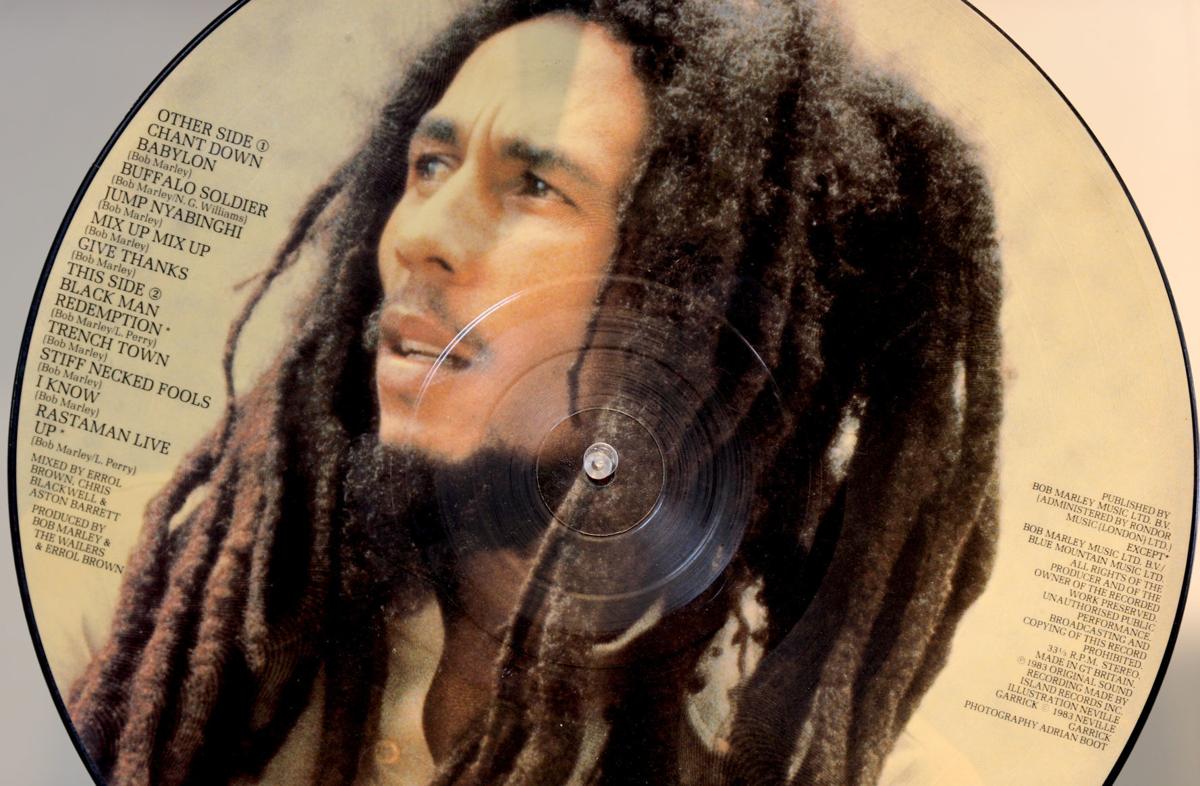 By Chandler Donald Special to the Arizona Daily Star

Hurricane Records on Tucson’s North Fourth Avenue is a bit of a time machine.

Rock ’n’ roll plays on the stereo, vinyl records fill boxes on the walls and collectors both young and old flip through the stacks, on a treasure hunt for the classics of the past. It’s like it’s 1966.

Vinyl rules at Hurricane and other record stores around the country. Even with easy access to digital platforms such as Apple Music and Spotify, the vinyl industry has exploded, reaching a 30-year-high, according to Fortune magazine.

“First of all there’s a better sound quality with vinyl on good speakers,” the 21-year-old says. “There’s also something to the physical experience to putting on a record compared to Spotify. It adds another dimension to the music as an art.”

Craig Schumacher, owner of Wavelab Recording Studio downtown, agrees. He says that sound quality is one of the main reasons vinyl is making a comeback. In theory, he says, the audio coming from a vinyl record is closest to how we hear things naturally.

“The sound hasn’t been chopped into bits,” Schumacher explains. “Our brain relaxes more and we accept it more.”

Continuous audio, he adds, means that the music is played from one single wavelength that is carved into the vinyl by a tiny lathe. For digital music the audio we usually hear is separate wavelengths played in unison.

A noticeable difference in quality only comes with higher-end record players.

Another reason people listen to vinyl is the physical involvement, says Schumacher.

“The iPod took that user experience away because you have your own jukebox with no interactivity anymore,” he said. “Whereas records, you kind of have to be a DJ in a way.”

Schumacher says that for the generation of people who didn’t grow up on records, vinyl is a whole new way to listen to music.

“The process hasn’t really changed since Edison,” Schumacher says. “Suffice to say there is no new (way to listen) on the horizon.”

Wooden Tooth Records was an early entry into the new wave of the vinyl business in Tucson. It opened in 2015 and operated out of the back of Cafe Passe on North Fourth Avenue. Now at East Seventh Street, co-owner Kellen Fortier says business is good, despite several competitors opening in the last year.

“I think we’ve established ourselves pretty well,” says Fortier, who wanted to start a record store in Tucson after his favorite store, Toxic Ranch, closed in 2014.

While he thinks the market is headed for oversaturation, Wooden Tooth is looking to expand and begin hosting live music.

Zia Record Exchange started in 1980 and has survived through the digital revolution and thrived with the renewed interest in vinyl.

With six Arizona locations and two in Las Vegas, Zia is among the top sellers of new and used vinyl in the Southwest. Despite the closure of one of the two Tucson locations, Zia marketer Jason Woodbury says thus far there is enough demand to support the supply in Arizona.

He thinks the reason markets are facing increasing interest is because vinyl isn’t about any one genre.

“If you’re into music then collecting records is for you,” Woodbury says. “I think there is a luxury or a sense of freedom in sitting down with something that’s not on your phone.”

This approach means that Hurricane can introduce more variety in its collection, appealing to a wider base of customers.

“I don’t think anyone has as good a collection of Stones and Beatles than I do,” Hopkins says. “I’m looking for stuff that is affordable and interesting.”

Chandler Donald is a University of Arizona journalism student apprenticing at the Star.

Keeping the records spinning on the stereo

Jeff Brucker and his staff have been repairing audio equipment at Stereo Hospital inside Metro Gnome Music since 2000.

The advantage to repairing an old system rather than buying a new one, Brucker says, is the heavy-duty design of older models.

“The forces involved are very minute,” says Brucker, the owner of the business. “The inexpensive newer models which are made with plastic usually produce a lower fidelity sound.”

While most audio repair is better left for the professionals, Brucker says there are some things that you can do yourself to ensure a high fidelity listening experience.

Brucker also says that it is important to clean your records with vinyl cleaner and use an antistatic brush to avoid dust.

If you’re not sure if your old turntable is in proper working condition, Brucker says to plug it in and try playing it.

Featuring: Record and CD dealers from throughout the Southwest selling music and memorabilia.

Sangria and salsa are the main event of this Tucson festival

The Sangria and Salsa Festival will feature 25 hand-crafted sangrias.

Hurricane Records owner Rich Hopkins talks about the pricing of a Neil Young album that was part of a collection purchased in Houston. “I buy a lot of my stuff from collectors in Texas.”

Tucson’s newest record shop, at 636 N. Fourth Ave., purchases big collections from around the country. The result is a broad selection that appeals to a wide range of customers.

Rich Hopkins, left, and Stan Everhart discuss the condition of a Fleetwood Mac “Rumors” album from 1977. Hopkins says his Beatles and Rolling Stones collections are unrivaled.

A Supertramp album on the sales rack at Hurricane Records. There’s enough demand to support several vinyl businesses in Tucson at the moment, though one owner sees the market heading for oversaturation.