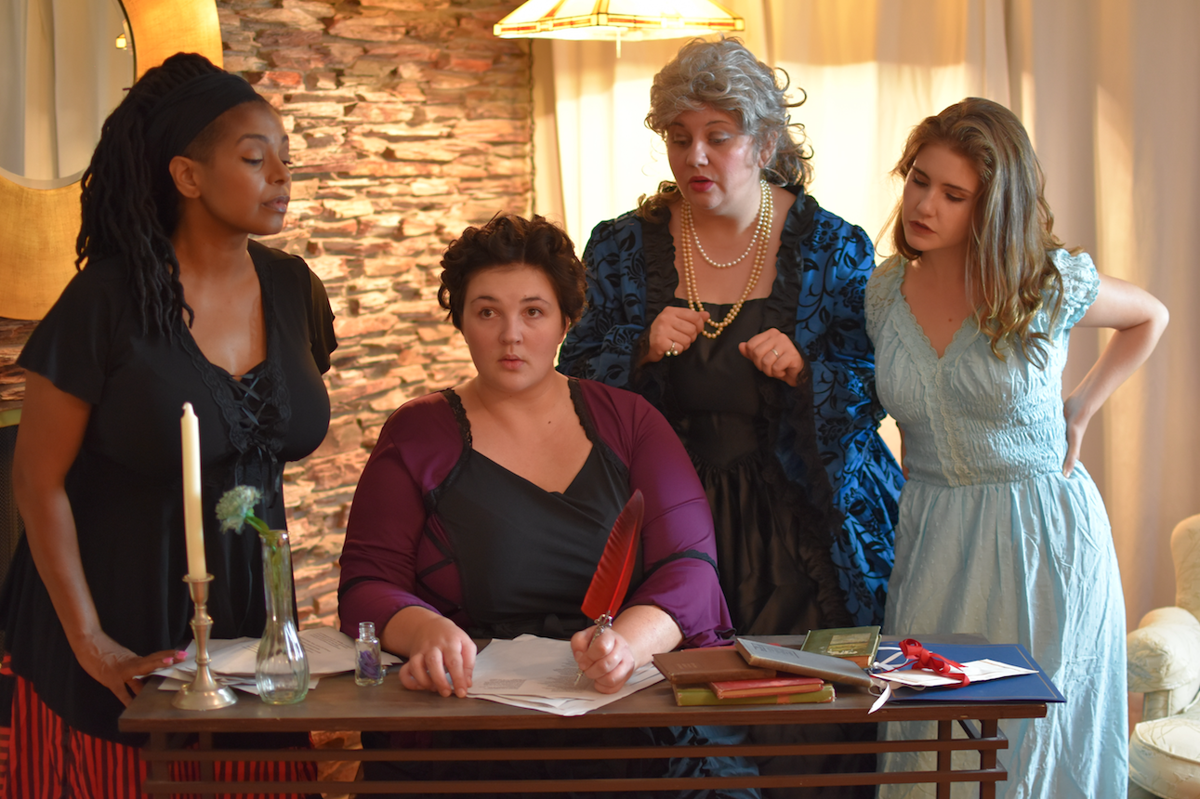 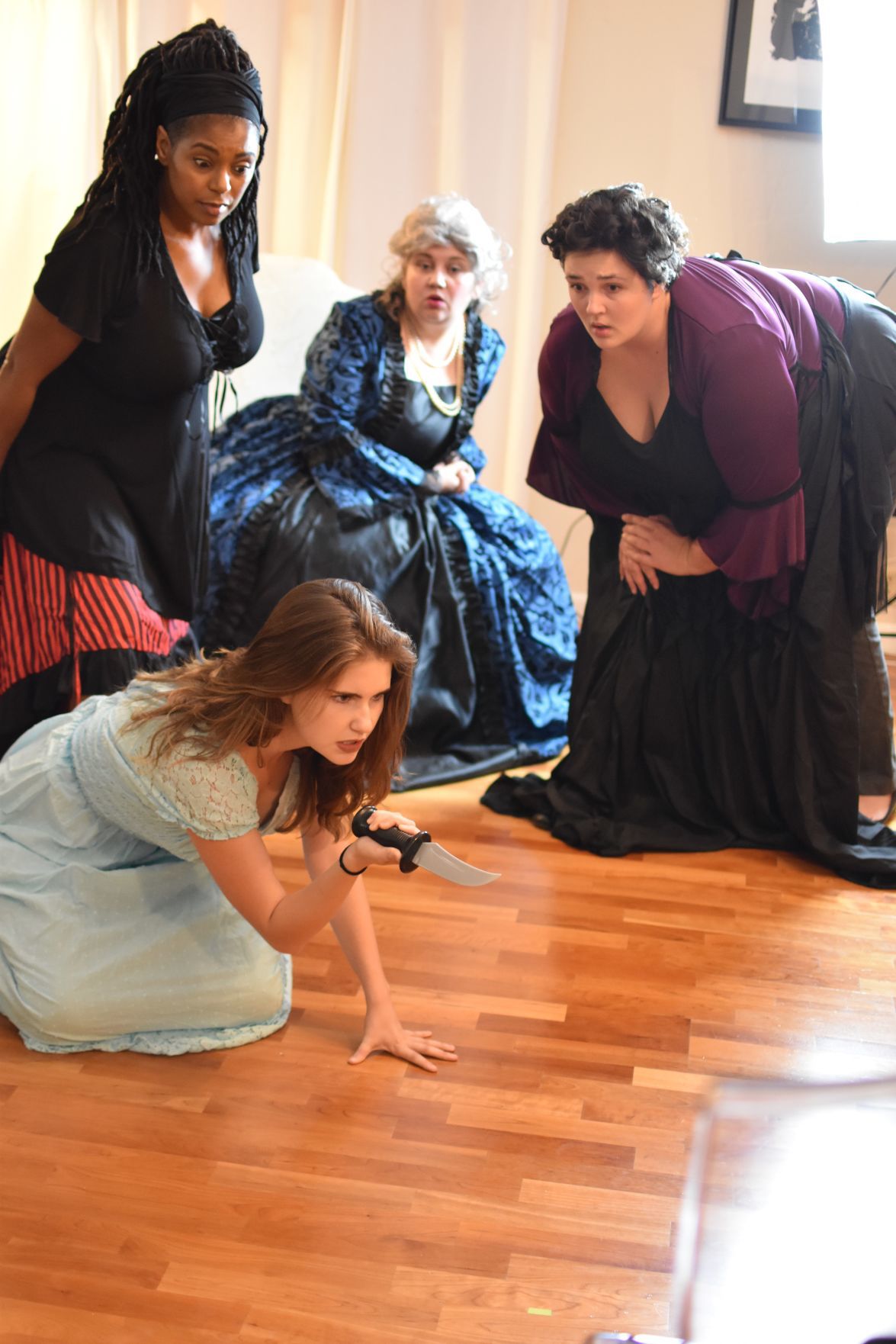 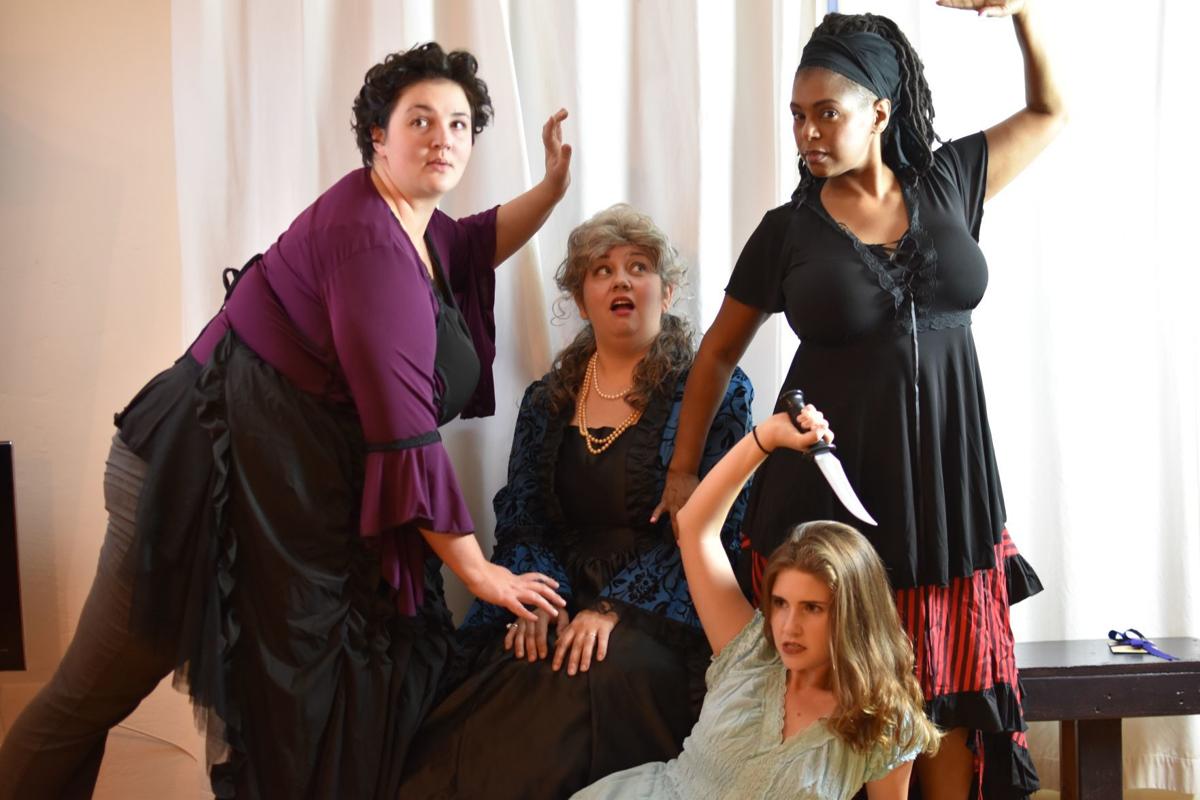 Lauren Gunderson imagines an unlikely meeting between four women during that bloody mess in her play “The Revolutionists,” Something Something Theatre Company’s current offering.

She brings together the real-life feminist writer Olympe de Gouges, assassin Charlotte Corday and, of all people, Marie Antoinette. The only didn’t-exist-in-real-life character is Marianne Angelle, a composite of women from Saint-Domingue (now Haiti), a French colony that was in the midst of its own revolution when the slaves rebelled — and eventually won.

Not only did Gunderson bring this quartet together, she made them funny, and often insightful.

How could they not be: de Gouges challenged the role of women in 18th century France. In fact, her demanding-equal-rights manifesto, “Declaration of the Rights of Woman and of the Female Citizen,” caused such a stir that it was one of the pieces of evidence that led to her beheading.

Convent-raised Charlotte Corday thought if she assassinated the French revolutionary Jean-Paul Marat, whose writings spurred on the Reign of Terror, then perhaps the revolution would lose its steam.

And then there’s Marie Antoinette, queen of France and a short trip away from the guillotine.

The only character who managed to keep her head was the fictional one, Marianne.

De Gouges is in the midst of a writer’s block when Marianne bursts through the door, demanding she write pamphlets for the slave revolt in Saint-Domingue. Not long after, Charlotte stumbles in, insisting de Gouges write a line for her that will ring out over the land just before she loses her head for that assassination.

Marie Antoinette wanders in with the hopes that if she settles into de Gouges place for a bit she might survive one more day.

This play within a play is often funny, though it sometimes works too hard to be clever. But that can’t mask Gunderson’s rich writing or the ideas that are woven in, from revolution to women’s and civil rights.

The strongest character is the one the playwright imagined: Marianne. McMillan gave her full life.

Something Something is committed to staging works by women, and founder O’Dwyer has got adventurous taste in theater literature.

But the scrappy company has no home, and this was staged at City High School’s cafeteria. The sound was atrocious. The high ceilings and warehouse-like space did not serve the play at all well.

Which is a shame, as this production could be savored if we were able to catch all the dialogue.

Where are all the female playwrights? You gotta look

Only eight of the 30 shows being mounted this season by local theatre companies are by women.

Tucson gets on its opa! for annual Greek Fest

Tucson Pride’s annual Pride in the Desert parade and festival are slated to take place this weekend.

4 places close to Tucson for the perfect, outdoorsy fall getaway

After four months of huddling around air conditioning units to avoid the city’s blistering summertime heat, Tucsonans are hitting the road to …

SpaceX crew returned to Earth and other space news you missed