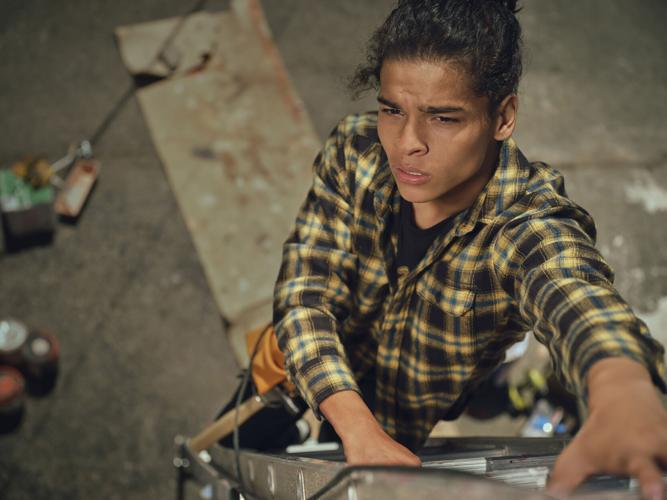 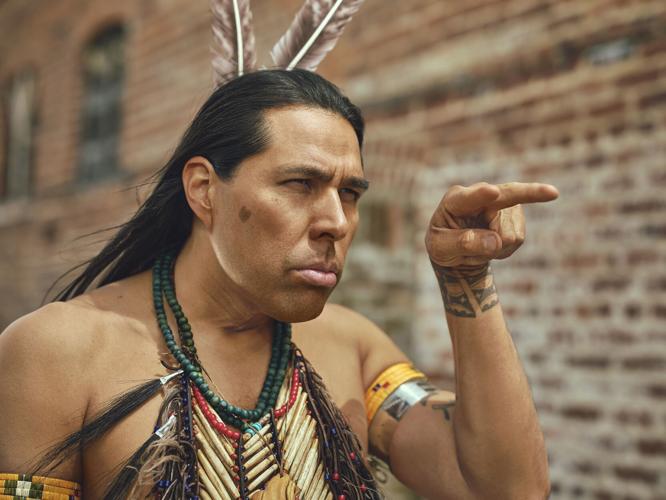 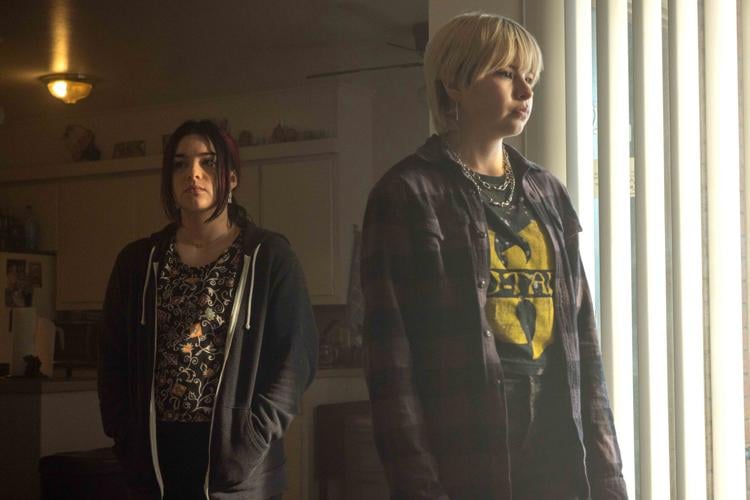 Devery Jacobs as Elora Danan, Elva Guerra as Jackie have to make big decisions about leaving the reservation and heading to California in "Reservation Dogs." 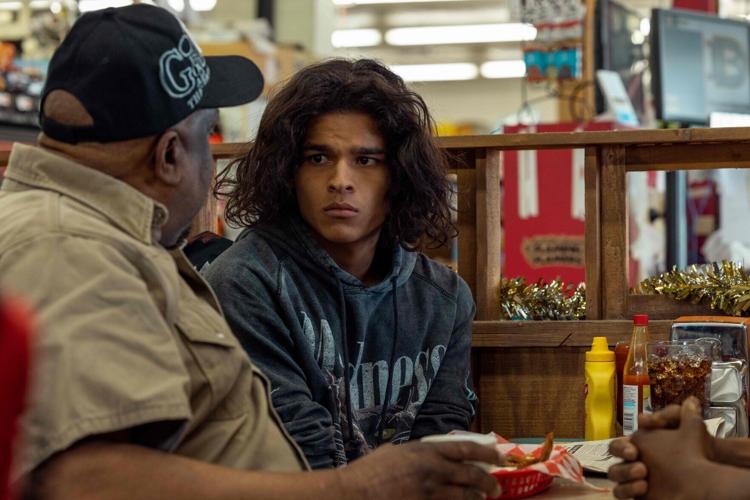 Bear (D’Pharaoh Woo-A-Tai) owns up to his past crimes in "Reservation Dogs."

In the second season, which premieres Aug. 3, the four friends are at odds, largely because their trip to California met with resistance. Elora (Devery Jacobs) is still determined, but now she has Jackie (Elva Guerra) on board and, frankly, the others don’t like her.

Willie Jack (Paulina Alexis) believes the curse she cast on Jackie is the reason everything is going to hell. To change those fortunes, she consults elders and discovers it’s more difficult than anyone thought. At 17, Bear (D’Pharaoh Woon-A-Tai) believes he needs to become a man and get a job. Cheese (Lane Factor), meanwhile, just wants to find a bit of normalcy.

The world is fairly chaotic (particularly when Elora and Jackie hit the road) and doesn’t really settle down until the third episode when Bear enters the workforce as a roofer.

There, he realizes his late friend Daniel’s father is part of the crew. He keeps a distance but, soon, fate tosses them together and the waterworks begin. It’s such an emotional moment (on a rooftop, no less), you can see Bear mature in the process.

Elora gets her moment of clarity when her grandmother is on her deathbed. The friends pull together and “Reservation Dogs” reveals just who they are and what bonds them. Co-creator Sterlin Harjo also introduces traditions in a way that outsiders can understand. A dinner – complete with fry bread and chips – lets old and young talk about their dreams and disappointments. When grandma is near the end, “Reservation Dogs” captures its own out-of-body moment and becomes much more than just another television series.

In the new season, Spirit (Dallas Goodtooth) gets a lot of screen time, including a moment in a port-a-potty that lets him wax eloquent about traditions. When someone dies, he says, “we get their names tattooed on our bodies in Old English script.”

Stray friends introduce us to other customs. “Move,” a woman says as she approaches a couch. “I’m your elder.”

Megan Mullally gets involved in all of this, too. She tries to help Elora and Jackie but, really, she’s just looking for someone to listen to her problems.

Daniel’s death in Season One was a call to action for the four friends. In Season Two, it’s an opportunity to look at their own lives where they should be headed. Before you can finish a bag of Flaming Flamers, you’ll understand sacred tater tots, sacred hairs and the need for a sacred song like “Free Fallin’.”

You’ll also see why there are many rites of passage in a teenager’s life. Some come with guidance; others require a little on-the-job experience. All should be preserved as beautifully as these.

Devery Jacobs as Elora Danan, Elva Guerra as Jackie have to make big decisions about leaving the reservation and heading to California in "Reservation Dogs."

Bear (D’Pharaoh Woo-A-Tai) owns up to his past crimes in "Reservation Dogs."