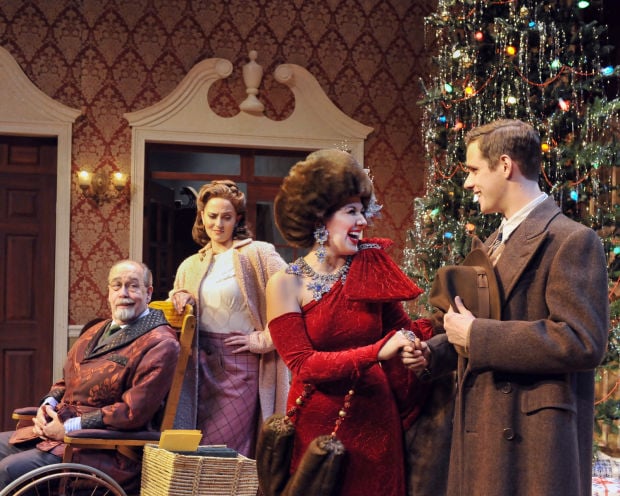 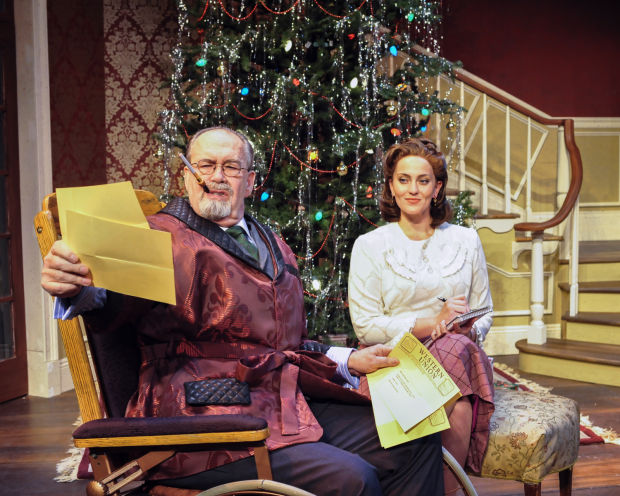 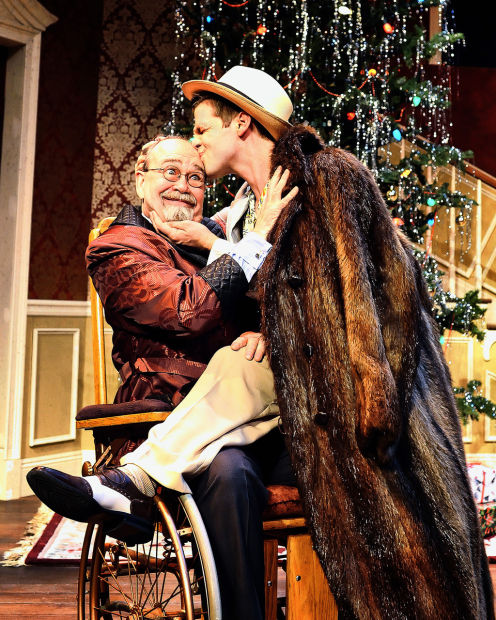 ﻿Sheridan Whiteside (Roberto Guajardo) breaks a hip and adds chaos to his host’s home, like a visit from Banjo (Owen Virgin). 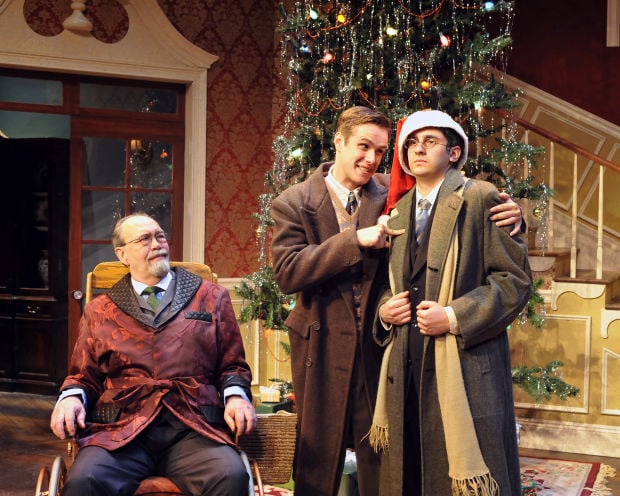 Hank Stratton﻿ has gone from Broadway to the UA.

The actor/director played the romantic lead in the 2000 Broadway revival of the George S. Kaufman and Moss Hart comedy “The Man Who Came to Dinner” — that was the production with Tony-winner Nathan Lane in the lead.﻿

﻿He is directing University of Arizona students in the play, which harks back to 1939, the year the Great Depression ended and a few years before America went to war. Arizona Repertory Theatre opens it in preview on Sunday.﻿

He adds: “It is a treat to bring something I was in on Broadway and to pass down the same legacy. It’s a responsibility to those in the theatre to continue to tell the story and to continue the legacy.”

First staged in ‘39, “The Man Who Came to Dinner” has some over-the-top characters written specifically to poke some good-hearted fun at the big-name personalities who were friends of the playwrights.

“Alexander Woollcott ﻿ was a powerful critic and radio personality, and Kaufman and Hart borrow this great figure for their central character,” says Stratton, explaining on whom the play’s Sheridan Whiteside is based ﻿.﻿

“All of the characters who visit and surround him in the play are based on Woollcott’s actual friendships. Beverly Carlton ﻿ is (playwright) Noël Coward ﻿, Lorraine Sheldon﻿ is (actress) Gertrude Lawrence﻿, and Banjo ﻿is Woollcott’s best friend Harpo Marx,” ﻿says Stratton. “This was the first time a modern comedy had so unapologetically and directly parodied contemporary celebrities — and in its unique way ‘The Man Who Came To Dinner’ is a valentine to those great figures.”

The play’s Whiteside — played by professional actor Roberto Guajardo, the only non-student in the cast — is a famous radio announcer, an almost-as-famous curmudgeon and a solid eccentric. He is in Ohio to give a lecture, reluctantly agrees to dine at the home of the Stanleys, and slips and breaks his hip.

Confined to a wheelchair at the Stanley’s home for several weeks, Whiteside takes over the house, insists the Stanley’s use the back entrance, demands the butler and cook be for his exclusive use, and that the dining room and telephone are strictly off-limits to everyone other than him and his secretary.

Whiteside has companions from across the world, including Hollywood stars, Mahatma Gandhi﻿, and Adm. Richard E. Byrd. Some visit while others just have their names dropped at the home he has taken over as his center of operations.

Naturally, resentments build and drama descends — most of it surrounding the love story of Whiteside’s secretary and a local newspaper man. In the end, humor reigns.

While laughs are the object, there’s something more at work here for the student actors, said Stratton.

“The comedy is a fascinating template for students to investigate. It’s important, relevant, and a better way to make them curious.”

Ashley Reid is a University of Arizona journalism student apprenticing at the Star.

What: The Man Who Came to Dinner

Who: The Arizona Repertory Theatre

Diavolo brings his mix of ballet, modern dance and skateboarding to Centennial

Diavolo Dance Theater members will appear to defy the laws of physics in pieces such “Trajectoire” on Saturday at Centennial Hall.

﻿Sheridan Whiteside (Roberto Guajardo) breaks a hip and adds chaos to his host’s home, like a visit from Banjo (Owen Virgin).