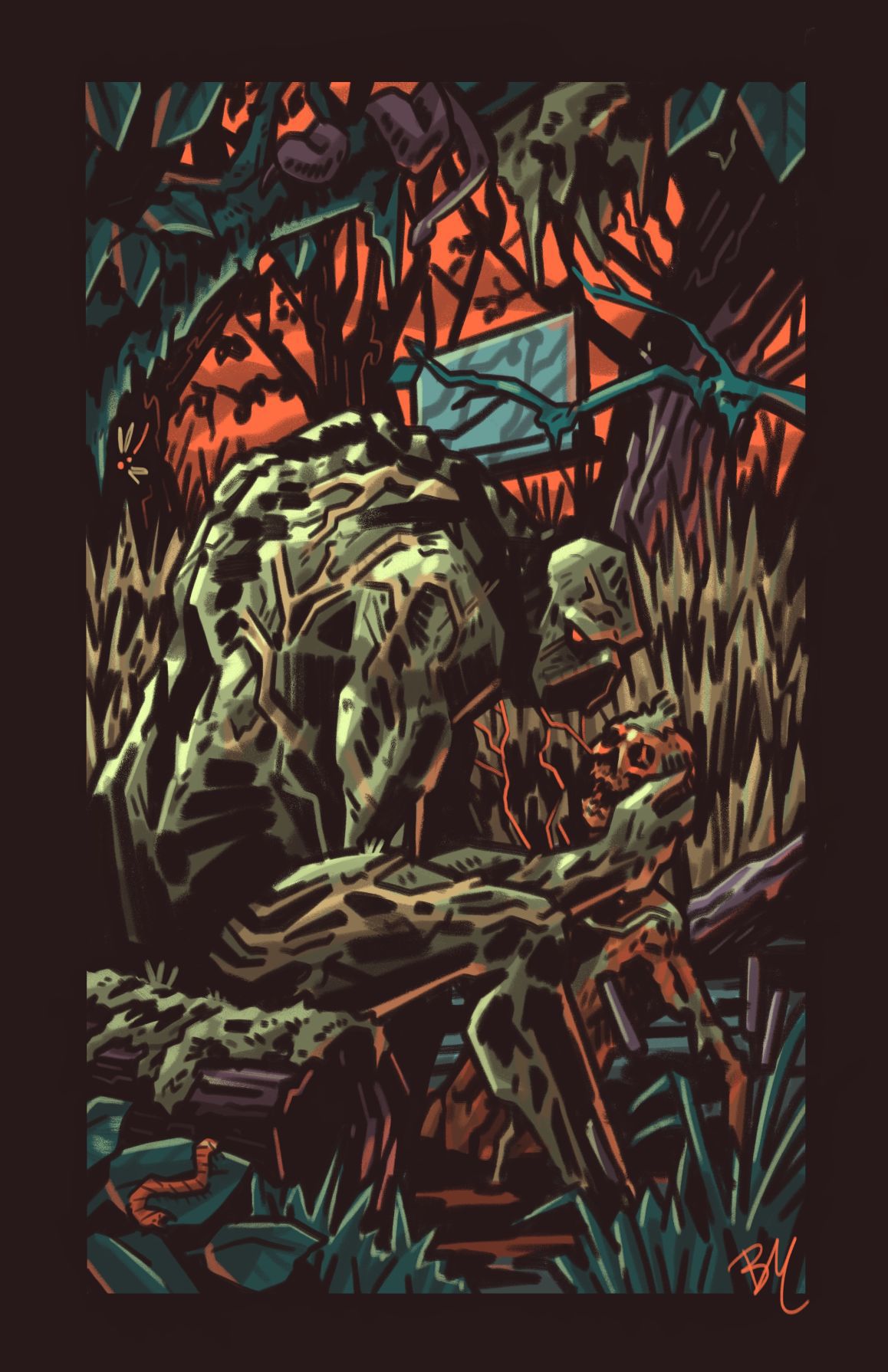 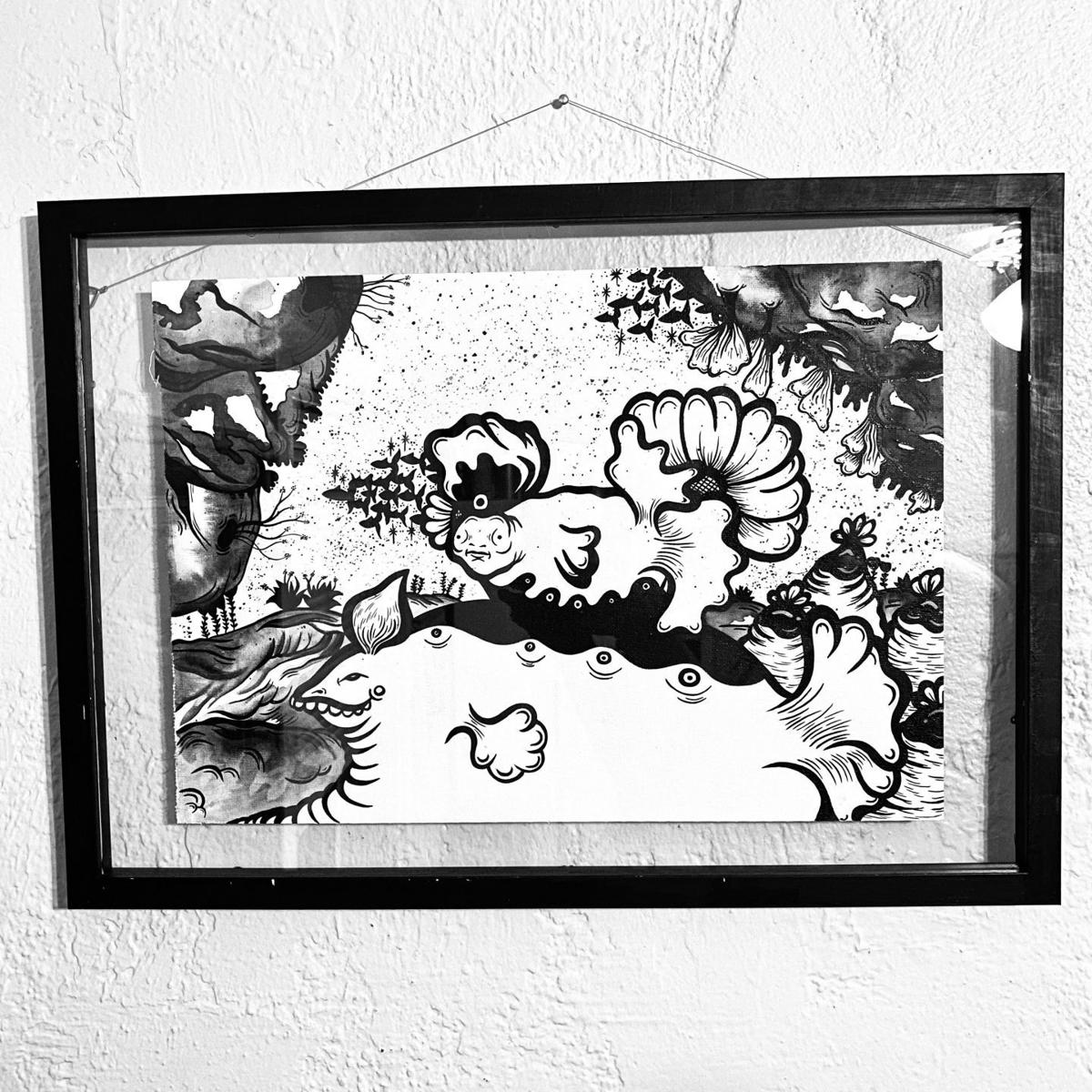 A piece by artist Grace Marilao.

A local gallery with an eye for eclectic and unusual works hopes its new location on North Fourth Avenue will serve as a launching pad for up-and-coming Tucson artists.

& Gallery recently relocated from its spot off of West Grant Road near North Stone Avenue to the old Mabel’s kitchen supply store at 419 N. Fourth Ave., across from Pop Cycle.

Its first show at the new location, dubbed Monsters & Misfits 2, which will feature pieces by the likes of Rudy Flores, Gabby Vee, Grace Marilao and others, opens Saturday, Nov. 16.

Owner and co-curator Jonathan Wang, who runs a satellite office for a graphic design agency he helped get started in Los Angeles called Eat Sleep Work, said the gallery is a complete passion project.

The space will be funded primarily by the profits made by Eat Sleep Work, which operates out of the back of the building.

“Without the agency, there would be no gallery,” he said.

But Wang, who moved to Tucson three years ago for family reasons, felt a gallery like this, which emphasizes weird, lowbrow and comic book art, was needed in town.

“There are a lot of really good amateur artists trying to get their work out into the world,” Wang said. “If it so happens that we can get this gallery off the ground and it becomes a reputable location for Tucson, it would take some of these artists to a more professional level.”

The gallery has already developed a loyal following since opening nearly a year ago on North Castro Avenue.

Wang and his team originally started holding gallery shows in their old agency location as a way to fill space.

“We had these white walls,” Wang said. “I thought, ‘There is a lot of white space here. We should put a gallery together.’ ”

Their first show, the original Monsters and Misfits exhibition, featured “eerie, weird and magnificent art pieces from local Tucson artists,” according to its Facebook event page.

The theme, like the theme of Monsters and Misfits 2, was horror and mischief in all forms.

“There are a lot of great galleries in Tucson that do a lot of fine art, beautiful stuff,” co-curator Cynthia Naugle said. “But there really isn’t anything for the kind of stuff we do.”

The show will fill the gallery area, which is three times the size of its previous location.

It will feature seven local artists, several already with a foothold outside of Tucson.

Benjamin Mackey, for example, who will have a Swamp Thing-style piece dubbed “The Apotheosis of Alec Holland” at the show, is the co-creator and illustrator for the Image Comics series “SAINTS.”

Monsters and Misfits 2 is the first of many shows at & Gallery’s new location.

Naugle said the plan is to have something going on at least once a month, including a “meme-themed” pop art show sometime in the first half of 2020.

The gallery will also have a retail area, which will offer stickers, shirts, prints and other items showcasing the work of local artists.

& Gallery will be open during the week. Part of the reason for moving to North Fourth was the foot traffic.

“We had 10 people walk in during our building inspection just to see what we were up to,” Wang said.

Wang said he doesn’t expect to get rich running a gallery, but he hopes he can help generate exposure for Tucson talent.

“As long as we keep our mission focused, it doesn’t matter how much money comes in,” Wang said. “If we can help launch 10 careers in the next 10 years, the whole thing is worth it.”

What: Monsters and Misfits 2 art show and & Gallery grand opening

British comedian Maddix set to perform the O on Friday

The inaugural bazaar of the bizarre is an homage to homespun and vintage curiosities.

Katherine Paul, known on stage as Black Belt Eagle Scout, has been exposed to music for as long as she can remember.

Humorist David Sedaris returns to Tucson with a series of new, biographical stories.

Opera, symphony and a monumental choral work dominate classical music stages over the next week.

Arizona Opera gets in on ground floor of 'Fellow Travelers'

Opera follows the story of forbidden love in the age of McCarthy's Lavender Scare.

High school musicians get a chance to dive into a work they would never be able to do on their own.

Sharon Isbin, in her first TSO show in nearly 20 years, is performing the work composed for her by Pultizer Prize-winner John  Corigliano.

Review: UA’s ’The Last Night of Ballyhoo’ is a mixed bag

The Freitag household has a Christmas tree, but a star on top is a no-no.

A piece by artist Grace Marilao.