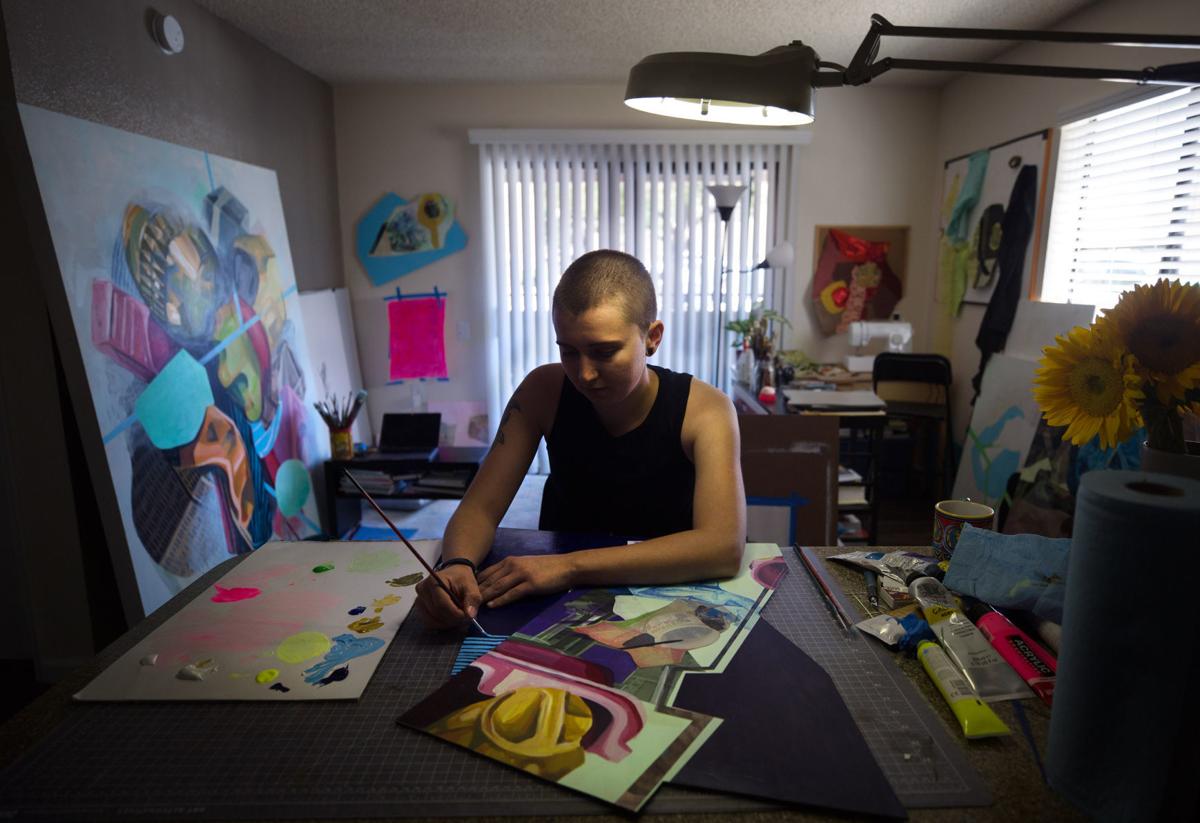 Ashley Dahlke’s apartment in Tucson also serves as her studio space. Dahlke graduated from the University of Arizona in May with a Master of Fine Arts degree. 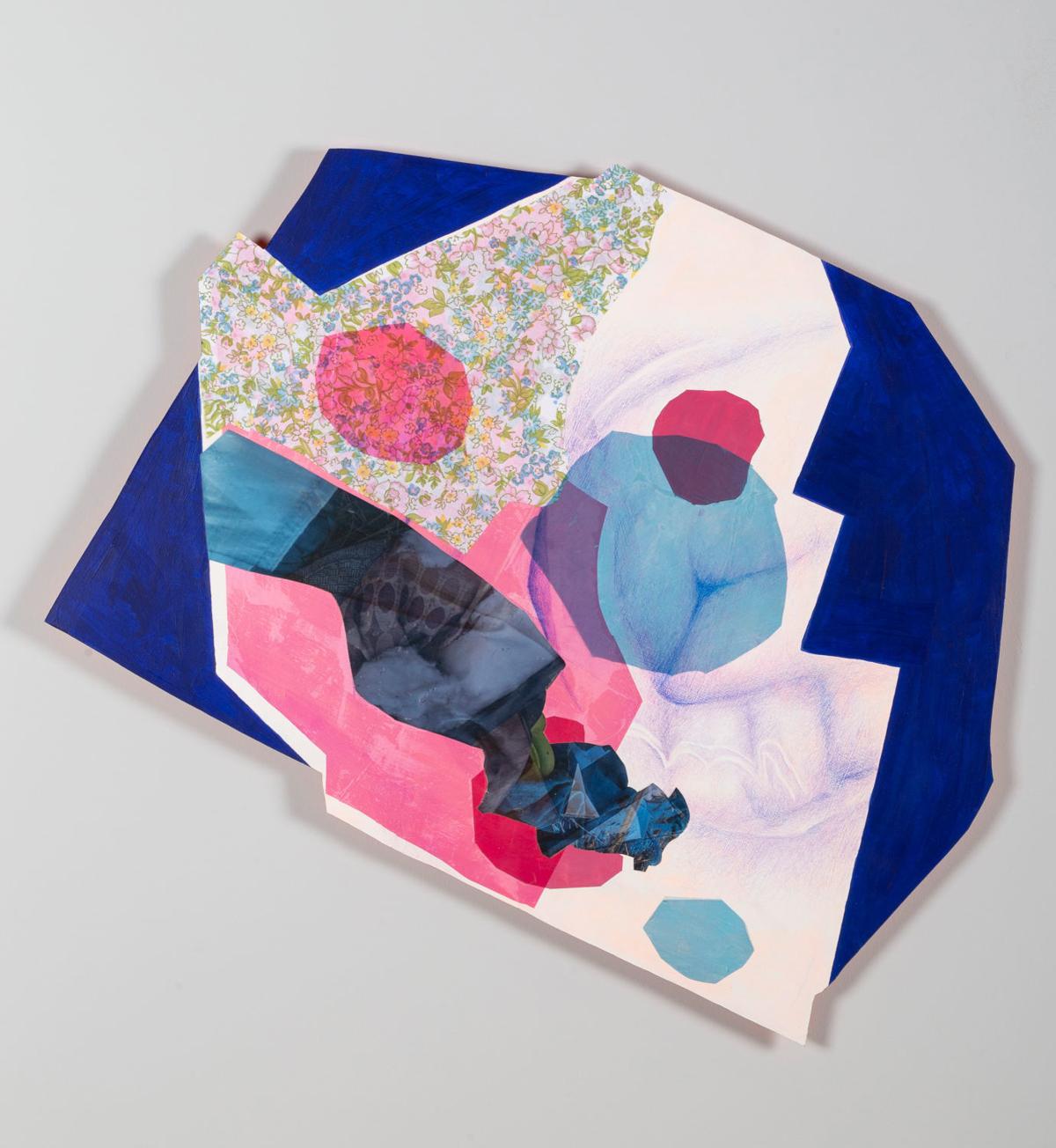 “Dull Echos. Trotting.” is a piece by Ashley Dahlke that includes Prismacolor pencils, inkjet print, cellophane and found fabric. Dahlke has had pieces on exhibit in Tucson, Texas, Indiana, Colorado and Virginia.

Under a cool white bulb in her small studio apartment, Ashley Dahlke sits at an island in her kitchen, working on a painting.

To help keep herself motivated, Dahlke sets a timer on her cell phone to 45 minutes. She got the idea from a podcast she heard a couple of years ago.

“Because I like to work in different mediums, it’s so easy to work on something for 10 minutes and jump around,” she said. The timer gives her structure.

According to Dahlke’s artist statement, her “work looks at the relationships we have with the objects we surround ourselves with. Specifically, how the things we accumulate become portals that connect us to people and places.” She relates this thinking to her grandmother, who was a hoarder. Dahlke remembers seeing stacks of objects in her grandmother’s home and sometimes her artwork resembles the accumulation of objects from different view points.

Dahlke is 26 years old and already has a long list of solo, duo and group exhibitions on her résumé. Most of the shows have taken place in Tucson, but she’s also shown her work in Texas, Indiana, Colorado and Virginia. Dahlke received her bachelor of fine arts degree from the University of Wisconsin-Whitewater, and graduated from the University of Arizona in May with a master’s of fine arts degree.

One of her goals is to teach art at the university level. In the fall, she will teach drawing classes at Pima Community College and at The Drawing Studio.

To see more of her work go to ashleydahlke.com.

The family heritage in Mouth of the South’s fresh salsas shows up all over the company. Tony and Andrea McGowan both have Southern roots, and …

Ashley Dahlke’s apartment in Tucson also serves as her studio space. Dahlke graduated from the University of Arizona in May with a Master of Fine Arts degree.

Ashley Dahlke works in many different mediums and has several projects going on at once. She says she’ll set a timer for 45 minutes and work on a painting or drawing or sewing project for that time and then move onto the next piece to help keep her motivated. July 10, 2019. 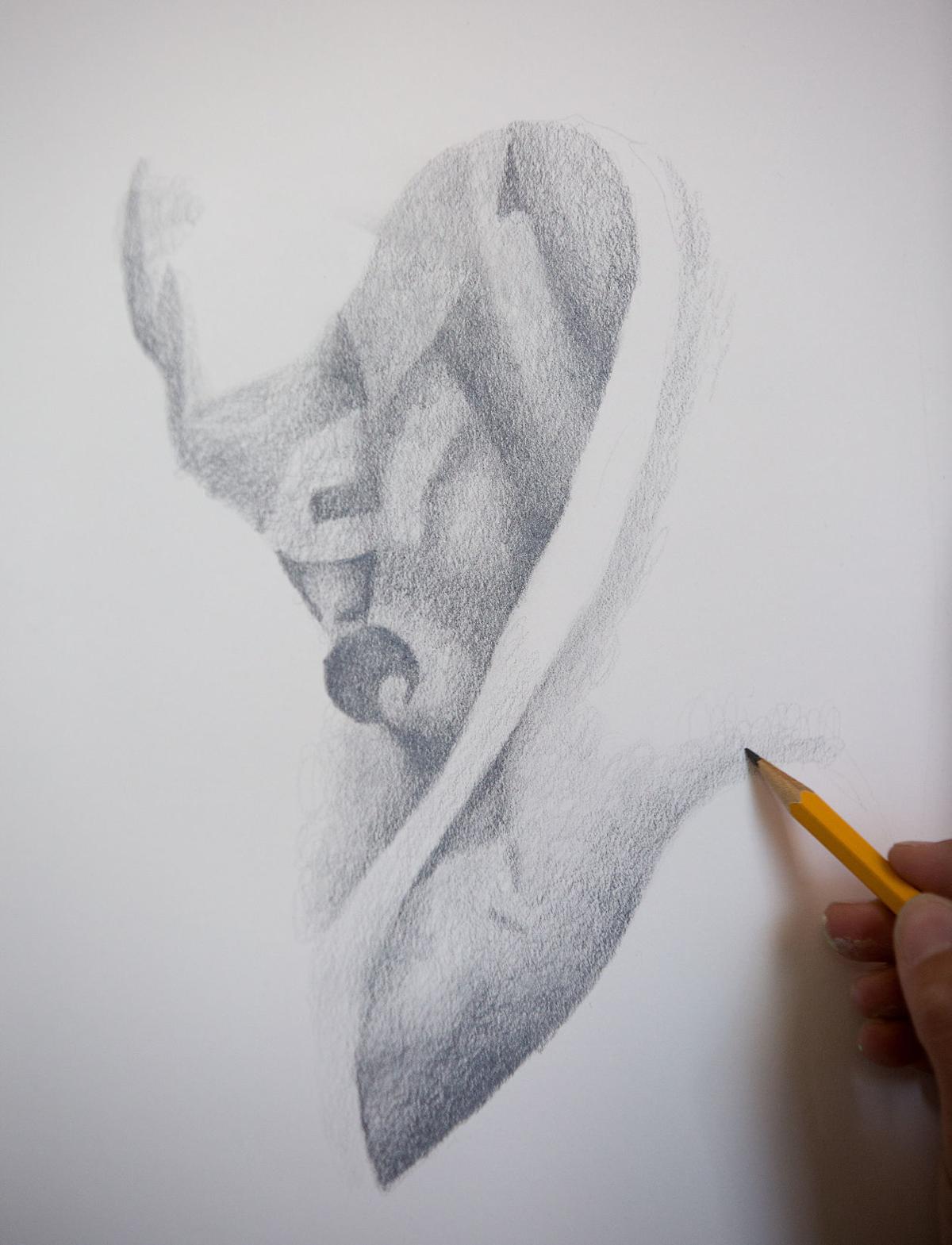 Ashley Dahlke works on a pencil drawing in her apartment. Dahlke will often take photos of objects in thrift stores and use them in her artwork. This drawing is a closeup of glassware she found. 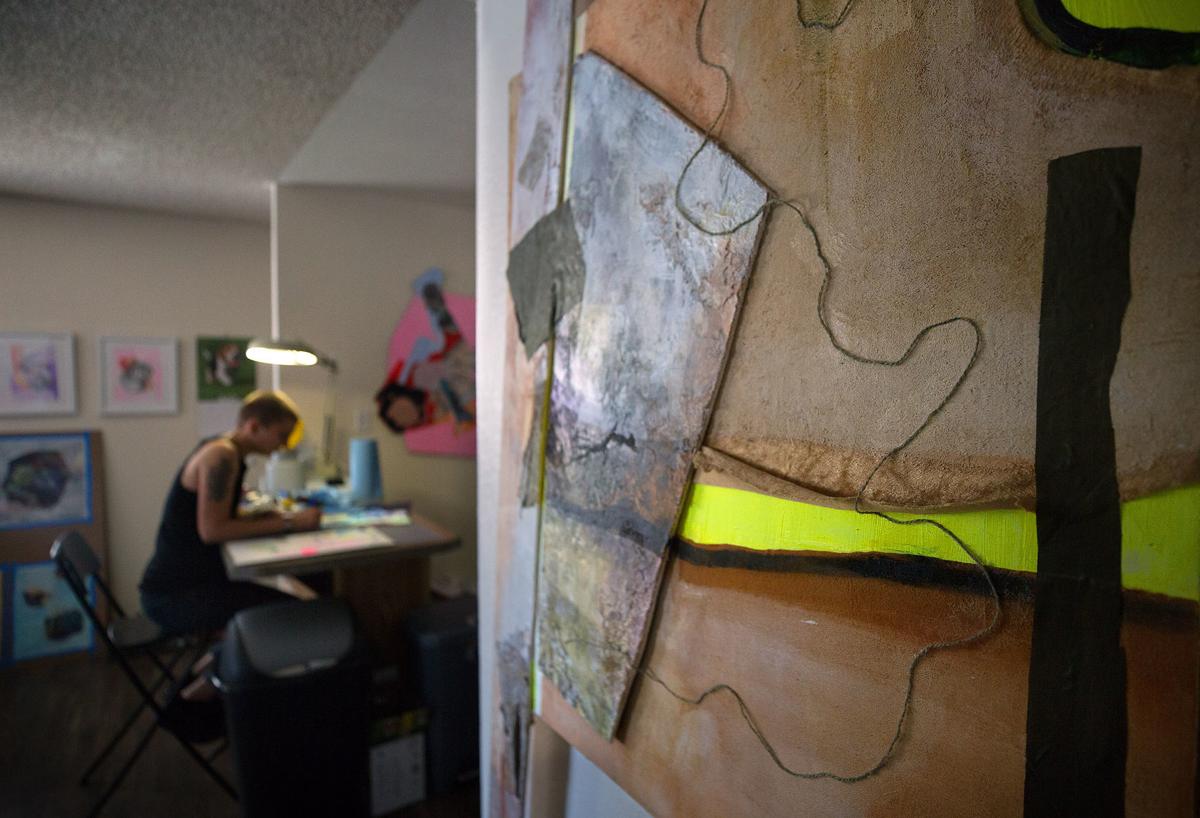 Dahlke’s artwork hangs on the walls of her apartment. Dahlke will teach drawing classes this fall at Pima Community College and The Drawing Studio on North Tucson Boulevard.

“Dull Echos. Trotting.” is a piece by Ashley Dahlke that includes Prismacolor pencils, inkjet print, cellophane and found fabric. Dahlke has had pieces on exhibit in Tucson, Texas, Indiana, Colorado and Virginia.