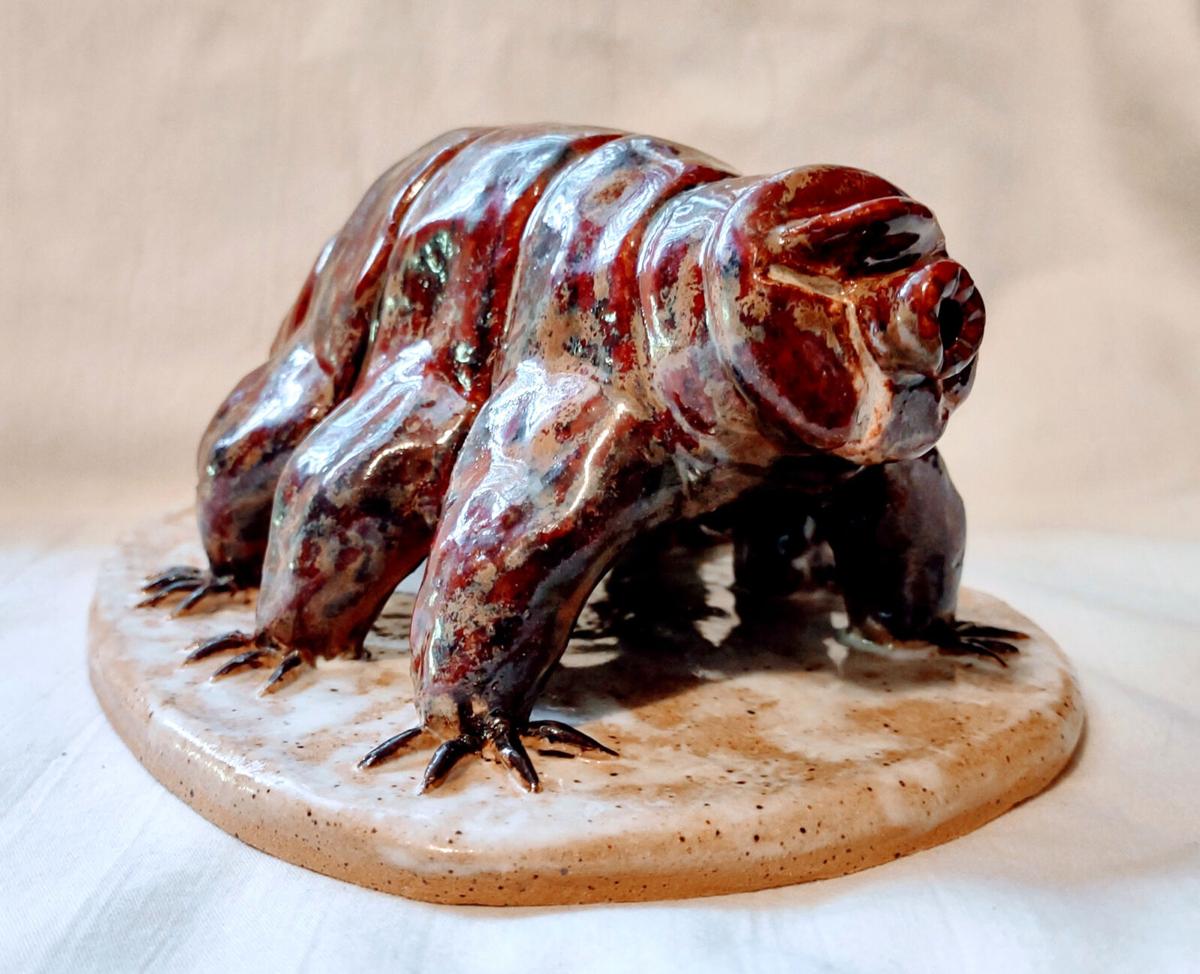 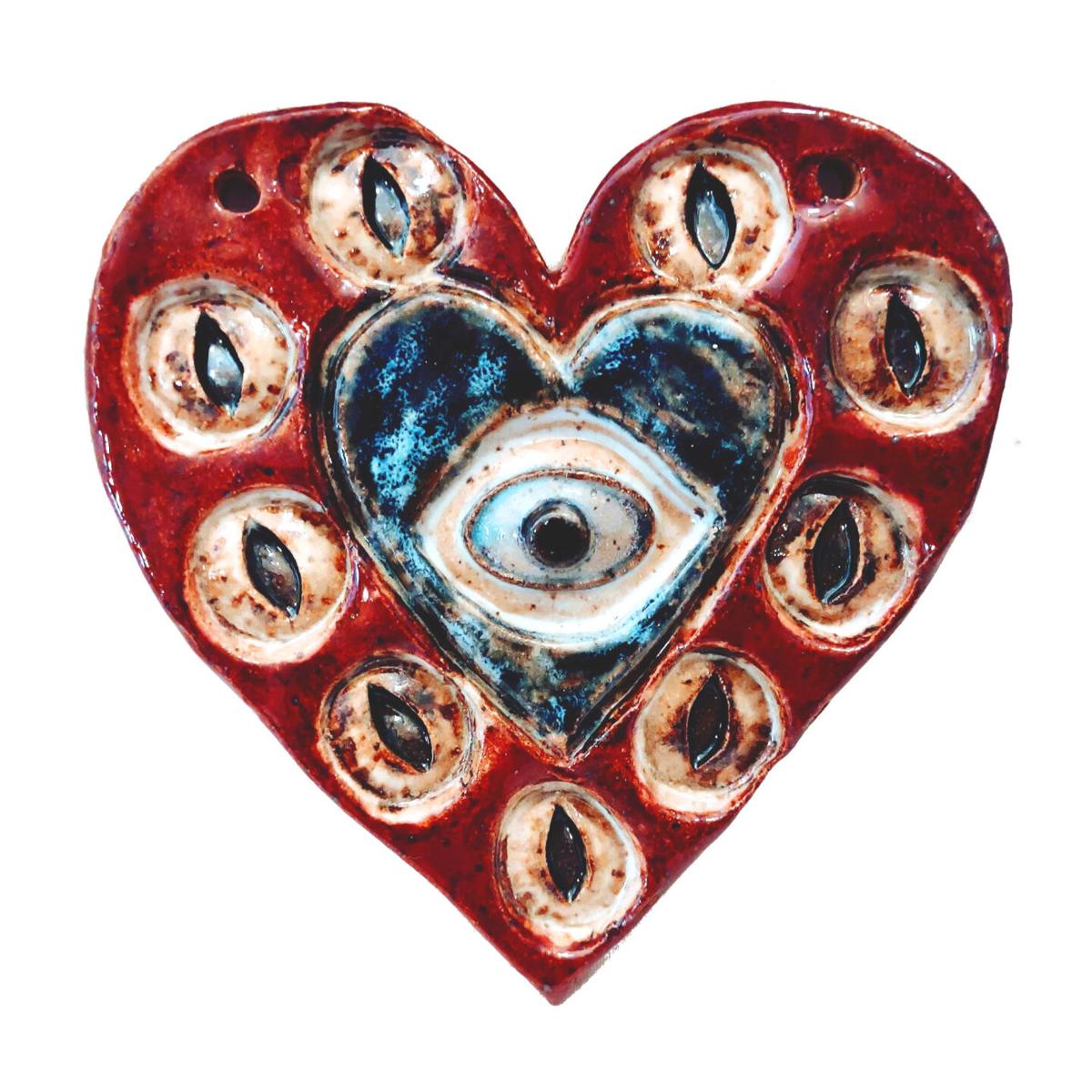 Eyes, like the eyes seen in this heart wall hanger, are a common theme in Nosheny's work.

If you have a ceramic sculpture of a tardigrade in your home, those roly-poly, very real micro-creatures that go by the nickname “water bears,” the odds are high that you purchased it from Tucson artist Aaron Nosheny.

Tardigrades are his favorites.

“The shape is relatively simple and they are interesting creatures,” Nosheny said. “I learned about them about 10 years ago. I think the image was being passed around the internet.”

Nosheny hasn’t reached worldwide acclaim for his work. but he has carved out his own customer base on the internet. His Etsy shop (etsy.com/shop/aberrantceramics) has just over 500 sales, with prices per piece ranging from $15 to $60.

Nosheny grew up in the Philadelphia area. He didn’t realize his love of creating until he moved to Tucson 21 years ago.

He took his first pottery class at the MUSE community arts center in 2004.

“The class was a very basic introduction,” Nosheny said. “I intended for it to be a social outlet.”

Nosheny did not find the social interaction he was looking for in class, but he did discover a passion for making unusual art.

While his classmates were working on pots and coffee cups, he was creating fossil replicas.

His repertoire has expanded over the years.

Locally, Nosheny sells at some of the speciality markets, including most recently at the Coven Night Market, which was held at the Woolly Fern curiosities shop in June. He’ll return to that market on July 17.

“I like the specialty markets better,” he said. “If I sell at a general farmers market, I don’t get much attention or parents bring their kids and take a wide circle to get around my table.”

Nosheny, whose day job is as an IT specialist at an elementary school, said he has been extra busy creating since summer started. Online orders shot up during the pandemic.

You can look at Aaron Nosheny's work at etsy.com/shop/aberrantceramics or follow Abberant Ceramics at facebook.com/aberrantceramics. Nosheny will also be selling at the next Coven Night Market, 4401 E. Speedway, July 17 from 5 to 8 p.m.

Creators of HBO's 'Curb' say COVID was no joke during production

Stratford Art Works, Inc., is looking for people who have shared in the building's 106-year-old history.

When completed, the venue will have a 300-seat capacity and an adjoining bar and restaurant.

The new location is around the corner from The Coronet, Teatro Carmen and the Tucson Convention Center.

Eyes, like the eyes seen in this heart wall hanger, are a common theme in Nosheny's work. 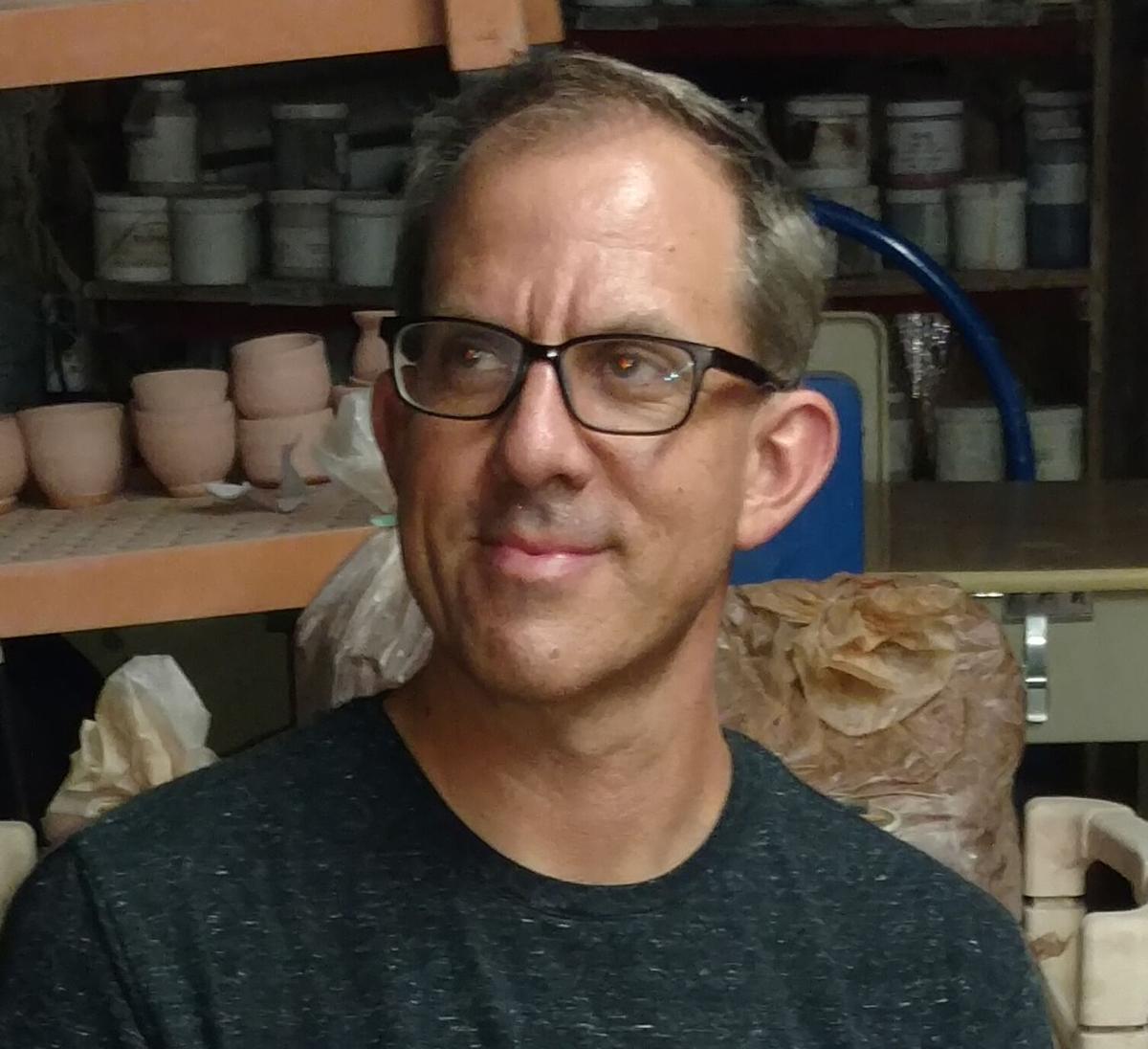