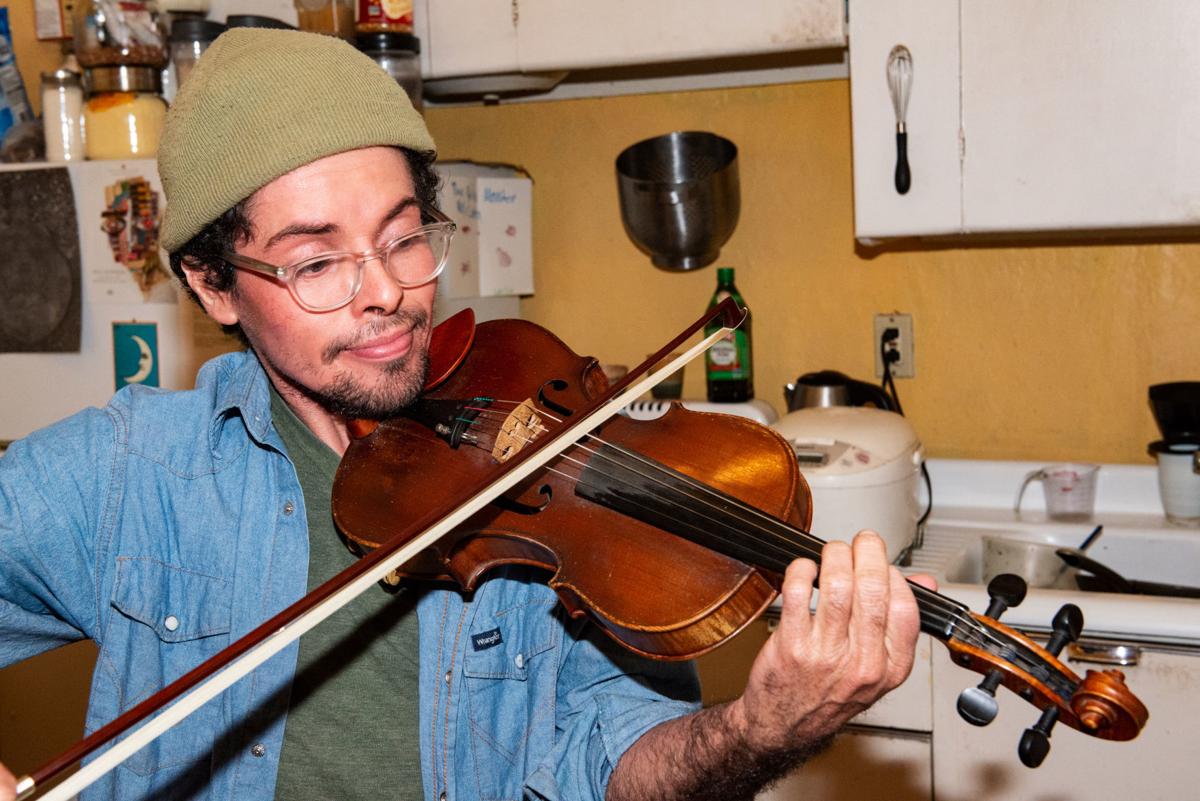 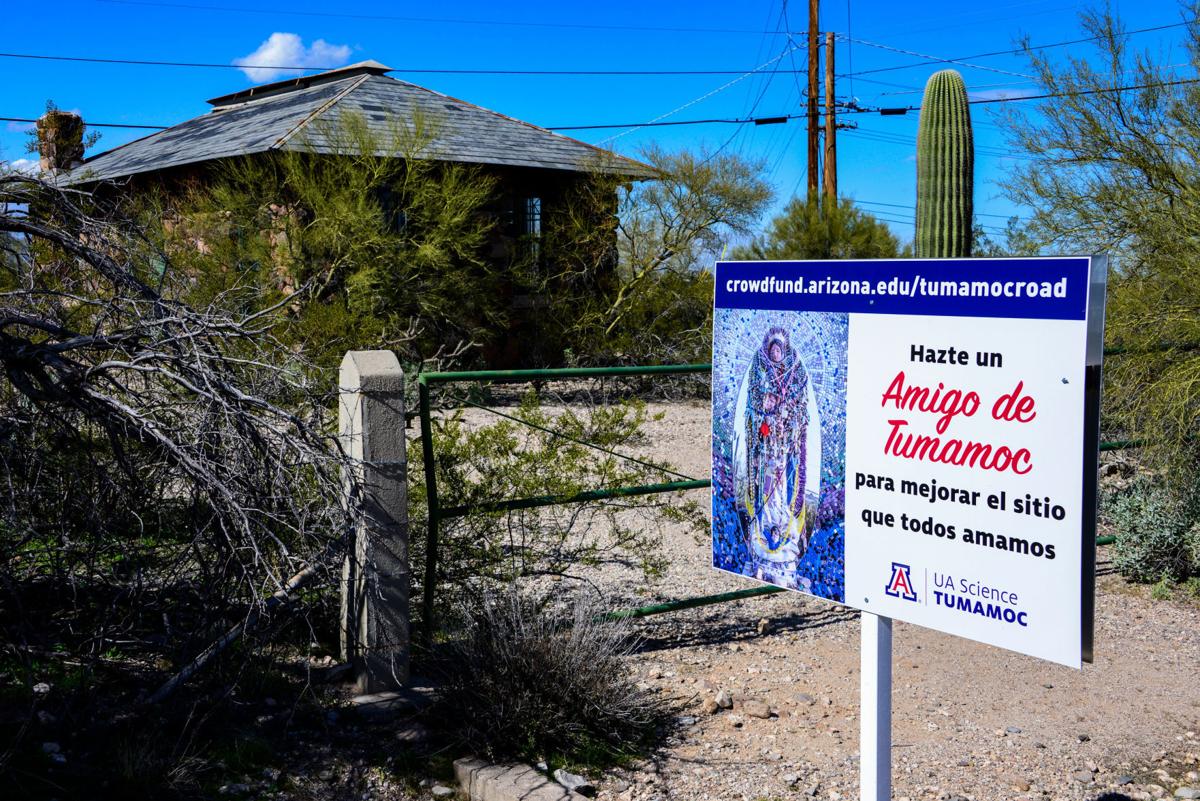 As a young boy, Robert Villa and his grandmother would walk from her Menlo Park home past Tumamoc Hill and wonder what they did in those stone buildings up there.

Today he runs the lab’s greenhouse on Tumamoc Hill – perhaps the oldest in the state – and had the joyful occasion of taking his grandmother there and showing her first-hand what goes on at the research facility that so many pass by as they walk the hill to get physically fit.

Villa is an honest-to-God renaissance man with a global vision of Tucson and the Sonoran Desert. A largely self-taught and well-mentored expert in all of the desert’s, plants, lizards, snakes, animals and geologic terrain, the 34-year-old Tucson native has become an invaluable research assistant to the University of Arizona’s ecological team on Tumamoc, as well as the archaeologists who work there. Villa had just returned from assisting the team at “a very exciting archaeological find” somewhere in Mexico (a secret for now) which he had co-discovered. There he documented the location of artifacts though photography and GPS location gear, made notes of the local vegetation and wildlife and generally “set the scene” for the archaeologists to interpret the times when these artifacts were created and how they ended up where they are today. It is painstaking work, and he loves it.

The university’s 880-acre desert facility on Tumamoc Hill is the oldest ecological site on the planet, and the longest continuously studied. The observatory at the top is where University of Arizona Lunar and Planetary Laboratory researchers Gerard Kuiper and Ewen Whitaker made the first detailed maps of the moon in the late-1950s, setting the stage for the Apollo moon landings.

At the Tumamoc greenhouse where he is curator, Villa grows various plants indigenous to the hill and is preparing the facility for its upcoming educational role. Built over a century ago and refurbished over the past few years, the graceful glass and steel structure has some built in challenges dealing with the summer heat, which they hope to address in the coming months.

His passion for the desert is boundless, and has been so since childhood. As a boy he had a legally-obtained Gila monster, a rattle snake and other desert creatures. He bred rats to feed them. He wandered the desert, learning all he could about every desert plant and creature, never tiring of the diversity of form and color of his desert home.

A year or so ago I found myself on a desert trek with Villa and Tucson author Greg McNamee, looking at crested saguaros near Sells when he pointed out a squiggle in the sand of a wash and cautioned me to stay where I was. Sure enough, a rattler was dug in there. Sharing his knowledge with friends and visitors is something he loves as much as his own solo desert experiences.

“I do my best to appreciate every sunset and every sunrise and that's why I love showing people around because their excitement keeps my flame burning,” he says. “And the more the more you teach or show, the more you learn.”

But the natural history world is only side of Villa’s dual nature. When he’s not in the greenhouse or on site somewhere he’s likely in front of a music stand playing classical music.

Like many Tucson Mexican Americans he grew up on norteño, Tex-Mex and the music on Spanish language radio. His dad loved rock, from Aerosmith to The Cure so there was plenty to listen to at the Villa home. His first two concerts – both at El Casino Ballroom – were Queen Ida’s zydeco band and Flaco Jimenez, Doug Sahm and Freddy Fender in the Texas Tornados. But it was the magical classical music that came from his grandmother’s big Zenith record player, and the KUAT classical broadcasts that were the soundtrack to her home, that got stuck in his ear.

He and his grandmother would go to the Saint Mary's Auxiliary thrift store on Silverbell and St. Mary’s where he’d rifle through the LPs in search of delights for the ear. The famous Jascha Heifetz recording of the Tchaikovsky Violin Concerto with the Chicago Symphony Orchestra jump-started his more serious classical listening, as did a Joshua Bell recording of bravura arrangements by Fritz Kreisler. He fell in love with the virtuosic pyrotechnics of Paganini and Bruch, and an unquenchable quest for violin music began.

Villa started violin lessons in fourth grade but became more seriously engaged while attending Roskruge Middle School. There orchestra teacher Lee Oler saw something special in him and took him under her wing. She arranged for private tutoring with members of the Tucson Symphony Orchestra to feed his growing musical talent. And recognizing another passion, Oler ushered him into the Tucson Herpetological Society – the organization dedicated to conservation, research and education on amphibians and reptiles in Arizona and Mexico. A member since middle school, Villa is president of the group today.

Public performances by Villa are rare. He has collaborated with a number of performance artists and local musicians in small settings here and there, but nothing on a regular basis. But if you stumble across him somewhere, you are in for a treat. Villa’s tone and phrasing are spectacular, and his thirst for knowledge about interpreting the music is as boundless as the desert itself. He plays with feeling and purpose.

“I count my lucky stars because (playing) makes life more meaningful and expressive,” he says. “It helps me get through hard times. It makes me realize that I'm not the only human being to feel these things. It that gives me hope and reason to get out and be in the world. It makes joyous events more joyful. It enhances all your feelings.”

Neto's Tucson: The Mariachi Miracle of our town 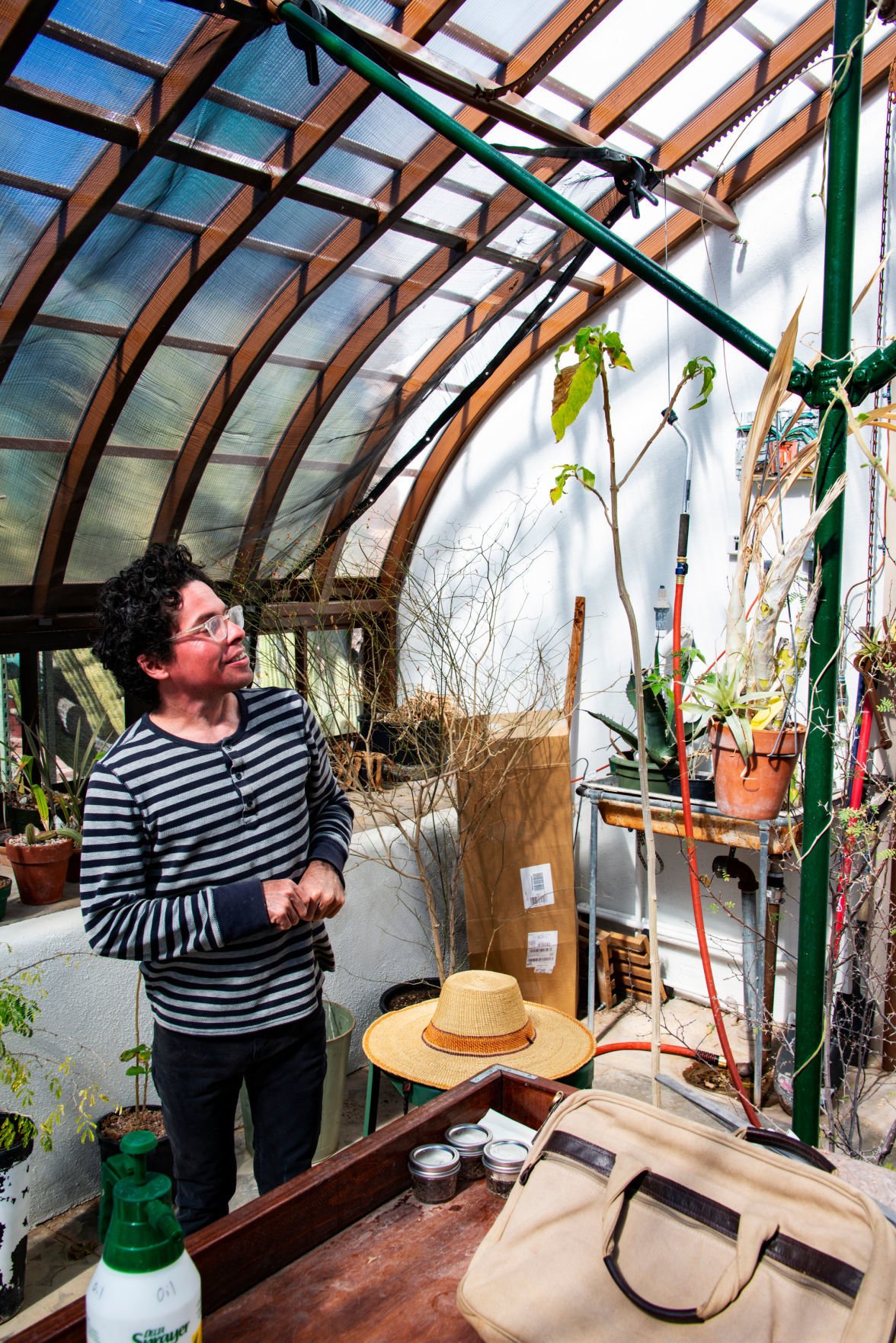 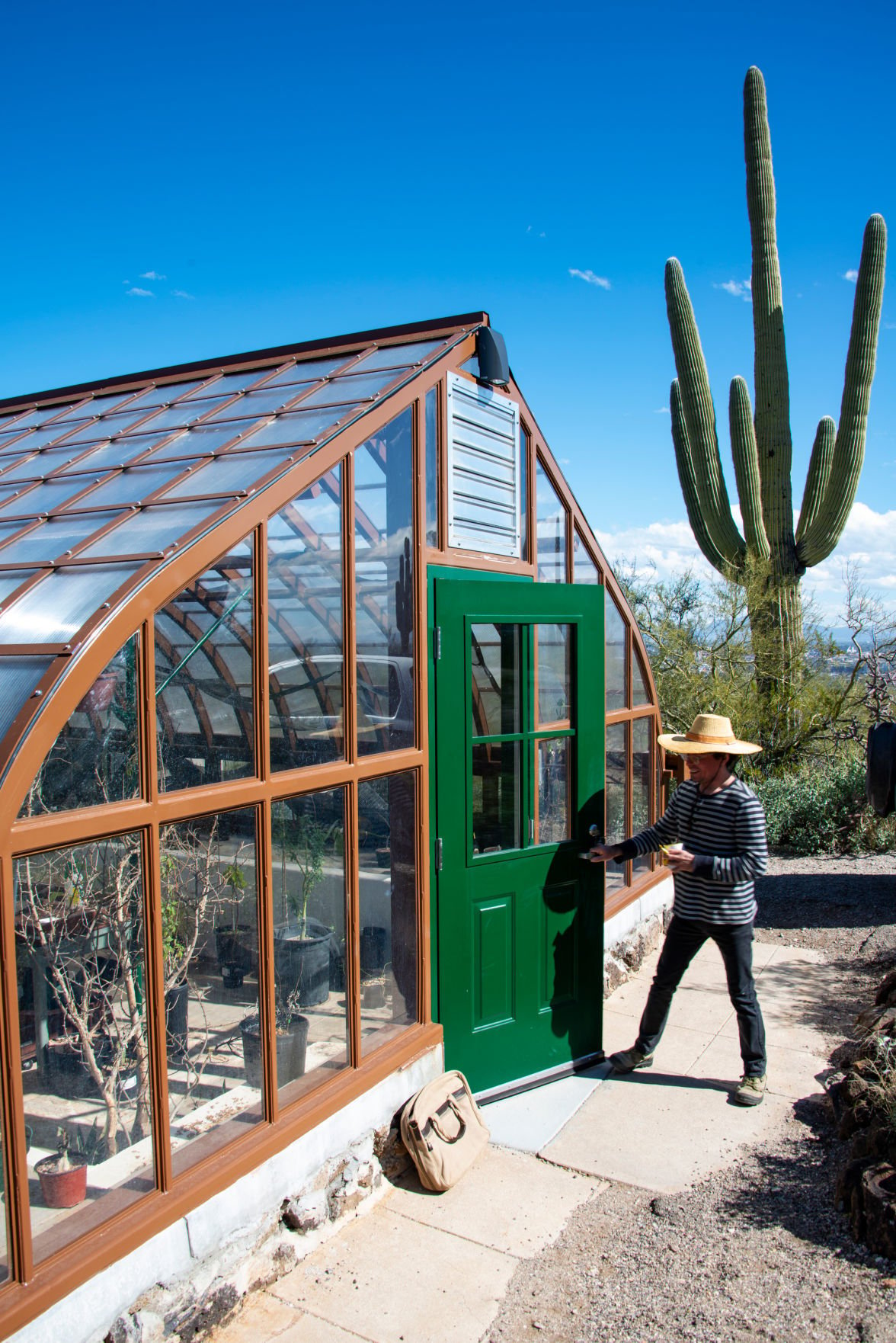 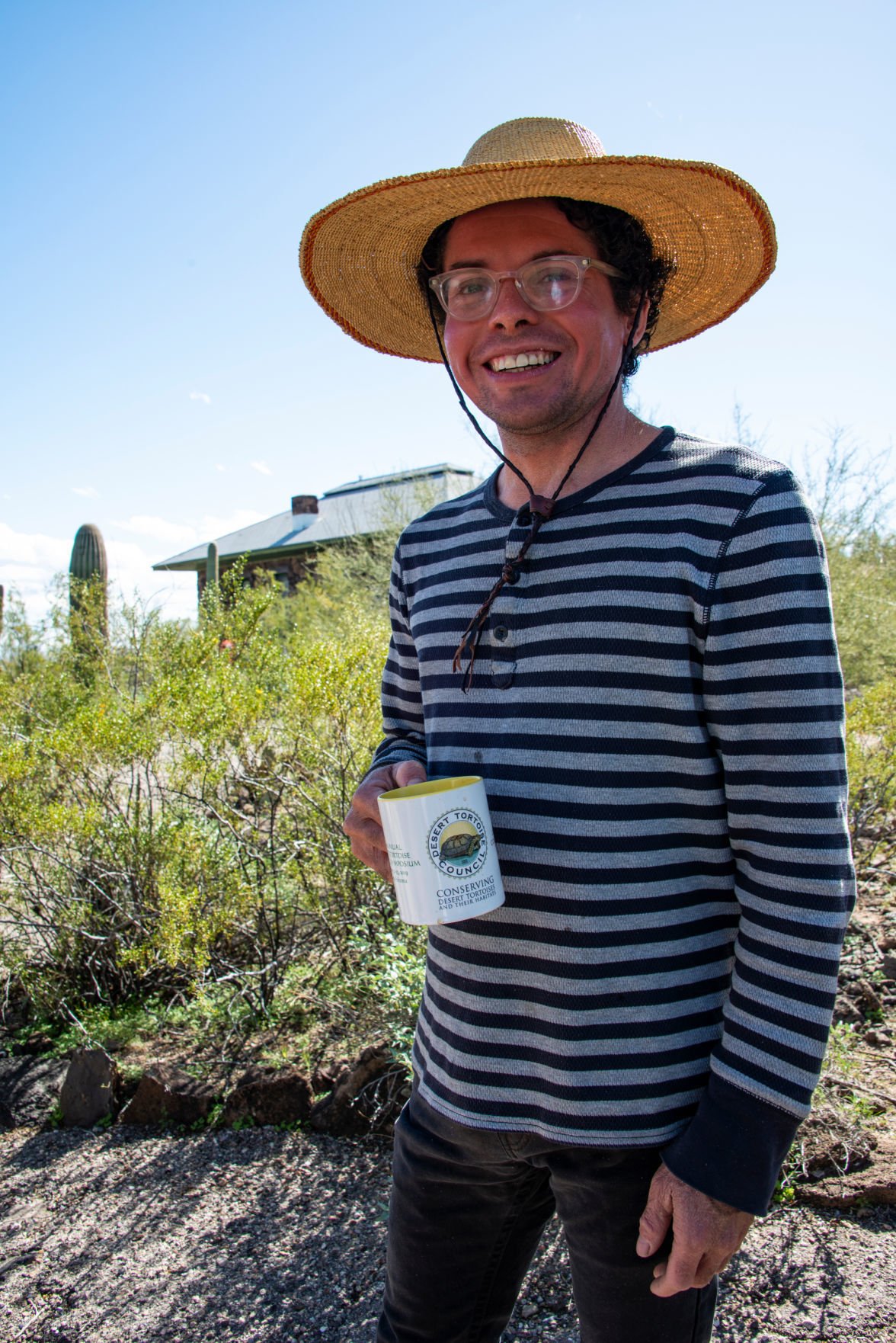