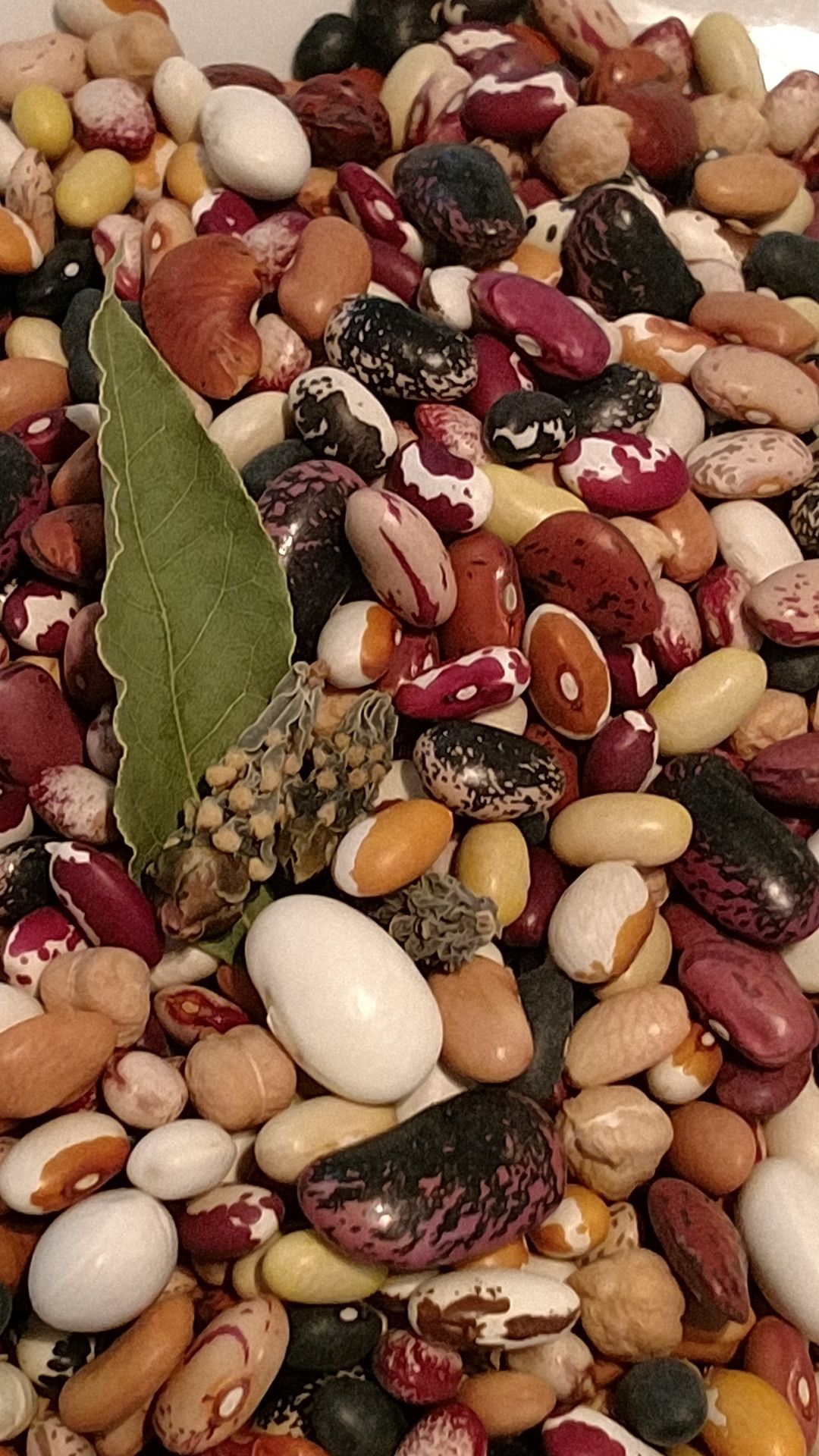 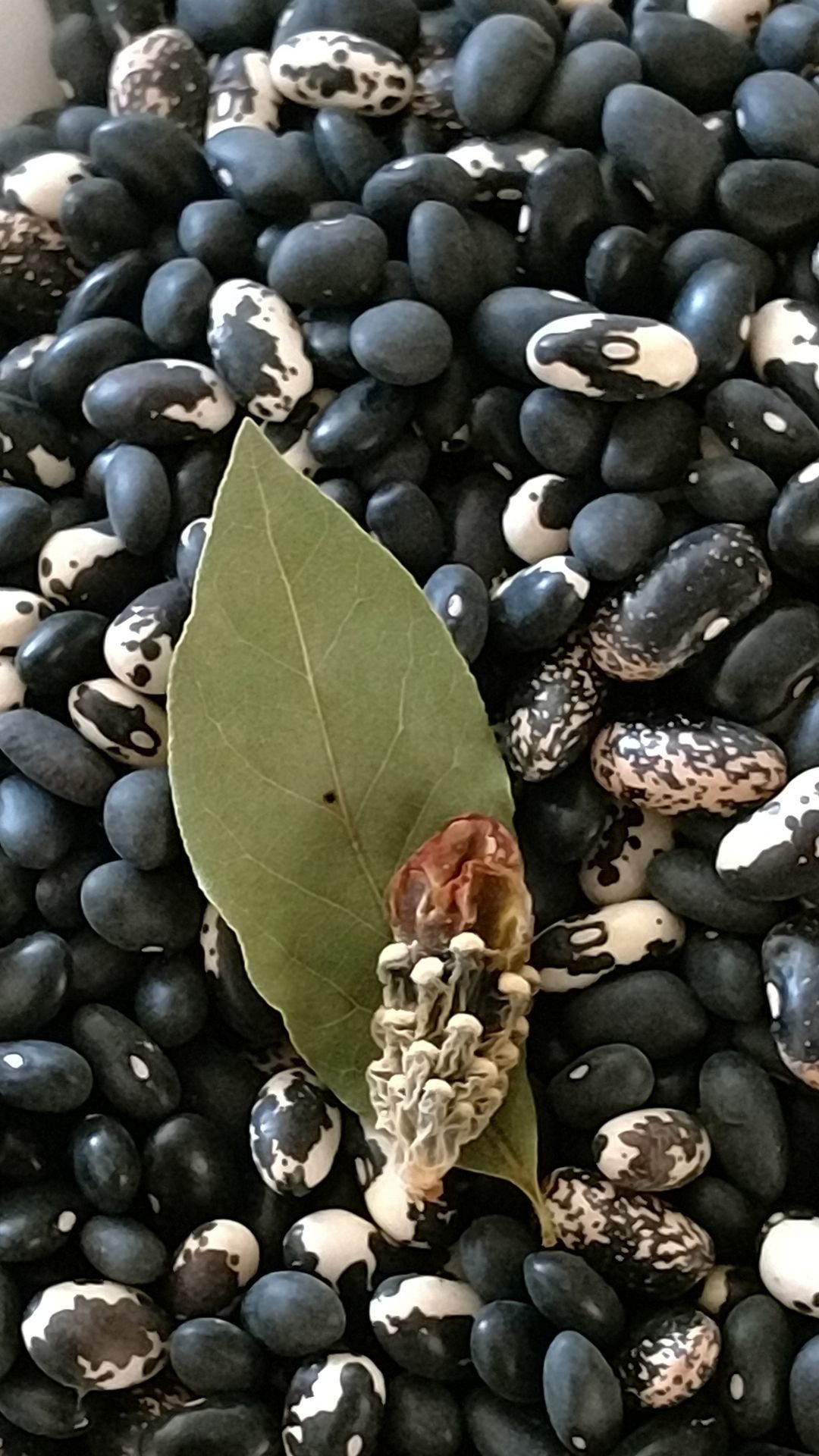 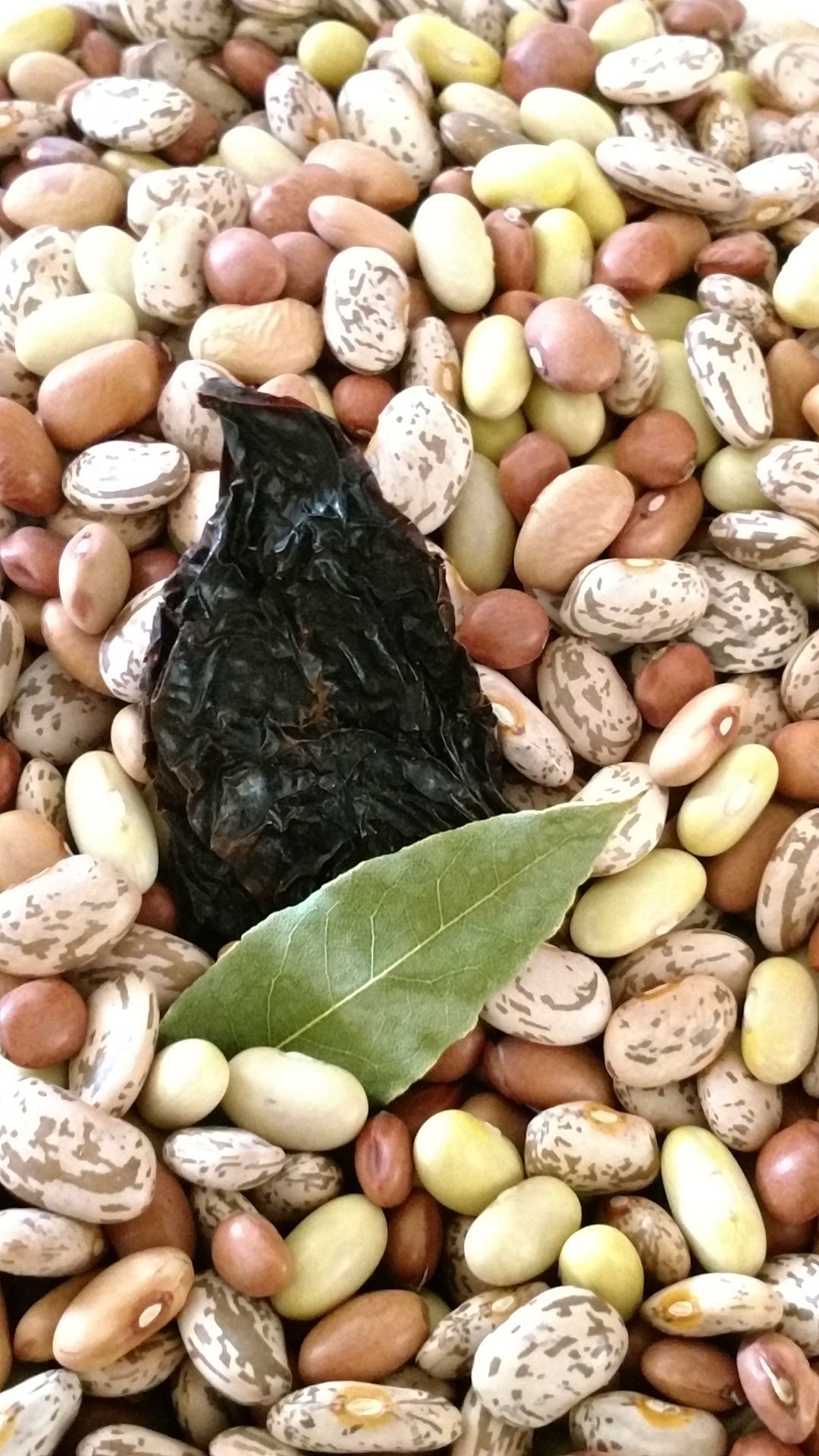 If you have ever wondered what Arizonans of a thousand years ago ate — and what it tasted like — pick up a bag of Zuni Gold beans from Cindy Burson’s Country Harvest Pantry.

“The Zuni Gold bean, which some people call the Four Corners bean, is thousands of years old,” she says. “It’s a soft, sweet bean with a kind of nutty flavor. It’s a pretty bean and will retain its mottled markings after cooking.”

Another ancient bean, she says, is the Anasazi, which needs no soaking, cooks quickly and is easy to digest. “You can do anything with it that you’d do with a pinto,” she says.

These ancient beans are two of the 30 to 40 varieties of heritage and heirloom dried beans that Burson usually offers at the Rillito Park Farmers Market (Sundays from 8 a.m. to noon through September, 9 a.m. to 1 p.m. October-March).

Another old bean, variously called Mortgage Lifter or Bordal, also comes from the Four Corners area, she says. All three are dry-farmed, which means they’re grown without irrigation. “The growers had a short crop this year,” Burson says.

About a third of the bean varieties that Burson offers are grown in Arizona, she says, with the rest coming from growers and sources “further west.” Whenever she can, she likes to work directly with growers. As a lifelong farmer who was born on an organic farm in Ohio, and who built a farm in Texas with her late husband, Ed, Burson understands growers’ issues. She says she pays them premium prices as a show of support.

All her beans are unfumigated, which means they haven’t been exposed to pesticides after harvest. For that reason, she says, for longer storage, it’s best to freeze the beans to kill any potential critters.

Burson’s beans are $7 for a one-pound bag, or three for $20. She offers a weekly special on “the bean of the week,” selling a one-pound bag for $5. She sells some beans in two-pound bags, and also offers a variety of soup mixes for $10 a bag. Every bag includes a bay leaf — “because you should always cook beans with a bay leaf,” Burson says. The soup mixes also include dried cholla buds, another indigenous Southwest food, harvested here in Tucson.

Some customers prefer to order in larger quantities, she says, so if you’d like more than a pound at a time, let her know.

Most people would recognize the pinto beans, black beans, lima beans and maybe even the three colors of tepary beans — brown, black and white — that Burson offers.

But Turkey Craw? Said to have been found in a wild turkey’s craw after a Virginia farmer shot it, Burson says its broth is wonderful, and the cooked-and-cooled beans are good as a garnish on salads or as a salad by themselves.

Snowcap is another unusual bean, which Burson says has the consistency of mashed potatoes when cooked. She says she likes to spread roasted poblanos with mashed Snowcap beans, add a good measure of any good melting cheese and top with another poblano before heating in a skillet until the cheese melts. “It’s a chile relleno quesadilla,” she says, laughing. “They’re good cold, too. I just cut them into strips.”

Thanks to Cindy Burson, you can put a different variety of dried bean on the table almost every week. I used Zuni Gold, which I had never tasted before, in this bean salad.

Any bean that keeps its shape in cooking will work well here try Mortgage Lifter, Anasazi or Colorado River. Once it’s prepared, this salad will keep for several days in the refrigerator, getting better and better as the beans drink up the dressing. A bowl of this salad makes a hearty lunch or light supper, or serve as a side in a more complex menu. The salad is vegan if you skip the garnish of cheese.

3 meaty tomatoes, such as Roma, diced

1 teaspoon salt (plus more if desired)

Wash the beans and pick through them for any stones. Place the beans in a large saucepan and cover with water to the depth of your index finger’s second knuckle. Soak the beans at room temperature for about 8 hours, or quick soak by bringing the water to a boil, covering the pot, turning off the heat and letting the beans soak for 1 hour.

Drain the beans, rinse, and return them to the saucepan. Again cover them with water to the depth of your second knuckle. Add the bay leaf. Over medium-high heat, bring the beans to a boil, reduce heat and simmer until beans are tender, about 1 1/2 to 2 hours.

Drain the beans and rinse them. Let them stand until completely cool.

Transfer the beans to a large bowl and add the onion, celery, tomatoes, bell pepper or poblanos, and parsley. Make the dressing by combine the olive oil, lemon juice, lime juice, salt and pepper. Taste and add more salt if needful.

Garnish each serving with crumbled cheese.

Next week: Andrea and Tony McGowan of Mouth of the South Salsa started with a family recipe for their award-winning fresh salsas.

Get ready for prickly pear season

Mike Jones is a tall, genial fellow with a droll sense of humor. In his day-to-day life, he’s a loan officer with Sunstreet Mortgage. But at t…

Spice up your summer with roasted chiles

When opportunity knocked for Kris Young, it looked like a roasted chile.

Not many people can say they sip from the Fountain of Youth — but the immortal Tuck family can.

Update: This event has sold out.

If the next week takes you to places around the state, leave the calendar open for some of the fun activities we’ve rounded up for you.

David Perreira stands in the narrow back room at Yellow Brick Coffee that’s filled with burlap bags of raw coffee beans from around the world.…

Part of my neighbor’s pomegranate tree overarches a public walkway, so I filched a couple of low-hanging ripe fruit from its branches earlier …

It’s cool enough to make this Michigan transplant want stouter dishes for dinner, but not so cool that I want to heat up the kitchen with a lo…