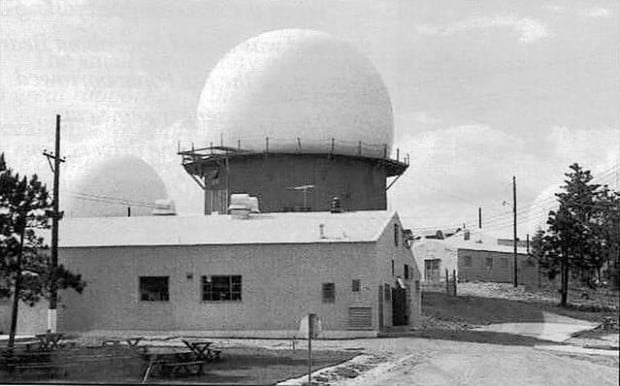 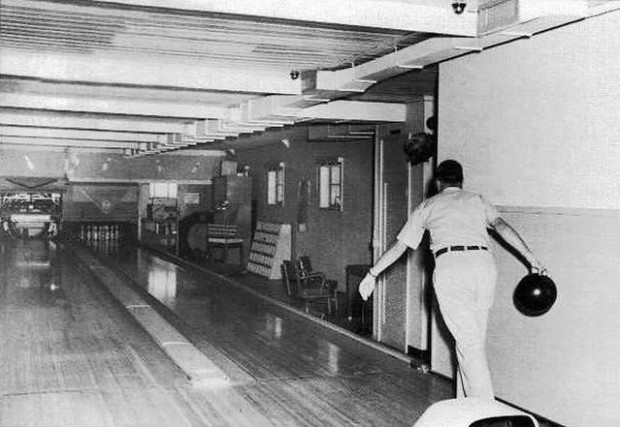 They scoured the skies for an enemy that never came.

Today, the early-warning radars that once staked out the highest reaches of Mount Lemmon are long gone, replaced by telescopes that scan the heavens only for celestial objects.

But for a time, 1956 through 1969, the 684th Radar Squadron atop Mount Lemmon drew the distinction of being the "free world's highest continuously operational radar station."

"The typical story was that it was a weather station, but it's real mission was the Cold War," says Tom Page, 53, who worked at two similar stations in North Carolina and Massachusetts while serving in the Air Force from 1975 to 1984.

A Tucsonan since 2001, Page, who now works at Raytheon, is co-founder and historian of the Online Air Defense Radar Museum (www.radomes.org).

Here, members of the Air Defense Radar Veterans' Association reminisce about various Air Force radar sites around the country, many of them now defunct.

"When I went into the Air Force I started realizing how many of these old sites there were," says Page, who's visited at least 100 of them across the country.

Some are now covered with weeds. One has been converted to a school. Another's a minimal-security prison. Many are completely obliterated.

"The one at Ajo is all gone except for an FAA radar on the mountain," says Page, who was escorted to the site by a ranger. "It's now part of the Cabeza Prieta National Wildlife Refuge."

After moving to Tucson, Page did research on the Mount Lemmon radars, talked to those who had been stationed there and also visited the site, now an observatory run by the University of Arizona.

Many of these former Air Defense Command radar sites — about 200 in all — were set up along America's coastlines and borders.

"Mount Lemmon was for looking for bombers coming down the Pacific coast and up from Mexico," says Page.

Three high-power, long-range radar sets were used on the mountain, housed in domes covered with rubber.

The domes were there strictly for weather protection — something Ed Huston can vouch for.

Unlike many of the 80 or so folks who worked on top, Huston lived in Tucson with his wife, commuting back and forth by bus.

But if snow was in the forecast, he'd have to stay. "If we had a mission going on, they didn't want us to get snowed out," says Huston, who now lives in Idaho.

Besides the usual barracks for those living on site, the property also boasted a small gym, library, hobby shop, weight-lifting room and two-lane bowling alley with automatic pinsetters.

There was also a dining hall dishing up pretty good chow, Huston reports. "On Thanksgiving, all the families came up for Thanksgiving dinner."

But in 1969, the site closed, the victim of budgetary restraints caused by the Vietnam War, as well as the fact that intercontinental ballistic missiles, not long-range bombers, were seen as the new threat.

In 1970, the 20-acre site was converted into an observatory for infrared astronomy.

Until three years ago, the Army used one of the three original Air Force radar towers to house its own radar inside a much smaller dome.

While that, too, is gone, the Air Force still maintains an unmanned radio site outside the main gate.

Meanwhile, about 200 radar sites still operate around the country, says Page, some in their old Air Force locations.

But they are run by the Federal Aviation Administration, which shares its data with the Air Force. Most are manned by a single person. Others are unmanned, with a technician on call, says Page.

Though still keeping an eye out for foreign bombers, these radar sites, says Page, are also taking a hard look at civilian airlines — especially post-9/11.

The best soups to eat when you feel sick

The best soups to eat when you feel sick

Americans have 'cooking fatigue' after the pandemic

Americans have 'cooking fatigue' after the pandemic

Seriously Simple: French pot roast warms you up on a chilly night

As with any slowly braised dish, this pot roast will benefit greatly in flavor if left to cool, refrigerated overnight, and gently reheated before serving.

The Rome-based design team has just unveiled renderings of a brand new 69-meter yacht design with a "gaping hole" right in the middle.

5 things to know about Sweetest Day

Do you celebrate Sweetest Day? Here are a few things you should know about the mid-October holiday that started out as "Candy Day."

Ask Amy: Mom's needs must take a back seat

Dear Cathy: My neighbor adopted a pair of kittens a couple of years ago. I have periodically taken care of them when she goes away for work. I…

This world-famous restaurant ditched meat, but it's still charging $335 a person. Will people pay?

The early reviews of the new EMP have largely not been positive. Some have even been downright scathing.

EatingWell: When you don’t have time to cook, reach for this chili recipe

This rich and creamy chili comes together in a flash thanks to quick-cooking chicken thighs and canned white beans.