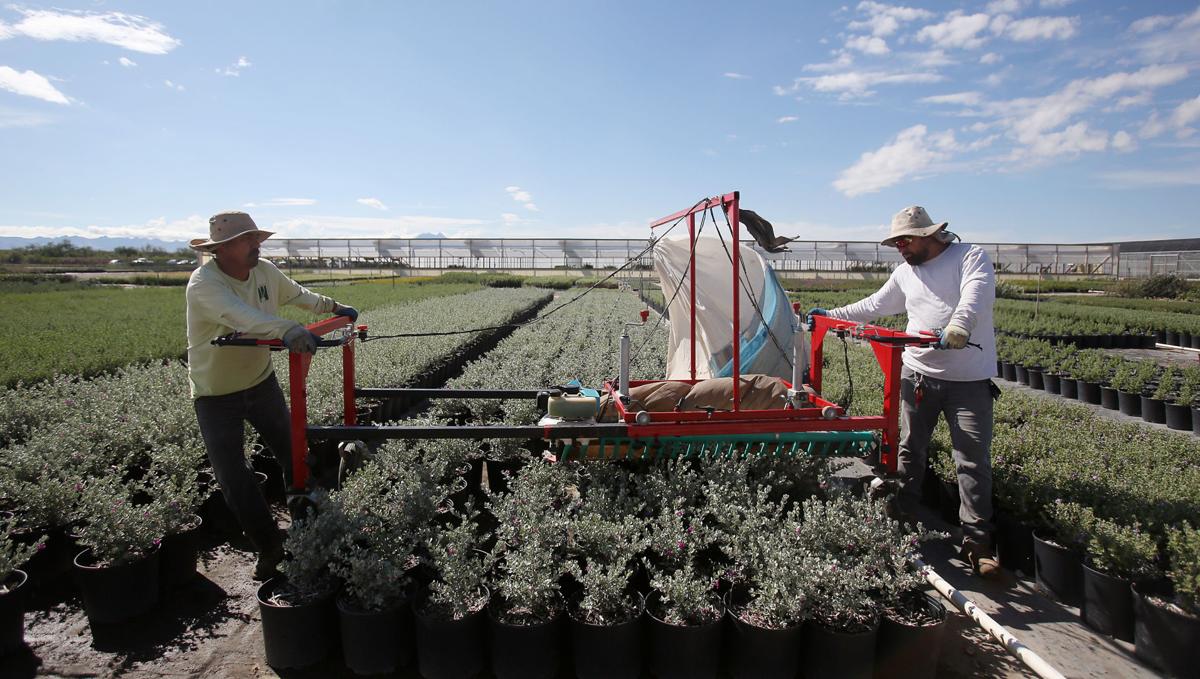 Sergio Sandoval, left, and Adrian Cordova trim the tops of plants at the 72-acre Civano Nursery. 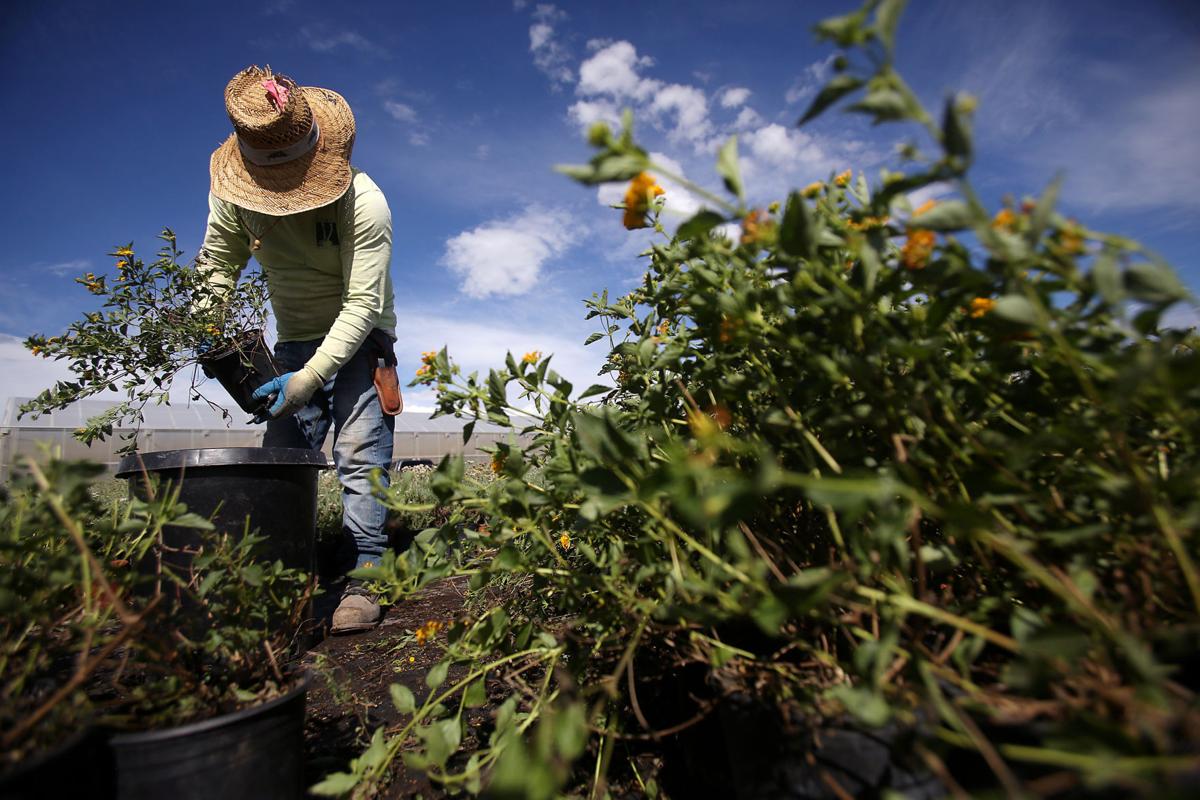 Hop bush is one of the six patented plants at the Civano Nursery, which sells more than 400 varities, including succulents, fruit and ornamental trees, bushes and perennials. 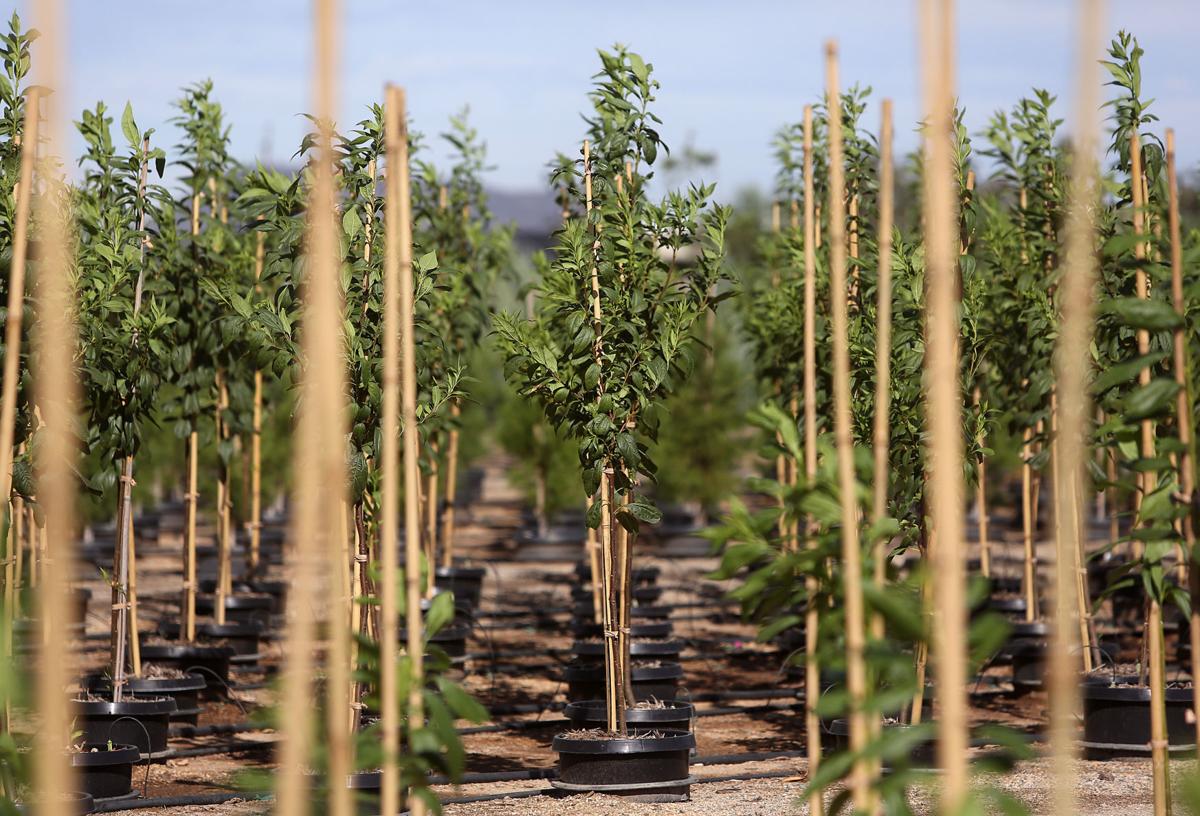 Chitalpa plants, some of the more than 4 million plants at the Civano Nursery. 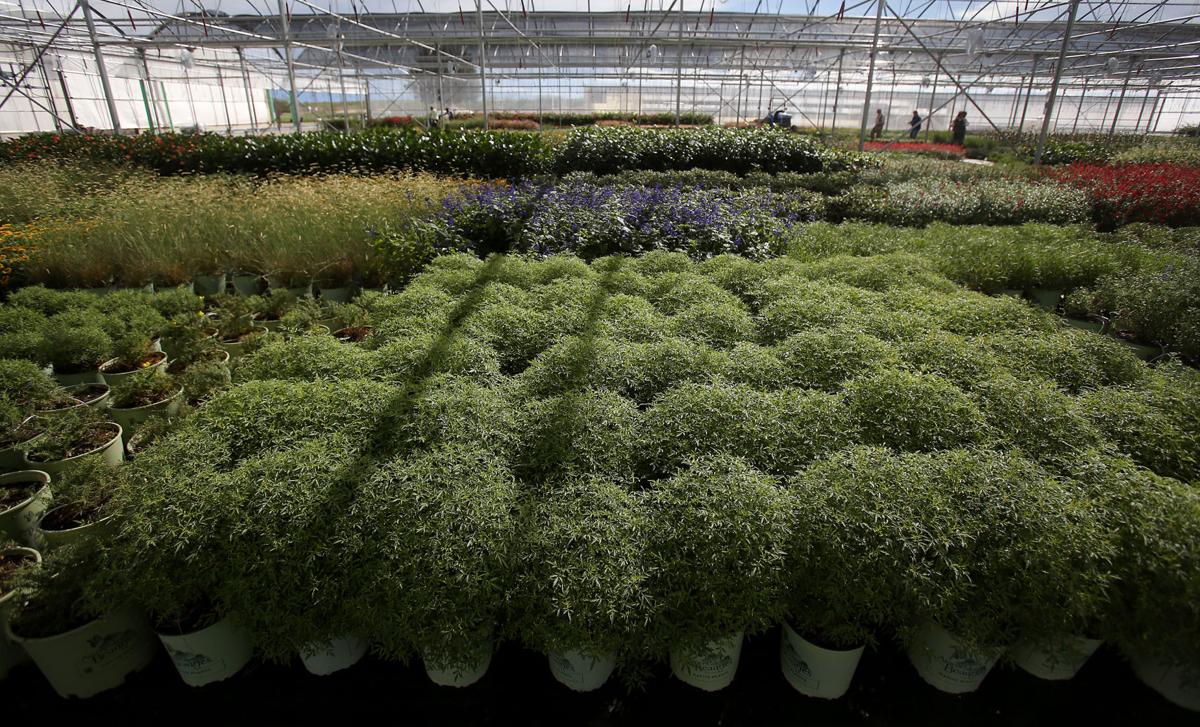 Civano is carrying plants, like these, under the Monrovia label, its national grower partner.

Did you buy a Monrovia-brand lantana, hibiscus, salvia or other perennial from a Tucson independent garden center this year? If so, there’s a chance it was a homegrown product, raised just outside of Sahuarita.

Last spring Civano Nursery Inc. sold its first stock as a network partner with Monrovia, a national grower that offers nearly 4,000 varieties of plants and owns five nurseries in the United States.

“A network partner is one that’s within a designated market area or territory,” explains Jonathan D. Pedersen, Monrovia’s vice president of business development. “Where possible we have a local grower that can represent Monrovia.”

Network partners supplement Monrovia-grown stock in regions that need more than what Monrovia can supply in a season.

Civano is the only Monrovia network partner in Arizona and one of four in the Southwest area that stretches from Southern California through Texas.

As a network partner, Civano locally grows Southwest-adapted plants and sells them in Monrovia-labeled containers to garden centers in the region.

Pedersen says he is impressed by Civano’s operation, which he examined before choosing the company as a network partner.

“My overall impression of Civano is you’ve got three brothers and a father that are really wanting to grow that company,” he says.

The relationship with Monrovia is the latest feather in the cap of the Shipley family, which has turned a small tree salvage business into a major commercial nursery in Southern Arizona.

“They definitely are a large player in Southern Arizona,” Cheryl Goar, executive director of the Arizona Nursery Association, describes Civano.

Patriarch Leslie “Les” Shipley retired in 1989 at age 49 after running a successful interior landscaping and nursery business in Nova Scotia. His young sons–Chris, Alex and Nick–did small jobs in the business.

Les moved the family, including his mother, to Victoria so the boys could attend better schools.

Butterfield asked if Les could salvage the thousands of trees and cacti on the property, Alex recalls. Les said he could.

The entire family, including Chris’s wife, moved into eastside Tucson apartments in 1997 to start a tree salvage and landscape business.

Les had never salvaged desert plants, but learned quickly. “We worked with someone who was an expert in Phoenix,” says Alex.

In 2000 the family opened the Civano Nursery garden center at the entrance to the development. “It was the intent of the developer to have a business up front,” recalls Chris, 44, Civano’s president.

The retail center would grow and sell plants, teach sustainability and become headquarters for the wholesale salvage and landscape services.

The Shipleys had to roll with changing economic times. They folded the landscape business in 2002 when demand fell off during a recession.

The family found itself at a crossroads when the Great Recession hit in late 2007. The tree salvaging business already was slowing down because there was less Tucson-area land under development.

“We saw that tree salvage would run out,” says Chris, “so we thought, ‘let’s grow trees.’”

Civano leased 75 acres of land north of West Pima Mine Road with plans to continue growing the business.

While some nurseries sold off plant stock and land to ride out the global economic downturn, Civano planted, making sure they would have adequate stock once demand picked up.

“A lot of nurseries just hunkered down,” Alex says. “Most of our expansion was during the recession. We took a risk and the risk paid off.”

The family bought the parcel in 2010.

Today, Civano has more than one million plants growing at its nursery at any one time and employs more than 140 employees.

Les continues to work, heading up construction of new offices and greenhouses.

More than 400 varieties, including succulents, fruit and ornamental trees, bushes and perennials, are available from the nursery. Fourteen currently are sold under the Monrovia brand.

Twenty-two varieties are sold through American Beauties, which secured Civano as a network partner in 2012. Civano markets 86 under its own Civano Select label that signifies premium growing practices.

The company also holds patents to several varieties and continues to create exclusive stock. “To keep relevant, you have to introduce new product,” says Nick. “People always want something new.”

Nick constantly works on creating desert plants that do well in an urban setting, where plants deal with warmer temperatures, more compacted soil and more confined spaces than in the open desert.

Nick is particularly proud of his Emerald Ice hop bush, which is sold under the American Beauties label. He and a colleague collected hop bush seeds from plants that survived the plant-killing freezes of 2011 and 2013. Civano developed a variety that can withstand temperatures in the single digits.

It’s this effort that impresses Pedersen from Monrovia. “I think they’re intent on improving the quality and wanting to offer good, quality plants in the Southwest,” he says.

Lower your cholesterol by eating these foods

Lower your cholesterol by eating these foods

These everyday items are about to get more expensive

These everyday items are about to get more expensive

You should buy these items at yard sales

You should buy these items at yard sales

Watch an olla in action at a Pima County Cooperative Extension garden, at 4210 N. Campbell Ave.

Only the tough survive, thrive in Bisbee garden

A plant has to be able to accept all the terms and conditions of your yard.

Luis Perales, in a nod to his grandparents, plants grapes.

Couple's seeds and plants are used to restore wild areas.

Data about the lifecycle of plants and animals has intriguing potential.

Bottom line: It was all about the tortoise.

Sergio Sandoval, left, and Adrian Cordova trim the tops of plants at the 72-acre Civano Nursery.

Hop bush is one of the six patented plants at the Civano Nursery, which sells more than 400 varities, including succulents, fruit and ornamental trees, bushes and perennials.

Chitalpa plants, some of the more than 4 million plants at the Civano Nursery.

Civano is carrying plants, like these, under the Monrovia label, its national grower partner. 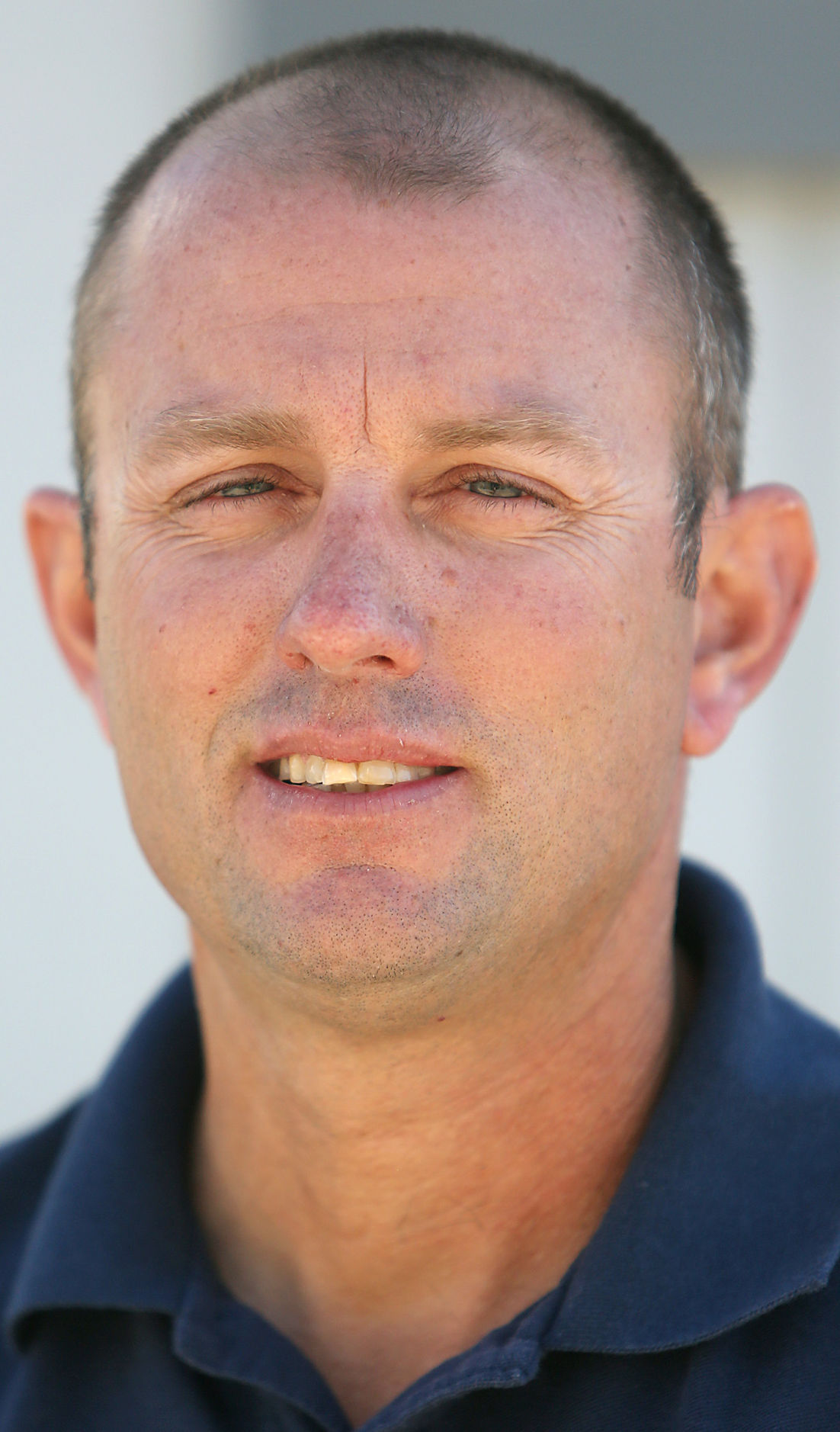 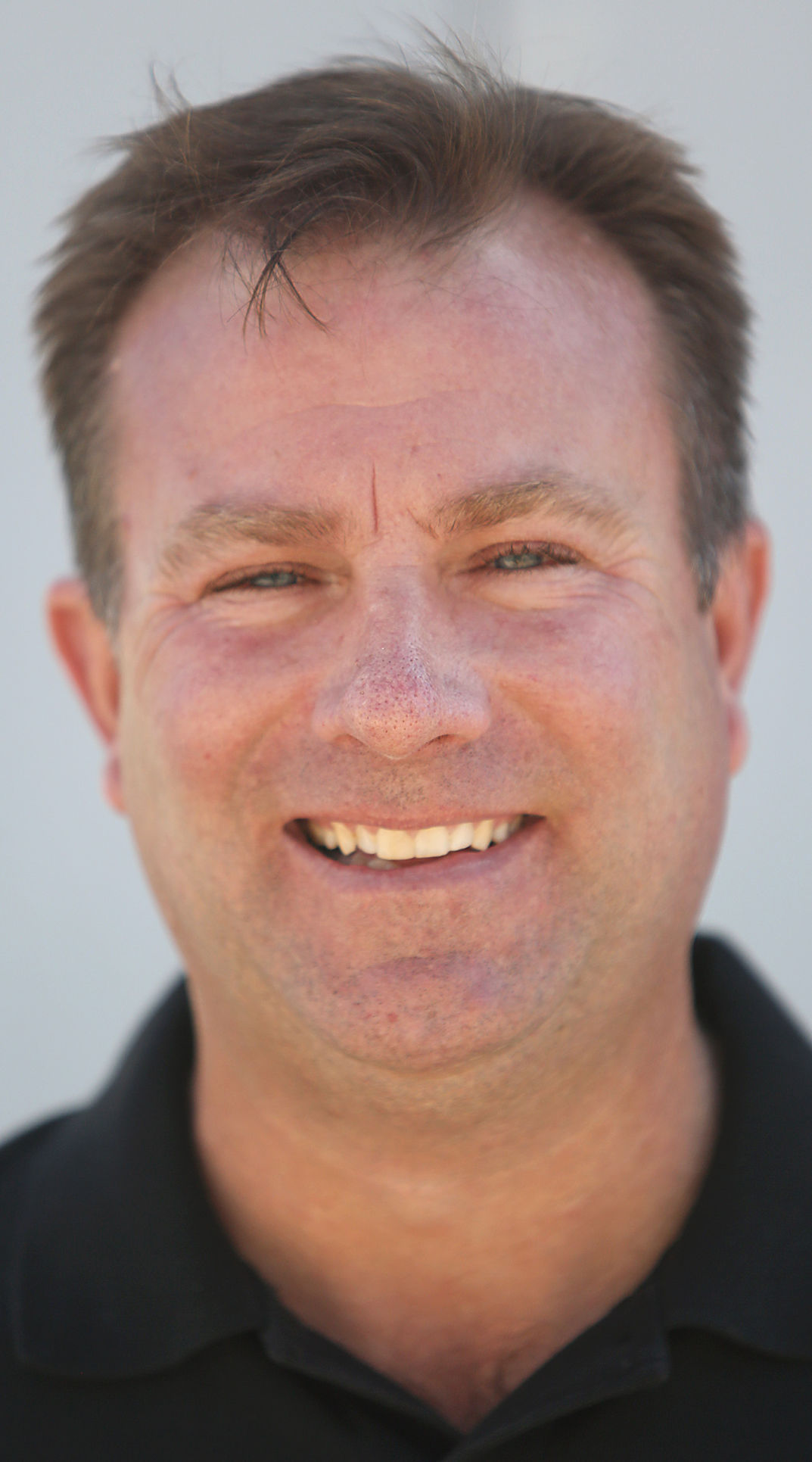