Read Today's E-Edition
Share This
Coachella is back. But have festivals escaped the problematic legacy of 'boho chic'?
Share this

This weekend sees the return of Coachella after a three-year pandemic-induced hiatus. And, as ever, there will be as much written about the festival's fashion as its performances.

But while the event was once classed among the most stylish outings on the cultural calendar — thanks to its celebrity attendees and exclusive adjacent parties hosted by a growing list of fashion brands, from Lacoste to H&M — recent editions have hardly set the tone for the rest of the summer.

In truth, the annual festival has never recovered from the fashion faux pas of the past decade. In particular, there are some images that have proven especially difficult to shake: that of festival-goers sauntering across the desert in faux-Native American feathered headdresses or with their foreheads adorned with South Asian bindis (or sometimes both).

The festival's reputation for cultural appropriation and insensitive clothing choices was also amplified by the tone-deaf fashion of celebrities in attendance.

Vanessa Hudgens, such a regular at the festival that she's often dubbed the "Queen of Coachella," has been called out numerous times for pairing ponchos and maxi dresses with bindis. Similarly, Kendall Jenner has previously turned up wearing an Indian "nath" — a piece of Indian bridal jewelry that connects a nose ring to an ear piercing.

In 2014, former Victoria's Secret model Alessandra Ambrosio faced online backlash for posting a picture of herself wearing a feathered headdress to Instagram with the caption: "Becoming more inspired for @coachella with this amazing Native American headpiece." Yet, three years later, variations on the sacred item — which some chiefs and warriors wore during ceremonies or in battle, and was often made from sacred eagle feathers — were still on display, albeit to an increasing chorus of disapproval (one 2017 festival-goer issued an apology on Instagram after being called out online).

Coachella's attendees were, by no means, the only offenders. In 2012, model Karlie Kloss apologized for wearing a floor-length headdress on a Victoria's Secret runway and, throughout the decade, the evolution of "boho chic" into something more problematic was taking place at festivals across the globe. But while organizers of Britain's Glastonbury Festival moved to ban on-site sales of Native-style headdresses in 2014 — as did several Canadian music festivals and, later, San Francisco's Outside Lands festival — they persisted in the Coachella Valley.

Whether it was the blank-slate desert setting or the fact the festival takes place in southern California, where the spirit of counter-culture dates back as far as the 1940s, the festival found it harder to kick the boho aesthetic — and its influencer culture meant that offending images circulated at considerable volume and speed.

"Fashion is such a strong medium for expression. It's used for performativity, we put on a suit to be more professional and an office space, for example," Sage Paul, executive and artistic director of Indigenous Fashion Arts in Toronto, told CNN over video call. "And festivals are places to really experiment and explore, but I think there needs to be creativity and inspiration in that exploration. Stealing from other people's nations and calling it creativity is just lazy."

The evolution of 'boho'

"Boho chic" may now carry uncomfortable connotations, but it began in seemingly innocent fashion in the early 2000s. Short for "bohemian," in honor of the '60s and '70s hippy ensembles that inspired it, the term became a sartorial catch-all for suede fringing, crochet halter-necks and paisley print.

The look's popularity is often traced back to an outfit worn by actor Sienna Miller to Glastonbury in 2004. With her head of perfectly imperfect beachy waves, and dressed in a tiered mini-dress, Uggs and embellished belt, Miller seemed to encapsulate the carefree sensibility of festival life. Her standout accessory saw her quickly anointed by the British press as the patron saint of hip-grazing coin belts. (She later distanced herself from the style, telling US Vogue, "I just don't want to wear anything floaty or coin-belty ever again.")

It was only then, presumably when chunky belts, bare feet and tousled hair failed to shock the fashion world, that boho became more experimental — and more offensive.

In 2007, British Vogue produced a spread titled "Indian Summer" that saw Indian locals clumsily enlisted alongside models as glorified props. "Eclectic, colorful, crazy," the subhead read, adding: "the modern gipsy's style is every bit as exotic as her travels." Later, in 2009, Kate Moss starred in a bizarre Romani-inspired photo shoot complete with a Gypsy caravan, Shetland ponies and roaring campfire — encouraging a flippant use of "gypsy" as a vague aesthetic rather than an ethnic group.

But online criticism of such campaigns eventually trickled down to the festival world. Paul sees recent attempts to call out culturally insensitive Coachella fashion as a triumph in the battle for representation and education. "The internet has provided a platform for that response to be given to those acts of racism and appropriation, which is great," she said. "I think why we're seeing this pushback now is because the internet allows us to have a bigger, louder voice."

By the most recent Coachella, in 2019, there were still plenty of flowy skirts and fringed crop-tops on display — but the worst examples of cultural appropriation had effectively been banished from view. Whether attendees can restore the fashion-forward reputation of the festival's heyday is, however, another question entirely.

For Paul, whose work spotlights Native American designers, creatives and artists, festivalgoers could look to demonstrate appreciation over appropriation by investing in communities directly.

"It just seems so obvious to me," she said. "Just treat people equally. But obviously, there's always going to be a power imbalance, there's a lot of work to be done."

Photos: Looking back at 20 years of Coachella

Thrift from your couch with these clothing resale sites

Save the planet, save some cash, and look amazing doing it.

Here's why decorating for fall might actually make you feel happier

PennyWise Episode 79: An expert answers: How much money do you need this year?

PennyWise Episode 79: An expert answers: How much money do you need this year?

Ways to reduce energy costs when working from home

Ways to reduce energy costs when working from home 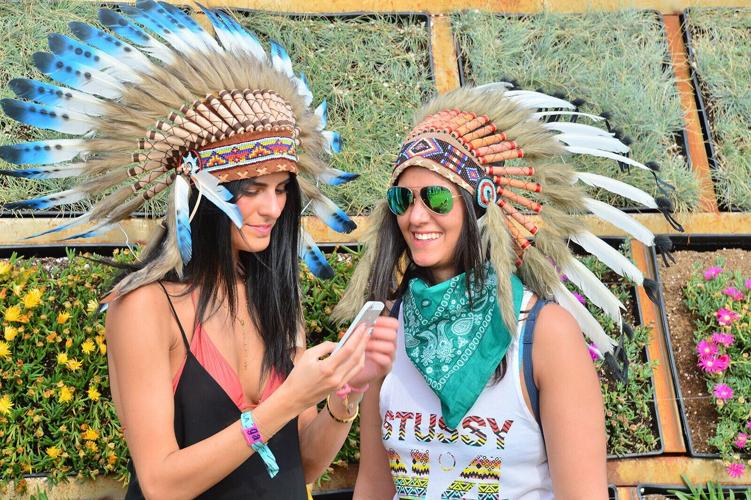 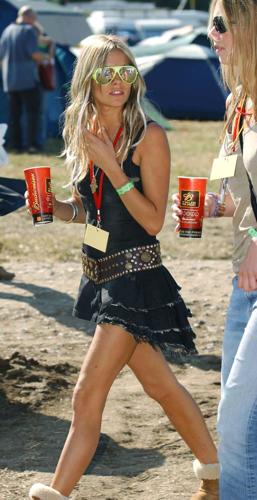 Sienna Miller at Glastonbury Festival in 2004. 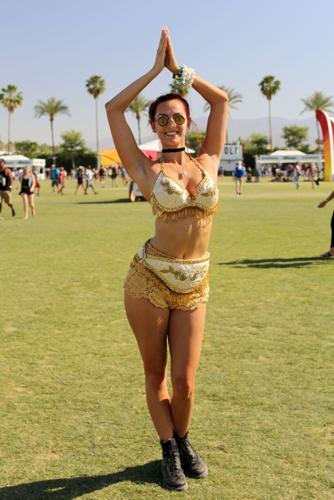 An attendee wears a fringed bikini to the 2015 edition. 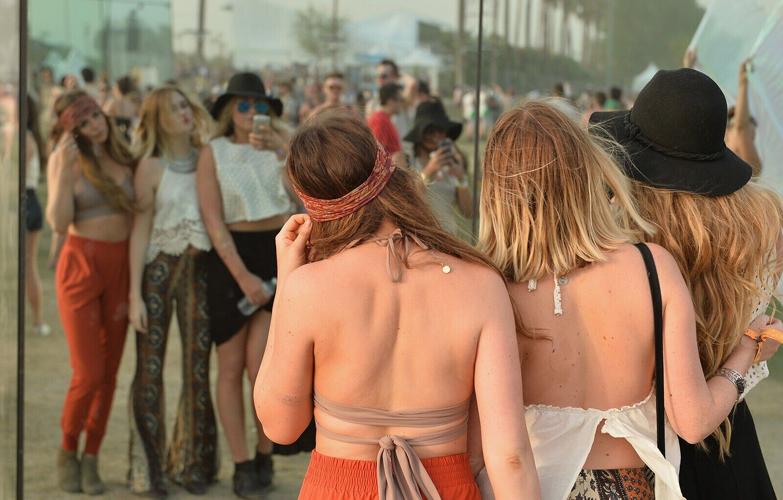 Music fans take selfies during day 2 of the Coachella Valley Music & Arts Festival at the Empire Polo Club in Indio, California, in April 2014.