Don’t call it a pageant.

Ms. Veteran America 2015 is a competition — and a fierce one at that.

The contest at the University of Nevada at Las Vegas, has no swimsuit portion and few restrictions on who can enter. The women come from across the country but have one thing in common: All have served or continue to serve in the U.S. military.

Technical Sgt. Charmaine Pozo of the Arizona Air National Guard will swap combat boots for heels to compete against 24 other women on Sunday, Oct. 18, for the Ms. Veteran America’s tiara and sash.

But this is about more than personal glory. The competition and its proceeds support Final Salute Inc., a Virginia-based nonprofit organization that provides housing and assistance to homeless female veterans.

“It’s a competition and you want to win, but honestly, win or lose, it’s not about us,” Pozo, 30, says. “It’s about the homeless veterans and getting them off the street and into a home with their children where it’s safe.”

To take home the crown and other prizes, including $15,000 toward a vehicle, school, house or business startup, Pozo must impress in an interview, in her expertise on military history, in her advocacy for homeless women veterans and in her talent.

“The talent has been a challenge, I’m not going to lie,” Pozo says, laughing. “You can’t play golf on stage, and you can’t run. And I can’t really sing or dance, so I have to do something else.”

With her hobbies of golfing and running out, Pozo opted to put on a show. The finals are in Las Vegas, after all.

“It needs to be entertaining or bring you to tears and, personally, I don’t like crying,” she says.

Instead, she’ll tap-dance, lip-sync and do magic tricks.

The triple threat got her through May regionals — even though an allergy attack put her under the weather and her audio speakers broke.

“I had no music, but like what they teach you in the military, life goes on,” Pozo says. “You keep going. So instead, I just told a couple of jokes and did some magic tricks.”

As the final competition gets closer, she has drafted her co-workers to help her train for that tiara. Every hour, they all drop and do 15 push-ups so she can prepare for the “Push Up Princess” category, which requires contestants to do as many push-ups as possible on stage in two minutes.

“They keep me straight,” Pozo says. Her coworkers watch the clock for her, crowing, “Guess what time it is? It’s push-up time!”

Vets on the street

At the close of September, after an extensive effort to find homes for homeless veterans, Pima County had fewer than 400 veterans on the streets or in shelters, says Cliff Wade, the veterans outreach specialist for Old Pueblo Community Services.

Of the veterans housed in Tucson through a joint project by the Department of Housing and Urban Development and Veterans Affairs Supportive Housing, about 6 percent are female, says Danna Auriana, the HUD-VASH supervisor for the Southern Arizona VA Health Care System. Nine percent of veterans now entering the program are women.

“Women veterans occupy 10 to 12 percent of the veteran population, and in past generations women were a second thought,” says Chad Roche, the veteran program administrator for the Arizona Department of Veterans’ Services.

Before entering the competition in early 2015, Pozo knew little about female veterans who find themselves without a home. Learning about Ms. Veteran America and Final Salute changed that.

MILITARY life’s for her

Pozo joined the Air National Guard right out of high school 11 years ago.

She followed the example of her father, Carlos Pozo, who retired as an Air Force master sergeant after 38 years of service.

“I would never have thought she would have gone in that direction, but she grew and developed and blossomed,” he says.

Normally, his daughter serves her country working at Davis-Monthan Air Force Base in a job she equates to human resources. Next year she plans to go to Pima Community College to further her education.

During Operation Enduring Freedom, Pozo was deployed to Qatar for a month to fill a vacancy. She volunteered.

“I grew up this way,” she says. “I just can’t picture my life not being in the military.”

Master Sgt. Chandra Barlow, Pozo’s supervisor, says the competition has increased her own knowledge about homelessness among female veterans.

“You don’t really hear about it,” Barlow says. “I wasn’t really aware of it until she brought it to our attention.”

As part of the contest, the contenders for the Ms. Veteran America crown fundraise and boost awareness through social media and by speaking in their local communities.

Pozo organized a golf tournament in May at the Omni Tucson National Resort. With 60 players and 10 volunteers, she raised $3,040 for Final Salute. Other fundraisers included organizing an event at Creative Juice Art Bar and selling running headbands from IRockTheBoots.com. Altogether, she has raised more than $5,000.

Jas Boothe, the founder and president of Final Salute, started the competition in 2012 as a way to fund the nonprofit’s programs supporting homeless women veterans.

At the beginning of October, she estimated the contestants had raised almost $90,000 this year. The competition started with around 600 applications and was whittled down to 25 finalists.

Boothe, who served in the Army for 15 years and had her own experience with homelessness, wanted to give servicewomen a chance to show off beauty sometimes hidden by the uniform.

“Our hair is pulled back, we have limited makeup, and no painted nails. Femininity is stripped away because of the profession. How about for one night we be women and dress up and raise awareness for the cause?”

“It lights a fire in you”

The 2011 government report also noted that neither the VA nor the Department of Housing and Urban Development “collect data on the total number of homeless women veterans in the general population.”

“The homeless women veteran population is very resourceful, and we have a hard time finding them,” says Roche with the state’s Department of Veterans’ Services.

A lack of transitional housing for veterans with children and experiences of sexual trauma in the military are among the challenges some women face that may contribute to homelessness.

That’s why Ms. Veteran America is about more than a crown.

“It just lights a fire in you, and you have to do something,” Pozo says. “This could be my co-worker who I don’t know about ... If I see that woman on the street, she could be a veteran and need my help. She served the country.”

Why quitting alcohol might not lead to weight loss

Why quitting alcohol might not lead to weight loss

The first act deemed worthy of the award occurred in Arizona.

Her life is like a Sandra Bullock movie — but "The Blind Side" not "Miss Congeniality."

On Veterans Day and every day, this Tucsonan's focus is military women

She thinks veterans deserve more than a thank you.

Hem & Her reopens with new focus

Jordan Confer is part of family of dog show champions

Holidays: Dress up, it's time to shine

The Old Pueblo is nothing if not casual. 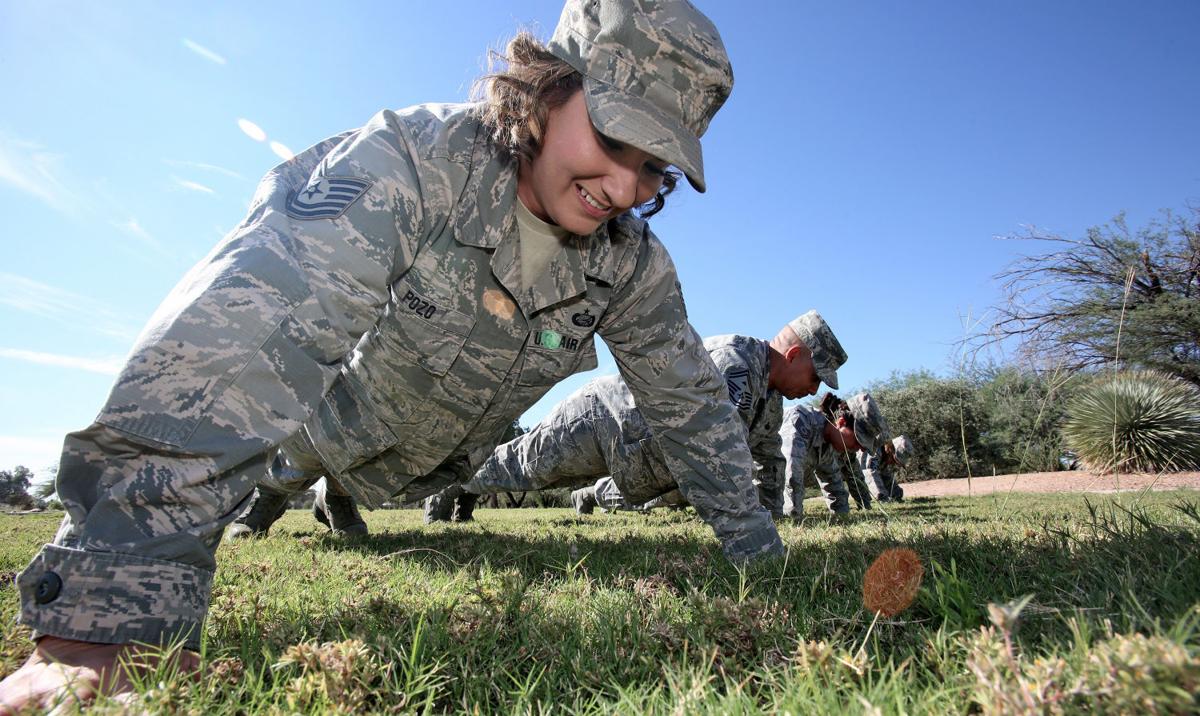 “It’s not about us. It’s about the homeless veterans,” says Charmaine Pozo, a finalist for the Ms. Veteran America contest, which benefits a group that helps homeless female vets. Contestants don’t wear swimsuits onstage — they do push-ups. 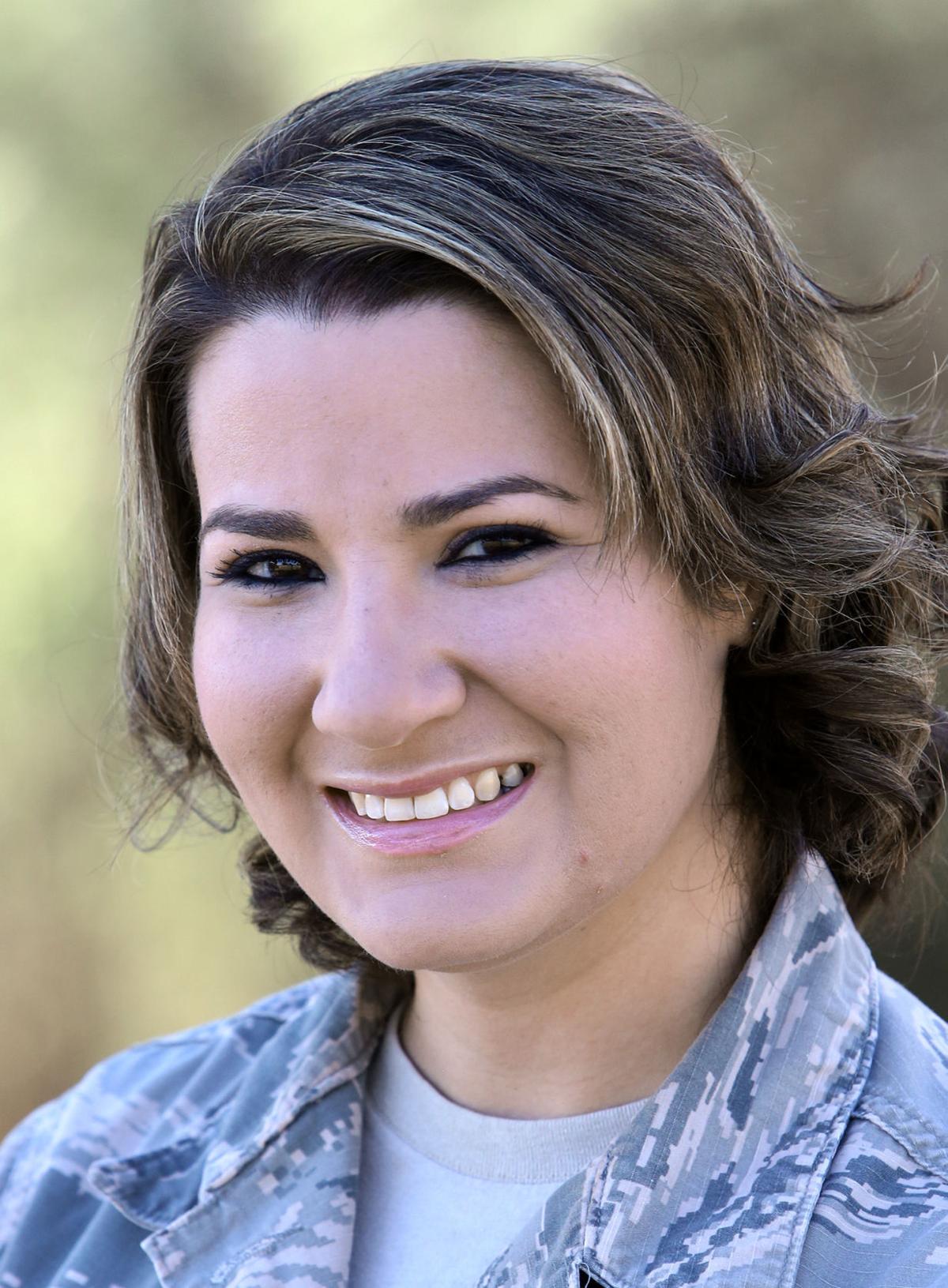