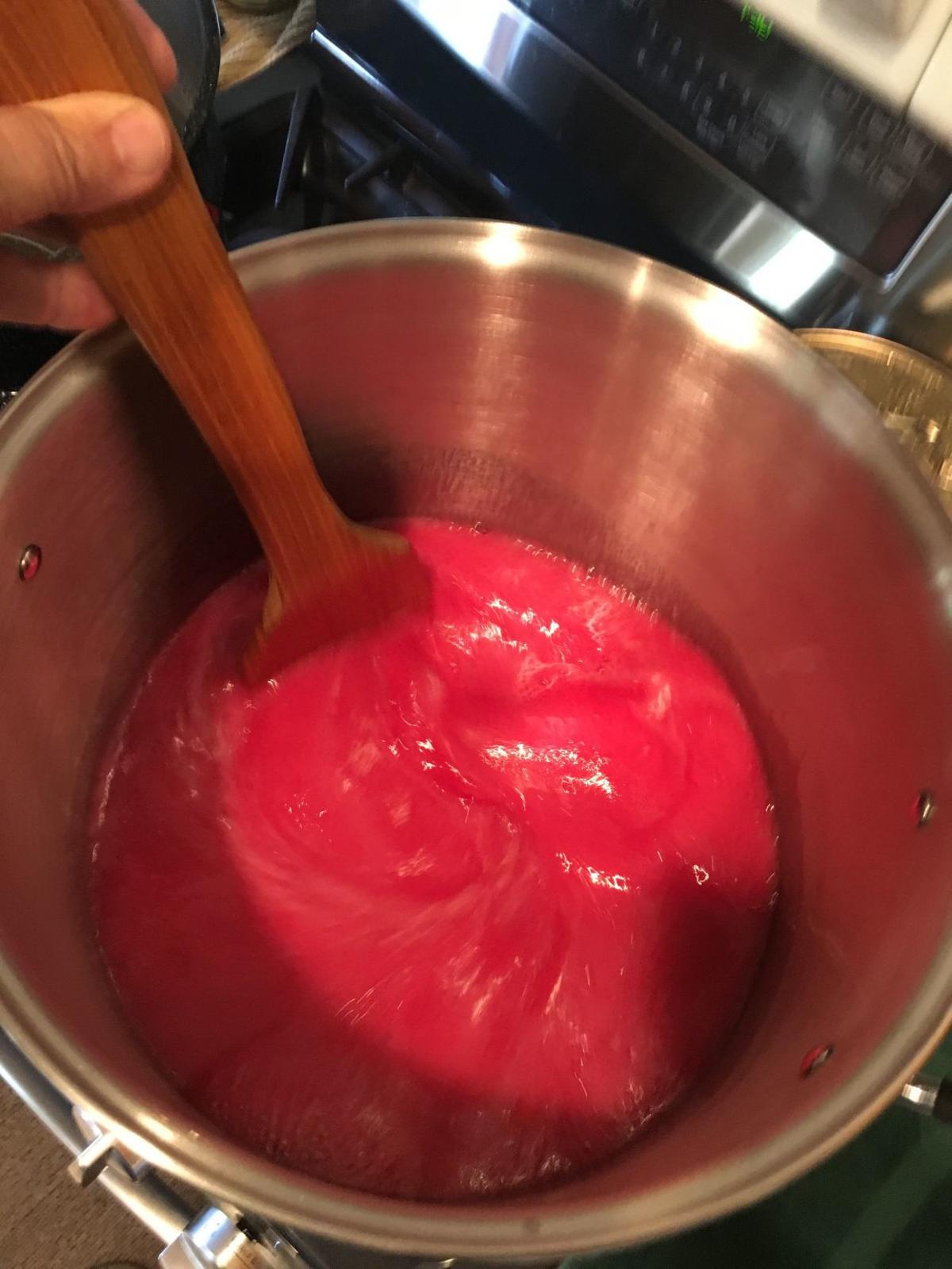 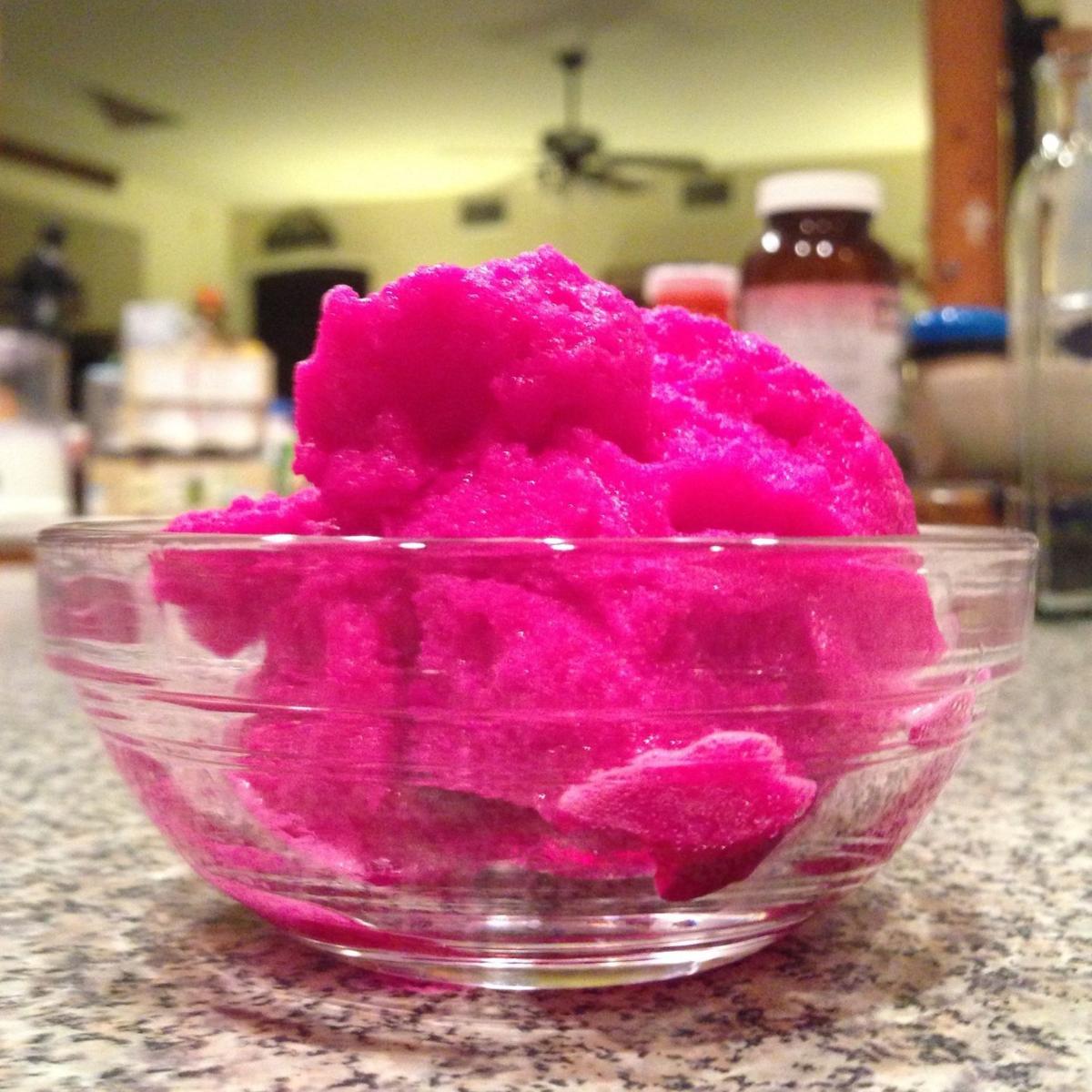 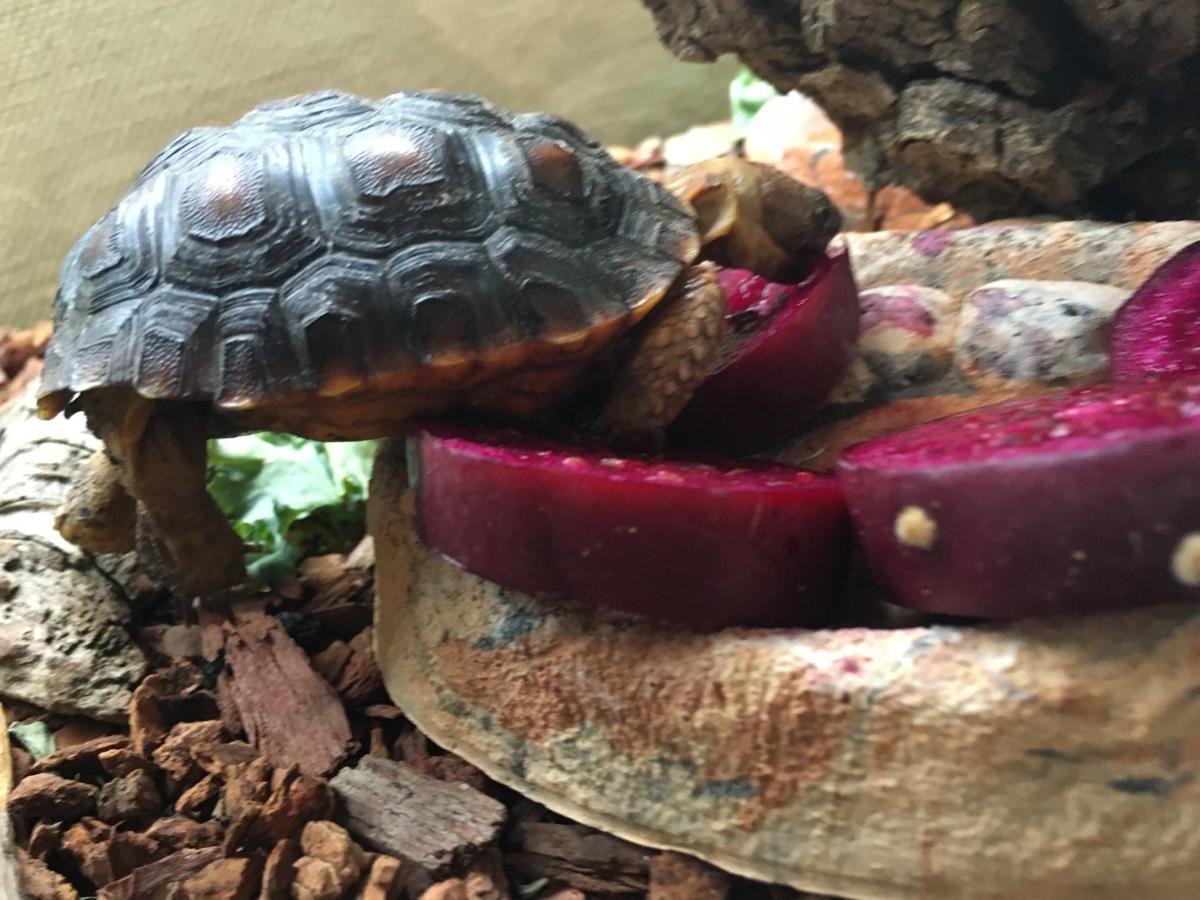 Mike Jones is a tall, genial fellow with a droll sense of humor. In his day-to-day life, he’s a loan officer with Sunstreet Mortgage. But at the visitor center of Saguaro National Park West, he’s a volunteer and the go-to guy if you want to learn how to harvest and use one of the desert’s treasures: prickly pear fruit.

Jones and his wife, Ginny, moved to Tucson about 20 years ago from New Jersey. But his love of nature and wilderness stems from his childhood in Surinam, where his parents were missionaries, he says. He brought that love with him when he came to Arizona, and he’s been a volunteer at Saguaro National Park for seven years.

In a professional presentation featuring his own impressive nature photography, Jones walks his audience through the basics of the Opuntia family of prickly pears and their fruits, called tunas in Spanish. One, the most commonly seen in Southern Arizona, has hot pink fruit that yields nearly neon hot pink juice; another, the fruit of the purple prickly pear, provides juice that’s the same color as those orange sherbet push-up frozen treats that I loved as a child. Both types of fruit are edible.

The young, tender pads of the prickly pear, called nopales, are also edible. Because Arizonans can buy inexpensive big jars of already peeled and sliced nopales for use in the traditional salad called nopalitos, Jones says, he wouldn’t devote much time to them during the presentation.

As Jones points out, everyone who lives in the desert – from humans to wildlife – loves the bright flavor of the fruit. Its flavor is sometimes compared to watermelon, with a touch of bubblegum. Yet everyone, whether javelina, coyote, tortoise, bird or human, faces the same issue: How to avoid the glochids, the tiny needle-like spines with hook-like barbs that pierce the skin.

Indigenous people used to “swish” the fruits with bundled grasses or roll them in the sand to knock away the glochids, Jones says. Some people say to gather the fruit by wearing heavy leather gloves. No good, says Jones – the glochids will pierce the leather and enter your own skin.

Instead, he offers a safe solution: use long-handled kitchen tongs to pluck the ripened fruit and place it into a sturdy paper bag or a five-gallon bucket. You’ll know it’s ready to pick if it twists easily on the plant. The method is the same one taught in classes at the Arizona Sonora Desert Museum, he says.

Where you harvest the tunas matters, he says. It’s illegal to remove harvested fruit from Saguaro National Park, he says, but neighboring Tucson Mountain Park has no such rules. It’s best to ask first before harvesting tunas growing on private property.

Prepare to spend some time gathering the tunas, says Jones. It will take 60 to 80 fruits to produce enough juice for Jones’s jelly recipe, and that gathering is done during the hottest part of the year here in Arizona.

The glochids persist after picking, and various methods exist to get rid of them on the plucked fruits, Jones says. It’s important to do so because the tiny spines pose a danger to tender tissues in the mouth and throat, as well as to hands and fingers and whatever body parts they touch. Some people use a blow torch to burn them away. Others like to spear the fruits and toast them over a gas flame or outdoor fire like marshmallows, turning each fruit frequently so it doesn’t burn. Still others swear by washing them, which they say softens the glochids so they can be rubbed or brushed away.

Jones has developed an ingenious way to juice the fruits that completely sidesteps the thorny (pun intended) glochid issue, but I’ll let him tell you about that in one of his thoroughly enjoyable presentations.

Jones says he puts this jelly into pretty 4-ounce canning jars to give as gifts. Use a tall pot, because the jelly mixture will take up a lot of space as it boils. Like all jelly and jam recipes, this one relies on the complex interaction of pectin, fruit juice, acid and sugar, so don’t substitute sugar substitutes for the sugar in this recipe. Certo makes a type of pectin for low-sugar and no-sugar jams and jellies called Certo Light Crystals; follow package instructions for a jelly that uses 3 cups of juice.

Prepare canning jars by boiling them in a heavy pot. Heat the lids in hot water; they do not not need to be boiled. The rings do not need special treatment.

In a tall pot, bring the prickly pear juice, lemon juice and pectin to a rapid boil over medium-high heat, stirring constantly.

Stir in the sugar. Continue stirring until the mixture returns to a hard boil that cannot be stirred down. Boil for 4 minutes.

Pour into sterilized jars and seal with sterile lids.

Next week: Kris Young of Red’s Roasters has tips on choosing and using roasted chile peppers and vegetables in your kitchen.

Robin Mather is a longtime food journalist and the author of “The Feast Nearby.” Follow her blog as she writes her third book, “The Feast of the Dove,” at thefeastofthedove.com.

Up your shopping game: 3 Tucson stores with items you won’t find elsewhere

From pieces of the past to uniquely Tucson items, these shops are worth checking out.

Spice up your summer with roasted chiles

When opportunity knocked for Kris Young, it looked like a roasted chile.

The family heritage in Mouth of the South’s fresh salsas shows up all over the company. Tony and Andrea McGowan both have Southern roots, and …

Husband-and-wife team started Four Kings Kitchen, which has a line of three flavors of hand-crafted granola

David Perreira stands in the narrow back room at Yellow Brick Coffee that’s filled with burlap bags of raw coffee beans from around the world.…

Part of my neighbor’s pomegranate tree overarches a public walkway, so I filched a couple of low-hanging ripe fruit from its branches earlier …

It’s cool enough to make this Michigan transplant want stouter dishes for dinner, but not so cool that I want to heat up the kitchen with a lo…