The Hershey’s Co. is sorry, but not sorry.

Proving its competitive spirit ahead of the Super Bowl, the company on Friday crushed a Guinness World Record set two weeks ago by competitor Mars Wrigley.

The mammoth 9- by 5.5-foot bar was unveiled before a sea of orange at Hershey’s Chocolate World with as much fanfare as a pep rally.

“Are you guys ready to get this party started?” shouted Anna Lingeris, Hershey senior manager of communications and a Reese’s brand ambassador.

With that, Queen’s “We are the Champions” echoed through the room. Confetti floated down.

Not only did Hershey’s beat the record, it used the opportunity to throw shade at Mars. Earlier this month, Mars took the Guinness title for a Snickers bar weighing in at more than two tons.

“It’s in the spirit of competition. We saw them do it and we’re like, ‘Hey we have a chocolate and nut bar that tastes way better,’" said Kaylee Dugan, Hershey’s spokeswoman.

The Snickers was unveiled at the company’s Waco, Texas, plant and contained 1,200 pounds of caramel, peanuts and nougat and nearly 3,500 pounds of chocolate. Mars said it was using the bar to promote a Super Bowl commercial.

The “Fix the World” commercial is a spoof on the old Coke Classic hippie ad and shows an oversized Snickers being lowered into a hole in the ground as thousands flock to the area in song.

Hershey’s took no time to respond with its own public relations stunt. It is also airing a Super Bowl commercial for Take 5 during the game’s third quarter.

Its ad takes a comical look at the fact the Take 5 is “the greatest candy bar you’ve never heard of.” It begins in an office cubicle where a man exclaims he’s never heard of the bar as his co-worker, Trish, starts eating one.

Their conversation erupts into a series of cliches that end up becoming true. “Where’ve you been? Under a rock? What, were you born yesterday?" and so on.

Hershey’s Dugan said employees spent five days constructing the bar, which was made by layering ingredients and coating the bar in chocolate. The bar will be cut up and distributed to Hershey’s employees.

The world has Michael Nolt, a member of Hershey’s R&D team, to thank for idea. He also happens to be the candy bar’s original creator. The bar made its debut in 2004.

“Employees love Reese’s. They want to win. They love the brand,” Dugan said.

A look at every US president's favorite drink

Happy Presidents Day! Here's a look at the drinking habits of each commander-in-chief.

The price of wine is dropping fast, and it's not expected to go back up anytime soon

Tuesday is National Drink Wine Day, so let's raise our glasses and toast to cheaper wine.

Developers and restaurateurs have rediscovered the area and are determined to make it Tucson's new midtown.

Here's where you can find the pizza capitals of the US

From politics to environmental issues, controversy runs rampant. But one thing remains beloved by (almost) everyone: pizza.

What's the best hot chocolate mix? A test of 10 brands 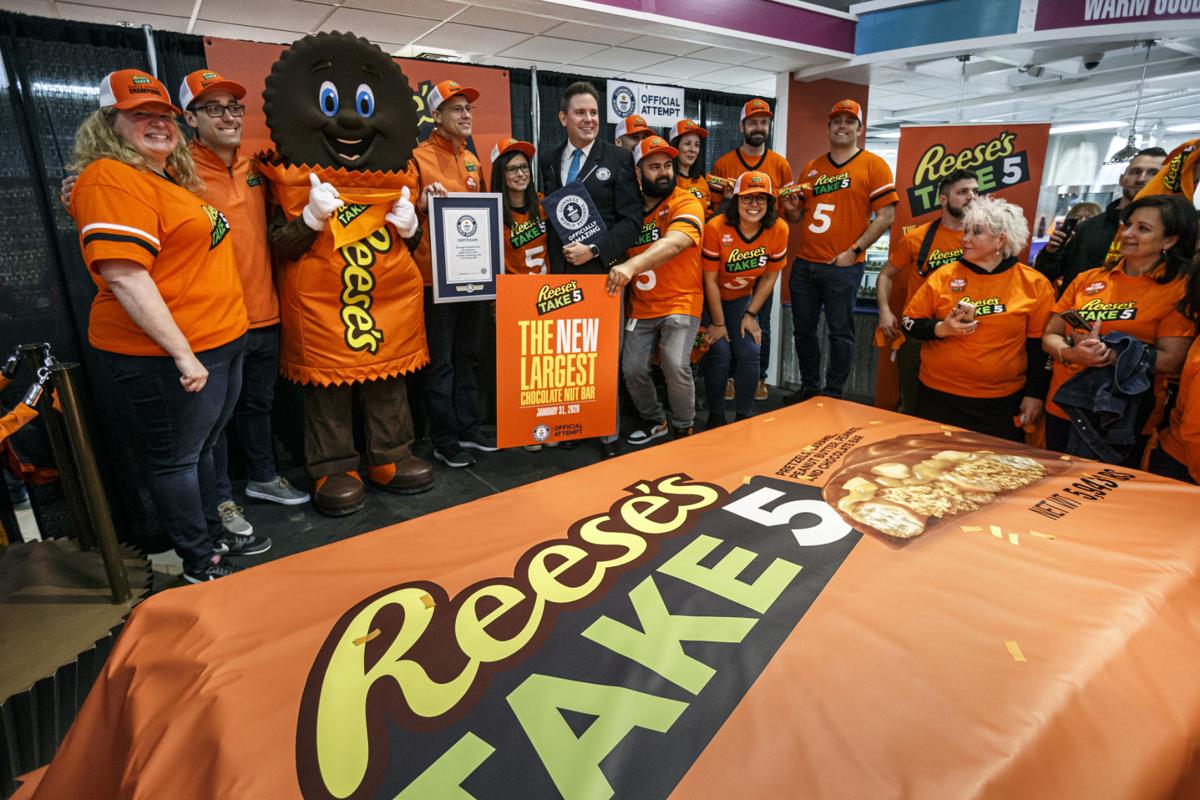 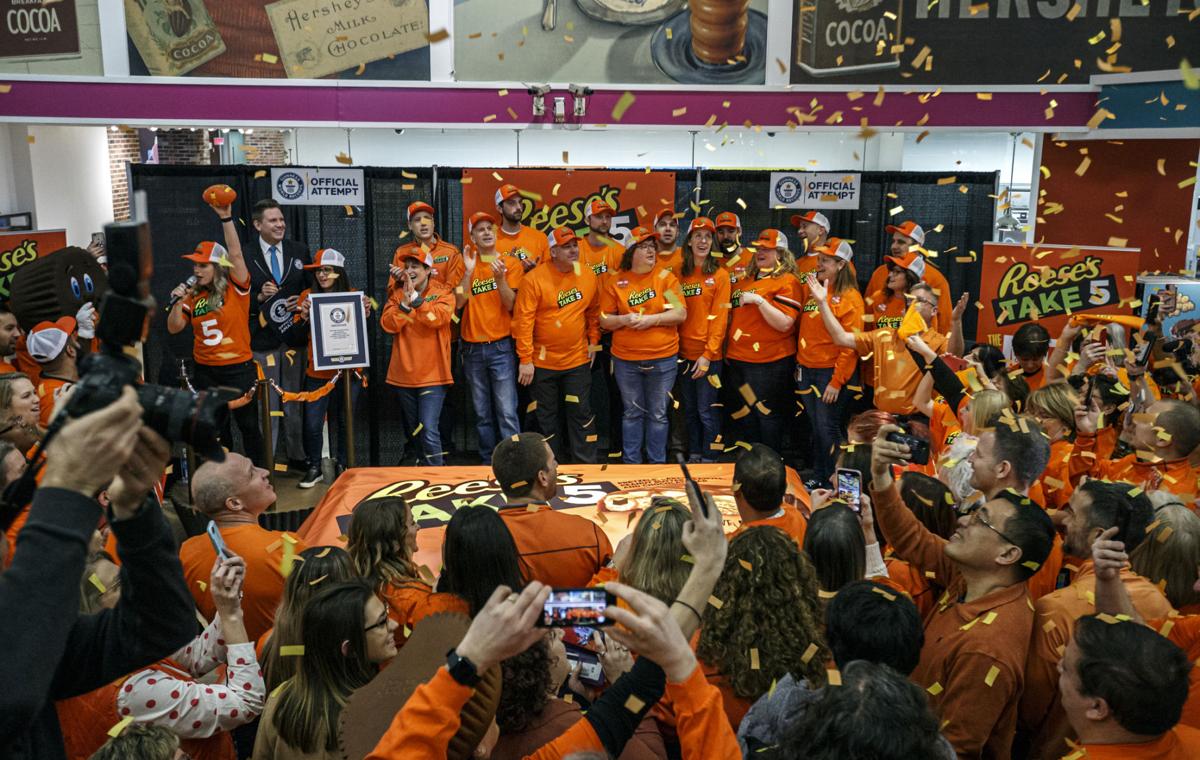 A Reese's Take 5 bar is officially announced as the new Guiness World Records holder for largest chocolate and nut bar at 5,943 pounds.