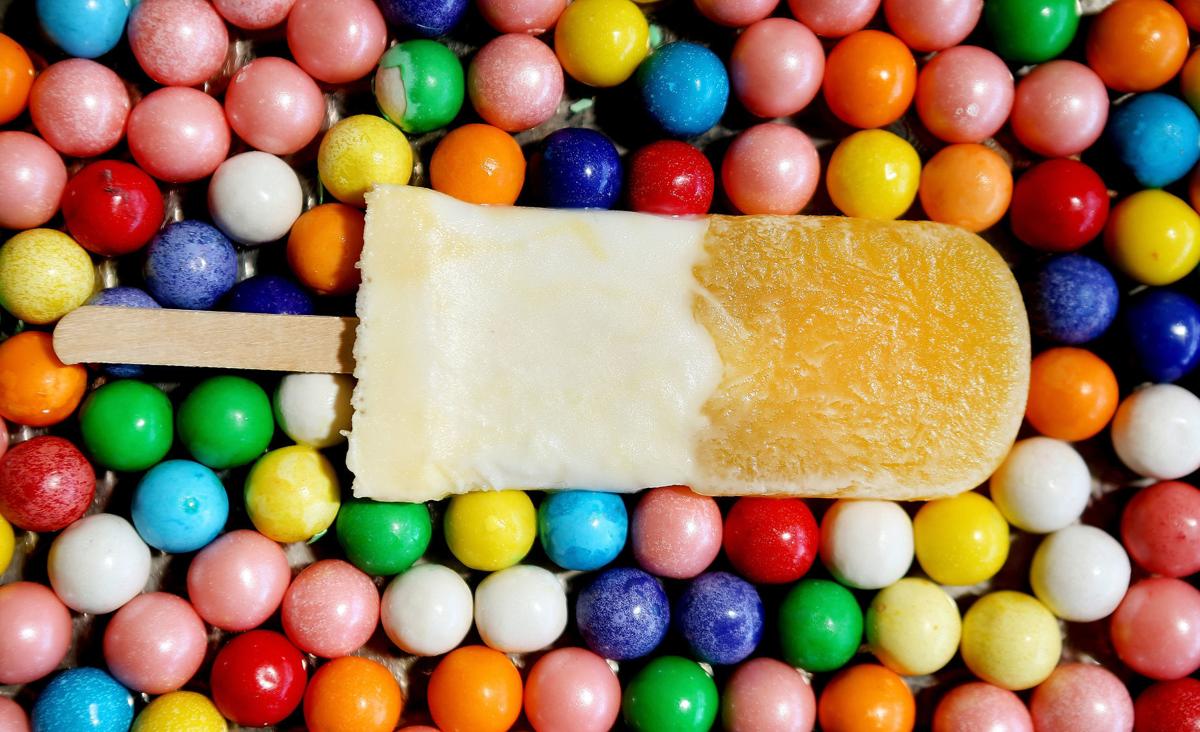 A coconut citrus popsicle made with orange, lemon and coconut ($3) at Isabella’s Ice Cream. 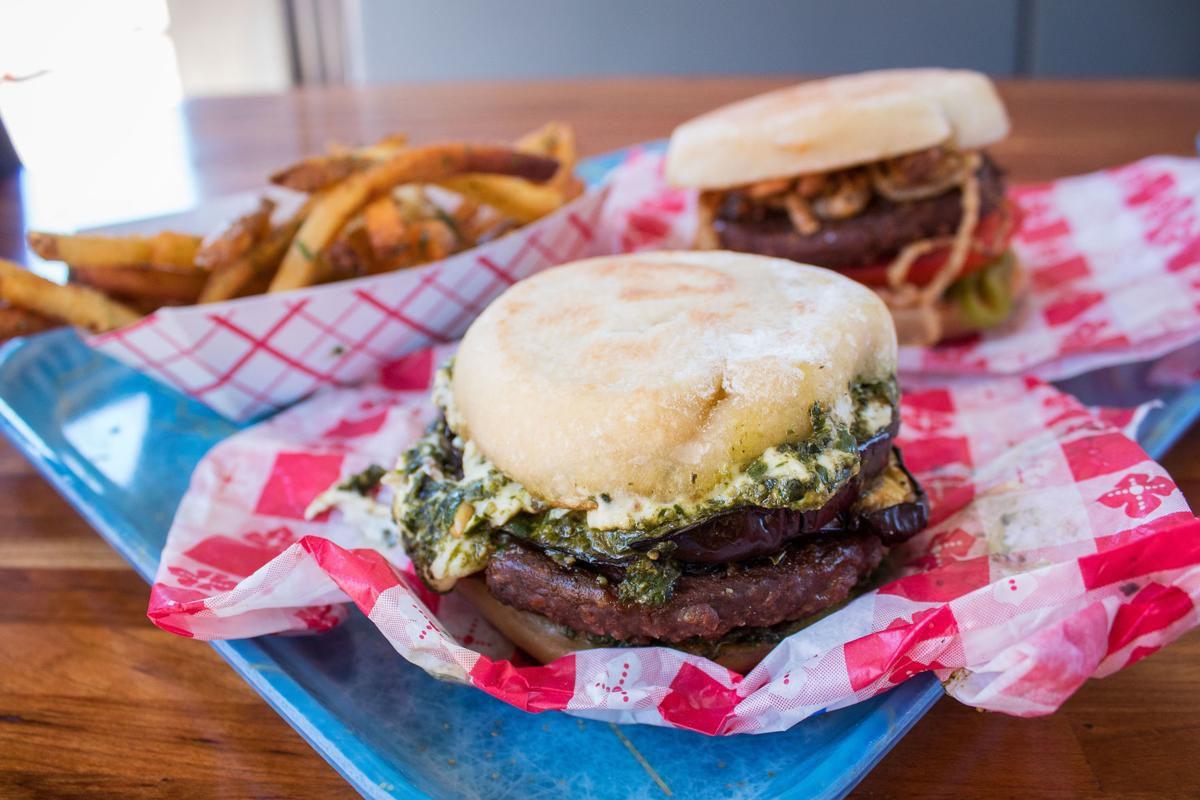 The owners of Beaut Burger wanted to have the feel of a classic burger joint — without the meat. 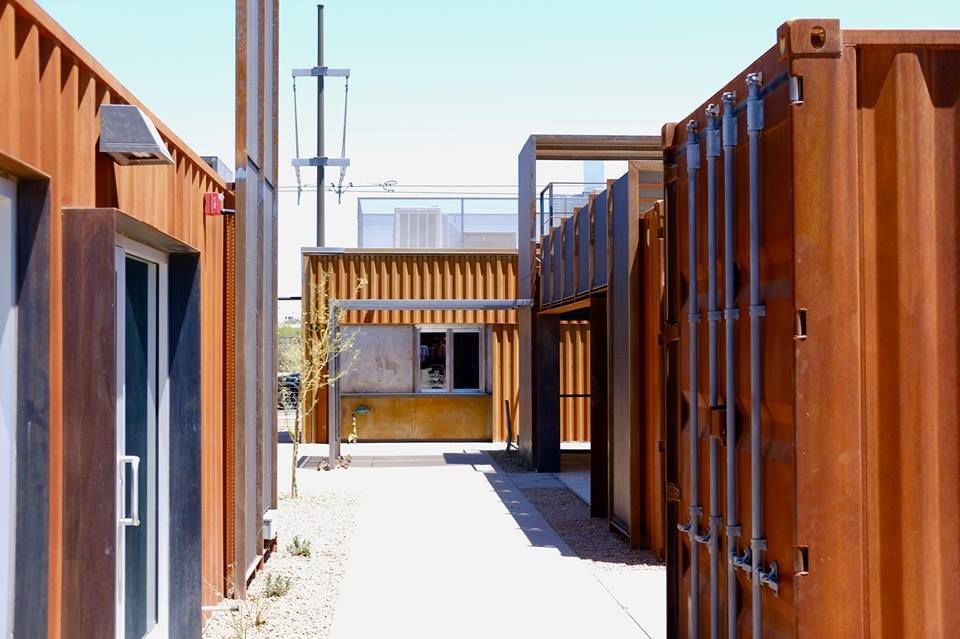 The MSA Annex, which opened in late May, has 13 retail businesses and restaurants/bars set up in shipping containers.

Isabella’s Ice Cream was set to open its third location on Wednesday at the MSA Annex downtown, the shipping container sidebar to the popular Mercado San Agustin on West Congress Street.

The shop is one of the final tenants of the Annex, a hyperlocal upscale retail center that opened in May next door to the Mercado.

One of the first businesses to open in the Annex was Kerry Lane’s Beaut Burger, a vegan burger joint that she and her husband, Ari Shapiro, have been working on for several years.

“When we came up with this idea four years ago while hiking in British Columbia, the whole idea was that it would be modeled not after a vegetarian restaurant but a great burger restaurant like Shake Shack,” said Shapiro, who also runs the 5-year-old Falora pizzeria in midtown.

“That was sort of the goal we were setting for ourselves — we wanted to give people that total burger experience ... animal-free,” Shapiro said, adding that the idea was that diners wouldn’t realize their burger was meat-free.

“People would say, ‘Hey wait, this doesn’t have meat?’” she said.

Isabella’s, which has its main store at 210 N. Fourth Ave. and a second location at 1439 S. Fourth Ave. in the months-old American Eat Company, will be next door to Beaut Burger, which Shapiro said is perfect.

“Burgers and fries and ice cream, all right there,” he said.

Beaut Burger opened around the same time as Westbound, a bar from the owners of Tap & Bottle.

Shapiro said the two businesses share a liquor license, which allows customers to bring alcohol from Westbound into Beaut Burger.

The Annex also includes the Tucson-centric gift shop Why I Love Where I Live.

Coming soon are a Japanese restaurant and the first coffee shop from Hermosa Coffee Roasters, which supplies coffee for a number of Tucson restaurants and shops, said Annex spokeswoman Kristi Prisbrey.

9 Tucson sweet treats to help beat the heat this summer

Summer means a few things. It means hanging by the pool, the smell of sunscreen, and blazing 100+-degree weather every day. But it also means …

Straying away from the popular fast food drive-thru and chain restaurants, these local spots are must-try destinations for Tucson’s after-hour…

Beaut Burger is contemporary comfort food, minus the beef

The new bar will have 35 taps with craft beer from Arizona and beyond.

Meanwhile, Even Stevens downtown could reopen after being locked out by its landlord.

New restaurant breathes life into a building that was once an iconic Tucson burger stand.

Food tastings at popular Tucson restaurants are part of the day-long tour.

A coconut citrus popsicle made with orange, lemon and coconut ($3) at Isabella’s Ice Cream.

The owners of Beaut Burger wanted to have the feel of a classic burger joint — without the meat.

The MSA Annex, which opened in late May, has 13 retail businesses and restaurants/bars set up in shipping containers.