Skip to main content
You are the owner of this article.
Edit Article Add New Article
You have permission to edit this article.
Edit
Health & Wellness
Fitness
Pets
Healthy Money
Travel
Outdoors
Share This
1 of 2 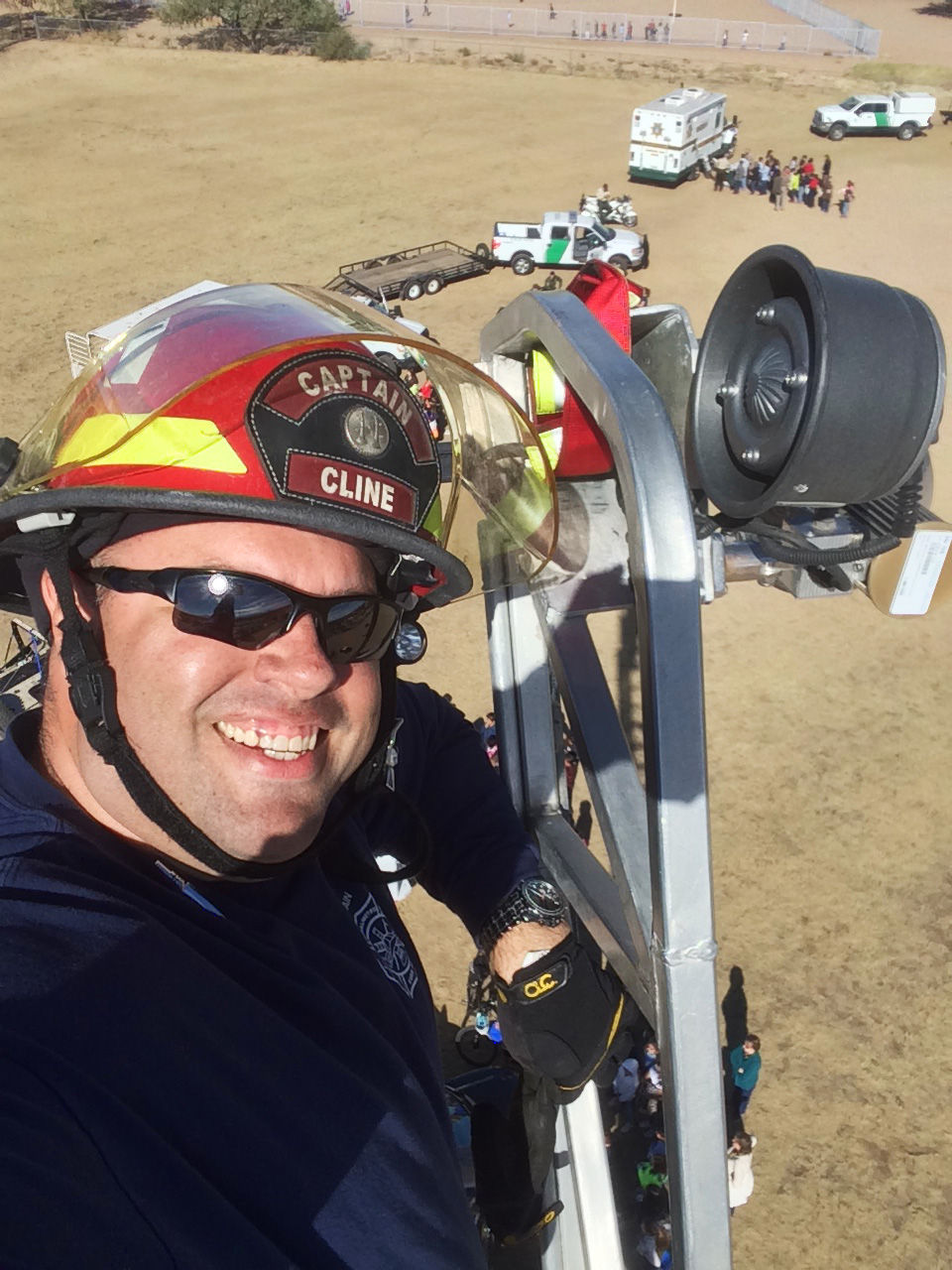 Rural/Metro Fire Capt. Eric Cline, 40, suffered a near-fatal aneurysm and stroke March 26. He had 50-50 odds of living, but now he can grip things and tell his wife, Risa, “I love you.” 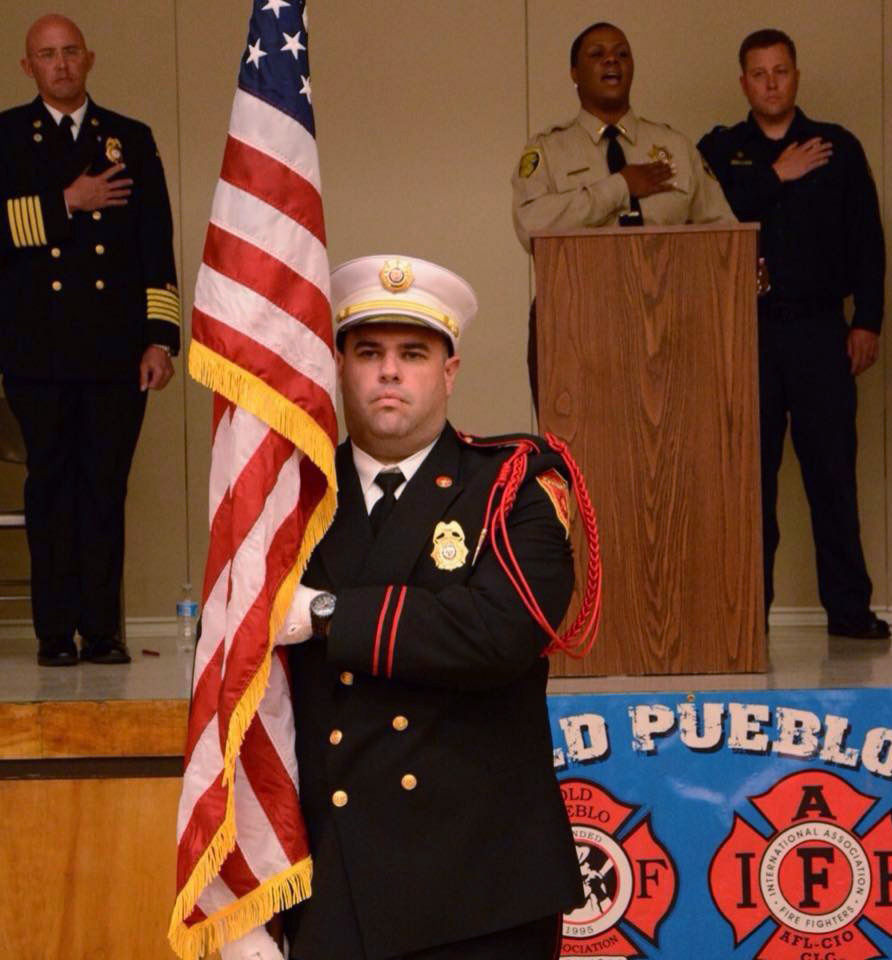 Eric Cline, before his aneurysm, holds the flag. Colleagues held a vigil at the hospital to spell his family and prepare meals.

Rural/Metro Fire Capt. Eric Cline, 40, suffered a near-fatal aneurysm and stroke March 26. He had 50-50 odds of living, but now he can grip things and tell his wife, Risa, “I love you.”

Eric Cline, before his aneurysm, holds the flag. Colleagues held a vigil at the hospital to spell his family and prepare meals.

It’s been more than a month since Rural/Metro firefighters began keeping watch over one of their own — a department captain who suffered a catastrophic aneurysm on his fourth wedding anniversary.

About 30,000 people in the United States suffer a ruptured aneurysm per year, which works out to about 100 annually in the Tucson area. But most ruptured aneurysms occur in older people. The chances were about 2 in 100,000 — less than one-half of 1 percent — that Eric Cline would have an aneurysm burst at the age of 40, said his neurosurgeon, Dr. Kurt Schroeder.

The couple went to see the film “Insurgent” at the Road House Cinema in midtown, having watched the first film of the series, “Divergent,” at home the night before, followed by lunch at Olive Garden. It was a leisurely break from busy lives of work and parenting three children, who range in age from 11 months to 7 years old. It was also a break from their move from the northwest side to an apartment in central Tucson.

His body stiffened in a strange way and Risa said his breathing sounded abnormal. She called 911. Within minutes, paramedics were at their apartment, and Eric was rushed to Tucson Medical Center.

The odds someone with a ruptured aneurysm makes it to the hospital alive are about 50-50, Schroeder said.

While Eric made it to the hospital, his prognosis was grim. When the aneurysm burst it caused him to suffer a stroke. His eyes were unresponsive, and he wasn’t responding to pain. It appeared he might be brain dead. Schroeder told the family that Eric might die.

Rural/Metro firefighters put out the word about Eric’s sudden illness and early that evening, firefighters began gathering at Tucson Medical Center. More than 100 from several local agencies spent the night in a room that hospital officials opened for them, keeping vigil over what might be the last night of Eric’s life.

But as Eric’s family and friends were saying goodbye to him, Eric coughed. He reacted to touch on the bottom of his feet. Schroeder decided to do surgery. Earlier this month, Eric had to have another surgery after he developed fluid on the brain.

Almost losing Eric gave Risa perspective. She’s grateful he’s alive. Anything more than that is a bonus, she said.

She's also grateful for support from family and particularly from the firefighters, who mowed the lawn and got the Clines’ Northwest Side home ready for sale during his hospitalization. The firefighters check in with Risa constantly, and make sure her husband is never alone.

Eric still has a long way to go. He moved from Tucson Medical Center to the local HealthSouth Rehabilitation Center on Friday. No one knows the extent of deficits he may suffer. But he knows his family members, he’s said, “I love you” to Risa and he’s able to grip things.

The grimiest item in your kitchen you don't wash enough

The grimiest item in your kitchen you don't wash enough

Could jellyfish and chips be the next weird dish you try?

Could jellyfish and chips be the next weird dish you try?

Checks made out to Eric and Risa Cline, to help them with their expenses, may be dropped off at any Rural/Metro fire station or mailed to the Rural/Metro administrative office at 3759 N. Commerce Drive, Tucson, Arizona, 85705.