For more than 30 years, Mauro Morandi has been the sole inhabitant of a beautiful island in the Mediterranean Sea. For the past few weeks his hermit's hut has been an aptly isolated location from which to watch the global coronavirus crisis unfold.

And, after being alone with his own thoughts for so much of his life, he's got some insight into the isolation that many of us now face in the weeks and months ahead.

Morandi, a former teacher, arrived on the island of Budelli, off the coast of Sardinia, by accident while attempting to sail from Italy to Polynesia 31 years ago. He fell in love with the pristine atoll's crystal-clear waters, coral sands and beautiful sunsets — and decided to stay.

He took over from the previous caretaker shortly afterward and, at the age of 81, he's still there, having earned himself a reputation as Italy's Robinson Crusoe.

Each night he sleeps in an old stone cottage and wakes up in the morning surrounded by mother nature. He enjoys exploring shrubs and cliffs and talks to birds at breakfast as they fly in and out of his little kitchen window.

He keeps up with the news though, learning first of mainland Italy's shutdown against the spread of coronavirus, and then the rest of the world's.

In his solitary world, he says he currently feels like he's in the "safest place on Earth." He's also eager to share a few tips on how to best face self-isolation.

"I am fine, I'm not scared," he tells CNN Travel via the mobile phone that is his link to the outside world. "I feel safe here. This island offers total protection. No risks at all. Nobody lands, not even a single boat can be seen sailing by."

Like many of us, Morandi's main concern is for the wellbeing of his family and friends — in his case living in northern Italy's Modena, one of the most virus-hit areas in Italy.

"They're facing tough times," he says.

Little has changed for Morandi since Italy's virus outbreak, except that he must now wait longer for people to bring him food from the mainland due to harsh restrictions imposed by Rome's government.

These have meant that even the sporadic visits from tourists during the winter have ceased. Over the years he's become accustomed to daytrippers, befriending them and sometimes sharing his meals with them.

Left alone, he spends the day admiring the sea, inhaling the pure air, collecting wood, preparing his meals and — of course — posting on Instagram.

"I get bored, so I kill time taking photos of the beaches, the wildlife and scenery, editing shots and then sharing these on social media and Instagram," he says. "I have a lot of followers."

The wild-bearded sea dog thinks the virus shutdown, if it continues, means tourists will be staying away at least until July, but the prospect of a quieter summer doesn't scare him.

Morandi has a few tips for people now forced into solitude in Italy and elsewhere by the pandemic. He says a few weeks holed up inside is nothing to get upset about but is instead an opportunity to practice some soul searching.

He speaks, he says, from experience. Despite having an entire island to himself, even Mediterranean winters can be tough and he spends many months in confinement.

"I spend each winter shut in my house, for months on end I hardly wander across the island, but instead I kill time on the front porch under the canopy. So what the heck, people can't stay at home for two weeks? That's absurd."

As Italy tightens restrictions on movement to control the virus, dozens of Italians have been fined in the last few days for leaving their homes for non-urgent reasons like a stroll in the park or at the beach.

From wanderer to hermit

"I read a lot, and think. I think many people are scared of reading because if they do, they'll start meditating and thinking about stuff, and that can be dangerous.

"If you start seeing things under a different light and be critical, you could end up seeing what a miserable life you lead or what a bad person you are or the bad things you did."

This introspection can, he says, ultimately be highly rewarding. Morandi recounts his own transformation from an inveterate wanderer who traveled across Europe each year to a solitary islander.

"I just didn't feel like traveling anymore — no interest," he says. "I understood that the most beautiful, dangerous, adventurous and gratifying journeys of all is the one inside yourself, whether you're sitting in the living room or under a canopy here in Budelli. That's why staying at home and doing nothing can be really hard for many."

In Morandi's view, most people don't want to be alone because they can't stand their own company and the imposed shutdown is forcing many to face this.

And, he says, while the current crisis presents an opportunity to re-evaluate their lives, he doesn't think that many will make the most of it.

"I don't believe in the healing power of people to change," he says. "Perhaps some individuals will, but the majority are too accustomed to comforts and frenetic lifestyles."

Meanwhile, time flows by as usual on Budelli.

"My cat died just the other day, she was 20 years old," Morandi says. "Perhaps this climate does bring longevity."

Budelli is one of the most beautiful islands in the entire Mediterranean. Dating back to prehistoric times when the Earth's crust was still forming, legend says it's a shard of the mythical, lost Atlantis continent swallowed by the ocean.

But the island isn't completely immune to climate change and nature's destruction by man, says Morandi.

Not long ago a clear line of pinkish sand cut along the shore, made of bright pink, orange and salmon-tinted crushed coral, crystals, fossils and dead marine creatures, giving the shore a sparkling strawberry hue similar to that of sunset skies.

"Now the pink is almost gone, hard to see," he says. "The directions of the winds blowing over Budelli have changed, the pinkish sand no longer piles up as it used to."

The mayhem on mainland Italy is allowing Budelli's caretaker to buy time over his own fate.

Ownership of the island has changed several times over the last few years. Since 2016, Budelli has been a government-owned national park, rendering Morandi's role obsolete — a situation he has fought while continuing to live there.

The virus emergency is likely to postpone any decision over his future for the time being, though his ramshackle home is in need of a restyle.

"For now I've got everything I need. There's electricity, even if it needs a makeover, and running water, and an extra small stove for heating."

Nothing to complain about. 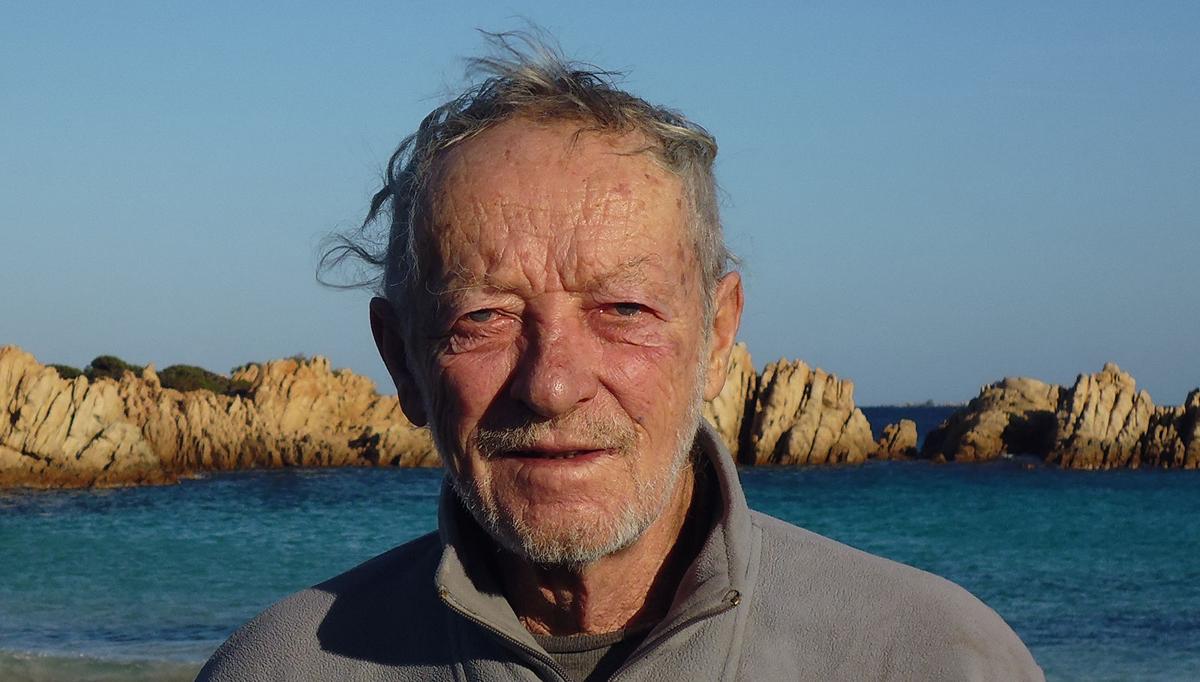 Escape from society: Morandi, pictured, has lived alone on Budelli since he set off on a quest to escape from society in 1989. "I was always a rebellious child. I think I ran away from home, the first time, aged nine," he says. 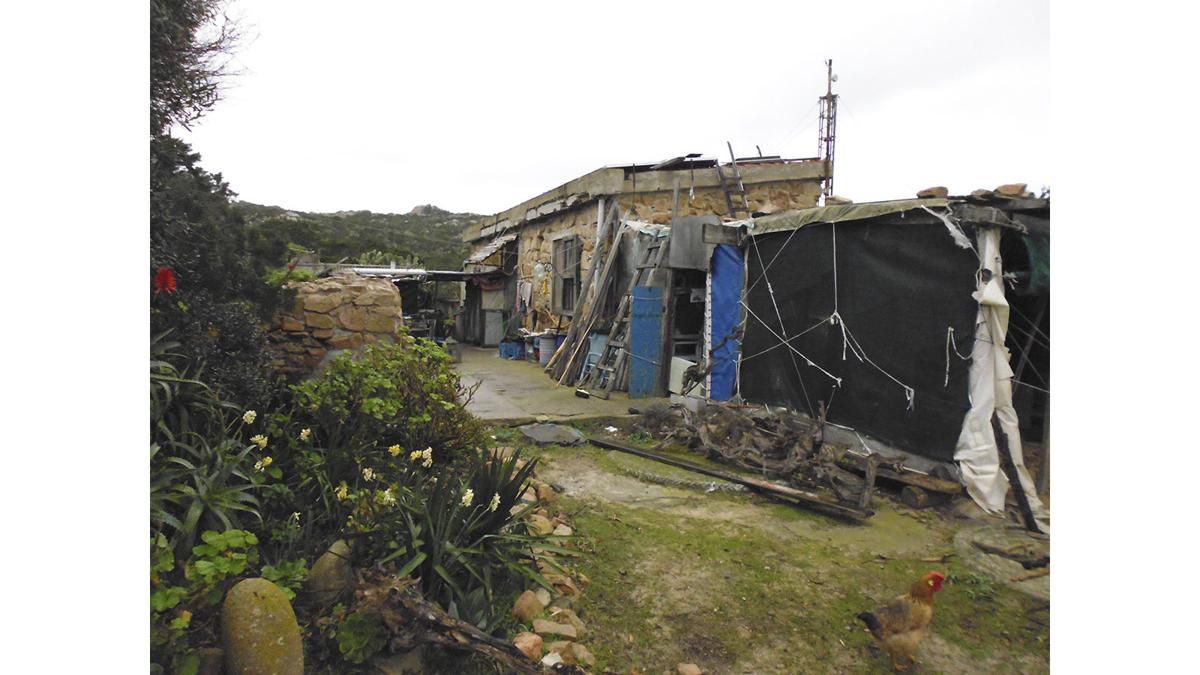 Morandi's ramshackle home is in need of some TLC. 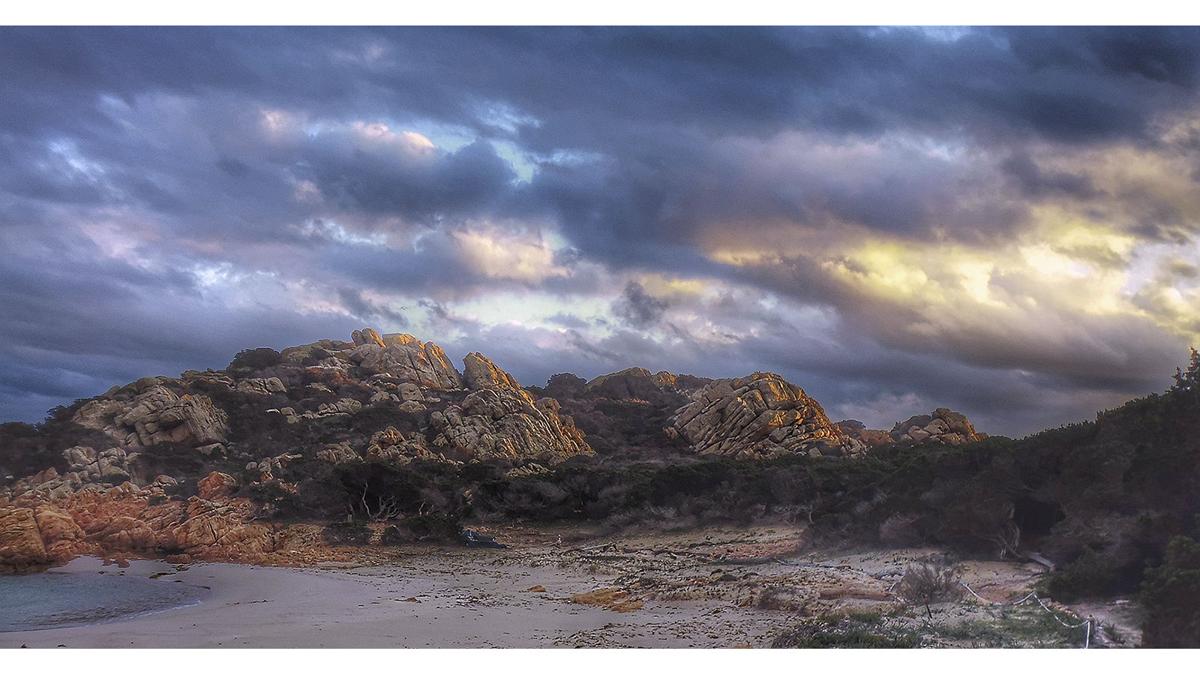 Mauro Morandi has been living on Budelli island for more than 31 years. 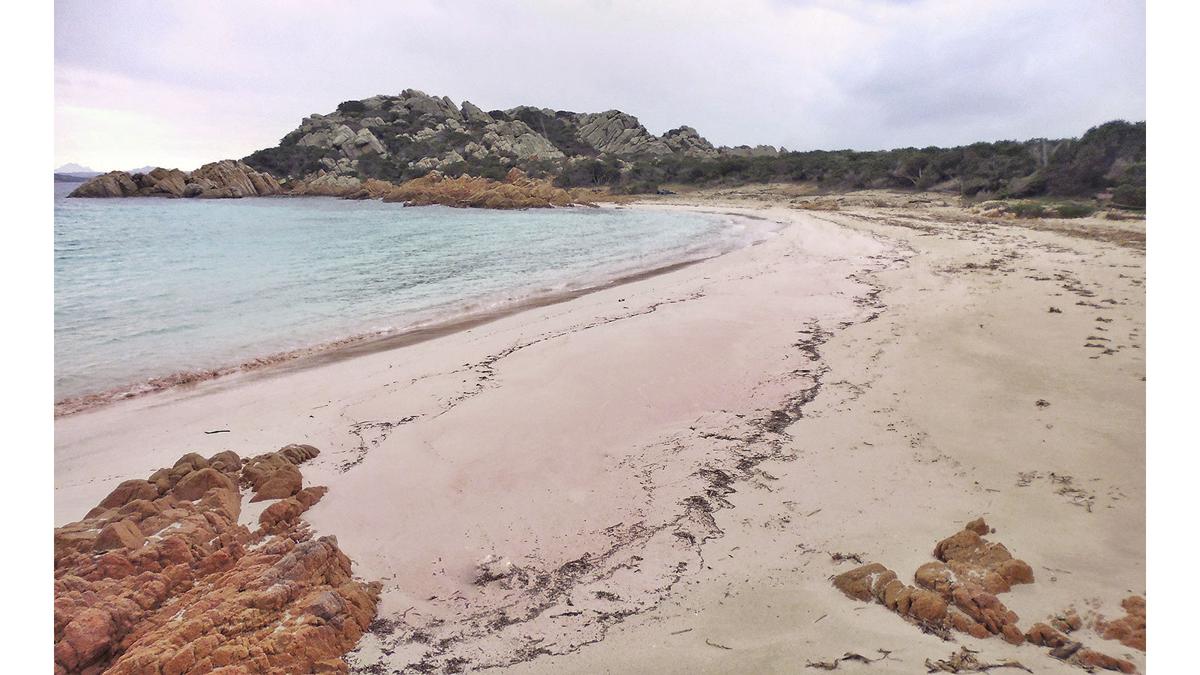 Budelli is known for its beautiful pink shoreline. 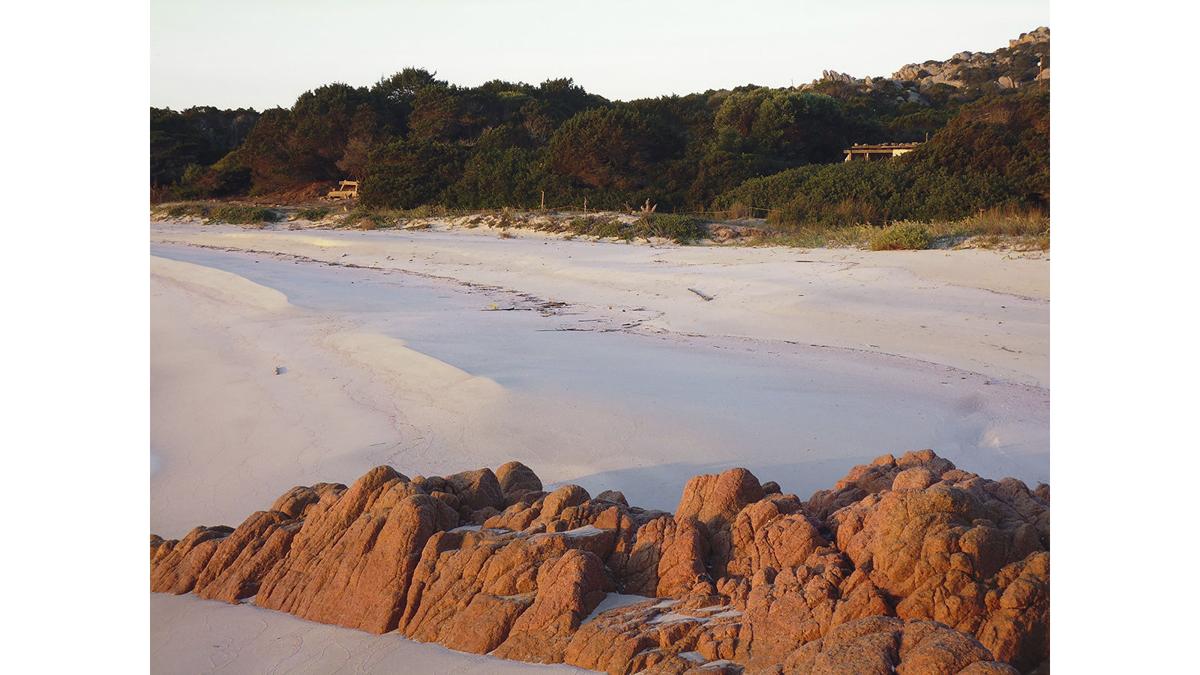 Occasional visits from daytrippers have ceased since the virus outbreak.