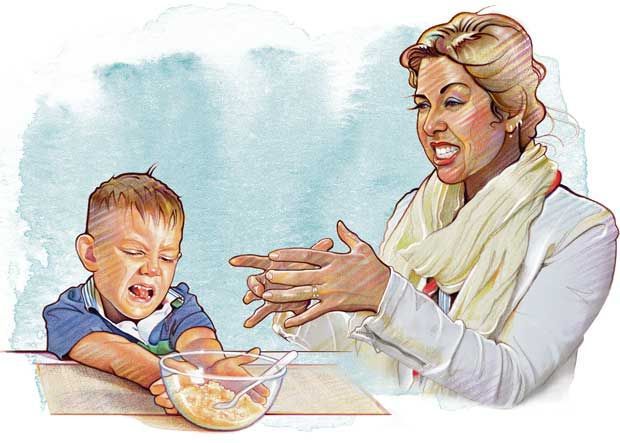 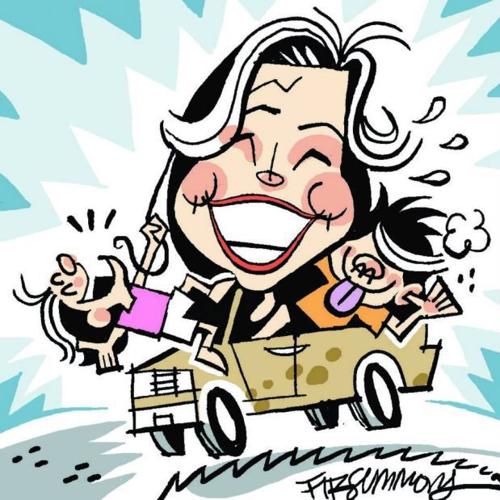 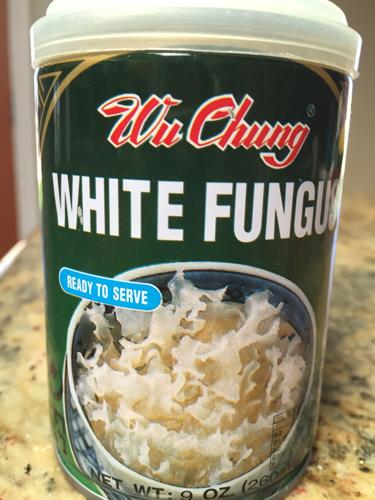 Keeping a can of expired white fungus around ensures your kids won’t complain about their dinner.

Warning: This may be hazardous to your appetite.

Reader (and eater) discretion is advised. So, push aside that bowl of Oops! All Berries and save it for later.

Now this is the kind of warning my family wishes I’d give at meal time before I launch into a not-quite-appropriate-during-food-consumption story. But ya know what, they live with me. They know to expect stories like this, of my dad’s knee replacement surgery:

“Guess what, guys? Papa’s new knee is made of titanium and plastic. I asked him if he got to keep his old one and he was bummed because he forgot to ask if he could have it. He wanted to give the old knee cap to the dog.”

The kids looked horrified. Joe pushed his plate away and looked at me. “Ugh. Really?”

“Moooom! Do you have to talk about that now?”

Whaaaat? Why not now?

So sensitive. They also didn’t like it when I shared a little statistic that I’d learned from Stephen Colbert that hot dogs contain 2 percent human DNA. Because I work in the news and information industry, I proceeded to wonder aloud if that rogue DNA was from something benign — like a bit of fingernail — or maybe actual body parts caught in machinery. This did not sit well with them either. Honestly, it’s not like hot dogs even count as food. Unless they’re wrapped in bacon.

Growing up, such talk would absolutely pass for appropriate suppertime banter. No one would even bat a fork. Once as a kid, I dined at a Chinese restaurant in San Francisco with my extended family and when the main entree — chicken — came out, the head was right there on the plate.

Aunt No. 3 yelled, “Does it still have the brains? The brains are the best part!”

She was not kidding.

This was mealtime. I’m half Filipino, so I grew up looking a fair amount of my meals right in the eye. To totally steal a line from Mike Meyers in “So I Married An Axe Murderer”: Some of my mother’s native cuisine seems to be based on a dare.

A regular fixture on our family table, which my father politely requested be on the opposite end from him, was bagoong, a fermented (I had you at fermented, didn’t I?) unnaturally pink, shrimp sludge that smelled kinda rough but tasted salty and delicious.

In the spirit of bagoong, I keep a can of white fungus that’s now six or maybe nine years past its prime on the pantry shelf as a not-so-thinly-veiled threat to my kids that yes, dinner could actually be worse than what is on the table. Ewwww. Even I have to admit, that’s gross.

Contact Kristen Cook at kcook@tucson.com or 573-4194. On Twitter:@kcookski. Cook thinks her kids might be watching too many Marvel/Avengers/superhero shows because No. 2 is regularly wearing an entirely different outfit beneath her school uniform.

Jump-starting a car has its positives, negatives

A new driver means mom to the rescue — sort of.

It's always win-win when Dad cooks

Ties are nice, but a nice column is an even better gift.

No joke, the kids want socks for Christmas

The kids, oddly, are asking for socks for Christmas.

Bob Hardaway is king of the nonagenarians at his Tucson fitness club.

A Tucson's tour of RavenHearse Manor.

Take a virtual tour of the local nonprofit Youth On Their Own's new resale shop dedicated to home goods. By Kristen Cook.

Playing video games takes some serious skills — that I don't have.

42% of people would never paint their walls these colors

Looking for a high-end Halloween costume? Check out these websites

Looking for a high-end Halloween costume? Check out these websites

New study: Lack of sleep may harm your immune system

New study: Lack of sleep may harm your immune system

Keeping a can of expired white fungus around ensures your kids won’t complain about their dinner.