In many ways, Siggi was born an average puppy: sweet, cheerful and extremely playful.

But the spotted rat terrier was also quite unusual. Due to a birth defect, her front paws were upside down.

A team at Oklahoma State University's College of Veterinary Medicine was able to give Siggi a chance at a normal life after performing corrective surgery to bring the paws into the proper downward position.

The university's Veterinary Teaching Hospital (VTH) had performed the surgery only once before, the university said in a press release on Aug. 31. The first dog, a Coonhound named Milo, underwent successful corrective surgery in 2019.

"As with Milo, Siggi's problem looked like it was in the paws, but it was actually in her elbows," VTH animal surgeon Dr. Erik Clary said in the release. "For reasons not fully understood, these patients' elbows come out of joint early in life and the result is severe rotation of the lower front limbs and an inability to walk. At most, they might muster a crawl that seems most uncomfortable and is poorly suited for a dog's life."

Siggi underwent a more complicated surgery than Milo because a CT exam showed "significant" deformity in the bones in the lower elbow, according to Clary.

"The CT helped us plan a more complex procedure that would require an intentional break high up in her ulna bone to de-rotate the limb," Clary said.

On May 12, Siggi received the life-changing treatment, after which the elbows were placed in splints and an orthopedic fixator device while the bones healed.

Weeks later, Siggi's bones were strong enough for rehabilitation and to begin learning how to walk again.

Clary said Siggi "proved a fairly quick learner... doing many things that puppies like to do, including chasing a ball in the yard."

"Siggi found care and came to OSU's VTH because Milo's story was shared beyond our walls," Clary said. "Milo has brought much joy to many people and I expect the same will be true of Siggi."

Dog days of travel: 6 accessories for a trip with pups

Pack the travel bag with fun

Hit the road with enrichment toys and accessories that feed pup’s spirit while soothing his soul. SodaPup offers a collection of American-made, FDA-compliant items, including natural rubber chew toys that double as treat dispensers. The corn on the cob treat dispenser ($11.99) helps focus a dog’s energy, calms anxiety and provides a puzzle as he figures out how to get to the food inside.

For power chewers, the mod bone ($10.99) has small holes that can be filled with peanut butter or other soft foods and lets your dog go to town, chewing as aggressively as he likes while discouraging problem chewing. An enrichment mat ($11.99) featuring a fun jigsaw pattern can also be spread with a soft treat to entertain, reduce anxiety and promote fresh breath. sodapup.com

Each all-natural herbal remedy can be served on little Wellness Bite treats, made with wholesome ingredients and designed to absorb up to 20 drops of the tincture formulas. Each kit includes three 1-oz formula bottles and the Wellness Bites and comes in a hemp-gusseted zipper bag. animalessentials.com

Bring along PupShow’s orthopedic cuddler bed (from $54.95), a puffy, fluffy new favorite spot for him to snooze. Running from small to extra-extra-large, the beds are made from human-grade materials and designed to ease joint pain. These cuddle cups are also proven to ease anxiety, creating a sense of security that will have pups nodding off almost as soon as they make their nest – thanks to the construction of the bed’s center. It is made of multiple pieces a puppy can happily rearrange or dig into to find his most comfortable position. The bed has a protective and waterproof (and washable) foam cover (no zipper) with a non-skid, rubberized bottom. pup-show.com

Pups travel in comfort and style with Bark n Bag’s fashionable and eco-friendly CheckerBarc pet carrier ($80/small; $85/medium) in hand-loomed cotton canvas. Featuring locking zipperheads and ventilating mesh on two sides, the carrier has a machine-washable polar fleece liner, plus top and side entries and roomy pockets. It is a comfortable carry with padded handle wrap and shoulder strap. Bonus: it fits under most airline seats. barknbag.com

From Wolfgang Man & Beast’s aptly named GreatEscape collection are a collar, leash and comfort harness (from $19.99) featuring outdoor-themed patterns that inspire trotting off into the great unknown. These machine-washable dog accessories are designed to work together to give the human and the human’sBFF a sense of security while also giving Fido a style upgrade. wolfgangusa.com

A spa treatment in hand

Pamper your pooch with the award-winning HandsOn Gloves’ all-in-one shedding, bathing and grooming mitts ($24.99). Not only do these nylon gloves with their non-abrasive rubber nodules quickly clean up pup after a day at the park, beach or trails, but they also let you give him a gentle, relaxing rub-down. The gloves come in multiple sizes and wear comfortably, with scrubbing nodules on the palms and fingers and a secure hook-and-loop fastener. They stimulate circulation and distribute natural oils for a healthy skin and coat. handsongloves.com

Parents are concerned about their child's safety on the internet

How to prepare your home for fall

How to prepare your home for fall

Tips and tricks to upgrade a breakfast sandwich

Tips and tricks to upgrade a breakfast sandwich

Never leave these items in your car if it's cold outside

Never leave these items in your car if it's cold outside

Get a dose of adorable in your inbox

Receive local adoptable pets PLUS updates for pet lovers in your inbox every week!

My Pet World: Dog still scared a year after being rescued

Dear Cathy, My family and I adopted a dog, Oreo, that was rescued from a hoarding situation along with 100 other dogs. When we first got her, …

Heads up! To avoid danger, keep your dog’s head inside the car

Rare is the pooch who doesn’t love a road trip. For most dogs, the best part of the trip is sticking their fuzzy heads out the window to feel the breeze and smell all the great scents. In spite of how great it feels, allowing your pup to put his head out the window while you’re driving is actually very dangerous, for a variety of reasons.

These dog breeds have the lowest working and obedience intelligence.

4 steps for a healthy, successful switching of dog food

When you switch dog food, it’s important to do so carefully. Here are four tips on how to healthily switch out your dog’s food.

Should he stay or should he go? Deciding whether to take your pooch along on your road trip

Your dog is family, so it's only natural to want to enjoy his company all the time, and take him along everywhere possible. However, the decision to travel with a pet - particularly on an extended road trip - is one that requires a good deal of consideration. There are several questions you should ask yourself before loading Rover up in the car, and all of them involve ensuring your pet's ultimate comfort and well-being.

My Pet World: Traveling cat may associate "grandma" with trip

A traveling kitty is suddenly afraid of "grandma." 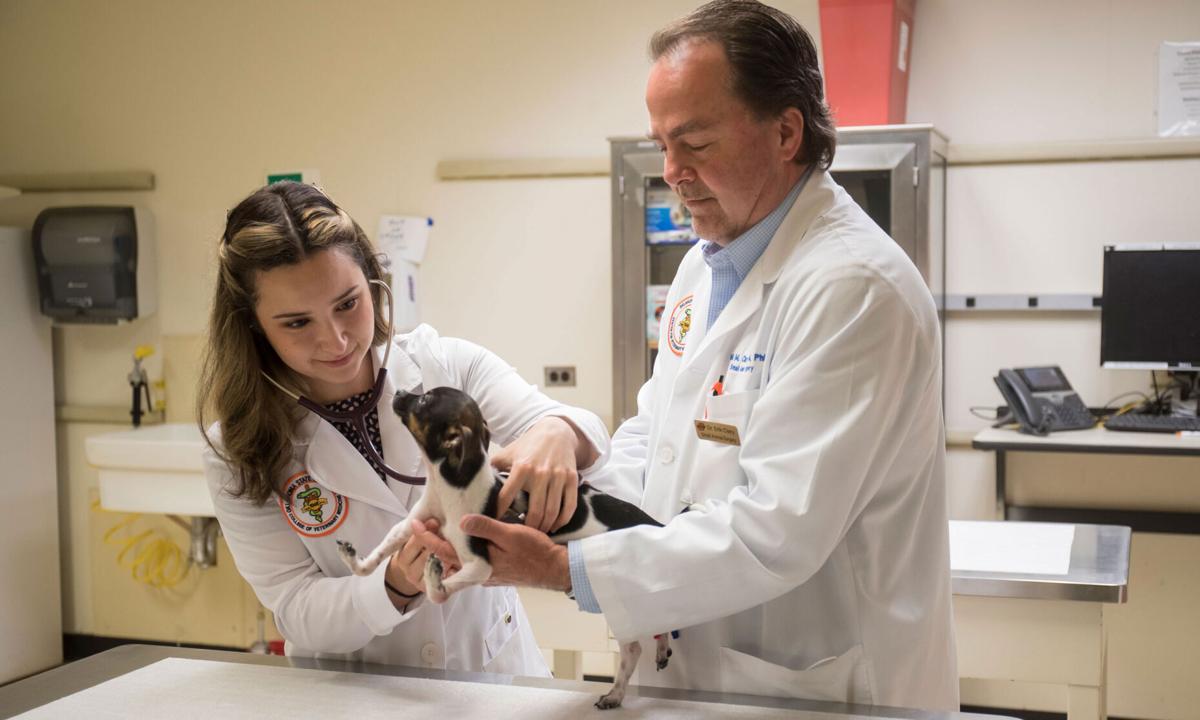 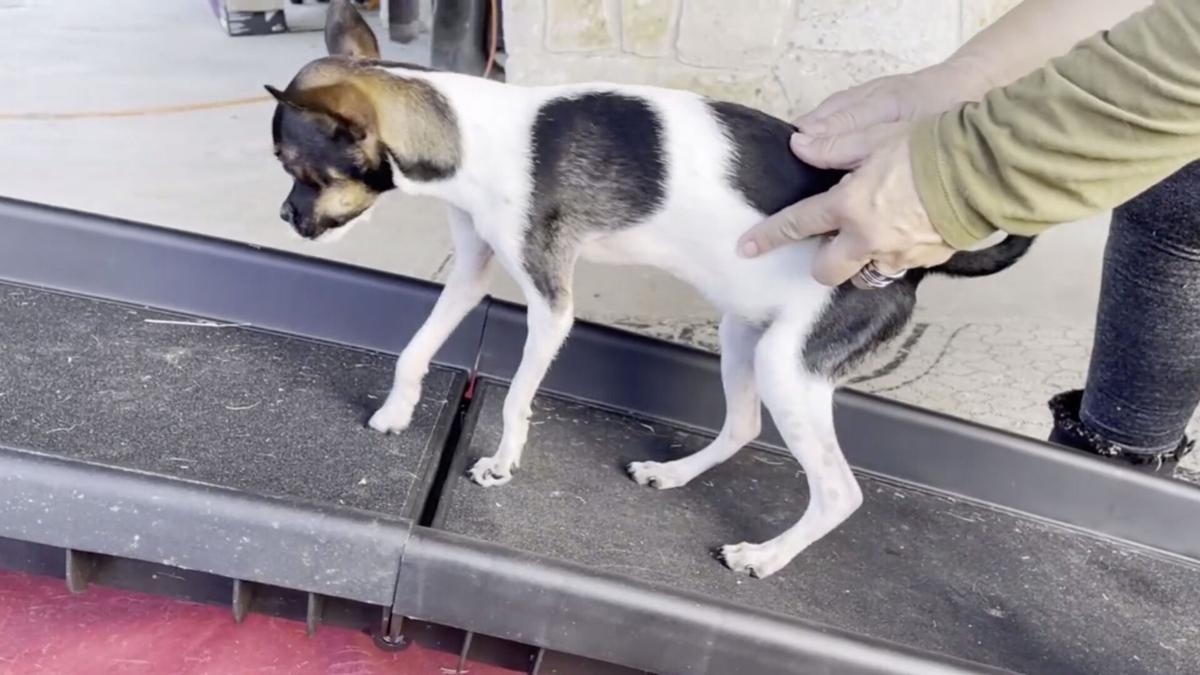