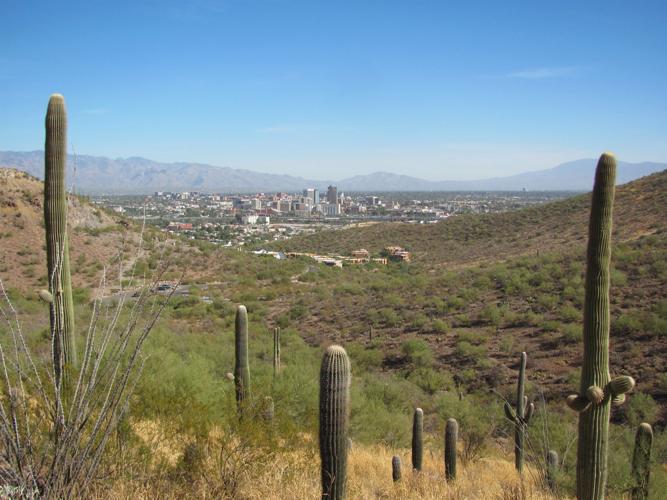 A view from the Gilbert Escandón Jiménez Trail toward downtown Tucson. 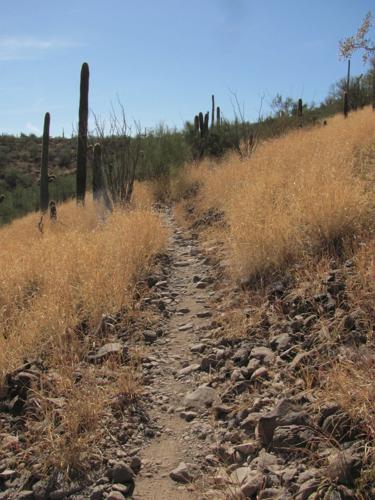 A view of the Jimenez Trail on “A” Mountain. 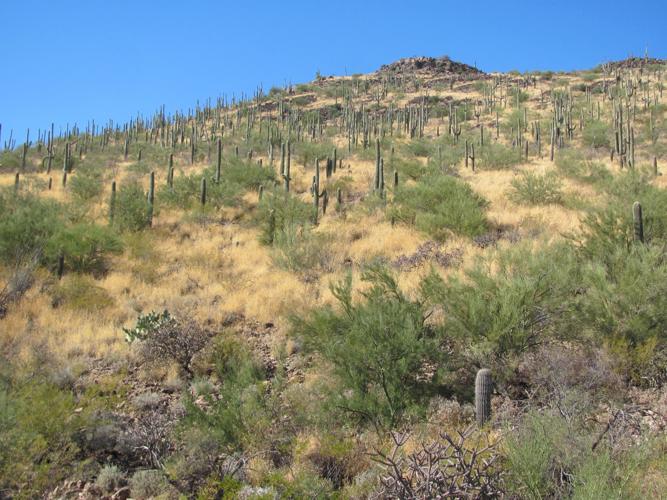 A view from the Jimenez Trail toward Tumamoc Hill. 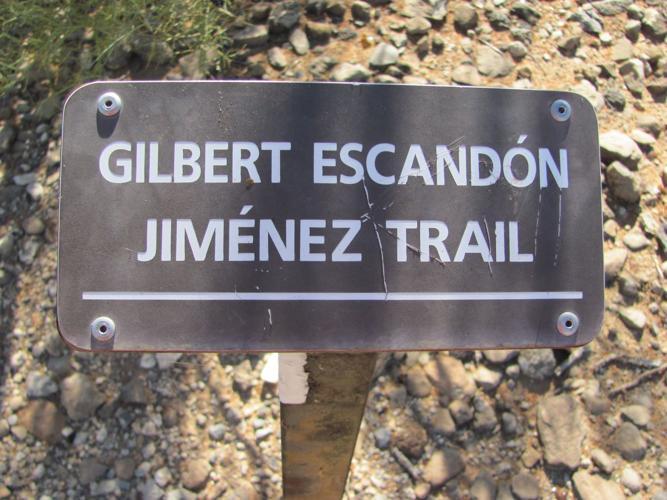 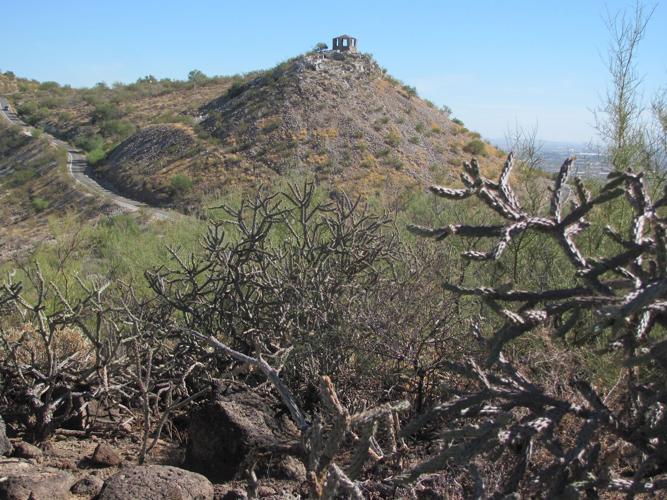 A view from the Jimenez Trail toward a stone shelter on “A” Mountain.

Tucsonans typically think of “A” Mountain as a place for a scenic drive rather than a hike — but the Gilbert Escandón Jiménez trail could change your mind.

The route winds through classic Sonoran Desert terrain and serves up grand views of nearby Tumamoc Hill, the downtown skyline and an old stone shelter high on the mountain, which is also known as Sentinel Peak.

Formerly known as the Sentinel Ridge Trail, the rocky path was renamed in 2012 for Jiménez, who hiked on the little peak and helped maintain its trails for more than 70 years.

The trail begins at a lower parking lot along the road leading up the 2,897-foot peak. From that starting point, it climbs along hillsides to a ridge and then ends at an upper section of the road. A round-trip trek is roughly 2.5 miles, but the trail doesn’t take hikers to the top of the peak.

Some hikers follow the trail to its upper end and then continue along the side of the road to the summit of “A” Mountain, which has had that alternate name since 1915 when University of Arizona students began construction of a huge “A” on the peak.

GET TO THE TRAILHEAD

Follow West Congress Street west of Grande Avenue and turn left onto Cuesta Avenue. Follow Cuesta as it becomes the road leading up “A” Mountain. The trailhead is along the road at the first parking lot on the right.

Find an easygoing hike and autumnal beauty on the Molino Basin Trail.

Permits are available for collecting firewood in the Catalinas

You can collect firewood in the Catalina Mountains with a permit.

It's "urban autumn" — with the first fall colors along Tucson watercourses

Territorial Cup: Best memes to get you ready for Arizona-ASU

The Territorial Cup is the oldest rivalry trophy in college football and currently resides in Tucson, but the Arizona State Sun Devils look to…

Greg Hansen: This holiday, be thankful you're not Arizona State's football coach

If Todd Graham coaches Arizona State to a Territorial Cup victory over Arizona on Saturday, he’s apt to be selected the Pac-12 Coach of the Year, or no worse than runner-up. But if he loses, he’ll probably be fired.

Can one game mean that much?

Volunteers are needed for the Christmas Bird Count at Saguaro National Park.

Popular Sabino Creek is bone-dry after months with no rain

Lack of rainfall has left Sabino Creek dry since mid-September.

A wildfire decimated the population of the endangered Mount Graham red squirrel.

This spring's Tucson-area wildflower bloom could be a bust

Lack of autumn rains could put a damper on spring's wildflower season.

Are you dealing with post-pandemic cooking burnout?

Three ways to help your kids deal with bullying

Three ways to help your kids deal with bullying

How to cope with 'empty nest syndrome'

How to cope with 'empty nest syndrome'

Four plants that will help keep bugs and mosquitoes away

Four plants that will help keep bugs and mosquitoes away

A view from the Gilbert Escandón Jiménez Trail toward downtown Tucson.

A view of the Jimenez Trail on “A” Mountain.

A view from the Jimenez Trail toward Tumamoc Hill.

A view from the Jimenez Trail toward a stone shelter on “A” Mountain.