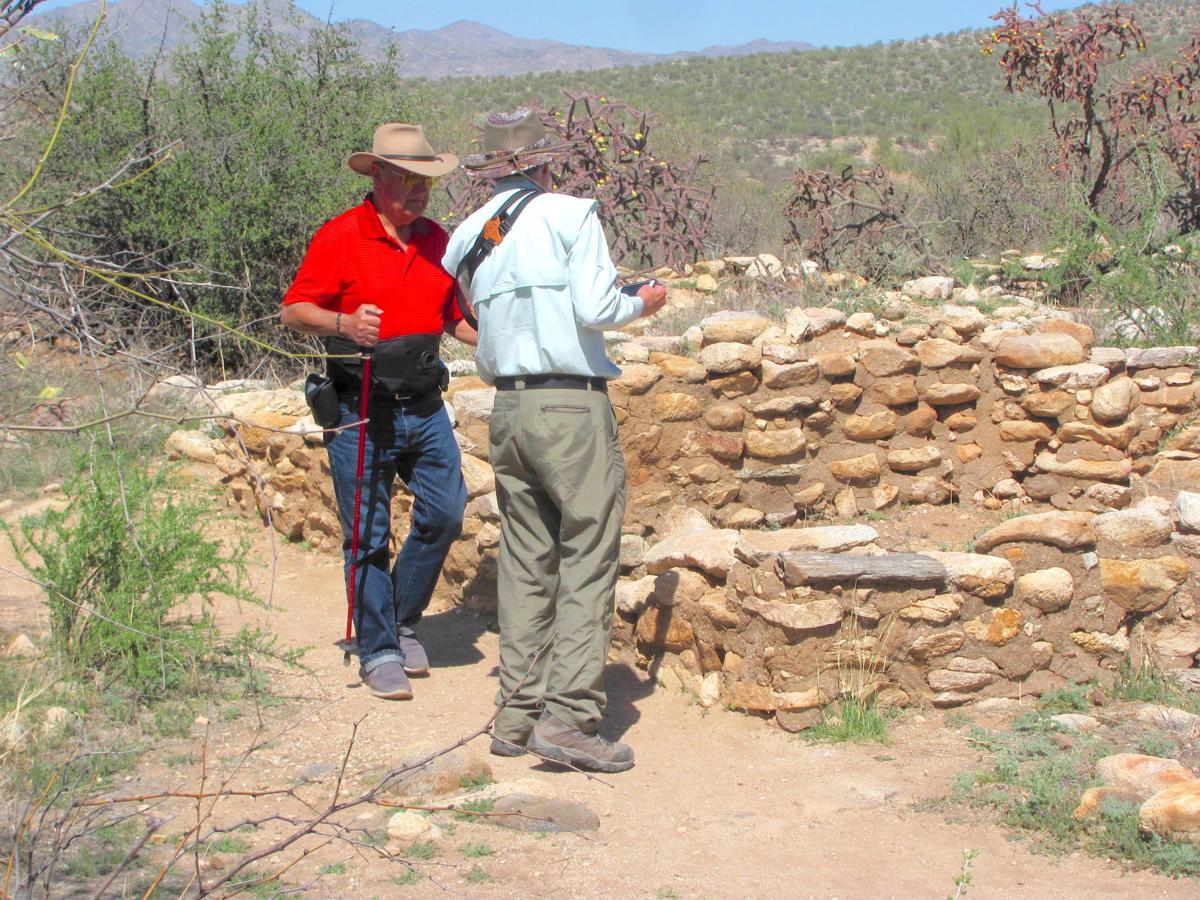 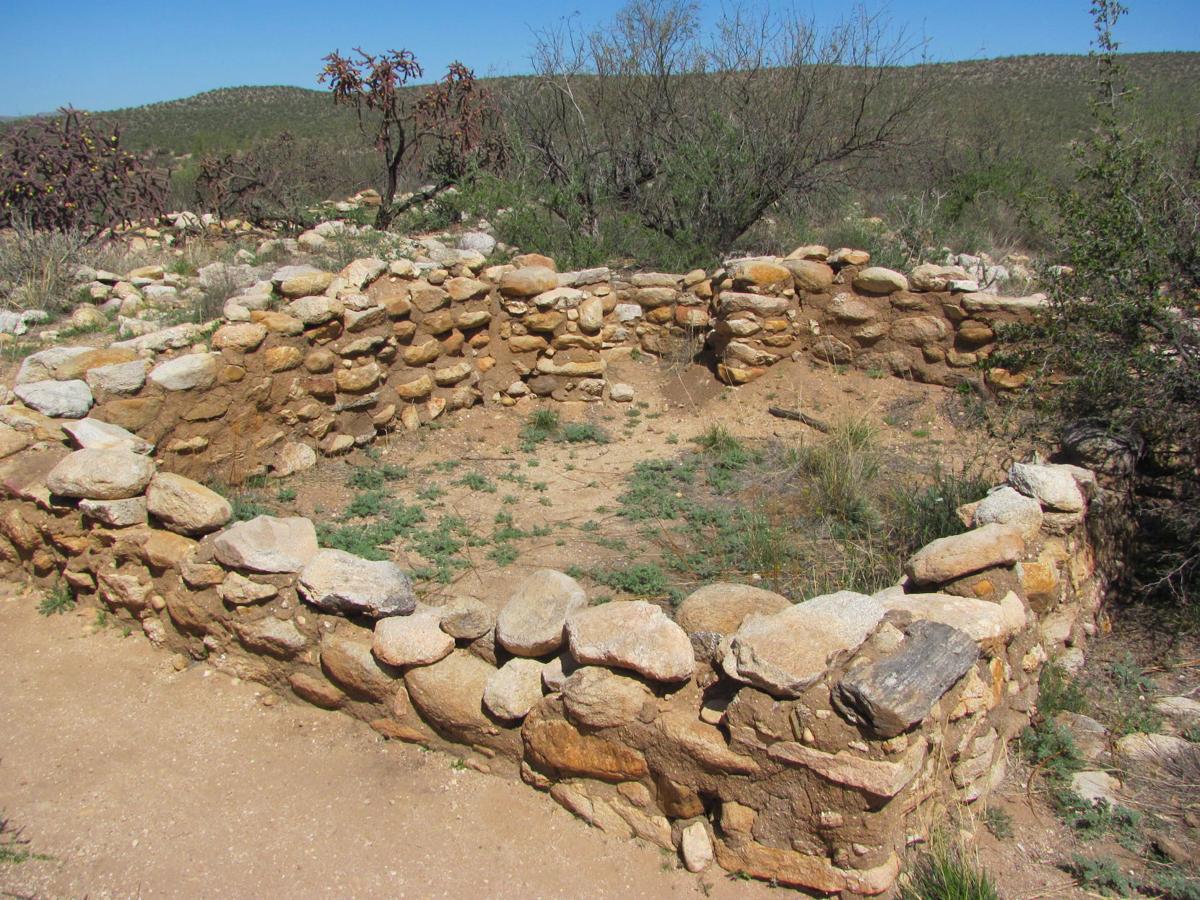 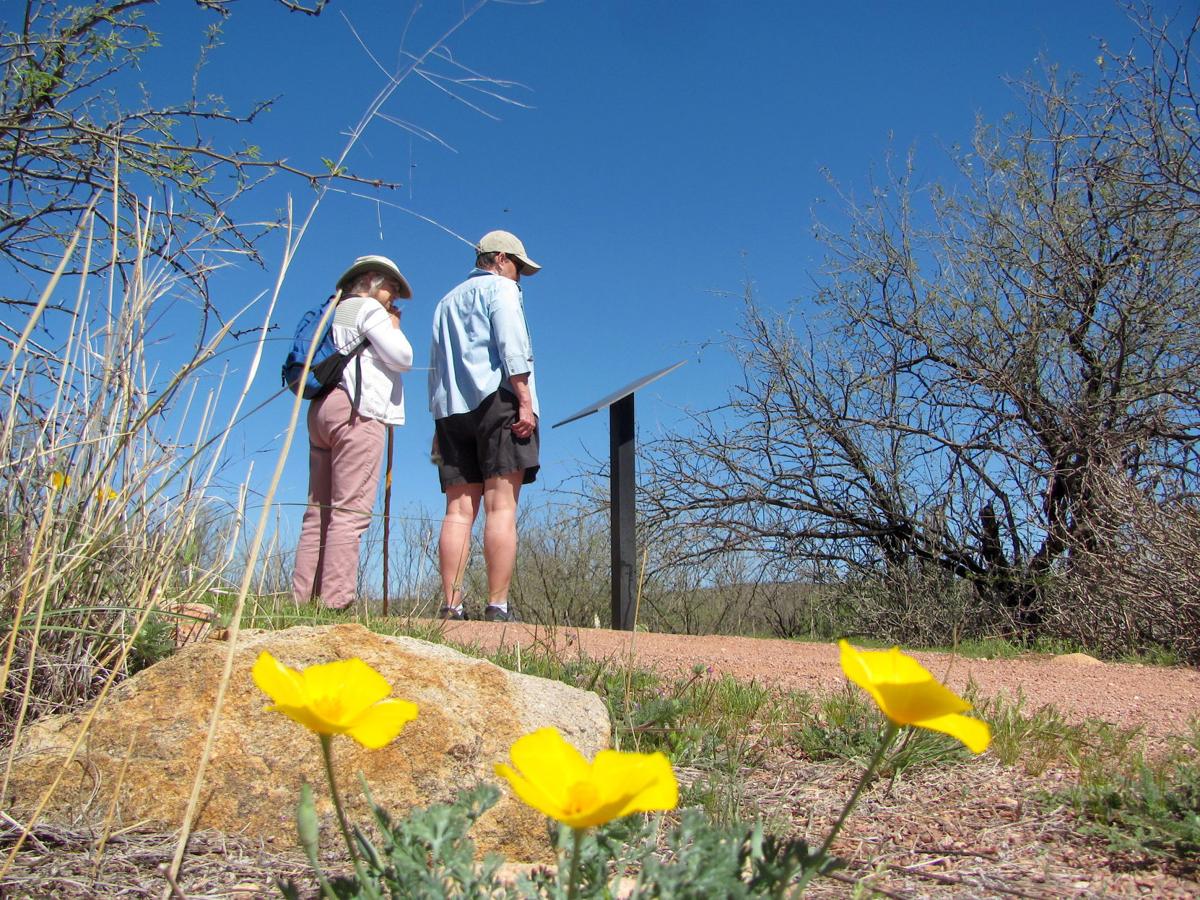 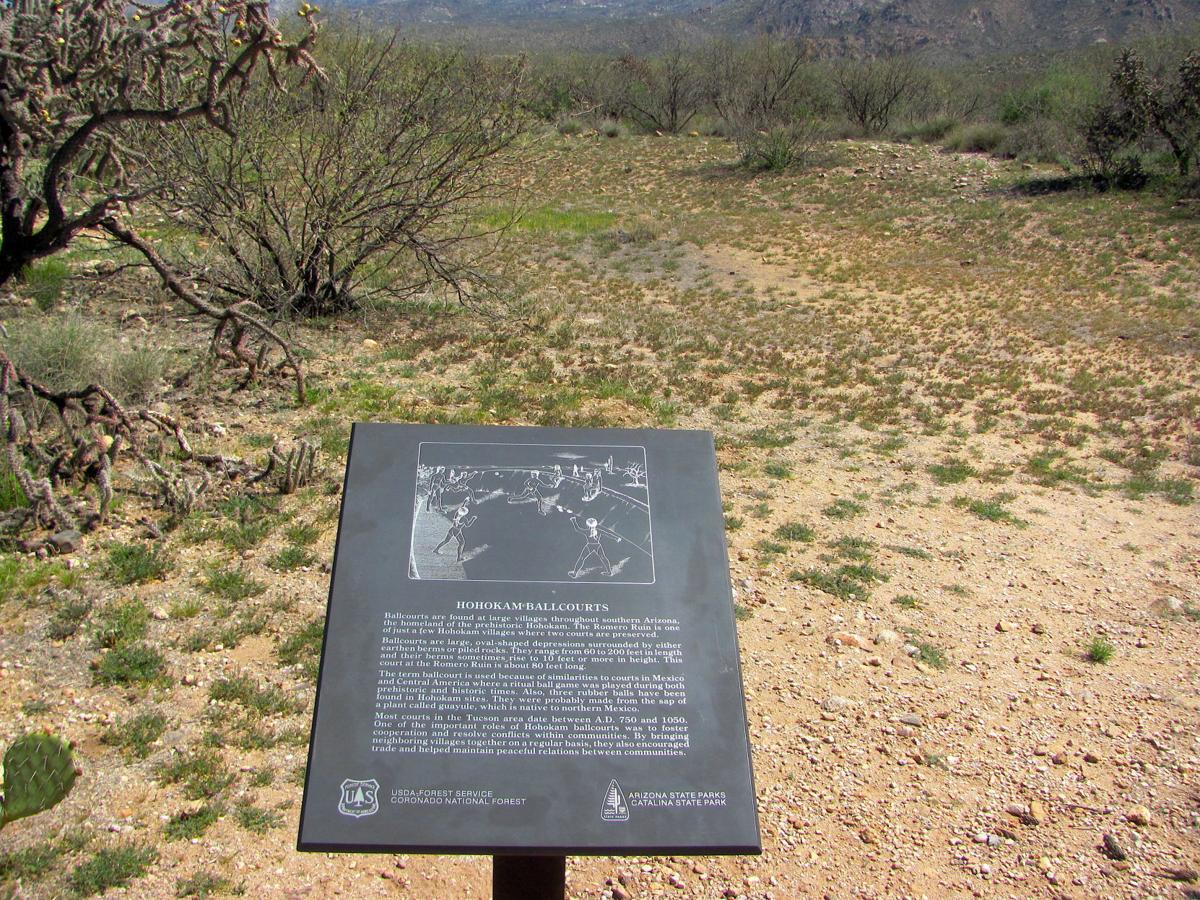 The site of a prehistoric Indian village — dating to A.D. 500 — and the historic ruins of a rancher’s mid-1800s dwelling are preserved along the Romero Ruin Trail at Catalina State Park.

“It’s a very special place,” said Jack McCabe, assistant manager of the park north of Tucson. “The significance of this location for the Hohokam people, who lived here for a thousand-year period, is remarkable.”

Hohokam is the name used today for prehistoric Indian people in what is now Southern Arizona.

McCabe, who leads occasional tours on the three-quarter-mile loop trail, said the ruins of rancher Francisco Romero’s home add another, more recent, dimension to the site.

“When Romero was here, Apaches called this part of their hunting range,” he said. “They came through and tried to take his cattle. He spent just a dozen years or so out here” before moving to the Tucson area.

The trail, beginning at a signed trailhead along the park’s main road, winds through classic Sonoran Desert terrain abloom with spring wildflowers. Hikers cross a sandy wash and make a short uphill climb to the start of the interpretive trail, which has information panels describing prehistoric and historic sites along the way.

Don’t expect grandiose ancient ruins like those you would find at Mesa Verde National Park in Colorado or Navajo National Monument in Northern Arizona. There are few visible remains of the ancient Hohokam today along the Romero Ruin Trail.

That’s because the Hohokam were desert people who built on hilltops rather than cliffs, and their stone-walled houses have mostly crumbled to rubble over the centuries.

But professional archaeologists have found evidence of “pithouse” dwellings and a prehistoric walled village at the site, and the information panels provide depictions of life all those centuries ago.

One panel describes the simple pithouses: “The houses were built within a large, flat-bottomed pit. They consisted of a pole and brush frame that was covered with mud to make it weatherproof.”

But, the information panel notes, “No surface traces of these pithouses remain, because they were constructed of perishable material that has decayed with the passage of many centuries.”

The pithouse village was occupied from roughly A.D. 500 to 1150. Sometime after 1150, the Hohokam residents constructed a large enclosing wall of earth and rock, parts of which have been found during archaeological excavations. Their occupation of the site might have continued for perhaps another 300 years.

McCabe said archaeologists estimate that 200 to 300 people lived in the area at any one time.

“Why did so many live here and not somewhere else? What made this place so special?” McCabe said. “My personal belief is that this was a religious or cultural center of the Hohokam population.”

“The ruins of Francisco Romero’s ranch are the youngest archaeological remains at Romero Ruin,” says an information panel. “The ranch may have been built before 1850. It was a lonely 12 miles from Tucson and endured many Apache raids.

“Remnants of cobble walls from four or more structures are clearly visible today.”

Watch for gold poppies and other wildflowers along the park road and trail.

And Steven Haas, manager of Catalina State Park, notes that a very large saguaro stands out along the trail.

“One of my most favorite saguaro cacti is on the trail for awesome picture-taking opportunities,” Haas said.