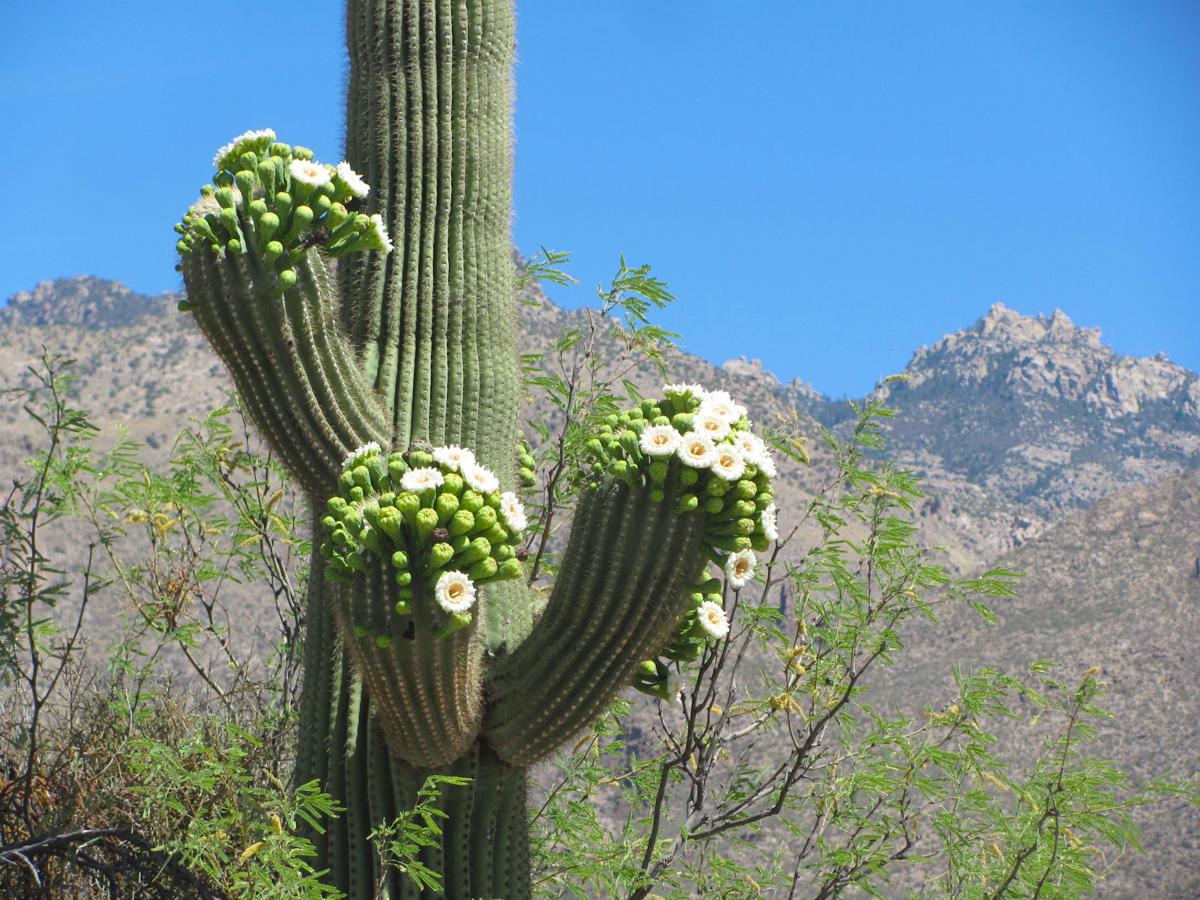 A blooming saguaro in Sabino Canyon with a ridge of the Catalina Mountains in the background. 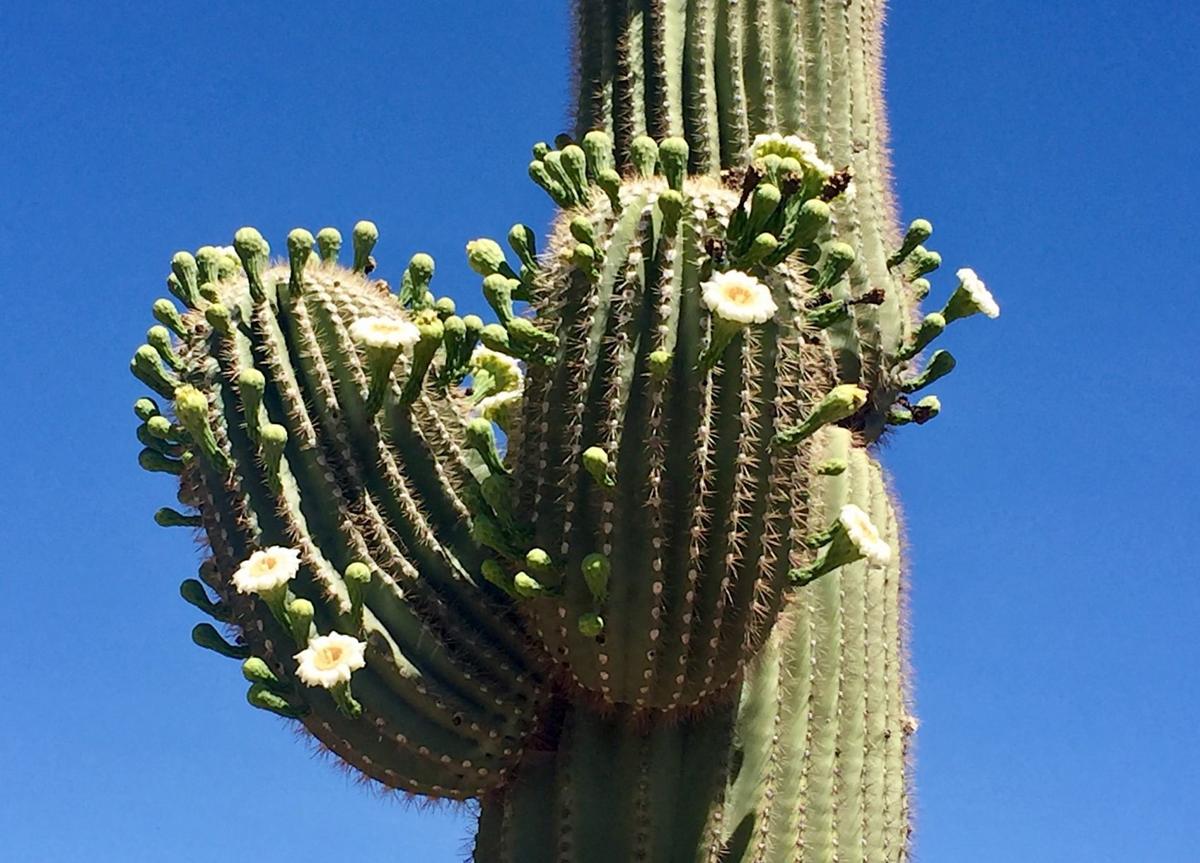 A blooming saguaro in Sabino Canyon with more buds waiting to open.

Sabino Canyon is abloom with what might be called a barrage of saguaro blossoms this month.

Some large saguaros in the canyon have had more than two dozen blooms open at a time, with many more buds promising flowers for later.

“This is just amazing — so many blooms!” said Jodi Davis, a visitor from Champaign, Ill., who took photo after photo of flowering saguaros along the canyon’s Bajada Loop Nature Trail.

Cactus experts say the intensity and timing of saguaro blooms can vary around the Tucson area depending on factors such as elevation, temperature and whether an area has mainly a southern or northern exposure.

“Even within the Tucson basin watershed, we can see a week to 10 days difference in bloom peak from the lower, warmer Tucson Mountains to slightly cooler and higher Pusch Ridge (in the Catalina Mountains) and the foothills of the Rincon Mountains” east of Tucson, said John Wiens of the botany department at the Arizona-Sonora Desert Museum west of Tucson.

“We seem to be seeing a nice, but fairly typical bloom around the west side” of the Tucson Mountains, compared with the robust bloom in Sabino Canyon, Wiens said. “We’ve been keeping flowering records on saguaros around the Desert Museum since 1982. We’ve seen flowering start as early as the first week in April and as late as the second week in May. The length that the population around here is in bloom ranges from four weeks to eight weeks.”

Some flower watchers aren’t aware that an individual saguaro bloom lasts just one day, although a single saguaro can produce many buds and continue blooming for weeks.

After becoming powdered with sticky pollen as they feed on the flower’s nectar, they travel from flower to flower, transporting pollen and fertilizing as they go.

Visitors pay a day-use fee of $5 per vehicle.

Oracle State Park will get upgrades aimed at making the 4,000-acre park near an overnight destination.

Pima Prickly Park is a preserve of — yep — prickly plants

Photos: University of Arizona Class of 2018

Photos from the 2018 University of Arizona Commencement ceremony on May 11 at Arizona Stadium in Tucson. UA President Robert C. Robbins confer…

He went to Jared with a credit card belonging to someone else, Tucson police say

A man is wanted for spending more than $11,000 at the jewelry store in midtown Tucson.

The higher fees will provide additional funding for infrastructure and maintenance needs.

A blooming saguaro in Sabino Canyon with a ridge of the Catalina Mountains in the background.

A blooming saguaro in Sabino Canyon with more buds waiting to open.