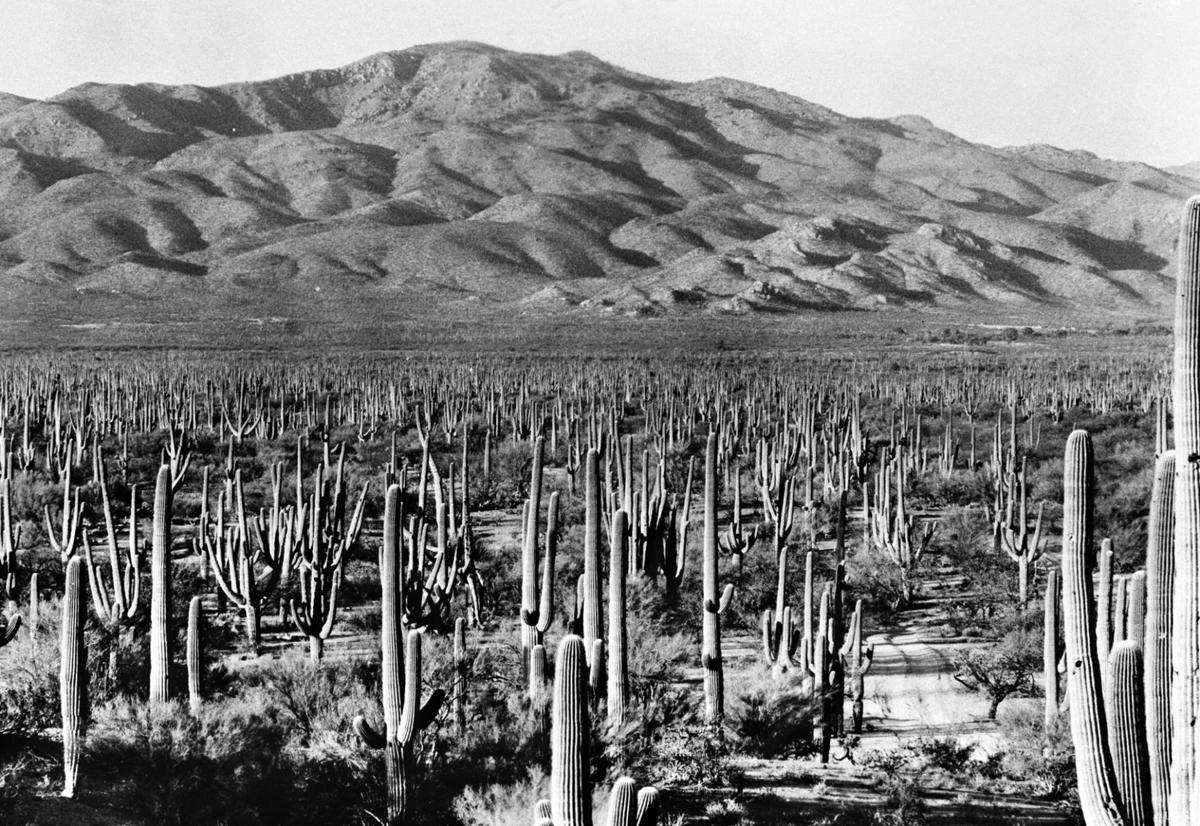 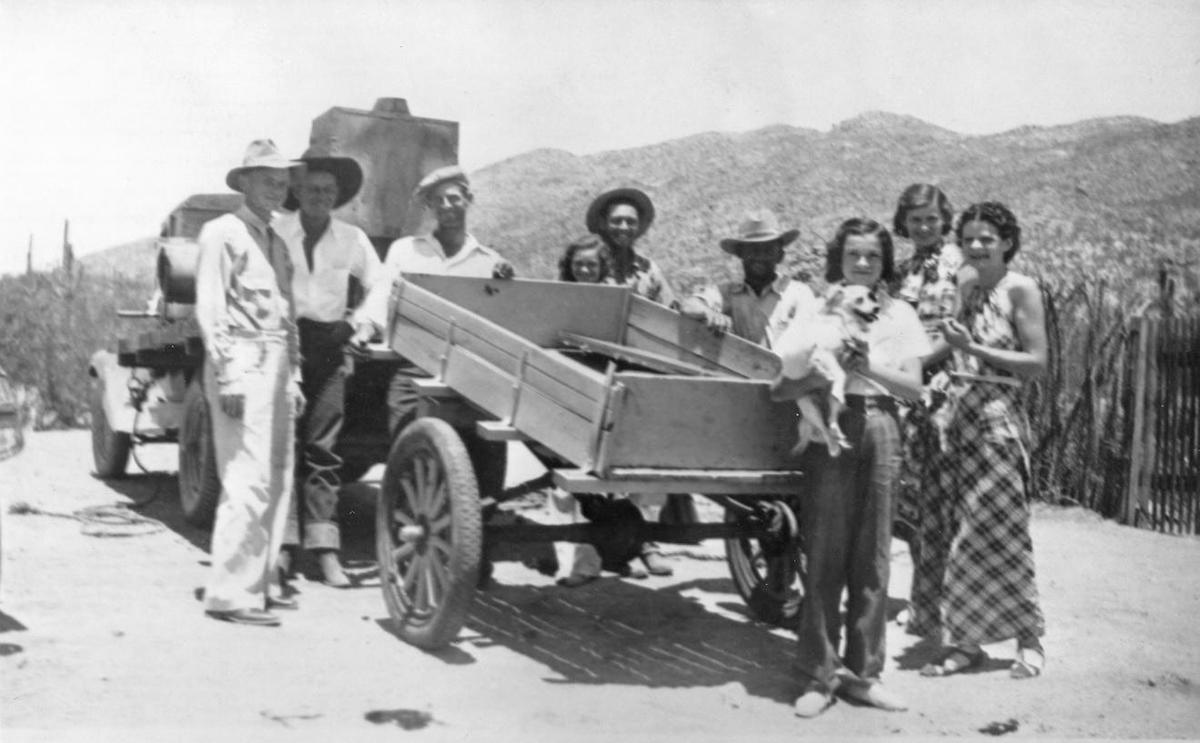 The Freeman family in Saguaro National Monument in 1936. 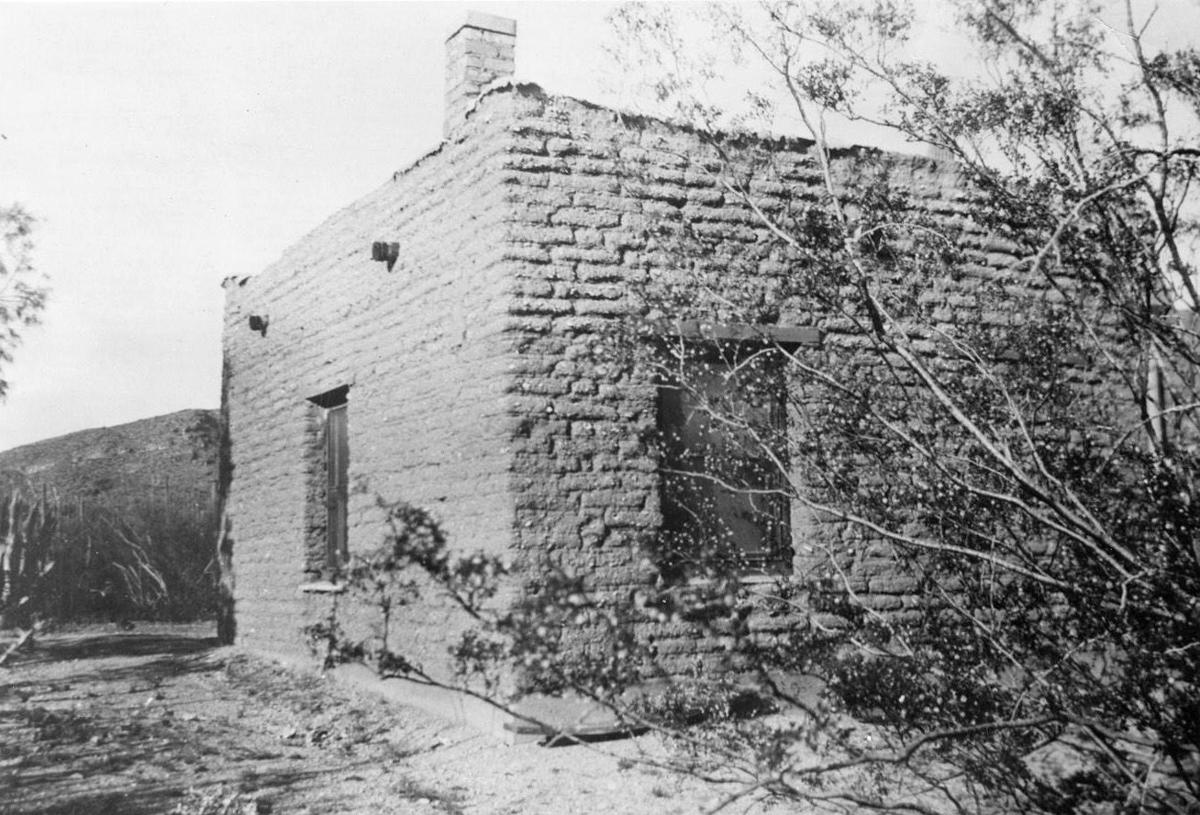 Imagine an era when you could plop down on an exquisite expanse of national-park-quality land and claim it — free of charge — as your own homestead.

More than 80 years ago, Safford Freeman and his family did just that, homesteading 640 acres of scenically splendid terrain that is now part of Saguaro National Park east of Tucson.

Their three-room adobe house has weathered away except for a mound of earth and some bits of exposed foundation.

But a walk on the mile-long Freeman Homestead Trail takes visitors not only past the homesite, but also to information panels that tell the story of the Freemans and their once-bustling little house on the desert.

“Safford Freeman and his family settled in this area in the early 1930s after applying for a patent under the Homestead Act,” says one of the information panels, which also includes a historic photo of the home. Another old photo shows members of the family.

“They were granted 640 acres to farm, graze, or mine,” the panel’s narrative continues. “Here Mr. Freeman constructed a three-room adobe home, along with several outbuildings and a well. The mound of dirt before you is what’s left of their home.”

The Freeman Homestead and other homesites were purchased by the National Park Service in the early 1950s to protect lands within Saguaro National Park.

History might be the centerpiece of the loop trail, but walking the route also reveals the big views that were part of the Freemans’ everyday life.

Grand stands of saguaros grace hillsides, and very old mesquite trees, some with gnarly exposed roots, stand out along a stretch of the trail that follows a sandy wash.

Prickly pear and cholla cacti and other native vegetation add to the desert spectacle.

Beyond the Freeman homesite, information panels provide a short course in the ecology of the area.

Get to the trailhead

After passing the park entrance station, turn right onto a road leading to a picnic area. Follow the road 1.2 miles to the right turnoff for the picnic area. Take the turnoff and proceed another quarter-mile to a parking lot at the trailhead.

There's only one way to food, hardware and toilet paper to the ranger station at Manning Camp atop Saguaro National Park in 2016: The old-fash…

The pond has dwindled from its normal six acres to about four.

The Freeman family in Saguaro National Monument in 1936.