PHOENIX — Calling its enactment “sneaky,” a veteran lawmaker wants to repeal a new $32-a-vehicle fee on every car, truck, motorcycle and trailer that is being used to balance the state budget.

Rep. Michelle Ugenti-Rita, R-Scottsdale, said it’s bad enough that her colleagues used an end-run around the Arizona Constitution to avoid having to get a two-thirds vote for the fee, designed to fund the state Highway Patrol.

But Ugenti-Rita said what added insult to injury is that lawmakers were told the fee would be in the $18-a-vehicle range, not 75 percent higher.

Any effort to repeal the fee — and the $185 million it raises from Arizona motorists — could get a fight from Gov. Doug Ducey, who built his $10.4-billion budget on it while insisting it did not violate his promise never to increase taxes.

Spokesman Patrick Ptak said the dollars are needed to free up cash for road construction and repair, “especially in rural areas of the state where resources are badly needed.”

“Any reforms to that fee should be responsible and keep these priorities in mind.”

It’s not just Ducey who is concerned.

Rep. Noel Campbell, R-Prescott, the architect of the fee, also agrees there is a need for the additional dollars for road construction and maintenance.

Part of that is because the $32 fee is levied when a vehicle is registered. So anyone who has a multi-year registration — up to five years — is exempt until renewal.

And then, the Highway Patrol budget ended up being larger than lawmakers were told.

Campbell wants to revamp the fee to make it fairer and lower it to the original $18 promise.

And if it can’t get that margin?

“Is that a justification to be tricky and circumvent the will of the people?” she responded.

That will of the people is a 1992 voter-approved constitutional amendment requiring a two-thirds vote for any new or increased tax or fee.

Unable to marshal that support, lawmakers instead empowered ADOT Director John Halikowski to compute the fee based on raising enough money to fund the Highway Patrol, with an extra 10 percent built in. And since it was Halikowski imposing the fee, the legislation to authorize him to do so required a simple majority vote.

Ugenti-Rita conceded that, strictly speaking, the maneuver is legal. The Arizona Supreme Court just last year upheld the legality of a similar mechanism to impose a fee on hospitals to pay for expansion of the state’s health-care program for the poor.

That reasoning, however, left her unimpressed.

“If the government’s justification is ‘Just because I can, I will,’ that’s a bad one,” she said.

“I don’t think the public appreciates that,” Ugenti-Rita said. “Just because you found a sneaky way around it is not a good enough justification.”

The reason for the Highway Patrol fee is even more complicated.

Another constitutional provision says that any dollars raised from the use of Arizona roads, mainly gasoline taxes and vehicle-registration fees, can be spent solely for those roads. But in prior efforts to balance the budget, lawmakers and governors have siphoned off those dollars to pay for at least part of the Highway Patrol based on the argument that the agency promotes highway safety.

What that did, however, is leave fewer dollars for needed road construction and repair.

The road-repair financial problem is complicated by the fact that the state’s 18-cent-a-gallon gasoline tax has not been raised since 1991. And while there are more vehicles on the road, they are more fuel-efficient, meaning motorists are buying fewer gallons of gas for every mile they travel.

Campbell figured that a separate fee to pay for the Highway Patrol would free up those gasoline taxes for what he said is their intended purpose.

The fee was approved 35-24 in the House and 17-13 in the Senate, margins big enough to authorize Halikowski to compute and impose a fee, but not enough for lawmakers to impose the fee themselves.

Even at the time, foes decried the plan.

Sen. Warren Petersen, R-Gilbert, called it “the worst kind of tax increase” because it was being done without any idea of the price tag for motorists.

“We’re going to tell an unelected bureaucrat to go ahead and raise these fees to whatever he wants to,” he complained.

Ptak also insisted that the forcing motorists to pay an additional $32 for each vehicle does not violate Ducey’s pledge not to hike taxes, saying that it technically is a “fee.” But he declined to say whether the governor believes the levy — whatever it is called — is fair or whether he would veto a repeal.

WASHINGTON  — Arguing heatedly in public with Democratic leaders, President Donald Trump threatened repeatedly on Tuesday to shut down the gov…

Where are Arizona's new residents living? Look to the far suburbs

The biggest bumps in population were in places like Queen Creek, Buckeye, Florence and Sahuarita, new figures show. 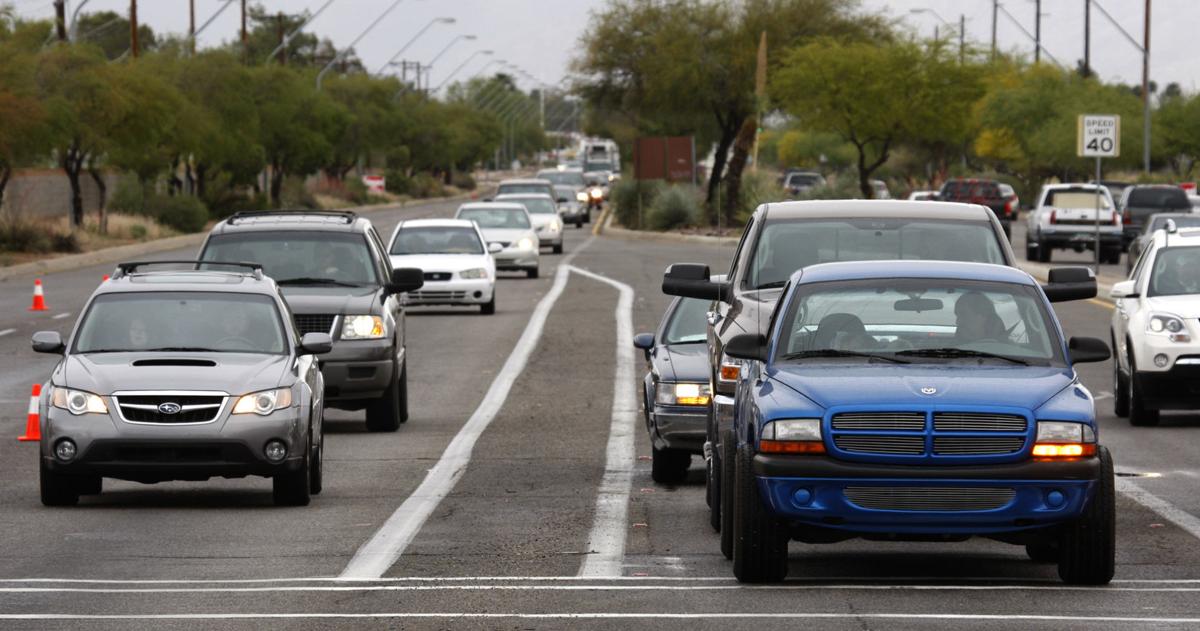 On Monday, the state Senate voted to repeal a new $32-per-vehicle fee sought by Gov. Doug Ducey, who wanted it to raise $185 million a year for the state Highway Patrol. 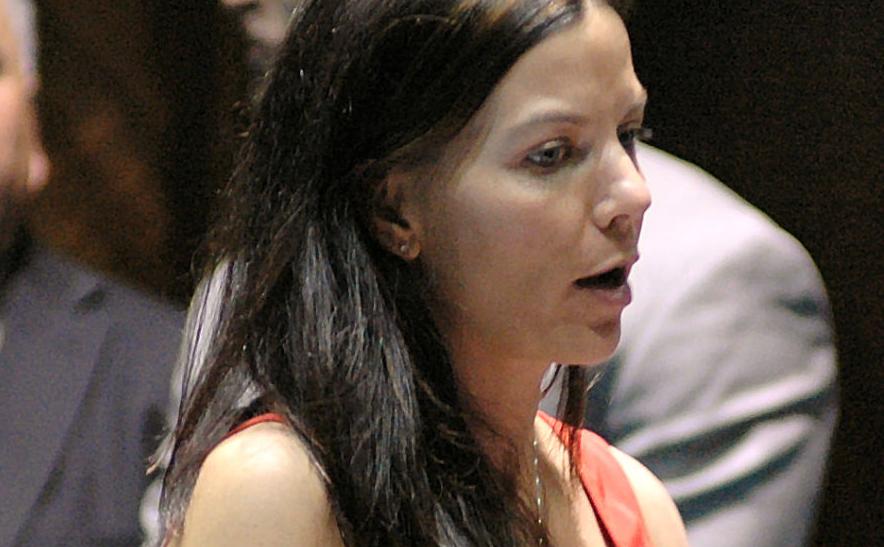 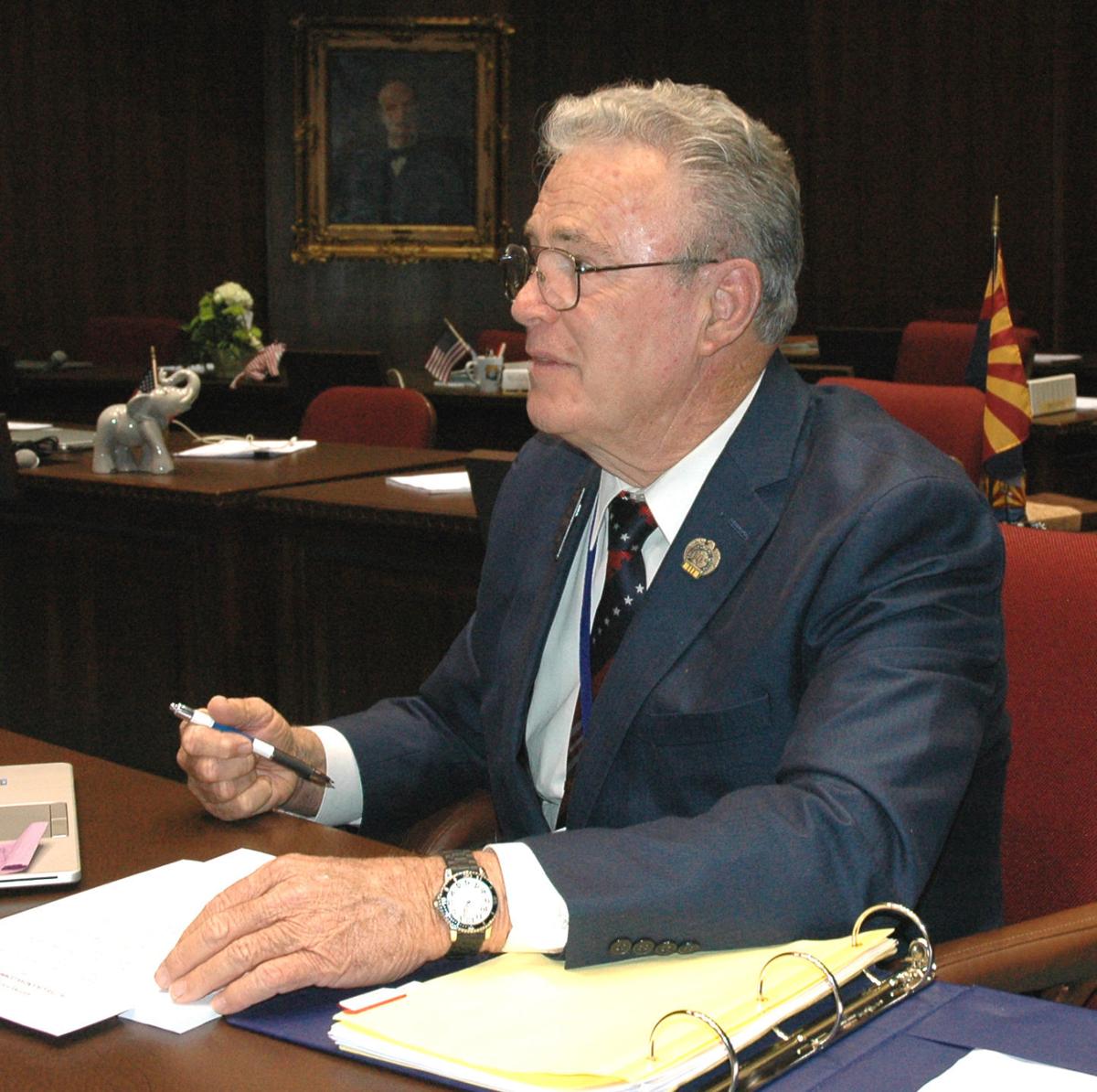