Doug Ducey's next stop? Not U.S. Senate, he says
Share this

PHOENIX — Arizona Republicans will have to have to look for someone new — with name recognition or access to cash — to run against Mark Kelly for U.S. Senate in 2022.

“The governor has said specifically he is not running for the United States Senate,” said C.J. Karamargin on Sunday for Gov. Doug Ducey.

Ducey met with Mitch McConnell, then Senate majority leader, when he was in Washington last week for the inauguration of President Biden. McConnell helped to raise money for Martha McSally’s bid to hang on to the U.S. Senate seat Ducey gave her in 2018. But Karamargin said the governor was chatting with McConnell about federal issues, including COVID-19.

Ducey, who will be only 58 when he leaves office, cannot legally seek a third term as governor.

Pollster Mike Noble of OH Predictive Insights said the governor’s decision creates a problem for Republicans in finding someone to run against Kelly.

And then there’s the money.

Kelly managed to raise nearly $100 million in his bid to finish the last two years of the term that originally belonged to John McCain, besting the $71 million that McSally put together even with McConnell’s help. And as an incumbent he may have even more advantage.

“I don’t know, outside of Ducey, who in the state that kind of is positioned with the ability to raise the type of funds needed for the U.S. Senate seat here,” Noble said.

And if not Ducey?

“It’s kind of a thin bench for the GOP,” Noble said.

Some elected Republicans with a high profile might see the race as an opportunity.

One is Attorney General Mark Brnovich.

Like Ducey, he cannot run for a third term in 2022. That makes him a potential choice not only for the Senate seat but for the open gubernatorial post.

On Sunday, Brnovich brushed aside questions of his political future.

“I’m too busy watching the Packers game, enjoying a beer and a brat with my wife’s family, to think about the Senate or anything else political,” he said.

Treasurer Kimberly Yee, the other statewide elected Republican, also could be a contender. In fact, she got more votes in 2018 than Brnovich.

Noble said that Kelli Ward, fresh off a narrow victory to retain her slot as chair of the Arizona Republican Party, also might see an opportunity even though she has waged two prior unsuccessful bids for the U.S. Senate.

Then there’s the state’s congressional delegation.

Andy Biggs and Paul Gosar both have cruised to easy victories in their GOP-dominated congressional districts. But both, like Ward, are firmly in the Trump wing of the party, which may pose a challlenge in a statewide race where they would need broad support.

More moderate is David Schweikert, whose background includes both time in the Arizona Legislature and as Maricopa County Treasurer. But Schweikert said he sees no reason to give up what may be a safe seat in the U.S. House.

“I’m probably an election cycle away from getting at least a subcommittee in Ways and Means,” he told Capitol Media Services.

That powerful committee is in charge of crafting tax legislation. And much of the detail is worked out at the subcommittee level.

“In the old days, people use to wait 25 years just to get one of those,” Schweikert said. “And it’s what I like doing.”

And there’s something else.

“My vanity is not out of control right now,” he quipped.

With money likely to be an issue in the 2022 race, Noble said the party might do well to look for someone with deep pockets or access to money through the business community.

One option, he said, is Karin Taylor Robson, appointed by Ducey to the Arizona Board of Regents in 2017.

An attorney experienced in issues of land use, development and zoning, Taylor Robson is the founder and president of Arizona Strategies, a land-use strategy firm’ based in Phoenix. She also chairs the Joe Foss Institute, a Scottsdale nonprofit that lists its values as promoting among students the values of freedom, patriotism, integrity, service and character.

Glenn Hamer, president of the Arizona Chamber of Commerce and Industry, said he’s not as convinced as Noble that fundraising will be such a big deal. He said that in the 2020 race, the vast majority of donations to both Kelly and McSally came from small donors throughout the county.

“So once there’s a nominee, the dollars are very likely to flow in, no matter who the candidate is,” Hamer said.

State Senate President Karen Fann, a Prescott Republican, said one of the problems with handicapping the race for U.S. Senate is that there will be lots of posts open for statewide office.

“So this is truly going to be one of those musical chairs elections,” she said. And new district lines will be drawn before the 2022 race.

“That’s going to put some of our legislators in positions of deciding whether they’re going to run for their new, redrawn district or do they have aspirations to do something else, move on to Congress or Senate or a statewide office,” Fann said.

One other potential option, said Noble, is former Congressman Matt Salmon. He made one other statewide bid in the past when he narrowly lost to Janet Napolitano in 2002.

And Debbie Lesko, the other Republican member of the congressional delegation, has strong support among business interests.

Arizona is only getting a third of the COVID vaccine doses it needs, health chief says

Arizona needs 300,000 more COVID-19 vaccine doses per week than it's getting now, said the state's director of health services. "The biggest hurdle is the amount of vaccine that is coming into the state,'' said Dr. Cara Christ.

Jim Kolbe, the former congressman representing the Tucson area, stopped by to talk about the political fallout on the Republican side of the i…

Gov. Doug Ducey is proposing $200 million in tax cuts for this coming budget year; Republican lawmakers would like an additional $250 million.

Just 17% of Arizona Democrats surveyed said they have no intention of getting inoculated versus 29% of Republicans.

Arizona Gov. Ducey hopeful about GOP's future, says it will be helped by Democrat Biden

Arizona Republicans lost the last two U.S. Senate races, among numerous other setbacks. But Republican Gov. Doug Ducey says he's counting on the Biden presidency to turn around the GOP's fortunes in 2022 and beyond.

Kimberly Yee's video announcement twice mentioned her loyalty to Donald Trump and his border and economic policies, and lashed out at "socialist policies."

Says she is "committed to do whatever it takes to defend Arizona from the radical left.''

Matt Salmon, who came within 11,819 votes of becoming governor nearly two decades ago, is making another bid for the office. 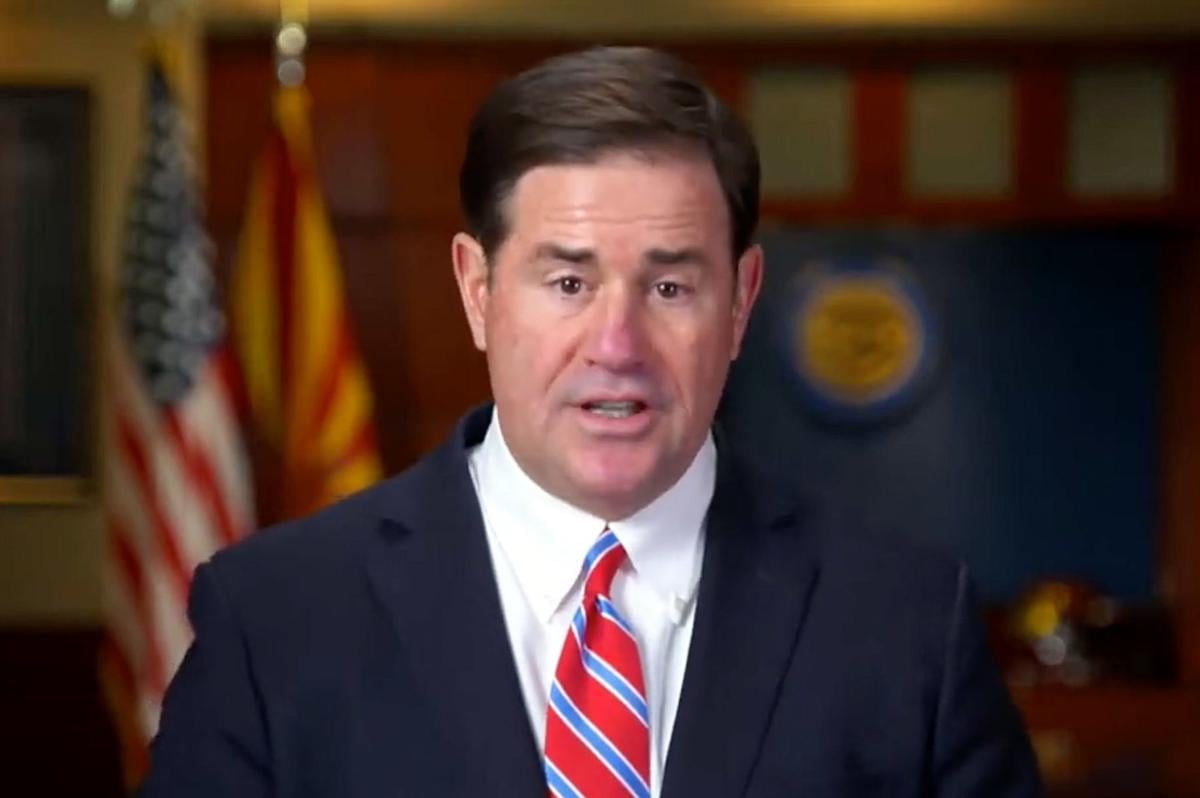 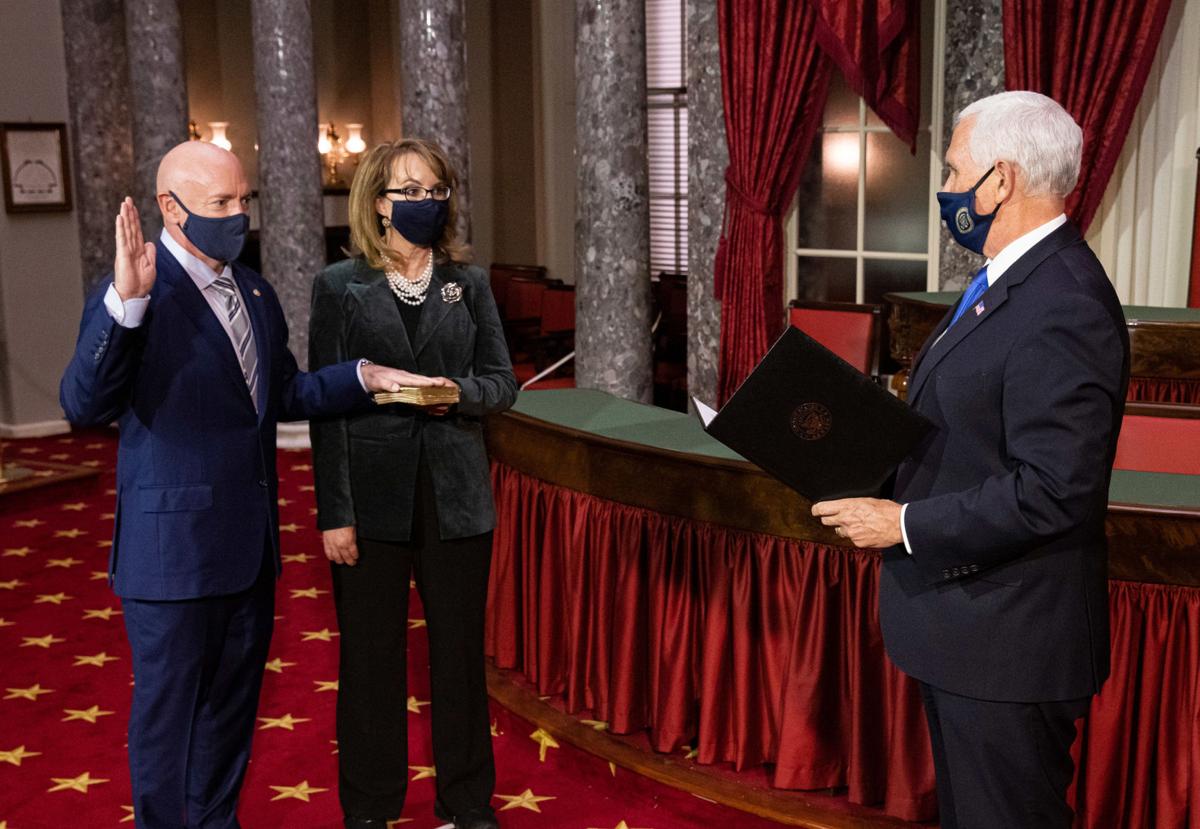