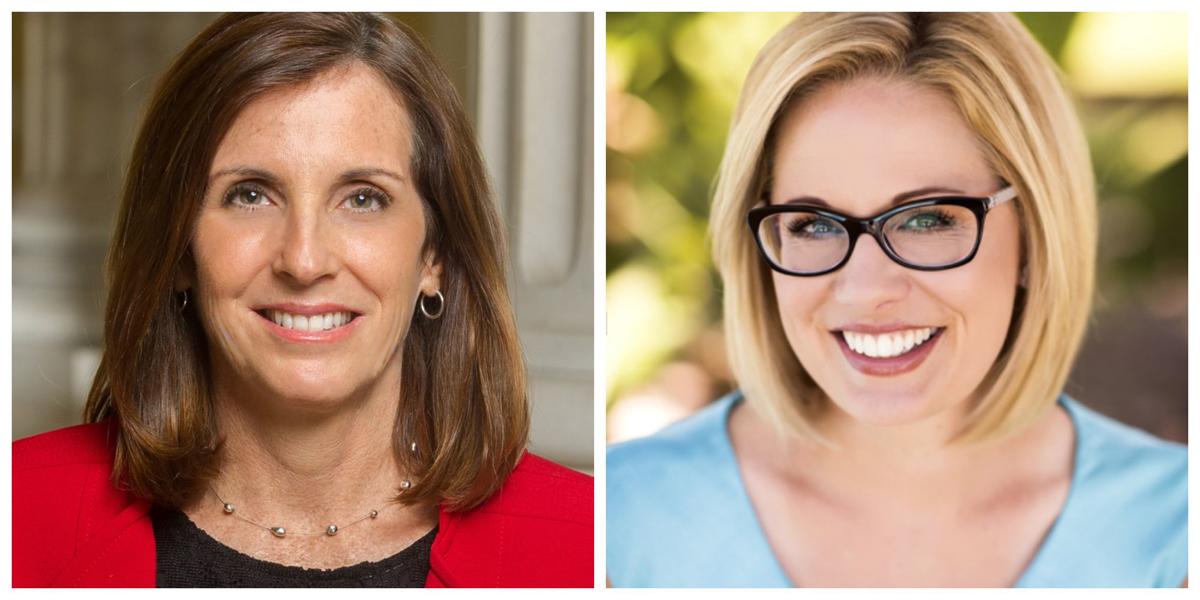 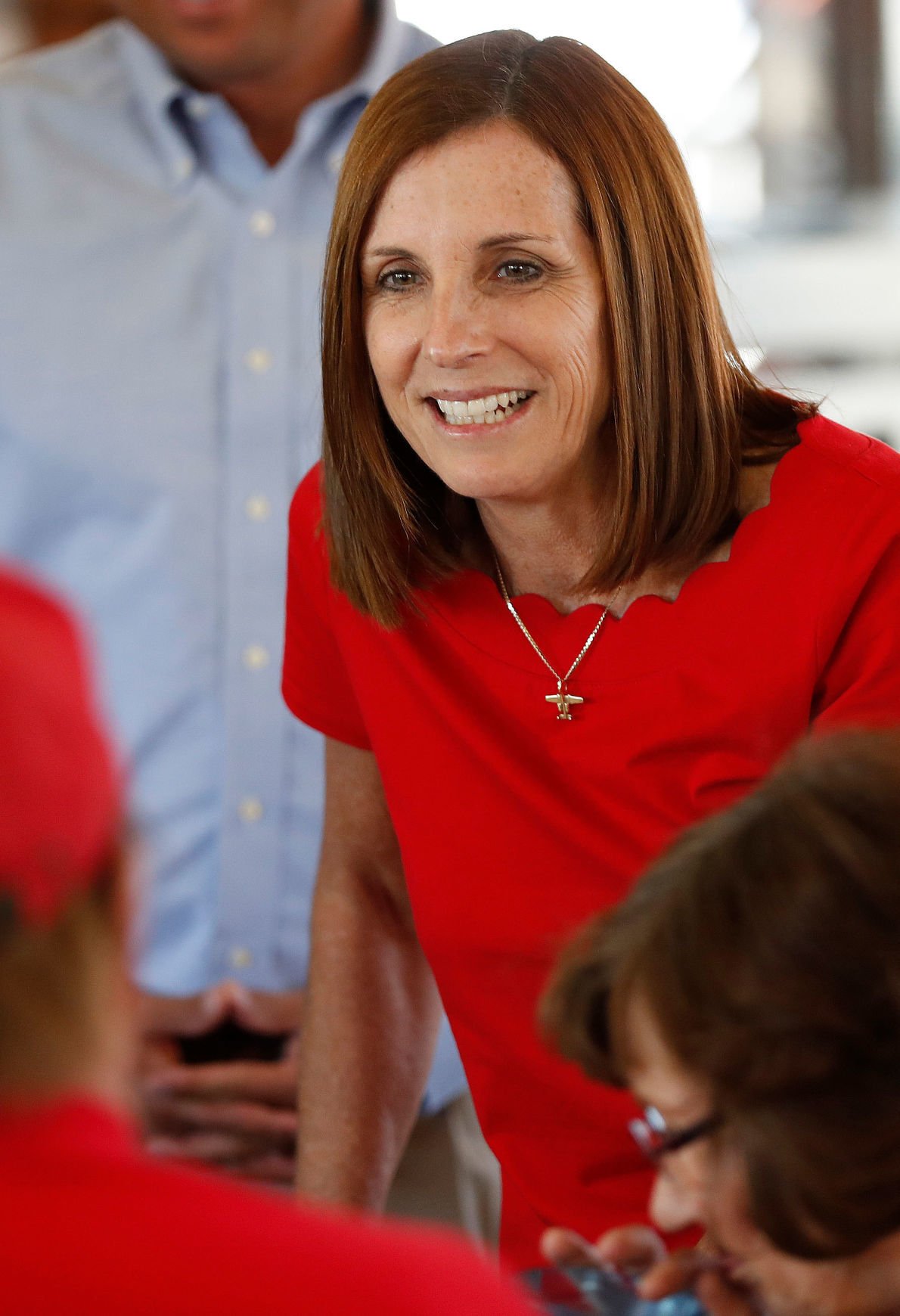 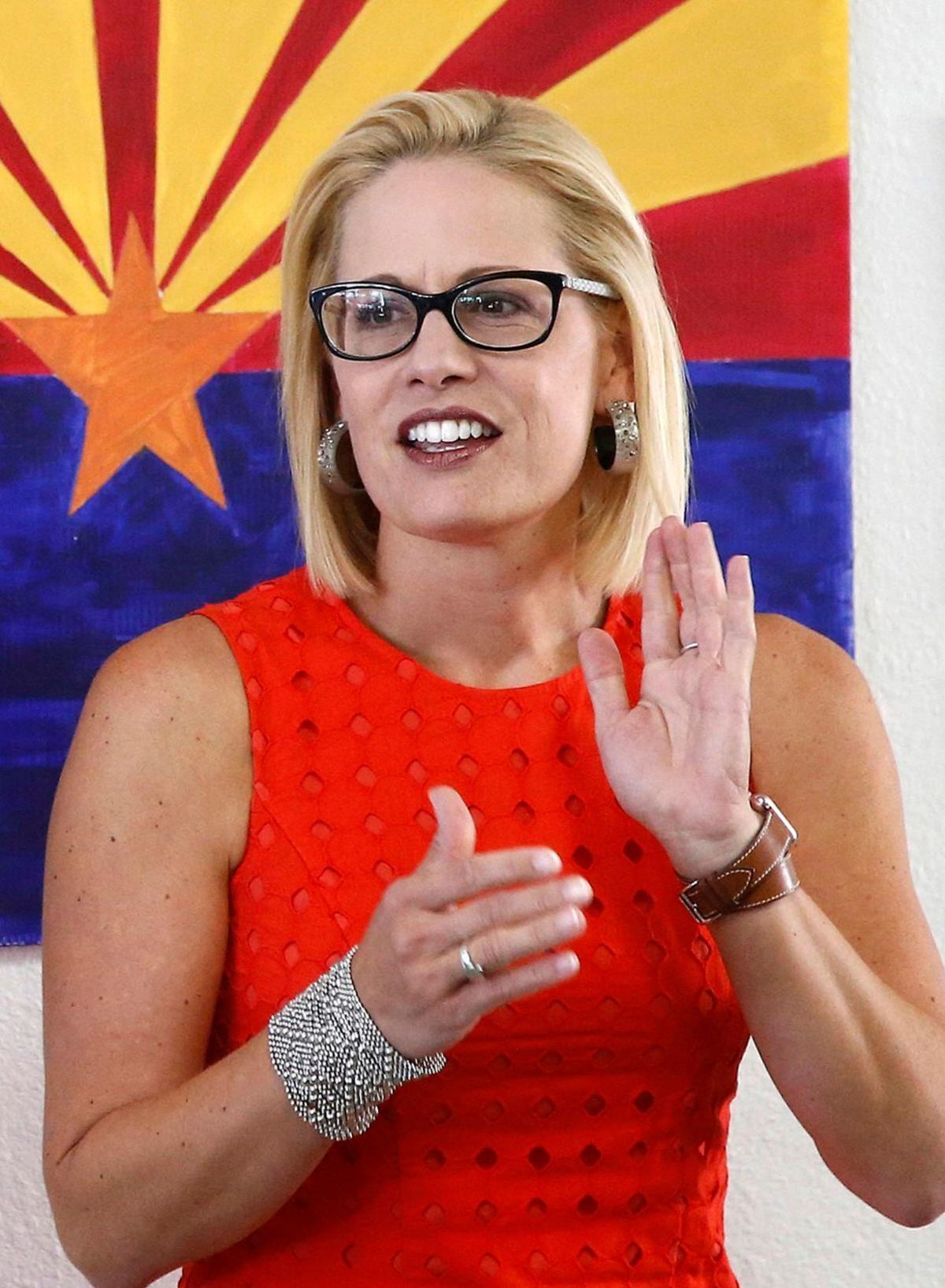 Kyrsten Sinema’s lead in the U.S. Senate race approached 30,000, up from about 20,200 on Friday. Sinema was outpolling Martha McSally in Pima and Maricopa counties.

Hundreds of thousands of ballots were still uncounted as the two congresswomen were separated by only a few thousand votes. Election officials in Maricopa County, the state’s largest, have warned that many votes may not start to be counted until Thursday.

The deadlock came amid heavy statewide turnout of about 60 percent, more in line with a presidential election than a midterm. The Senate contest was the marquee race in an election where Republicans appeared poised to sweep most, if not all, other statewide seats.

Democrats hope Sinema can reverse a decade-long losing streak in all Arizona statewide races. She and McSally are champion fundraisers and skilled politicians who have repeatedly won in tough swing districts. Both candidates said nothing publicly Tuesday night as the ballots were slowly counted.

The avid triathletes are battling over the seat vacated by Sen. Jeff Flake, a Republican who decided not to run for re-election because he realized his criticism of President Trump made it impossible for him to keep the seat.

McSally and Sinema spent Election Day trying to drum up every vote possible during last-minute stops at local restaurants.

McSally met with supporters at a diner in the Phoenix suburb of Chandler, urging them to “carbo-load” and get back to knocking on doors to get out the vote.

Sinema stopped to mingle with the owners of a Phoenix taco shop and their customers before heading to a voting site at a downtown library.

The Democrat said she would remain “laser-focused” until polls closed.

“My job has always been to do a good job and to try to earn the support of all Arizona voters, regardless of political party,” Sinema said. “We’re going to continue doing that until 7 p.m. tonight.”

McSally and Sinema have both remade themselves politically.

McSally, 52, is a one-time Trump critic who has embraced the president since his election.

She has tried to rally Republican voters by emphasizing her military background as the first U.S. female combat pilot while touting her support for the president’s tax cuts and other parts of his agenda.

Sinema, 42, is a former Green Party activist who became a Democratic centrist with her first election to the House of Representatives in 2012.

She’s one of the congressional Democrats most likely to vote to back Trump’s agenda but has spent the race hammering McSally for casting a vote for the health bill backed by the president.

The repeal of the Affordable Care Act, which didn’t become law, would have weakened protections for people with pre-existing medical conditions.

In response, McSally criticized Sinema over her shifting views, contending she was still a closet liberal who disrespected the military.

Republican ads publicized a 2010 video of Sinema repeating a comedian’s description of Arizona as “the meth lab of democracy.”

McSally also accused Sinema of treason for an offhand comment in a 2002 radio interview with an anti-war talk-show host who suggested hypothetically he might join the Taliban. Sinema had responded it would not bother her if she did so.

During her 2016 campaign to be re-elected to her Tucson-area swing district House seat, McSally criticized Trump for attacking the parents of an Army captain killed in Iraq and for a videotape in which the future president bragged about sexually assaulting women.

Though she has since embraced the president, her earlier criticism hobbled her during this year’s three-way Republican primary for Senate, when challengers attacked her as insufficiently supportive of the president.

Sinema faced no real opposition in the Democratic primary and had months to define herself as a nonpartisan, problem-solving centrist on the airwaves while her allies slammed McSally with attack ads over the Republican’s health-care vote.

The candidates and their allies spent more than $90 million in a race that could determine which party controls the U.S. Senate. Also at stake is Arizona’s role in national elections.

Republicans have won every statewide race since 2006. But Democrats have repeatedly hoped the state’s growing Latino population and influx of more educated professionals would make it competitive.

The Senate race will test that theory and may help determine whether Democrats target Arizona in the 2020 presidential election.

Todd Clodfelter, who found himself at the center of several political controversies since being elected to the statehouse in 2016, was trailin…

Republican incumbent Adam Watters had an early lead over Independent Anne Segal Tuesday night, in the heated race for Justice of the Peace in …

Proposition 127, which sought a constitutional mandate for most electric companies to generate at least half of their power from renewable sou…

Outcome of tight McSally, Sinema race could be slowed by "late earlies"

Voters who dropped off mail0in ballots at polling stations on or close to Election Day can jam up the vote-counting system.

Analysis: President Trump is the fault line of widening divide

GOP victories appeared to reinforce the politics behind Trump's closing message — a mix of dark, inaccurate warning about an "invasion" of immigrants streaming across the U.S. border. The fear, it seems, does motivate Republicans. And few can summon that anxiety like Trump.

Tucson might not get any rain any time soon, but at least we can look forward to 70-degree temperatures.

More than 80,000 ballots left to count in Pima County

The Pima County Election Department is expected to resume counting ballots on Thursday.

It could take several days for results to be known.

Kyrsten Sinema’s lead in the U.S. Senate race approached 30,000, up from about 20,200 on Friday. Sinema was outpolling Martha McSally in Pima and Maricopa counties. 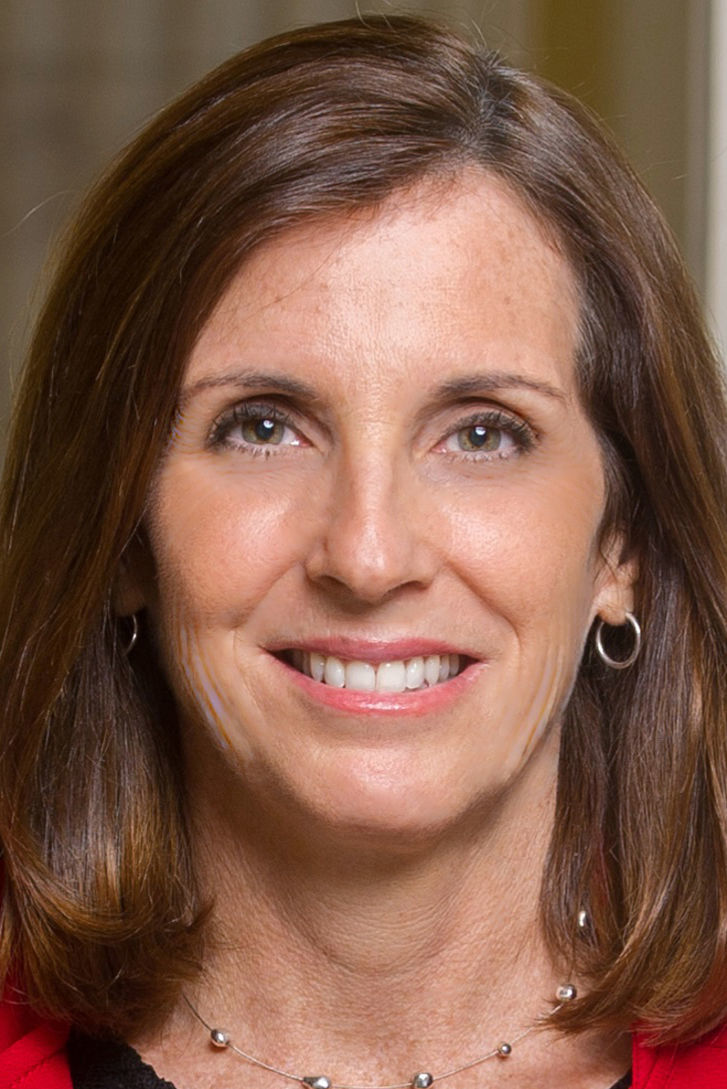 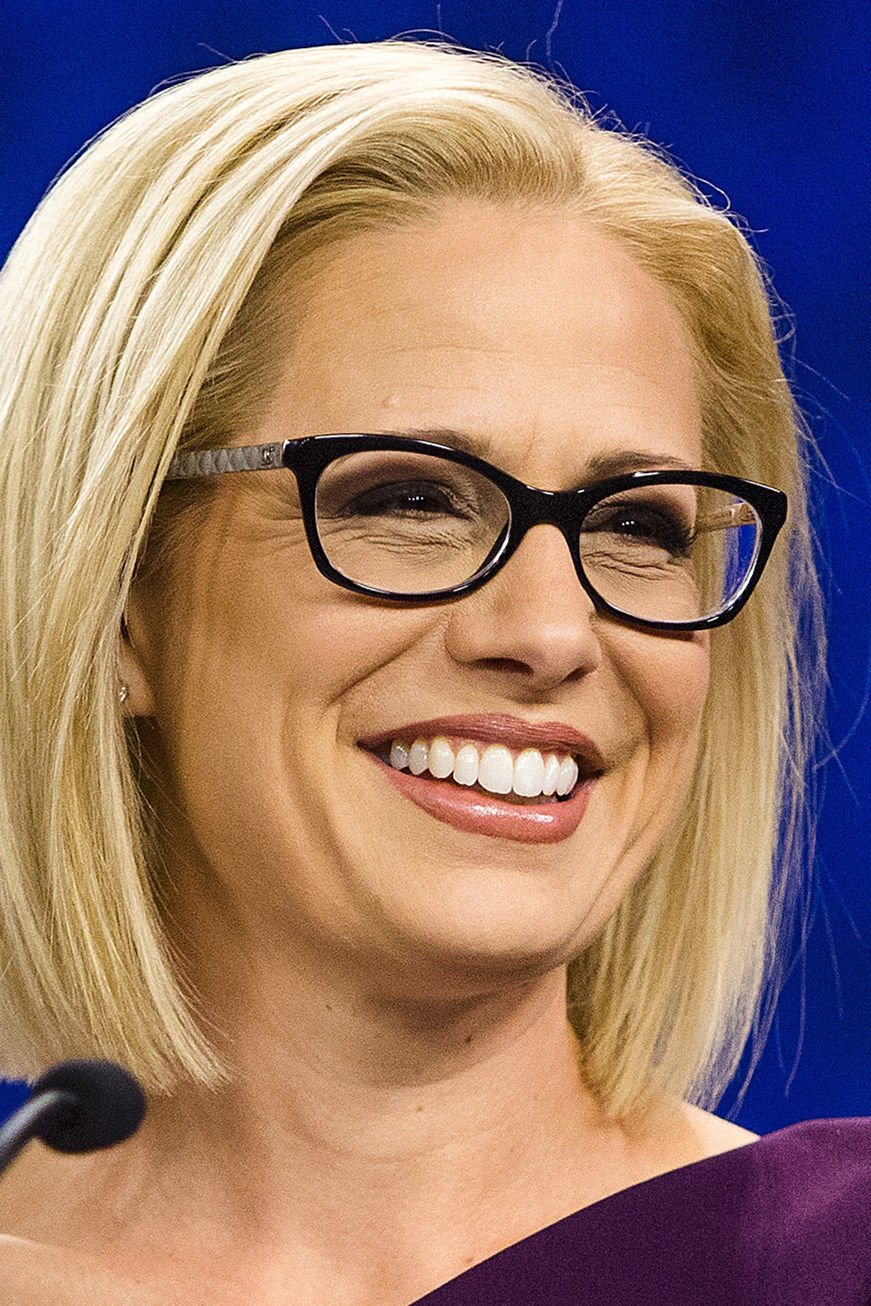