Record 16.8 million have sought US jobless aid during coronavirus pandemic

Glenn Hamer, president of the Arizona Chamber of Commerce and Industry, said Gov. Doug Ducey’s list, which includes golf courses, should be seen less as what services are essential and more of what businesses can be safely operated without the spread of the disease. 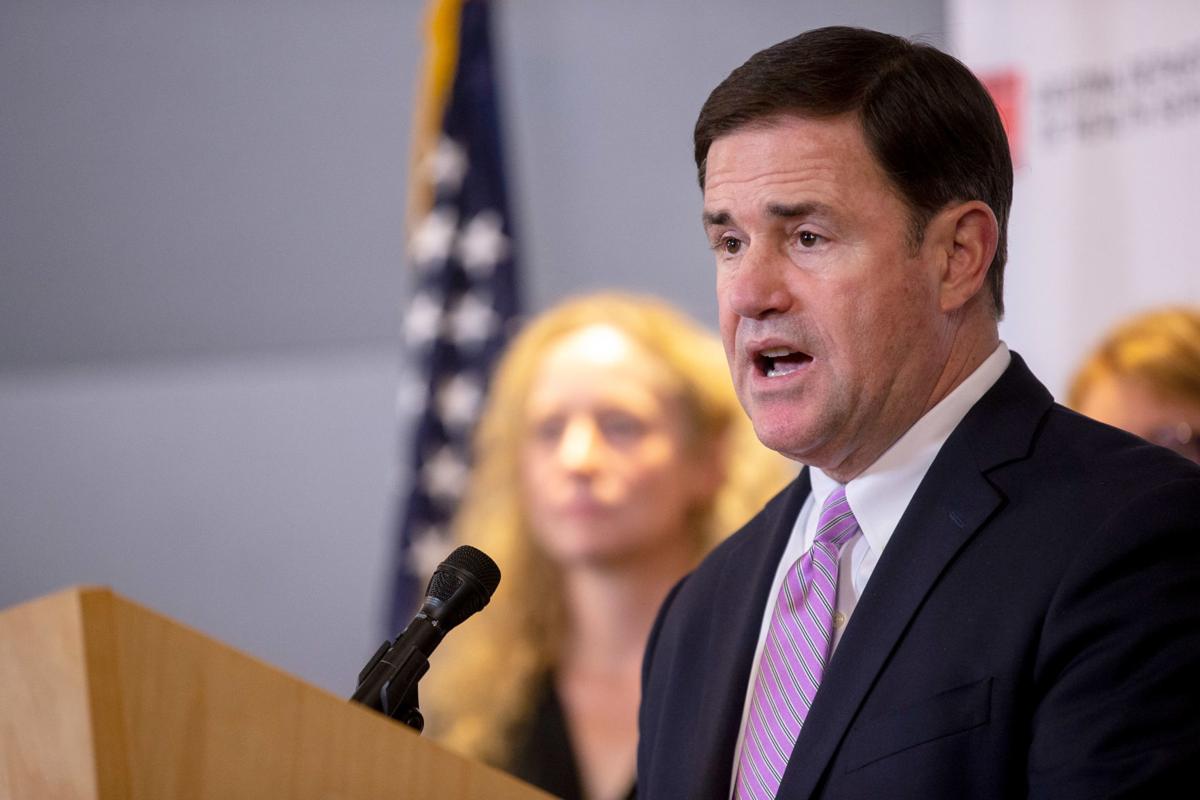 PHOENIX — A new executive order by Gov. Doug Ducey on “essential services” appears less designed to empower him to force people to stay home than to preclude Arizona cities from once again getting out in front of him on actions to slow the spread of COVID-19.

When the governor announced the order Monday he said he did not intend to issue stay-at-home orders “at this time.” Instead he described it as a move to “provide clarity” so that “people in these situations can plan ahead.”

The Tucson City Council on Tuesday urged Ducey to take those restrictive measures, with Mayor Regina Romero saying the governor’s directive is “too broad” in listing what services should be considered essential.

The actual verbiage of Ducey’s order — not made available until after his press conference — forbids any county, city or town from making “any order, rule or regulation” that prohibits anyone from performing any function that he, his health department or his Division of Emergency Management designated as an “essential function” during the public health emergency.

And to drive home the point, it says any order by a local government restricting people from leaving their home during the emergency “shall be consistent with advice from the Arizona Department of Health Services.” It also says any order must be “coordinated with the state prior to issuance.”

It was officials from Tucson, Phoenix and Flagstaff that instituted the first bans on people gathering at bars and a prohibition on in-restaurant dining. It was only later, after insisting he would not do it, Ducey followed suit with a similar order, but only for those counties where there have been confirmed cases of the virus.

And the governor’s list of what he considers essential — and off-limits to local restrictions — is broad, ranging not just from traditional health and public services but to payday lenders and pawnbrokers to golf courses and the sale of firearms and ammunition.

The move drew an angry reaction from Rep. Isela Blanc, D-Tempe, whose city also has acted on its own to shutter bars and allow only takeout food.

“I’m concerned that we have city mayors that are leading on this issue and being more responsible than the governor in dealing with this,” she told Capitol Media Services. “We are dealing with a worldwide pandemic that could be fatal. But the state isn’t willing to take necessary precautions to keep the health system from being overwhelmed.”

In a letter Tuesday to the governor, the mayors of Tucson, Flagstaff, Tolleson, Somerton and Winslow said Ducey’s order is “too broad” in its definition of essential services that cities cannot shutter, specifically citing the inclusion of payday lenders and golf courses.

The motion, which does not officially order a “shelter-in-place” in city limits, also expressed support for actions taken by Romero, who last week ordered the closure of several types of businesses, including bars and movie theaters, and limiting restaurants.

“The reality is that the terms of the emergency proclamation that the mayor issued last week will need to be extended and expanded upon,” said Councilman Steve Kozachik, who made the motion. “I believe that Gov. Ducey needs to do that or it’s going to crash our health-care system.”

The Tucson council’s decision comes as nearly 20 states around the country have ordered the shelter-in-place as a result of the spreading coronavirus.

Romero said she could live within the governor’s directive if he removed certain items from his “essential list.” That includes personal hygiene businesses and parks.

“Does this cover nail salons? Hair salons? Massage and spa services? Barbershops?” she asked. “That’s concerning because that has people less than 1 foot away from each other.”

Romero said park bathrooms and playground equipment would have to be cleaned to keep those facilities open. “Cities are concerned about cleaning bathrooms, all the details that we have to think about in terms of logistics to keep it clean for our community,” she said.

And it could come to a point, Romero said, where the city will have to look at charting its own path, with or without Ducey. “I am trying to be cooperative and have good partnership with the Governor’s Office,” she said.

“But, at the same time, I have to make the call along with my city manager, my city attorney, with scientific information we have in front of us,” she continued. “And I have to be able to make swift calls for the health and benefit of Tucson and Tucsonans.”

“This order is about protecting public health and preserving critical financial lifelines for many communities across the state,” he said. “It also ensures one uniform policy throughout Arizona so businesses and citizens can responsibly plan.”

The governor’s bid to restrain cities has the support of Glenn Hamer, president of the Arizona Chamber of Commerce and Industry.

“The Arizona economy right now is already in a deep recession, probably in a depression, as is the case with the economy in the 49 other states,” he said. “We want to keep the maximum amount of commerce open that we possibly can consistent with CDC and Arizona Department of Health guidelines.”

Hamer said the governor’s list probably should be thought of less as what services are essential and more as a list of businesses that can be safely operated without the spread of the disease. That, he said, is where something like golf courses fit in, enabling people to get out and “get their 10,000 steps” a day with minimal risk of contagion.

Star reporter Justin Sayers contributed to this story. On Twitter:

Coronavirus pushes Arizona unemployment claims up to nearly 30,000 in a week

Stephen Maltzman and his wife, Donna DePesa, spent 11 days stuck in their cabin off the coast of Recife, Brazil.

Tim Steller's opinion: Time for president, Arizona governor to stop with half measures vs. coronavirus

The president is floating a resurrection of the economy by Easter. But leaders must slow the epidemic's spread now because our long-term fortunes matter, not just the short-term economy.

There have been six known coronavirus deaths in Arizona, officials said Wednesday.

Arizona's biggest beer distributor to restaurants, bars and retail outlets has set up a fund to pay employees furloughed as a result of the coronavirus pandemic.

The ruling is about Ebola drugs, but is timely during the coronavirus pandemic.

Mayor Regina Romero ordered the shuttering of "non-essential" businesses in Tucson — but only those that Gov. Doug Ducey said local governments can close. The number of known local deaths from COVID-19 on Friday rose to four.

Glenn Hamer, president of the Arizona Chamber of Commerce and Industry, said Gov. Doug Ducey’s list, which includes golf courses, should be seen less as what services are essential and more of what businesses can be safely operated without the spread of the disease.