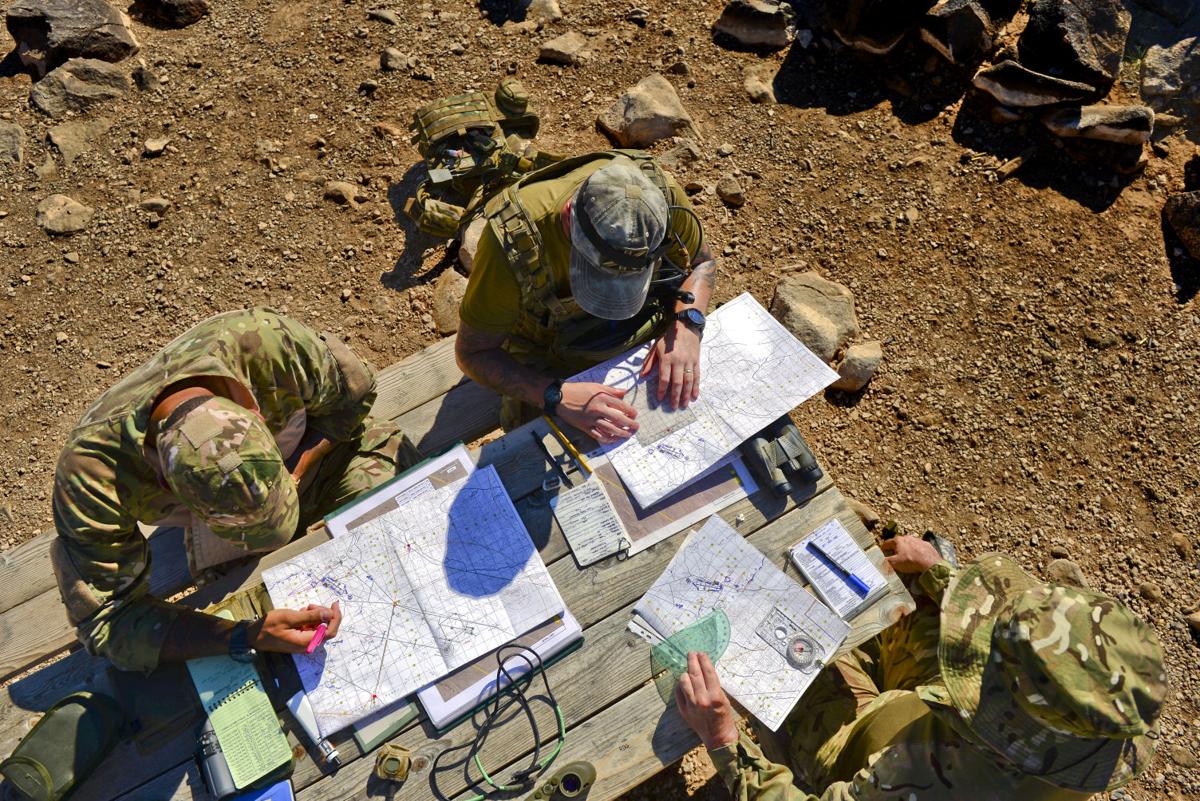 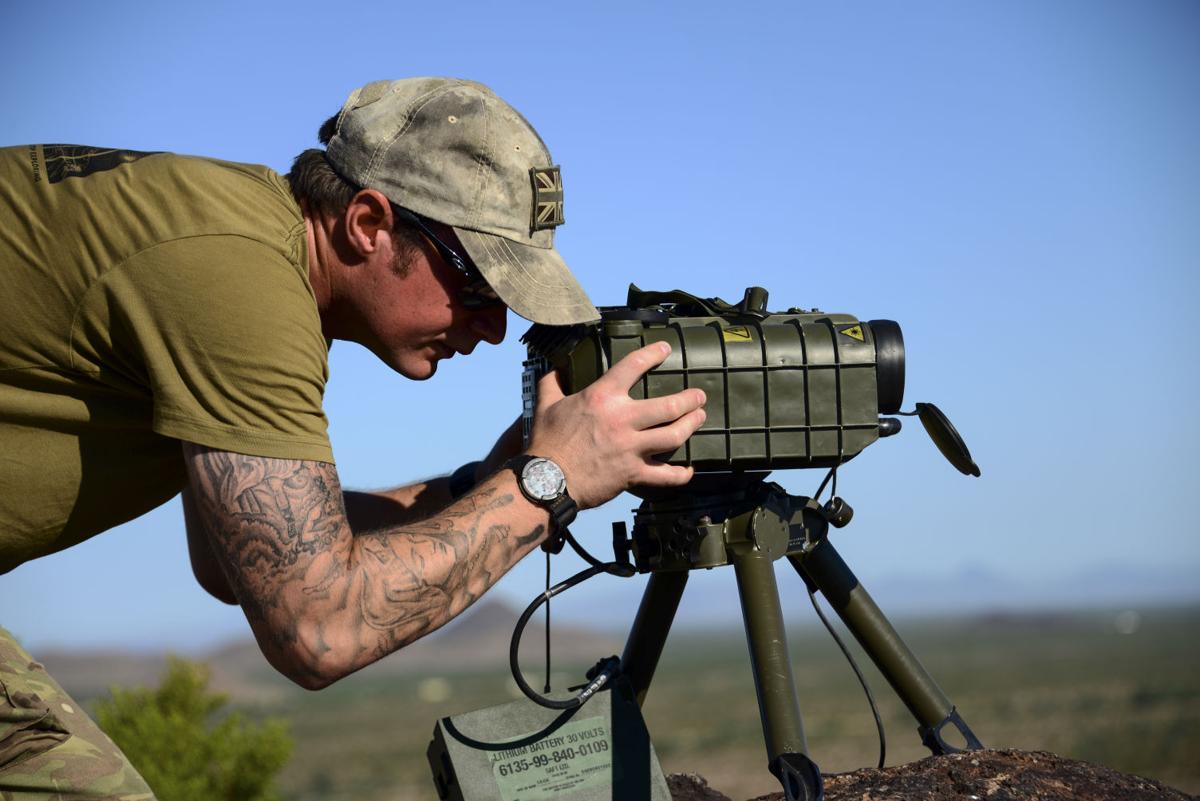 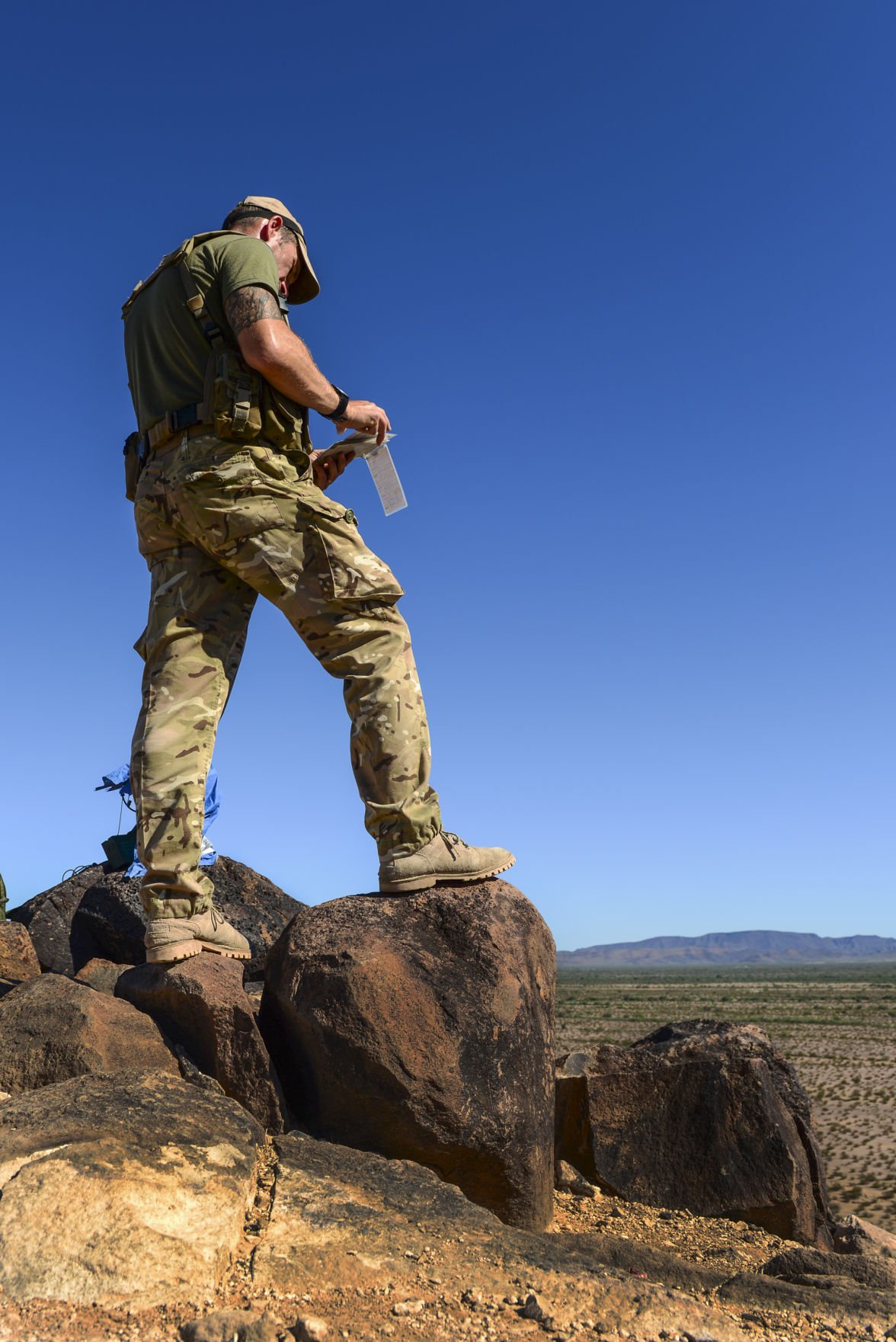 The frequent air traffic at the BMGR provided the JTACs with a fast track to becoming more proficient in their career field.

British Armed Forces JTACs are the link between air and ground communication and are charged with ensuring that they can direct any ordnance that leaves an aircraft while protecting civilians and friendly troops at all times.

"In the past week, we've gotten 150 controls off, which is fantastic," said British Army Sgt. Daniel Campbell, Royal Lancers JTAC. "If we did 150 controls in England, you're talking probably a year's worth of work just to try and get that number. We achieved that in one week. It is far cheaper and effective to fly us out here, than it is to try and get an hour's worth of air (time) with the kind of weather that turns up in England."

The JTACs positioned themselves on a rocky ridge that served as a vantage point overlooking their targets spread across the range. They used navigational skills and trigonometry to relay detailed information to pilots, enabling them to eliminate simulated enemy targets.

"We have a set scenario that we've been given, and we just roll with that," Campbell said. "The pilots above have specific targets to try and hit, and we just try and facilitate that as best as possible."

In the British Armed Forces, to become a JTAC, you must satisfy operational prerequisites before even being considered for the duty.

"The minimum standard is that you need to be a full corporal and have two operational tours on the ground underneath your belt," Campbell said. "This way, you'll know what the ground commander is looking for and you know how you can affect a situation with a jet, rather than making mistakes with a multimillion (British) pound airframe."

Campbell is one test away from being fully certified as a JTAC. He said his team's visit to BMGR only made them more dynamic for future operations.

"We were able to see how the American pilots work," Campbell said. "They do a few things different than what our British pilots do, but it's just nice to see. It widens our ability to work with other nations and other units."