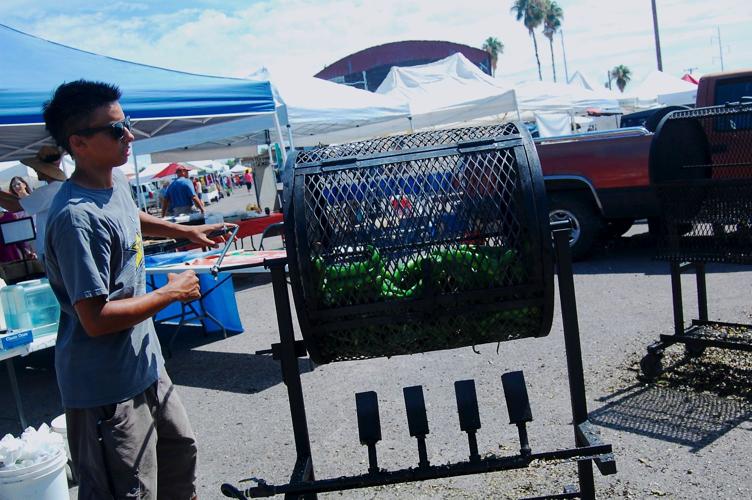 Desmond Rowley with Red's Roasters fires up some green chiles at the Sunday Heirloom Farmers Market at Rillito Park. 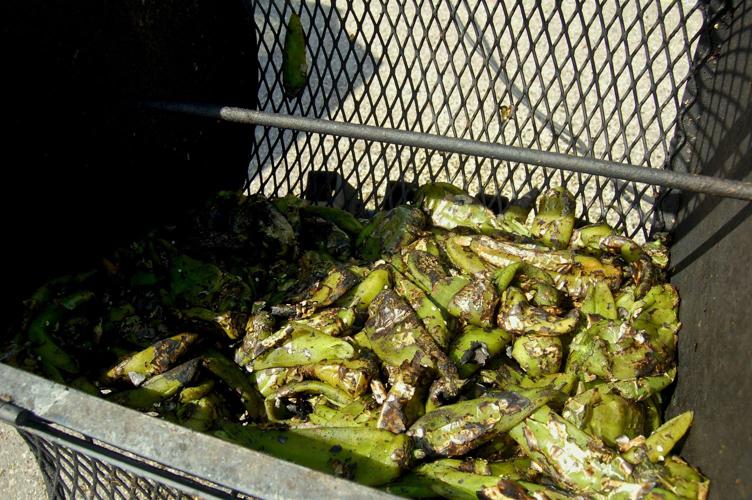 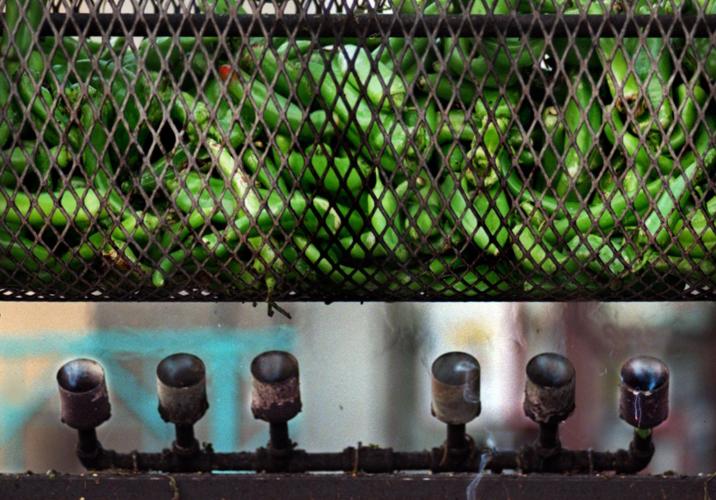 How it works: Gas fires burn the chiles as they toss in the constantly rotating drum.

Its early fall and the scent of roasted green chiles is in the air, assaulting our nostrils and making our mouths salivate in anticipation. Just take a walk outside (preferably around a grocery store) and you'll likely be beckoned by the perfume of spicy sweet smoke wafting along the parking lot, pulling birds into its orbit from blocks away.

We Tucsonans can't get enough of this New Mexican staple, whether we're trucking the real-deal Hatch chiles across state lines, or growing our own varieties right here in Southern Arizona. Either way, there's nothing quite like the taste of a roasted chile fresh out of the drum, the crisp char of its skin giving way to a meaty slab of explosive peppery flesh. A stunning reminder of how lucky we are to live in the Southwest.

Some places to find them:

What to do with your haul:

A creative cook with a New Mexican soul can find a place for green chiles in just about everything. (Even a doughnut?!) But I like to stick to the savory aspects of life, mainly those including any and all forms of cheese. When I get a bag of roasted chiles, I go straight to Trader Joe's, buy a large hunk of Gruyere, some whipping cream and those beautiful little multi-colored potatoes that are so popular these days. Then I go home and make this.

My version of this recipe, recently dubbed Southwestern Gratin, is virtually the same as the above Food 52 post, except for the natural addition of more cheese. On the side, I like to saute something green such as asparagus or broccolini, making for a hearty and vaguely healthy vegetarian dinner.

Desmond Rowley with Red's Roasters fires up some green chiles at the Sunday Heirloom Farmers Market at Rillito Park.

How it works: Gas fires burn the chiles as they toss in the constantly rotating drum.