Read Today's E-Edition
Share This
What bug can give even an entomologist the creeps?
Share this
1 of 3 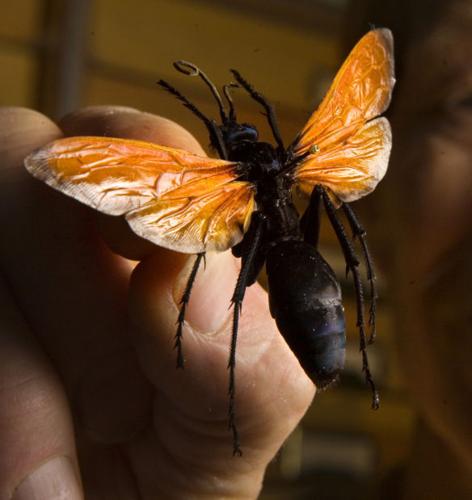 A tarantula hawk, which is a large insect but technically a wasp. 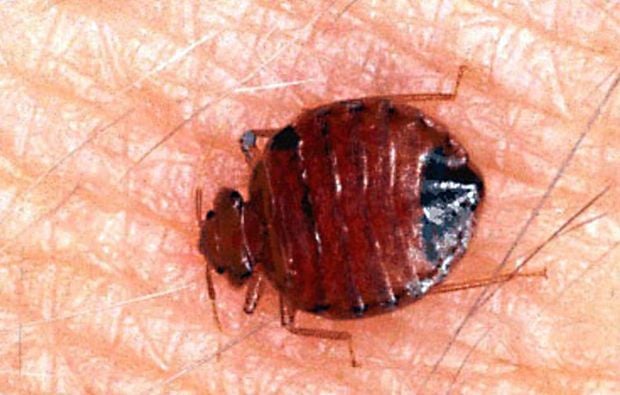 A common bedbug is engorged with blood after feeding on a human arm. 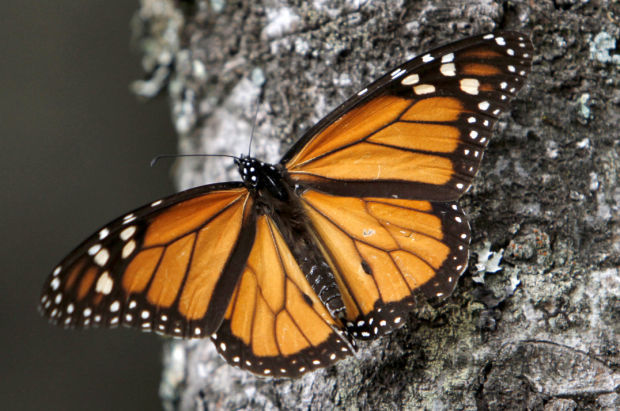 A Monarch butterfly perches on a tree at the Sierra Chincua Sanctuary in the mountains of Mexico's Michoacan state.

Peter Warren spends much of his day answering serious questions about insects and horticulture for the Pima County Cooperative Extension at the University of Arizona.

“How do I keep kissing bugs out of my house?”

“How often should I water my new Meyer lemon tree?”

And, “What the heck is this bug and how do I kill it?”

So, we decided to ask him a few not-so-serious questions about his job and what makes him tick.

That they pay me to work with bugs! I get a lot of insect questions; I would say a third to half of the questions that come into our office are insect related.

It’s helpful to have that kind of expertise in this job. I really enjoy the entomology part of it.

If you want to get right down to it, the best of part of the job is actually people coming into your office with something wrong, and you solve their problem usually within a few minutes to a half-hour.

And they walk out with an answer, usually a smile, and it’s very good job satisfaction.

What’s the biggest challenge in your job?

Volunteer management. When you’ve got 150 people, all there for a variety of reasons, there’s always going to be personality conflicts, big egos, that kind of stuff. You just have to be a good people person, and I’ve been doing this for 15 years — 3 1/2 years here in Tucson — and I’ve learned how to work with people.

What's your favorite thing to grow?

Herbs, because they’re so useful in cooking. Herbs are really functional and they taste good.

I guess lima beans. It’s difficult to find things that I don’t like to eat.

I’m a big fan of the assassin bug group. I grew up on the East Coast so I have a favorite one back there called the wheel bug, which is hazardous because if you pick them up they’ll bite and it’s very painful.

My favorite one here, that I really get excited about when I see, is the tarantula hawk — really a wasp. It’s a wasp that actually stings tarantulas and takes them back to feed to their young. It’s very large and colorful.

Do you have anything against tarantulas?

No, actually I have a pet tarantula. Her name is Rosita. It’s a female Chilean pink tarantula.

Doesn’t she get lonely by herself?

You know I’ve never asked her, really (laughs). She’s a very docile species and you can pick her up but I just don’t. I figure in nature they don’t want to be held.

What bug gives you nightmares?

I don’t personally get bug nightmares but I think one of the scariest bugs — and the hardest to get rid of — is bedbugs. They’re difficult to manage if you’ve got them.

They don’t transmit any diseases, per se, but they’re just so creepy. Because they’re in your bed, you’re sleeping and here they are sucking your blood.

Have you ever been bitten by bedbugs?

When I was in grad school, we had the opportunity to feed bedbugs. There are bedbugs in a colony that they used for research, and they can only be fed with human blood.

So what they do is they put them in a small Mason jar with a fine mesh lid on it, and then put them on your arm upside down. And then they give them a meal for like 20 minutes.

Did it leave a rash?

I got a rash, it was itchy and I’ll never do it again.

What got you interested in bugs as a kid?

I kind of blame it on my grandmother. My grandmother was a biology professor at Smith College and she taught me early on.

You take kids out in the yard and look around for stuff. She would bring her bug book over and we would talk about bugs.

So ever since then, I’ve had it as a hobby and it wasn’t until I got into college that I realized there’s actually a degree in it and people will pay you for understanding stuff like that. That’s when I decided to turn my hobby into an occupation.

I was also inspired by E.O Wilson, a Harvard entomologist. He’s written a lot of good books on insects — really accessible books, not just scientific stuff. Between him and my grandmother, that’s where I got the spark.

If you could be reincarnated as a bug, which would it be?

I would probably pick the Monarch butterfly, because you get to migrate and see a lot of things from the air. So that would probably be my first choice. At least you get that one trip (to Mexico).

Lightly edited for length and clarity.

People are encouraged to stop by during office hours from 9 a.m.-4 p.m. Monday through Friday and ask questions of the trained volunteers who work there. Bring a sample of the leaf or bug in question, if you’ve got one.

Or email a photo with your question to plwarren@cals.arizona.edu

The office is at the College of Agriculture and Life Sciences building, 4210 N. Campbell Ave., at the Campus Agricultural Center.

Peter Warren is the urban horticulture agent for the Pima County Cooperative Extension at the University of Arizona. His expertise is in entom…

A tarantula hawk, which is a large insect but technically a wasp.

A common bedbug is engorged with blood after feeding on a human arm.

A Monarch butterfly perches on a tree at the Sierra Chincua Sanctuary in the mountains of Mexico's Michoacan state.