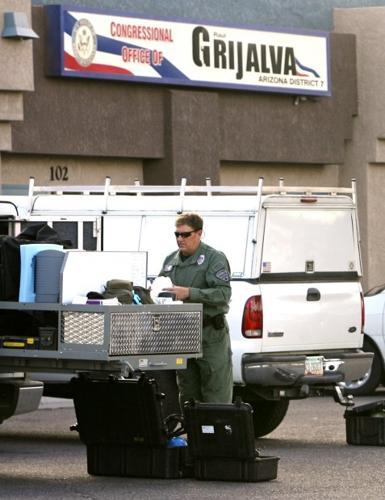 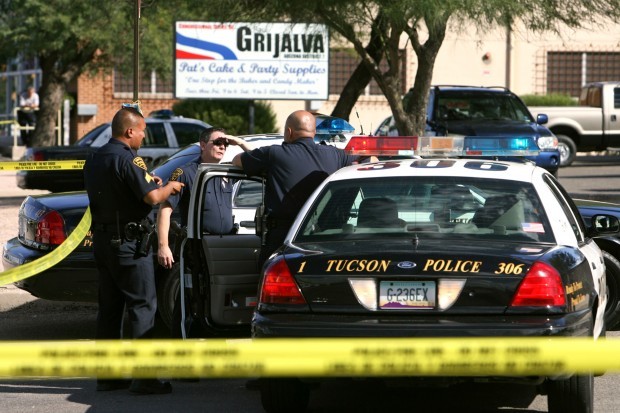 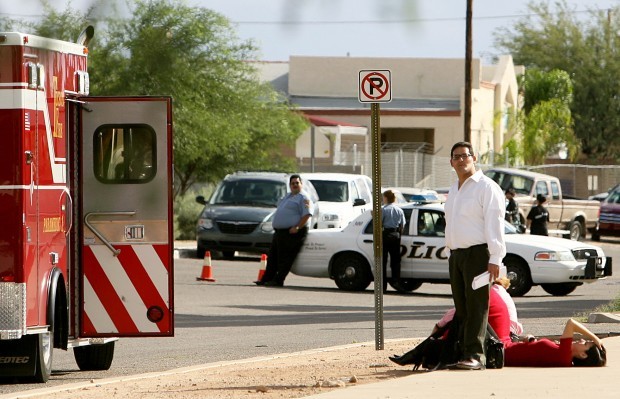 A woman rests on the sidewalk after talking with law enforcement officers after a suspicious package was found at U.S. Rep. Raul Grijalva's congressional office in Tucson, Ariz., Thursday Oct. 21, 2010.
Andrea Kelly

U.S. Rep. Raúl Grijalva’s congressional office is closed this afternoon as police respond to a suspicious piece of mail.

An envelope arrived with swastikas drawn on the outside and a white powdery substance on the inside, said Adam Sarvana, Grijalva’s spokesman.

Preliminary health checks show those in the office are OK, but further testing is needed because the substance has not been identified, Sarvana said.

At about 1:45 p.m. there were several police and two fire vehicles outside the office.

It’s not the first time his office has been the target of threats.

Grijalva received death threats in April, shortly after SB1070 was signed into law and he called for a boycott in response. He closed his Tucson and Yuma offices as a result.

In July, after he called off the boycott, staffers found a bullet and a shattered window inside his Yuma office.

Grijalva appeared on a national news talk show this week complaining about racist tactics being used in the race.

Rogers blames this action on the kind of rhetoric coming out of the tea party and right-wing Republicans.

“It’s disappointing and I think it’s directly related to the level of rhetoric,” Rogers said. “That kind of level of rhetoric is what leads people to do crazy things. They have a responsibility to tamp this down and say we can have a civil discussion about the future of the country without screaming names and violence or threats of violence.”

“I have to say it’s really interesting that when Democrats are most in trouble, something like this always happens,” he said.

“We aren’t sending out anything with swastikas or powder. And as far as ‘inflamed rhetoric,’ all we've said is Raúl Grijalva is an idiot because he called for a boycott of his own state,” Humphries said.

Grijalva’s Republican opponent Ruth McClung said she condemns the latest news and said violence or threats of violence against politicians are wrong.

A woman rests on the sidewalk after talking with law enforcement officers after a suspicious package was found at U.S. Rep. Raul Grijalva's congressional office in Tucson, Ariz., Thursday Oct. 21, 2010.
© Copyright 2022 Arizona Daily Star, PO Box 26887 Tucson, AZ 85726-6887 | Terms of Use | Privacy Policy | Do Not Sell My Info | Cookie Preferences
Powered by BLOX Content Management System from TownNews.com.
You don't have any notifications.