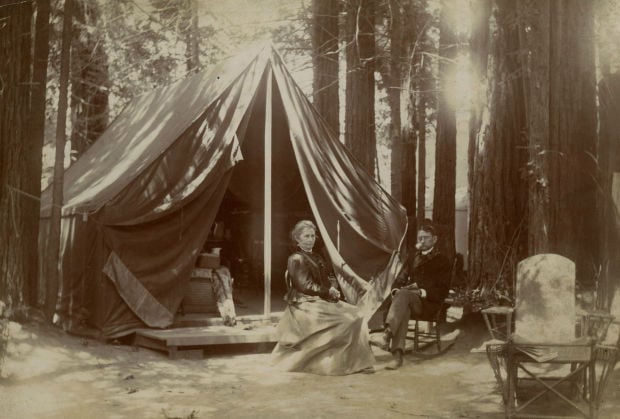 Sara Lemmon, left, and her husband, John Lemmon, are pictured in an unknown place. Mount Lemmon was named for Sara Lemmon, who rode up it on horseback in 1881 with her husband and Emerson O. Stratton. 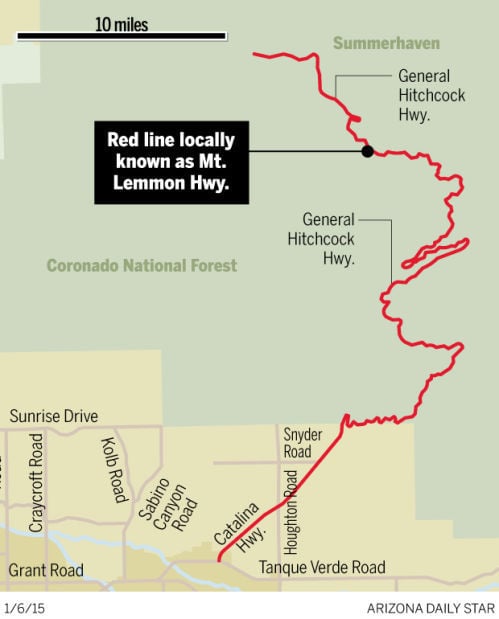 The mountain itself gets its name from botanist Sara (Plummer) Lemmon. Sara Plummer was born in New Gloucester, Maine, on September 3, 1836 (some sources say 1840). She attended teachers college in Worcester, Massachusetts, and then taught at Grammar School No. 14 in New York City.

After getting pneumonia one winter, her doctor suggested she relocate to a more suitable climate, and she moved to Santa Barbara, California, in 1869.

Plummer opened a small stationery shop, but longed for the intellectual stimulation she had experienced back East. She converted part of her store into a meeting house for artists and the well-educated, and hosted art exhibits and lectures there.

She also procured a couple hundred books from a friend in New York, and later more on a trip to San Francisco, and set up a circulating library. In time, her collection became Santa Barbara’s public library.

Around this time, she met Union veteran and botanist John Lemmon, who was visiting Santa Barbara. They began writing letters and seeing each other, and he began teaching her botany. When Plummer found an unknown shrub, Lemmon sent it to professor Asa Gray at Harvard University, who then named it Baccharis plummerae (commonly known as Plummer’s baccharis).

The romance led to marriage in November 1880.

Their honeymoon was spent in part studying plants in the Santa Catalina Mountains outside Tucson. On this botanical honeymoon, the couple ascended to the range’s highest peak in 1881. They began the long trek from the town of Oracle and traveled up to Pandora Ranch with the assistance of a donkey. After resting at the ranch, its owner, Emerson O. Stratton, provided them with two horses and guided them up to Carter’s Camp, (now called Summerhaven).

Stratton later wrote, “From Carter’s Camp the Lemmons and I went to the highest peak [9,157 feet above sea level] in the Santa Catalinas and christened it Mount Lemmon, in honor of Mrs. Lemmon, the first white woman up there.”

In 1893, George J. Roskruge solidified the name by adding it to his map of Pima County.

In 1905, the Lemmons returned to Tucson, and the trio once again climbed to the top.

Sara Lemmon was also an important influence in getting the golden poppy adopted as the state flower of California in 1903.

Sources are listed in the online version of this story.

Sara Lemmon, left, and her husband, John Lemmon, are pictured in an unknown place. Mount Lemmon was named for Sara Lemmon, who rode up it on horseback in 1881 with her husband and Emerson O. Stratton. 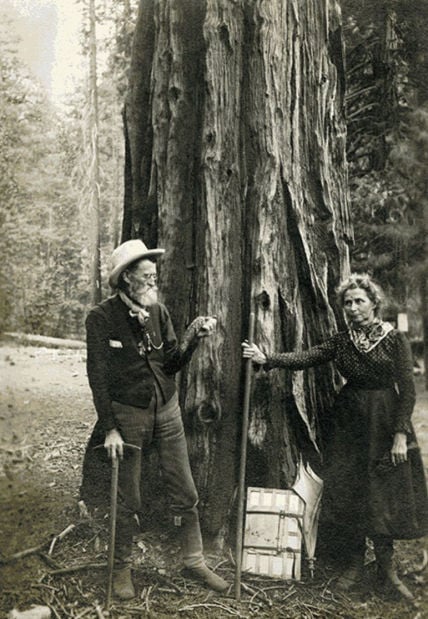 John and Sara Lemmon in the field. Image courtesy of University and Jepson Herbaria, University of California, Berkeley