Street Smarts: Village for brainy retirees started with brainy scientist
Share this
1 of 2 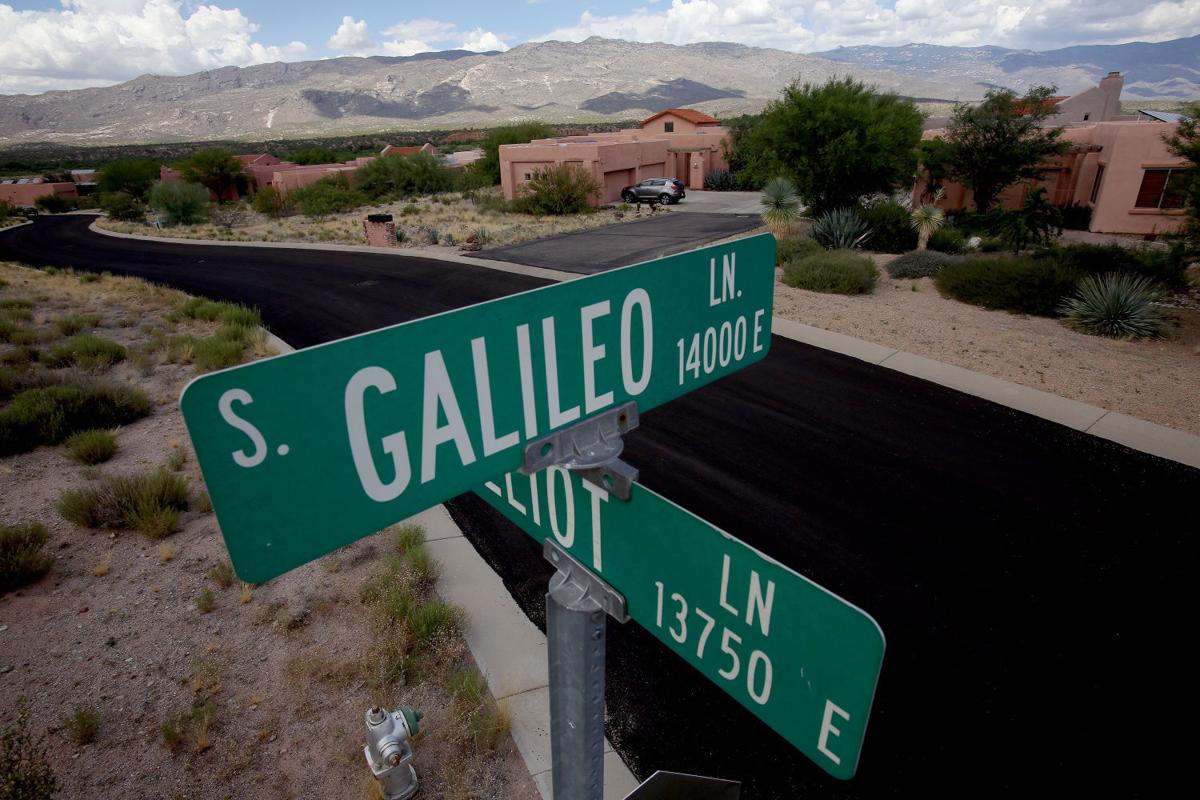 A committee got together in the plannning stages of Academy Village in the late 1990s to come up with street names for the senior community designed with academicians in mind. 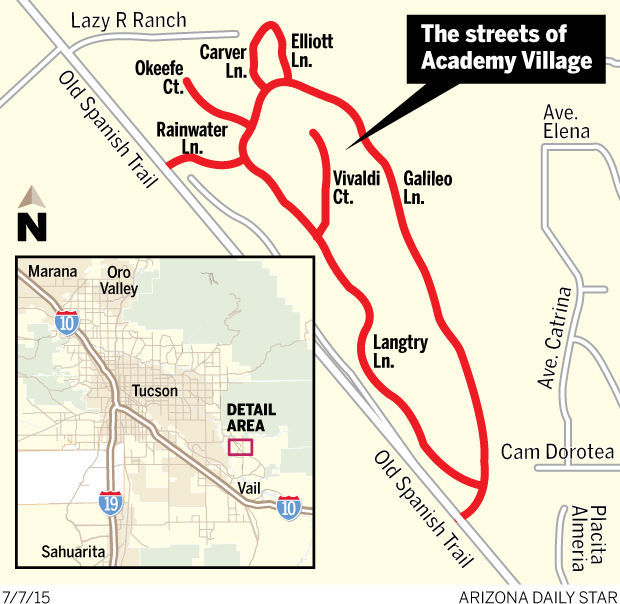 The streets of a local senior community designed to promote lifelong learning are aptly named.

Academy Village, in the foothills of the far-east-side Rincon Mountains, was founded by former University of Arizona President Henry Koffler and his development partner, Lloyd Lewis. The idea behind the development is that residents aren’t just buying a house, but a lifestyle that includes membership in the Arizona Senior Academy.

Koffler, born in 1922 in Vienna, Austria, was raised by his mother after his father died when Henry was less than 6 years old.

His mother wanted her son to experience all of the culture Vienna had to offer so she took him to museums, concerts, theaters and galleries. That sparked a lifelong love for the arts.

In 1938 the Nazis annexed Austria, and Henry, then 17, immigrated to the United States. He landed on Ellis Island, alone, in 1939 and was kept on the island for about a week before being released to stay with friends in New York City. His mother joined him two months later.

Mother and son moved to Arizona in January 1940 at Henry’s choosing.

“When I was younger, like many German-speaking youth, I read Karl May’s many books about the Southwest and American Indians and this had an influence on me,” he said

In Prescott he took classes in English, American history and American government at Prescott High School to help acquaint himself with his new country.

After learning about a new scholarship for immigrants at the University of Arizona, Koffler applied and became its second recipient. He moved to Tucson in August 1940 to attend the university, which had only about 3,000 students at the time.

He earned a bachelor’s degree in agricultural chemistry, then went to the University of Wisconsin where he earned a master’s degree in bacteriology and a doctorate in microbiology and biochemistry.

Koffler worked at Purdue University from 1947 to 1975, first as an assistant professor of bacteriology and eventually as Frederick L. Hovde Distinguished Professor of Biology and head of Biological Sciences, a department he brought to international prominence. At Purdue he also did consulting for government agencies and industry.

He was the first UA alumnus to become president, and his tenure, from 1982 to 1991, was marked by impressive growth of the university.

Over time Koffler noticed that, upon retirement, many great minds stopped learning and and many active bodies became idle. In 1991, planning to retire from the presidency but continue his professorship, he wrote a memo to the Arizona Board of Regents and his successor, Manuel Pacheco, outlining seven projects he intended to accomplish in the 1991-92 academic year. One was creating the Arizona Senior Academy.

Many people encouraged Koffler to pursue the idea of the Arizona Senior Academy and a retirement community where retired professionals could “unretire” alongside others who wanted to continue learning and volunteering.

Koffler and Lewis considered several sites but chose land at the base of the Rincon Mountains that was originally part of the Rocking K Ranch. The pair traveled the country promoting the development and meeting prospective residents.

Temporary facilities were established in the late 1990s at the UA Tech Park on Rita Road, where lectures and concerts were held for future residents.

Later the Arizona Senior Academy was moved to its second temporary home, a trailer nicknamed “Enrique” — Spanish for Henry — on the future site of Academy Village.

The initial phase of Academy Village was completed in March 2002.

Koffler, now 92, still lives in the community and spends much of his time on his new career as an abstract artist.

A committee got together in the plannning stages of Academy Village in the late 1990s to come up with street names for the senior community designed with academicians in mind. 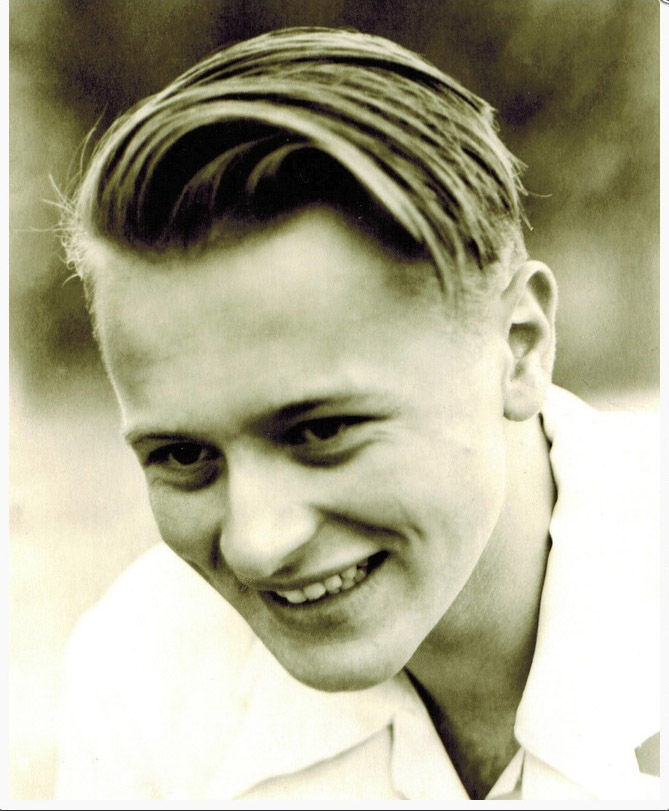 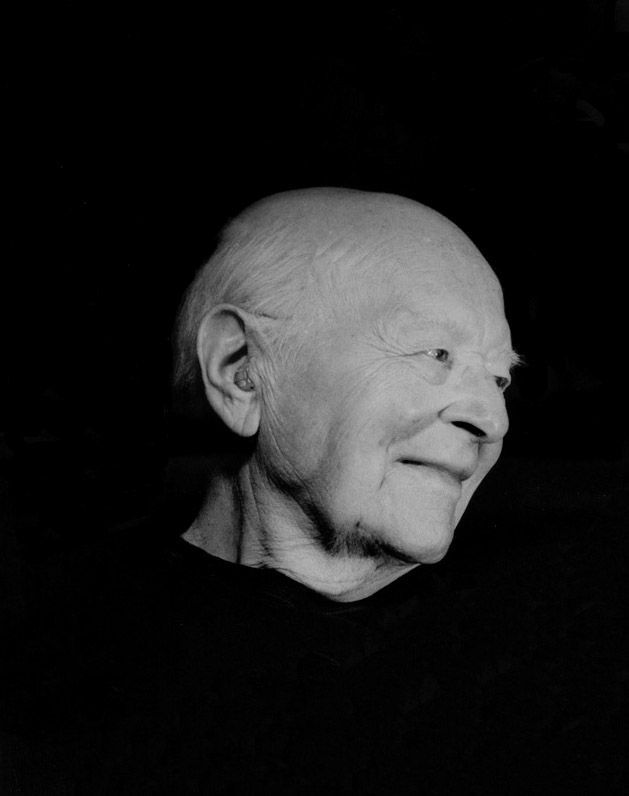