The steps stayed the same regardless of the family’s needs.

“We had parents told to go to parenting classes when it was a poverty issue,” said Campbell, now program manager for foster care at the Alabama Department of Human Resources, which oversees child welfare. “We were picking up some children in this state just because the lights were out.”

It took a lawsuit — and 17 years of dogged oversight from a court monitor — before all Alabama counties had a continuum of services that let caseworkers craft truly individual case plans for each family.

“Individualized service plans” was a mantra of the transformative reforms in Alabama. The state gave local offices authority to decide what families in their communities needed and asked providers to create services to meet those needs.

County-level child welfare offices got “flex funds” to spend on services without need for approval by the central office in Montgomery. Flex funds allocated by the state to those initial pilot counties totaled $400,000 in 1992 and reached $20 million five years later.

“It cuts us out of it,” said John James, Alabama’s deputy commissioner for family and adult services. Otherwise, he said, “we’d have every county calling us on every case asking for permission to give money for services, which would just be a logjam. Now, the worker can authorize the expenses and the supervisor signs off on it. It happens that fast.”

That includes services like rent or utility payments for families in crisis, or tutoring and musical instruments for children already in care. Front-line caseworkers were empowered to provide services based on a family’s needs, not what services were available — in fact, the R.C. consent decree made that a requirement.

“We were able to be really creative with families and help them put themselves back together,” Campbell said. “That was our motto — ‘whatever it takes.’”

The state set out in 1992 to reallocate the bulk of the $7 million it spent on private psychiatric facilities to home- and community-based services.

Child welfare leaders spread the word, through community meetings, that the state was shifting contracting dollars away from expensive services like group homes and residential treatment centers, in favor of less costly and more effective programs like therapeutic foster care and in-home services.

Providers had a choice: Evolve or risk going out of business.

“There were some rough times,” Loop said. But largely, “our provider community stepped up and said, ‘OK, you guys want to do things differently and here’s how we can help.’ “

In the pilot counties during the first year of the reforms, the number of children in psychiatric hospital settings — at the time, the only placement that would accept children with severe behavioral problems — dropped from 60 to less than 10, said Paul Vincent, who led Alabama’s child welfare division in the early years of the reform.

The money saved from reducing those costly placements helped convince state political leaders that investing in home-based services was not only good for kids — it was good for the state budget.

To help caseworkers find the best services for a family’s unique needs, Allegheny County co-locates a variety of specialists in each county’s child welfare office. That includes nurses, behavioral health experts, housing counselors from the local Urban League, and “father-engagement” specialists who seek out and work with fathers who could be a lifeline for a child on the brink of removal.

The agency also funds 26 “family support centers” in high-risk neighborhoods that serve 3,600 families each year. Each resource center offers its own set of services, based on what is or isn’t already available in the community. Some provide child care, in-home support services or summer camps. Others offer computer labs and résumé help for parents looking for a job, or provide free diapers and classes on how to cook on a budget.

Parents are involved in the governance of those centers, said Laurie Mulvey, director of service demonstrations at the University of Pittsburgh Office of Child Development. The office has a contract with the county to provide training and technical assistance to the centers.

“We’re trying to help people from communities that have traditionally felt unempowered to have an opportunity for leadership,” she said.

The centers offer preventive programs for struggling families not yet involved with child protective services, as well as support — sometimes simply friendship and camaraderie — for those who have an open case with the child welfare agency.

“When you don’t have anyone in your corner, you’re isolated and alone,” said Tish Donze, site director for the Providence Family Support Center. “Everything is sometimes chaos. To have some stability, it can help them feel less overwhelmed. We wrap our arms around them and walk with them.”

That support can be difference between a parent feeling hopeless and giving up, or achieving the goals of their case plan.

Hazel Horne, 55, cries when talking about how her life changed when she took in her two grandchildren after her daughter developed a substance abuse problem. Horne comes to the Providence Family Support Center for events like dinners and holiday celebrations, and she gets home visits from support center social worker Billie Andrews, who works with her grandkids, ages 3 and 4 months, to make sure they’re on track developmentally.

Without the support center, “I’d probably be going crazy,” Horne said. “I wasn’t planning on this.”

Maintaining an adequate service array takes a strong relationship between the child welfare agency and local providers — something Tucson service providers say the state Department of Child Safety has historically failed to prioritize.

A wide range of family services exist in Arizona today, but they’re still not funded at the level necessary to meet the need, Tucson family-service providers said.

While DCS is taking steps to repair its damaged relationship with on-the-ground providers, who provide the bulk of services to families, the agency must do more to listen to local stakeholders about what specific resources are needed in their community, said Eric Schindler, CEO of Child & Family Resources in Tucson.

“I fantasize about the day DCS comes to us and says, ‘We’ve got $10 million — let’s design a new menu together for a continuum of care,’” Schindler said. But now, “we have a patriarchal, authoritarian design.”

DCS director Greg McKay said relationships with providers have been improving, thanks to work from Mike Faust, a deputy director for DCS, hired in part to act as a liaison with those providers.

“In the past there was a lot of trust broken” between DCS and its partner agencies, McKay said. “It wasn’t a very open-door relationship.”

Today’s DCS is more open and communicative, McKay said. With a renewed focused on reducing removals and keeping families together, the agency is directing its service providers to hire more people to do in-home family preservation work.

“Previously, most of the capacity over the last five, 10 years has been feeding the out-of-home care beast,” McKay said. “That’s where all our funding went. Now we’re telling them, no more. We want reunification services, in-home services. They’re changing their business models.”

Faust cited some good news on that front: The waiting list for families to receive services is down significantly. In April 2017, 664 families across the state were waiting for parent aide, reunification, supervised visits or in-home services. As of January, that number was down to 93.

Still, providers say it’s not clear caseworkers are taking full advantage of the range of services that are available for their families.

“There are so many new staff, and so much to learn about their own jobs, they haven’t even got a clue as to all the services out there,” said Suzanne Schunk, vice president of family support services for Southwest Human Development in Phoenix. “Their own contracted services — the staff do not know what they are. They don’t know when it’s appropriate to use which one.”

With the recent decline in kids coming into DCS custody, Schunk said her agency expected a surge in referrals for family-preservation services, in part because DCS told providers to be ready for that increase.

“They said clearly, ‘We’re going it use the in-home more,’” she said, “but it hasn’t happened thus far.”

Having enrolled as an online student at Arizona State University earlier this fall, Kyle Rittenhouse has announced he hopes to further pursue an education there. 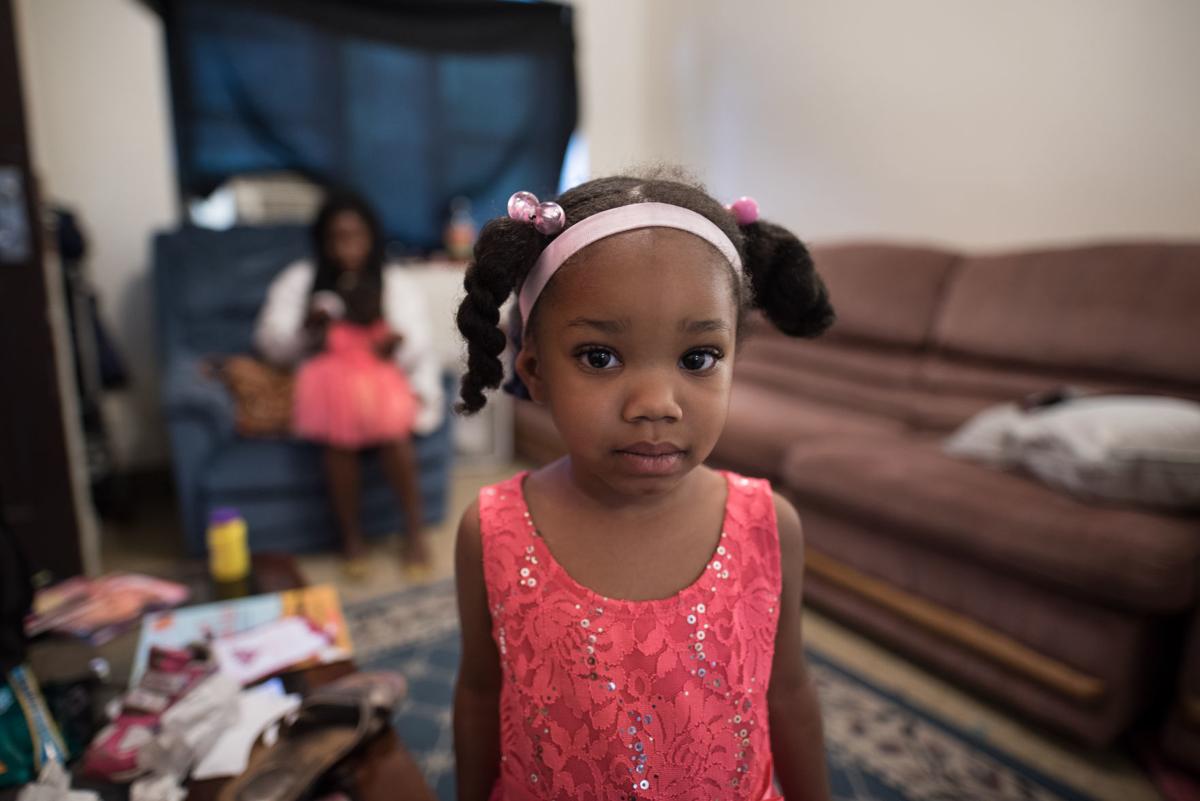 Trinity Glenn, 3, and her 4-month-old sister were taken in by their grandmother, who finds camaraderie and stability at a family support center in her Pittsburgh neighborhood. 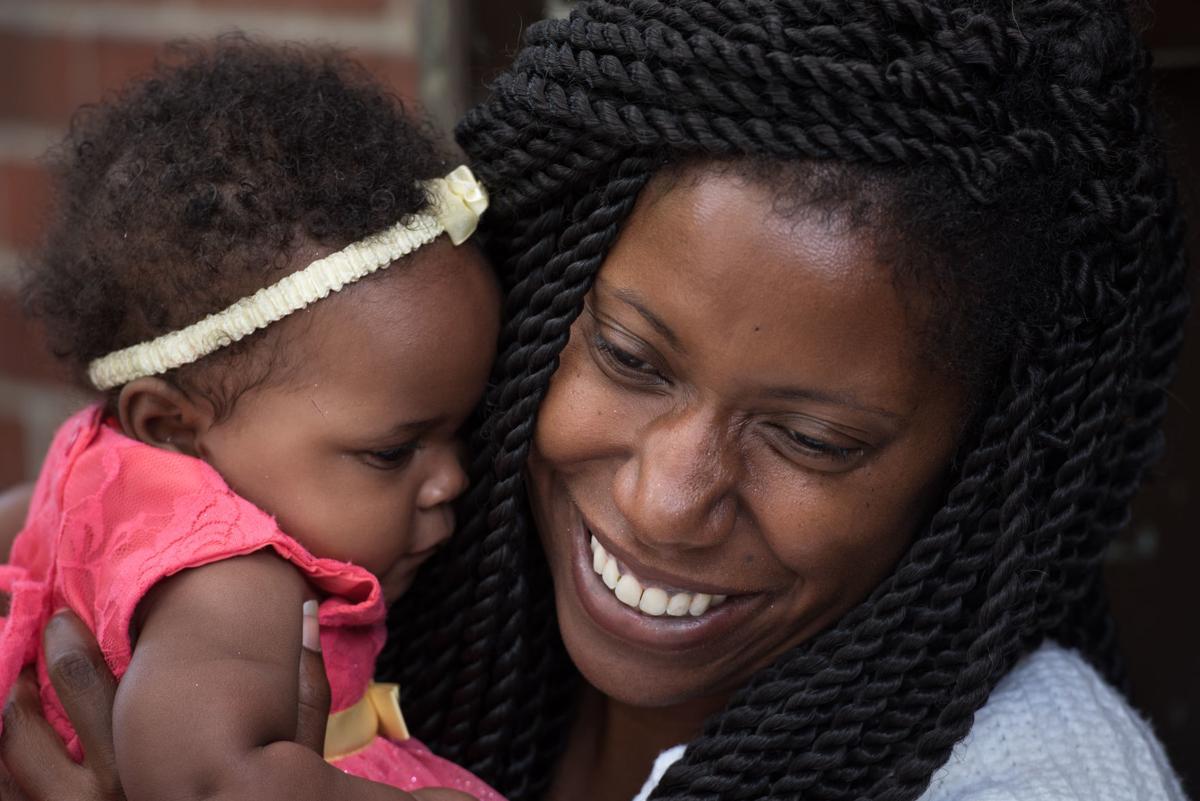 Billie Andrews, a social worker with Providence Family Support Center, holds 3-month-old Da’Nayzhia Tracey during a home visit with Hazel Horne on June 9, 2017 in Fineview, a neighborhood in Pittsburgh, Pa. Horne is raising her two grandchildren and getting parenting support from the family support center. 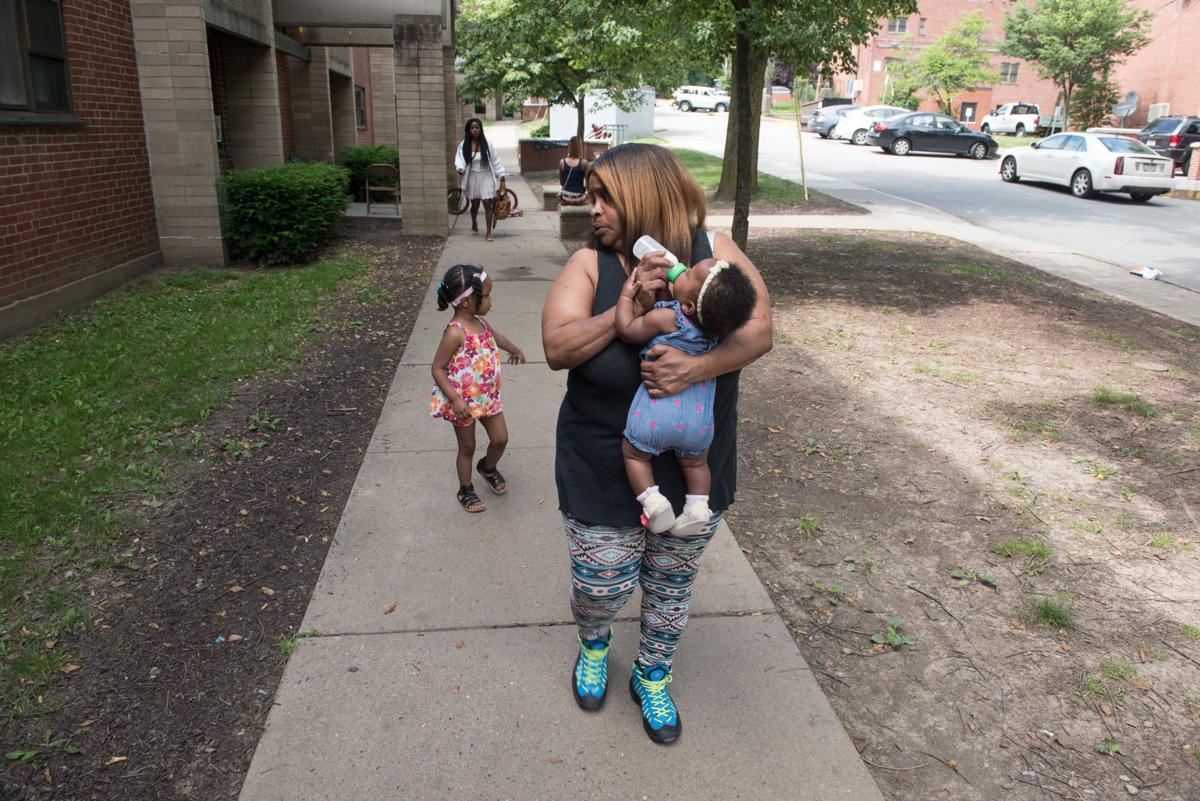 Hazel Horne, 56, holds her 3-month-old granddaughter, Da’Nayzhia Tracey, as her granddaughter, Trinity Glenn, 3, follows behind as they walk to the nearby playground on June 9, 2017 in Fineview, a neighborhood in Pittsburgh, Pa. Horne is raising her two grandchildren and gets support from the Providence Family Support Center. 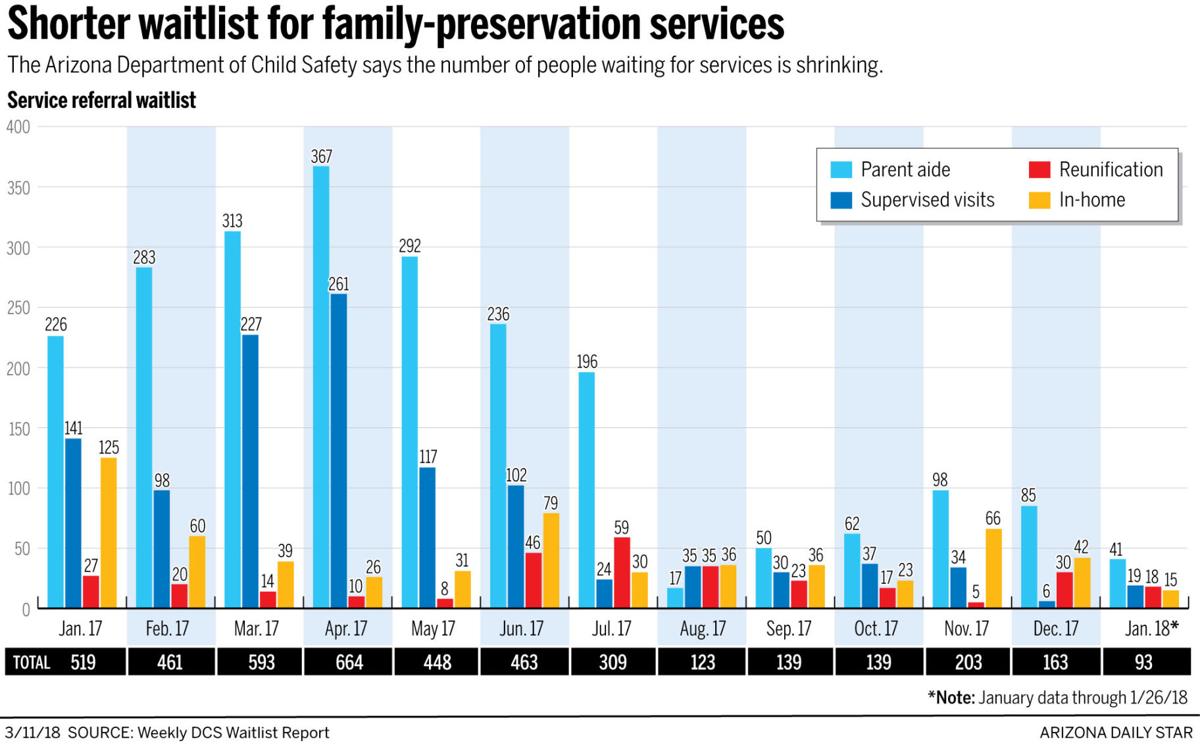 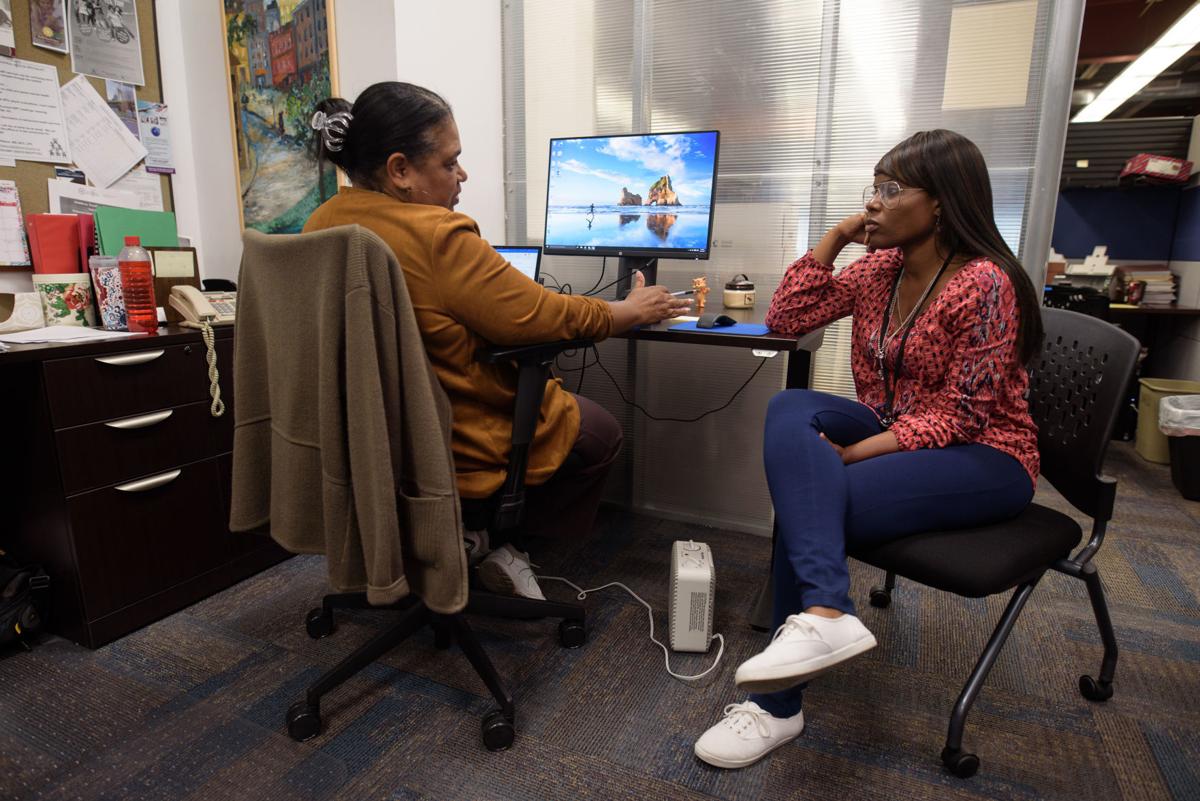